The Lorraine 37L Antichar is a French experimental tank destroyer, hastily developed during the Invasion of France as a stopgap measure in an effort to boost the strength of the army. In the upcoming major update, tankers may look forward to the arrival of the Lorraine 37L to the lower ranks of the French ground forces tree in War Thunder!

Briefly: An experimental French tank destroyer based on the Lorraine 37L tractor, fitted with a powerful 47mm anti-tank cannon.

During the German invasion of France in mid 1940, the French army suffered heavy losses, especially when it came to its armoured vehicles. As a result, several urgent attempts were made to create improvised combat vehicles from resources available to French engineers in order to bolster the strength of the army, which faced a seemingly unstoppable invasion.

One of these projects was the conversion of the Lorraine 37L tractor into a tank destroyer by fitting it with a 47 mm SA37 anti-tank gun. The conversion took little time, with the prototype being ready in just a few weeks, however by the time construction was completed, France had already fallen. As a result, the prototype never saw combat action and was instead captured by German forces following the occupation. 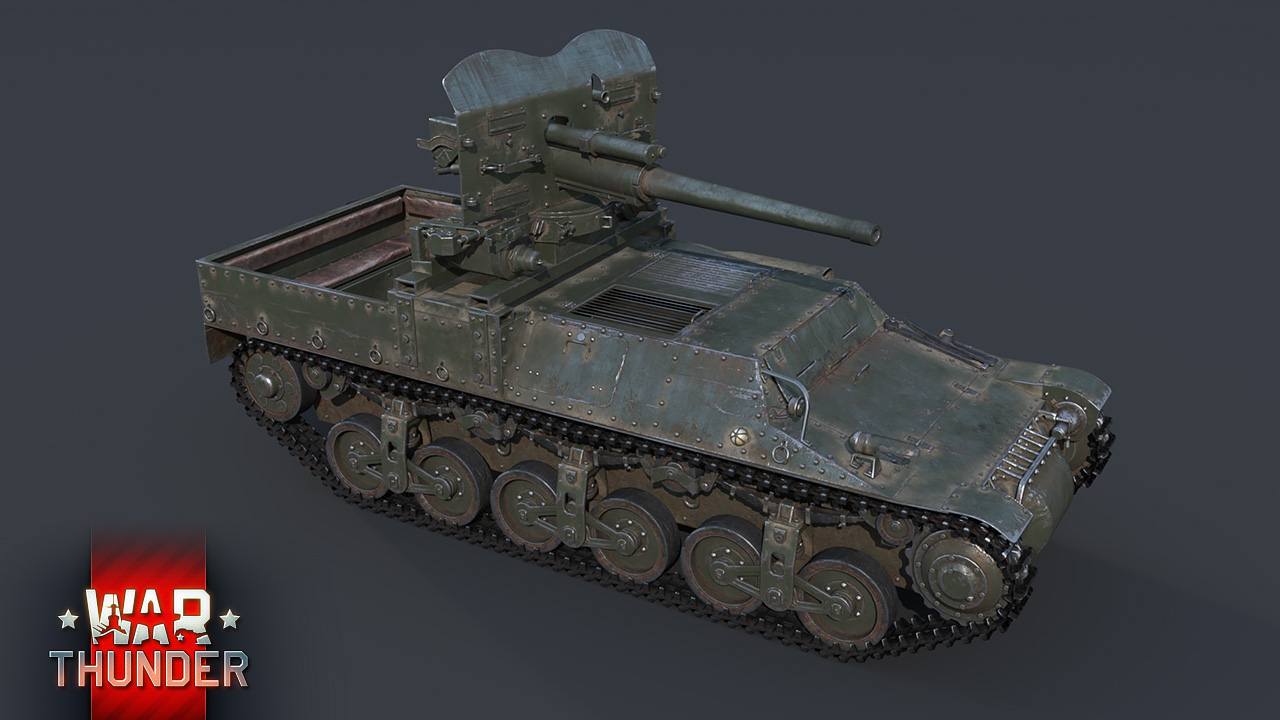 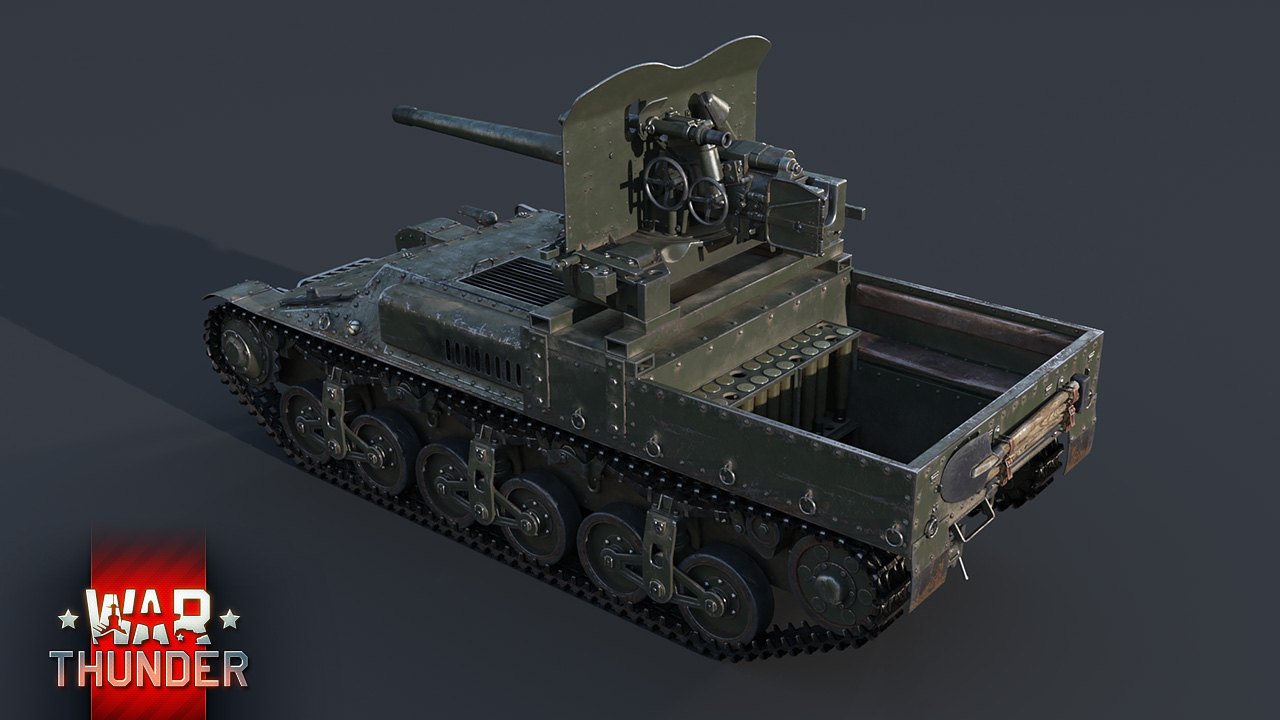 Outfitted with an excellent anti-tank cannon, and featuring a small profile, the Lorraine 37L has all the right traits of a deadly tank hunter and will undoubtedly become the bane of many tankers in low ranked battles.

The Lorraine 37L is armed with a 47 mm SA37 anti-tank cannon, capable of traversing 34 degrees to either side of the vehicle’s horizontal axis. Unlike other 47 mm cannons most familiar to French tankers, the SA37 cannon features vastly better ballistic properties, possessing a higher muzzle velocity and penetration capability. In fact, its AP rounds can punch through 94mm of armour at close range  - more than enough to knock out most of the opposition this vehicle will face in battle.

In addition, having an open fighting compartment allows the Lorraine 37L’s crew to comfortably operate the cannon, resulting in an excellent reload rate of just 4s! However, the open fighting compartment doesn’t just give the vehicle’s crew a lot of freedom to operate in - the same applies to the gun itself. The cannon possesses fairly good vertical firing angles too, ranging from -13 to 16.5 degrees. As a result, tankers can effectively utilise uneven terrain to further conceal their small vehicle while still being able to send rounds down range.

Fun Fact: The reliable chassis of the Lorraine 37L tractor led to the creation of several German conversions of the vehicle, ranging from tank destroyers, over SPGs to observer vehicles.

However, while its open fighting compartment does bring with it several advantages, its biggest disadvantage is the protection it offers for the majority of crew housed within - namely, none. As such, the Lorraine 37L is extremely vulnerable to all types of enemy fire, especially shrapnel from artillery shelling and aircraft. Thus, tankers are best advised to keep well clear of the heat of combat as their vehicle is anything but suited for close quarter brawls!

Furthermore, being based on a tracked tractor chassis, the Lorraine 37L doesn’t exactly excel when it comes to mobility. Weighing in at 7.2 tons and being powered by a 70 hp engine, the Lorraine 37L can attain a top speed of 35 km/h. This limitation in mobility once more emphasises the Lorraine 37L’s role as a second line support vehicle, providing accurate and deadly covering fire for its allies on the frontline.

Commenting is no longer available for this news
Rules
Andrew980310
110

How exciting! Exactually what French tech tree needs. I will put it in my French 10.7 lineup ASAP and this can be my Leclerc back up vehicle!

You funny, I will ban you last.

imagine this in 10.7 yeah and heli EC fix wow

what a cute tractor!

BlueBeta, exactly, please give the american M-8 as a low tier premium

That's what I was gonna say!!! It's freaking adorable.

Nice blogdov, but Battlecruisers yes or no ?

Hmmm perhaps Bc when not go fully monke

NEXT!!!! Cute lil tractor though :D

Not so fast. :D :D Ill can not so fast earn money how I payed for premiumvehicles. :D :D :D

Nice addition to the game! I hope more ww2 stuff

this is kinda epic

modern_primat, It should be an event or squadron vehicle IMO

Is it possible that Battlecruisers will come in this update?

not to give you false deception, but usually the new tree are release in one of the major up-date of the year. which the next one is for december. we just got the first devblog of the next up-date winch should come somewhere in December. and in the CDK data, there should also be the winter events vehicles hidden there. so we are likely to see a new tree, possibly the french or Chinese Navy along some new ground and air vehicles spread in all tree

CaID, I hope so

That would be most welcome especially if EC could become a permanent mode for BIG NAVI, erm sorry BIG NAVY

where's the top tier stuff we so depseretly need for this nation ?

Guys, you all complain that we don't get enough low tier and then when we get low tier you say that we need high tier. Just be happy we got a devblog and be excited that this little tractor is damn cool and damn cute.

OrangetailGaming, i agree this tractor is awesome and we have been getting top tier every update and this is only the first devblog

meanwhile im still waiting on Type 99A or Type 99 as we were promised when China was released.

OverseerAlbedo, I guess gaijin devs played a prank on the other gaijin devs who were in China to ensure tank characteristics accuracy via PLA documents by sending them Tianmen Square documents through email which shortly led to their arrest by the chinese police.