The PTZ-89 is a Chinese tank destroyer, developed during the 1980’s in an effort to produce a combat vehicle capable of defeating some of the most common second generation MBT’s at the time. Soon, this deadly marksman will join the top ranks of the Chinese ground forces tree with the release of the upcoming major update "New Power"!

Briefly: A late 1980s Chinese tank destroyer, equipped with a powerful 120 mm cannon and sporting good mobility at the expense of armour protection.

In the late 1970’s, Chinese engineers began developing a new combat vehicle which would be capable of defeating some of the most commonly used second generation main battle tanks, such as the Soviet T-62 and T-72, among others. The basic design would be that of a turreted, lightly armoured yet mobile tank destroyer.

Development work was slow and dragged itself through the first half of the 1980’s for various reasons, including lack of funding. However, by the late 1980’s, the project picked up pace again and several prototypes and pre-production vehicles were built for testing and evaluation.

Following a successful testing phase, the PTZ-89, as it became known, was approved for production in early 1990, with small-scale production commencing and the first vehicles reaching units in 1991. With the end of the Cold War, however, the need for a vehicle such as the PTZ-89 diminished, leading to an early production stop in the late 1990s. 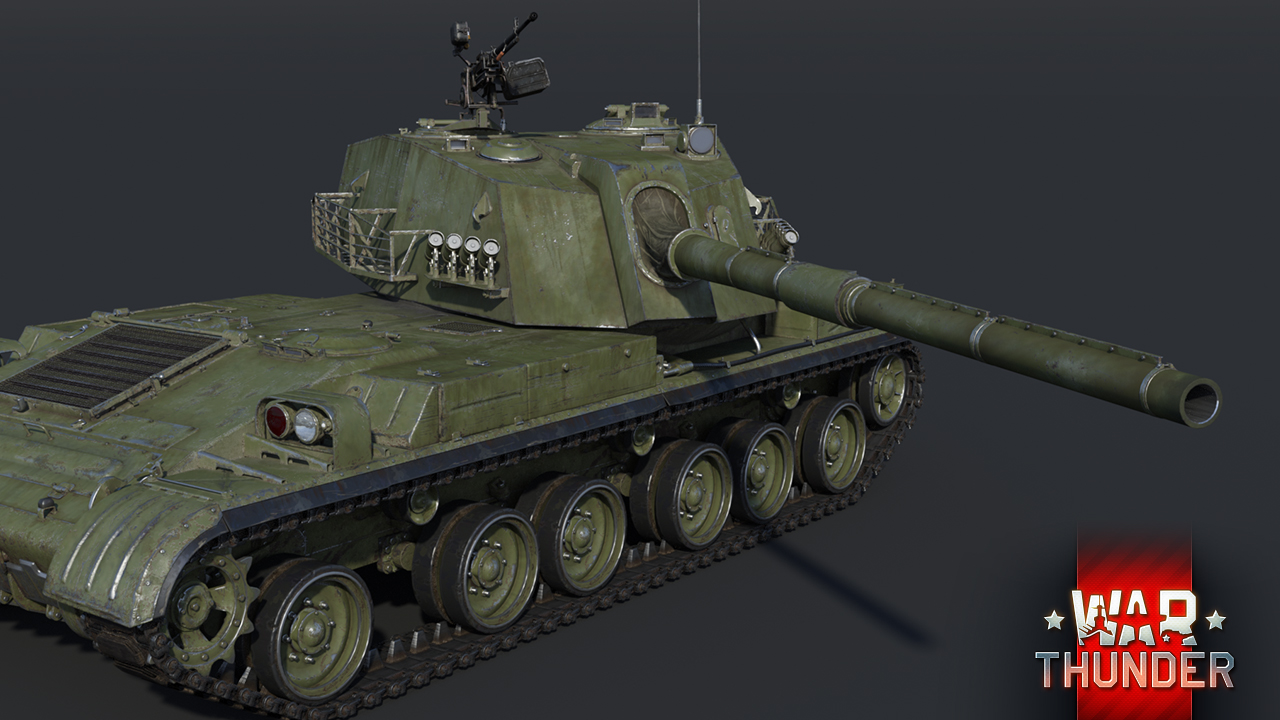 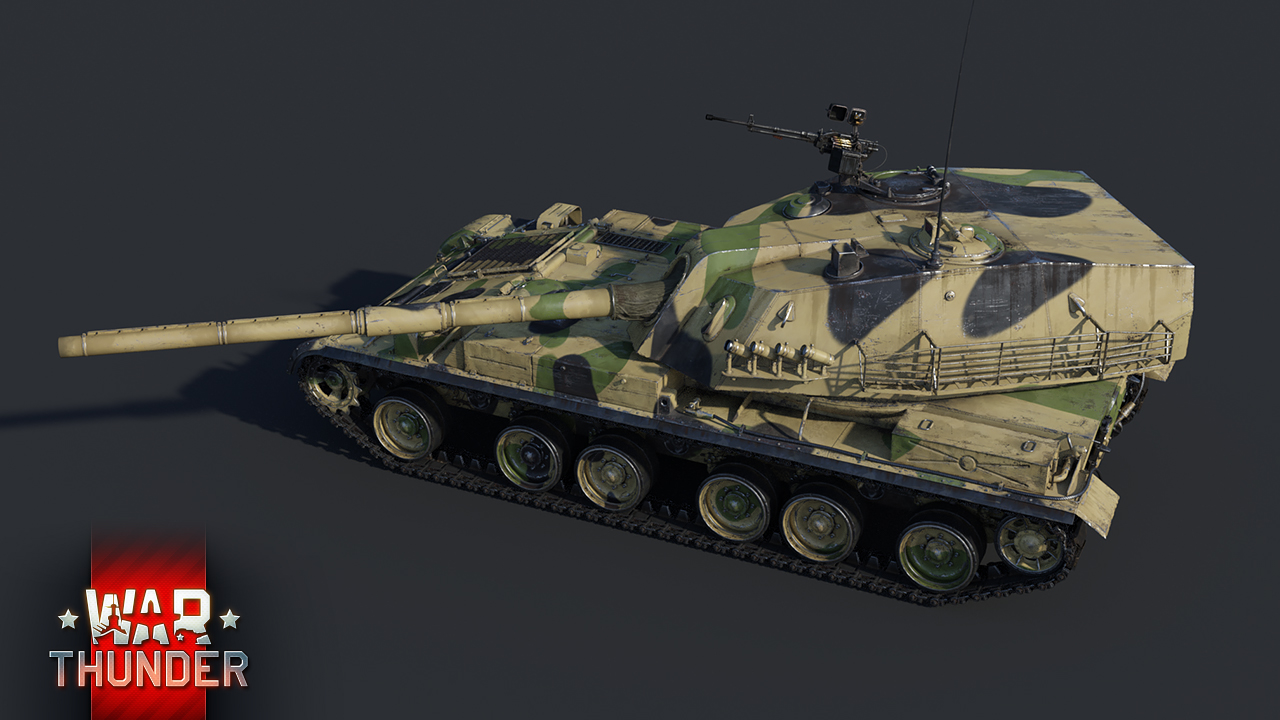 In War Thunder, the PTZ-89 will be a new tank destroyer arriving to the game as part of the upcoming “New Power” update, subsequently also becoming the new crowning jewel of the Chinese tank destroyer line. Being a domestic Chinese tank design, the PTZ-89 places emphasis on firepower and mobility, relying on its devastating cannon to knock out its opponents and quickly changing positions to avoid detection by its enemies!

The PTZ-89’s standout feature is its two-plane stabilised 120mm smoothbore cannon. Firing primarily sub-calibre munitions, the PTZ-89 possesses one of the highest muzzle velocities in the game, giving it superb penetrating power as a result.  Lastly, a punchy 12.7 mm heavy machine gun and eight smoke launchers round off the PTZ-89’s weapons arsenal.

However, while PTZ-89 commanders will unlikely need to worry about scoring penetrating shots on enemy armour, neither will the enemy need to worry about scoring penetrating shots against the PTZ-89 in return. This comes mainly due to the fact that the PTZ-89 has extremely thin armour protection all round. Being only protected by, at most, 35 mm of steel at the hull front, the PTZ-89 is at best protected from machine gun fire and shrapnel, while dedicated anti-tank cannons, missiles and rockets will have no issues reducing the vehicle to a burning pile of scrap metal.

On the flip side, the lack of armour does allow the PTZ-89 to have a much lower combat weight of 31 tons in comparison to most other MBTs. Coupled with the 520 horsepower diesel engine, the PTZ-89 can achieve a top speed of 56 km/h on roads as a result. This means that aspiring commanders of this machine need to treat the PTZ-89 as a classic ‘glass cannon’, with a hit ’n’ run style of gameplay. In other words, making good use of the lethal 120 mm cannon to knock out your opponent and relocating before you engage the next one is a surefire way of making the most of what this vehicle has to offer!

The PTZ-89 is soon arriving to rank VI of the Chinese ground forces tree, with the release of the upcoming War Thunder “New Power” update. In the meantime, make sure to stay tuned to the news for all the latest developments surrounding the next major update coming to the game very soon. Until then, happy hunting tankers!

not the same thing)

thats nice and all but can you finally fix the type 93? the thing cant hit anything, it has *0.2* kill rate!

Poor italian missiles rarely do anything too this patch

So last update we got the CM-25on the TD branch. Now we're getting this thing on the TD branch as well. It's like Gaijin is heading towards a top tier TD for China. What could it be? I know China has a number of wheeled glass cannons such as the Stryker or Centauro.

Finaly China gets some love just they have SPAAG wit hardar it will be perfect.

now, will it have it's inferno ammo with upgradable black napalm round

chewbaccy, Napalm is just a burning slime, tanks are not affected by it unless it is used in a bomb that is dropped directly above, then it may or may not burn inside of the tank, of which I actually don't know if possible or not. But with shells...those sound like anti-personnel shells

this was on the chinese server last update. do you guys just not want the tree to grow in any meaningful way or do you just lack information?

If I recall correctly, the Chinese server for War Thunder was actually being run and developed by a completely different team. Hence why a dedicated Chinese tech tree was put out for several years before the global server even had any start to a Chinese tech tree.

Rooftop_Korean, Exactly. People seem to just forget that it wasn't really a planned tech-tree, it just so happened that the licence for the Chinese servers ran out, and so they added it to the main game because there's no reason to just throw it away