The Type 75 is a Japanese self-propelled howitzer, developed in the early 1970s for the JGSDF. Still serving as one of Japan’s primary mobile artillery units to this day, the Type 75 SPH will soon become available to all Japanese tankers, coming soon to War Thunder as part of the upcoming update 1.91 "Night Vision"!

The Type 75’s design was largely based on that of the existing Type 74 SPG and Type 73 APCs, sharing many components and even assembly lines, all in an effort to reduce costs and save resources. Development was split between two Japanese companies, with Mitsubishi Heavy Industries developing the chassis, while Japan Steel Works developed the turret and cannon.

Production of the Type 75 commenced in 1975 and went on until 1988, when all of the initially ordered 201 units were built. Although the Type 75 is still in active service with the JGSDF since their initial introduction in 1975, the number of units has gradually been decreasing in recent years as the Type 75 is slowly being phased out and replaced by the Type 99 155mm self-propelled howitzer.

The Type 75 has not yet participated in any combat operations during its service life and has been exclusively operated by the JGSDF thus far. 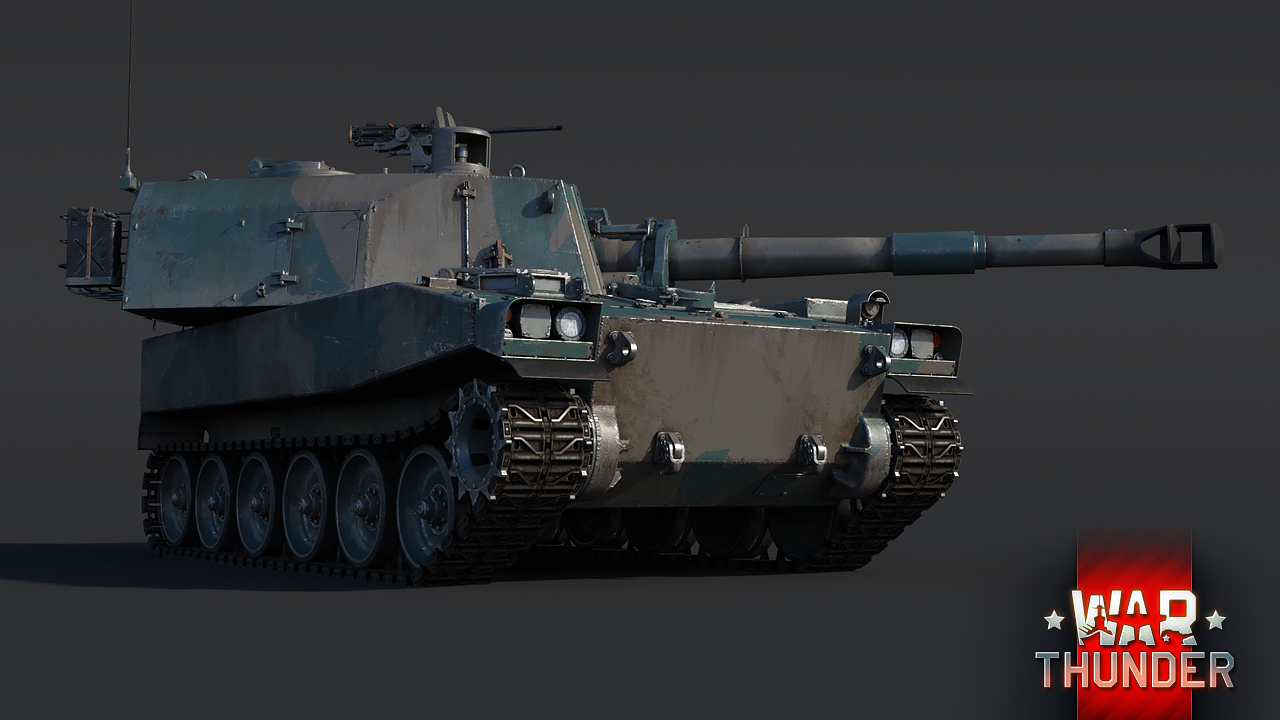 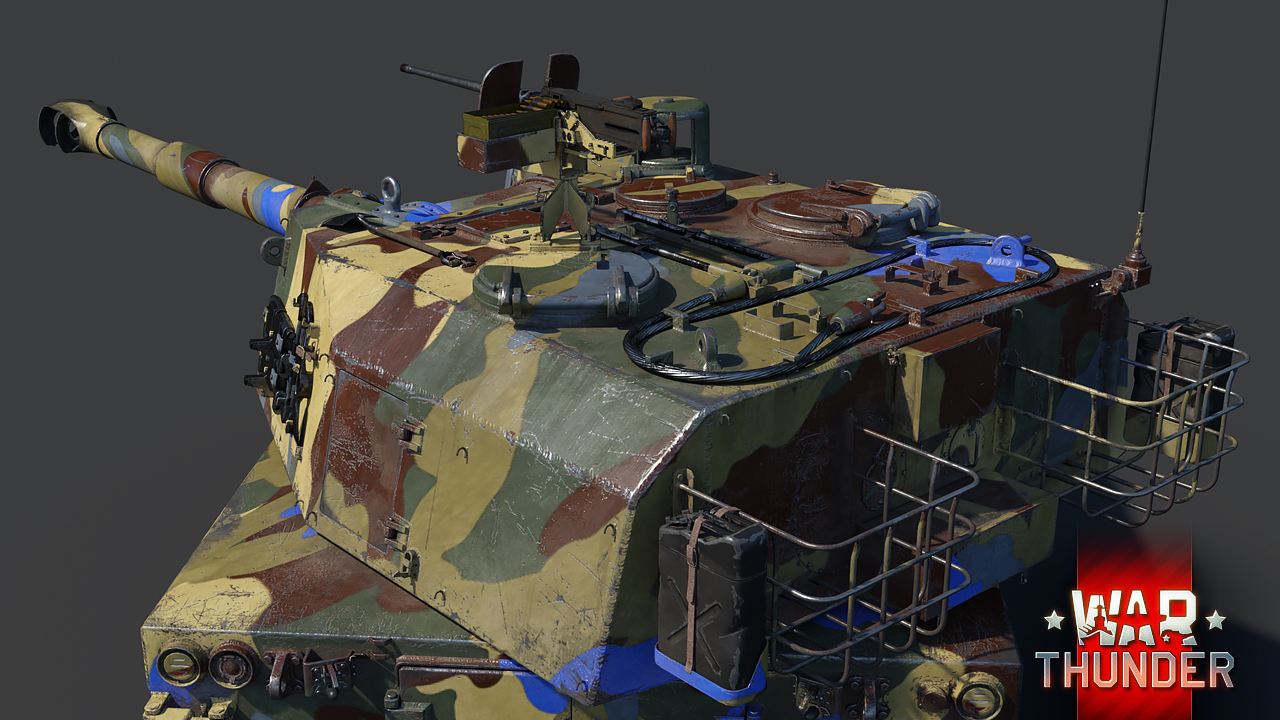 In War Thunder, the Type 75 will be a new SPG, coming to the game as part of the next major update and will become available to all tankers at rank V of the Japanese ground forces tree. Combining the destructive power of a massive 155mm howitzer with a high rate of fire and a very nimble chassis, the Type 75 is bound to quickly find many fans among tankers who enjoy simply blasting away bits and pieces of tanks with big guns!

The biggest and most noticeable feature of the Type 75 is of course its 155mm NSJ L/30 howitzer. Although generally performing similar to other canons of this caliber in the game, tankers will have access to several key features on the Type 75, which distinguish it from other vehicles of this class in War Thunder. Namely, the Type 75 is fitted with a fully rotatable turret, giving it far more flexibility and tactical opportunities in engagements than other SPGs in the game. Furthermore, the Type 75 is also equipped with a drum-fed autoloading mechanism for its main gun. As a result, the vehicle has a flat 10 second reload time before the next round is ready to reduce another tank to ashes. Thanks to this handy feature, the Type 75 is also the first SPG in the game to offer such a fast reload for this gun caliber.

In addition to all these handy features, the Type 75 has yet another ace up its sleeve. Apart from standard HE and smoke rounds, the Type 75 offers a unique high-caliber HE round with proximity fuse, set to detonate in the close vicinity of a vehicle. As a result, future commanders of this vehicle won’t necessarily require a direct hit on target to knock out their opponent. Instead, a close ‘miss’, preferably directly above the target where its armor is thin, will be more than enough to knock it out for good.

However, while the Type 75 can certainly more often than not destroy its targets with a single shot, it too will mostly meet its demise in a similar fashion. This comes mainly as a result of its thinly armored hull and turret, with armor thicknesses going only up to 30mm, while the lesser protected parts of the vehicle are protected by 25mm of armor. As a result, tankers will instead need to rely more on the vehicle’s good mobility to keep them out of harm’s way. Thankfully, the Type 75 can reach top speeds of up to 47 km/h on roads, while also being capable of reaching a respectable 16 km/h in reverse thanks to its 450 horsepower diesel engine.

Commenting is no longer available for this news
Rules
War_Gaming_RUS
25

Dear moderators. Can we expect more self-propelled howitzers in the future?

Dear god would I love a Sexton in the British tree. It was capable of direct fire, after all.

As long as we dont get WoT style artys I am fine whit them working as derp cannons.

We do not have plans for anything like that.

Stona_WT, I wouldn't mind allu2000's method of atrillery, in fact I think it would be an interesting new part of the game.

InfinitoMortem, a mechanic for artillerys could be something like in battlefield 3/4 rocket artillerys have that you have screen for gunner that shows map and it could show map generally and marked enemies would be highlighted or something like that

Wainting for the M109 Paladin and the sexy Palmaria :)

Please implement a mechanic for indirect fire. That's what artillery actually made for you know

Why? Indirect fire sights would just cause people to sit behind their spawns where tankers couldn't retaliate. Just because it existed doesn't mean it's a good addition to War Thunder.

Flipped_StuG, You can counter them with CAS or your own Arty. Also implement this would bring more action in to the gameplay, campers who sit always on the same place would get a hard time after being spotted by allies to , which is a good thing for gameplay I thinks.

F##k no, we don't need a wot situation in war thunder

I do hope we will see more vehicles like this. They are fun and challenging to play.

ah, the joys of high calibre HE shells, count me in!

Yeah but i bet you it will still be worse than the HE shells russian tanks use :P

Abaynia, Except it isn't. And if they decide to add Type 75 HE which has roughly 200 m/s better than the one on devserver (565 m/s) it going to be much easier to aim in this thing.