The AMC 35 is a French interwar cavalry tank, designed and manufactured by the famous Renault company. Although the vehicle was quite modern for its time, lack of numbers, inexperienced crews and frequent mechanical breakdowns meant that the AMC 35 never truly managed to shine in its full glory.

The AMC 35 started off as a redesign of Renaults previous project, the AMC 34, after it was deemed insufficiently armoured to withstand hits from anti-tank guns and unable to receive any armour upgrades. In March 1936, Renault delivered the first prototype of the redesigned vehicle for testing, designated AMC 35. Extensive testing showed that the vehicle suffered from frequent mechanical breakdowns, leading to the vehicle being classified as unfit for production and active duty by the testing committee. However, as the remilitarization of the Rhineland deeply concerned the French cavalry, an order for 17 (later expanded to 50) vehicles was placed, in spite of the concerns raised by the testing committee. Nonetheless, production started and the first AMC 35 was delivered to cavalry units in November 1938.

Prior to the outbreak of WW2, no AMC 35 tank was in active service with any unit, despite being in the inventory of the Cavalry. Instead, they were part of the reserve materiel. However, once German forces successfully broke through at Sedan in Spring of 1940, the AMC 35, along with other reserve vehicles at the time, was mobilized and sent to the front. Once there, the mechanical unreliability of the vehicle came once more to light, with many crews experiencing breakdowns and poor cross-country mobility. Furthermore, the armour protection of the tank proved to be no real upgrade compared to the AMC 34, as even light anti-tank guns, such as the 37mm PaK 36, were more than capable of destroying the vehicle. The limited number of export units used by the Belgian army experienced identical issues when faced off against the advancing German army. Once Germany occupied the Benelux states and France, some captured AMC 35 hulls were taken into service by the Wehrmacht, however only for training purposes. In the end, around 50 AMC 35s were ever built, with most being either destroyed in combat or left behind by their crews after experiencing mechanical failures. Although the vehicle was ultimately deemed a failure, it did show what it meant to rush an unfinished design into production. Being a vehicle that had potential in its infancy, it’s hard to say what the ultimate outcome of leaving the design to mature would have been, but it’s almost certain that it would have been better than what actually went down in the history books. 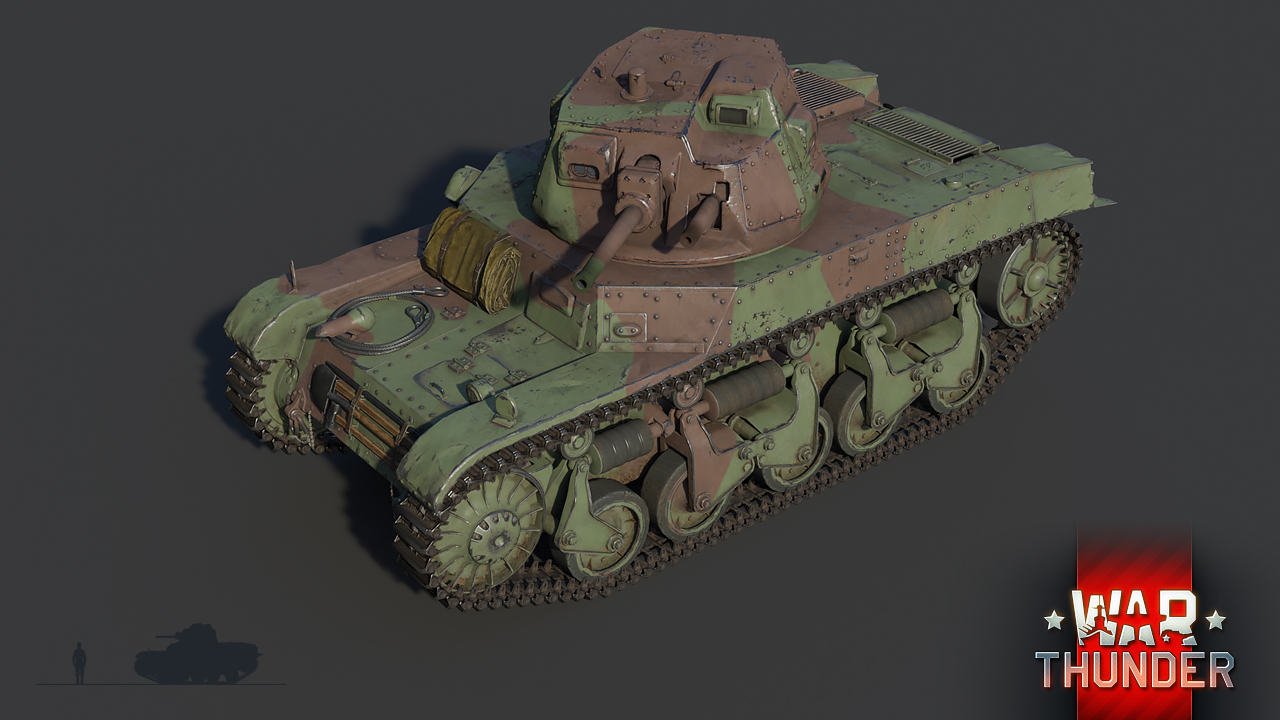 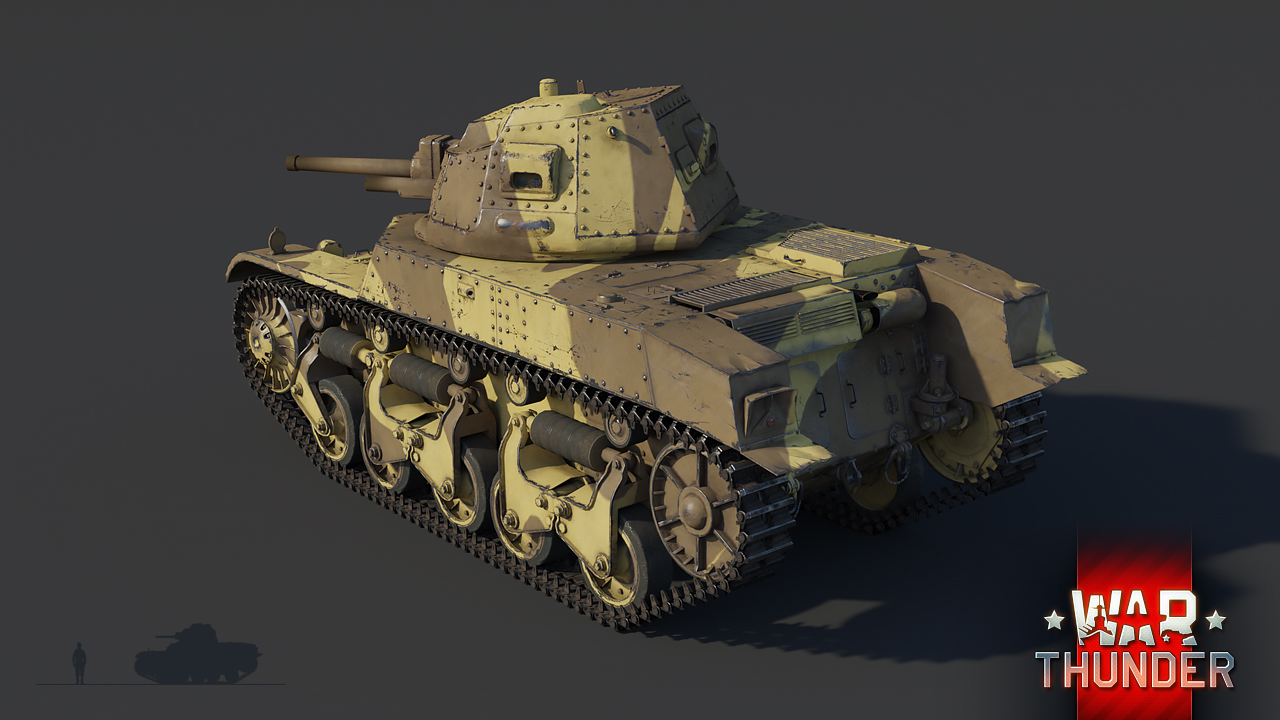 In War Thunder, the AMC 35 stays among the first tanks available for players in the French ground forces tree. Fortunately for its commanders in game, they don’t have to worry about the frequency of mechanical breakdowns the vehicle suffered from in its actual service life, as these issues are not reflected in War Thunder. Instead, tankers can focus on making full use of the vehicle’s good mobility and firepower to bring chaos and destruction to the enemy ranks. Powered by a 180 horsepower engine, the AMC 35 is capable to reach a decent top speed of 42 km/h. While most other vehicles of the same rank and type can exceed those speeds, that ability can often lead to just a quicker demise instead of success. Thus, commanders of the AMC 35 don’t need to constantly make important battle decisions on the fly, but instead, they can calmly asses the situation and act accordingly, without worrying about making any hasty decisions. Once you found yourself in a combat situation, the 47mm SA 35 cannon will, with some assistance from the players side, take care of whatever is currently in its sights. The cannon’s ballistic properties are above average when compared to the most commonly used anti-tank guns on the lower ranks, making it not only the perfect choice for the AMC 35, but also a very competitive cannon for the starting ranks overall.

However, even in game, the AMC 35 is bound to come with some weaknesses that will limit its potential. While the vehicle isn’t suffering from random power outages, a lack of horsepower is still something commanders of this tank will feel at times, especially when going off-road with the AMC 35. The lackluster power to weight ratio will occasionally restrict players from performing surprise attacks from unexpected angles, like steep hills for example, or traverse rough terrain. Furthermore, as it’s to be expected from a low ranking light tank, the armour protection is thick enough to stop rifle caliber bullets from penetrating the vehicle. Anything larger than that, like say a 37mm AP round, will have no trouble going through the armour and jeopardize the wellbeing of the three man crew inside the fighting compartment.

Nonetheless, the AMC 35 has set out to join the starting ranks of the ground forces branch of the French research tree with War Thunder update 1.75 ”La Résistance”. Are you excited to play this new machine of war, or is has something else robbed all of your attention? Let us know in the comments!

Commenting is no longer available for this news
Rules
Finarvas
0

This is a fun little vehicle. Not great but totally ok! I feel like it's missing a crew member tho but maybe that's historically correct.

I hope you give us the one with the 13mm on it.

I just want to register, the R.39 and the H.39 are easily the worst tanks, like, ever. They combine every single negative aspect a tank could possibly have, they have the armor, crew, main and secondary guns of a light tank and the movement, profile, turret turning rate and reloading time of a heavy tank, no, wait, WORSE than a heavy tank. It's only type of shell has the penetration of a HE shell and the damage of an AP shell, no wait, WORSE than an AP shell. No, seriously, they are a disaster.

I unironically think that they are the one reason why france got pwned so easily in WWII.

Oh, could you put some more really hobble tanks in the game I love tanking half the match to get where I was going only to be killed with one shot!!!! Oh, comrade, we need to a bunch more crapy tanks so we can show ever one how Russian tanks are so superior!! Your game is a joke!!!

Whats even better than that is getting all your tanks taken out be for the match is half over thank you war thunder for reminding what fun is! The only other time I had this much fun was when I passed a kindy stone just epic fun I love It!

So basically it's half stuart, half pz4 and half.. well..french tank..