The FCM 36 is a light infantry tank developed for the French army by the FCM company in the mid 1930s. Due to its complex armour layout the vehicle was surprisingly difficult to destroy, but equally difficult to mass-produce, resulting in a very limited production run. Regardless, the FCM 36 still managed to take part in hostilities throughout the war, fighting for both sides of the conflict.

In 1934, the FCM company received an order from the French army to design a modern tank for their light tank regiments. FCM was an experienced tank manufacturer, having proved themselves with work on previous projects (such as the Char 2C and Char B1), and quickly developed a new light tank design. Just over a year after the initial wooden mockup was presented and approved by the Army, the first prototype was tested in April 1935. During the one year testing period, multiple changes were made to make the vehicle more reliable, lighter, and better protected.

In July 1936, the FCM 36 was declared the best of three competing vehicles (which included the Hotchkiss H35 and Renault R35), although all three vehicles were still produced. But due to the Rhineland crisis in May 1936, the FCM company received orders for 100 of the FCM 36 tanks before it was even proclaimed the winner of the competition. Production of the FCM 36 did not begin until 1937, after tests of an improved version failed to produce the desired results. The first FCM 36 tanks left the factory floor in May 1938, and joined the ranks of the Army the following year. After the initial order of 100 vehicles was fulfilled, production was discontinued in favour of the Char B1, (also manufactured by FCM).

During the Invasion of France in 1940, the 100 FCM 36s in service with the French army saw limited success against the latest German armour—most notably the Panzer III. Although both vehicles offered similar overall performance, long tank battles against the Panzer III often resulted with neither vehicle able to achieve a fatal blow against the other. Unfortunately, the welds of the FCM 36’s heavily angled and complex armour would eventually break from extensive and repeated battle damage, which left the Panzer III as the victor in the long run. During the German occupation, the FCM 36 was initially used by the German army as a training or reserve vehicle. In 1943/44, 37 captured FCM 36s were converted into tank destroyers or self-propelled artillery pieces. 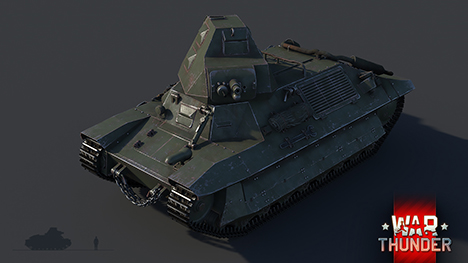 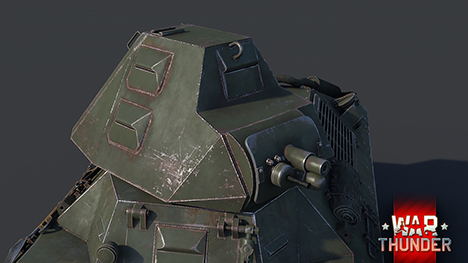 The FCM is a small, oddly shaped tank with a relatively small cannon. But the FCM 36 was a diamond in the rough—unimpressive from a distance, but capable and valuable when commanded by those who could effectively play to its strengths on the battlefield. The key advantage of the FCM 36 is its 40mm-thick and uniquely angled armour, which gives it an effective thickness above 50mm.

This may not seem like a lot of armor to the experienced War Thunder player, but as a light tank in the starting ranks the FCM 36 exceeds the penetrating capabilities of some low-ranking anti-tank weapons. In addition, the FCM 36 is well-equipped for fast-paced, frantic tank engagements that frequently define the starting ranks. The FCM 36 offers good armour protection for a light tank at the lower ranks, and it needs it. Despite being a light tank, the FCM 36 has a maximum speed of just 24 km/h speed. Speed and  mobility are not its strengths.

In order to engage, strike, and destroy targets effectively, commanders of the FCM 36 need almost point-blank range. In addition, the FCM 36 has a low crew count (one driver and one commander), and is very susceptible to sustained battle damage. A single penetrating hit to the crew compartment is often more than enough to send your vehicle back to the hangar screen. Skilled FCM commanders use armour angling tactics in close quarter combat, where the FCM 36 is at its best. Avoid straying too far from allied support. Lone wolf FCM 36 commanders are unlikely to achieve anything more than a quick death. Stick with and coordinate with your teammates—nothing beats good old teamwork!

The FCM 36 offers players an interesting combination of protection, firepower, and mobility, the three of which are rarely found in a light tank. But to perform well,  commanders must think outside the box, improvise, and creatively solve problems in the ever changing battlefields of War Thunder.

The FCM 36 will be among the first vehicles players can use in the upcoming French ground forces tree. Meet the FCM 36 (and many more iconic French ground vehicles) in update 1.75 “La Résistance”—coming to War Thunder very soon!

-My head! Again! Pierre, we need to do something, we are not dwarfs. -I have an idea, hold my wine! Voila! There, additional space for head!

Obassu, it looks like the ugly duckling has coming to war thunder.

Who made this tank... Coneheads many years ago?

They were from France after all.

CINCSAC_LeMay, Yes they were, slopped armor and angled armor in a time tanks were shoes boxes like...bear in mind this unit has been built in 1933/36.

It was designed by a naval yard...

"In 1943/44, 37 captured FCM 36s were converted into tank destroyers or self-propelled artillery pieces." Mybe in a future we can see this tank in (maybe) german line too?

maybe not their line, but maybe their tree. a easy premium or reward vehicles, one of those that required 5 simple task in tank battle after entering the special code or something like that could be nice.

it look like a pyramid head :S Btw is there any new Japanese tanks coming with the French update? STA-3 or 4, other light tanks Ke-Nu, Ke-ni otsu, Ke-to, ke-ho, chi-ni, Ho-Ru etc etc plzzz ... Even just reworked STA-1 and 2 would make me as happy as Japan's getting new tanks btw lel

No Japanese tanks in this update afaik.

Hello_Kitty84845, yep, i was aware of that when i watched devs server videos on youtube, i just wanted to confirm it, too bad...

No new Japanese tanks were on the development server.

SaekoB, really? man that's sad knowing that this is the Major update i was expecting more because i know the next major update will be like the next 6 or 7 months. :S i know it is a update for France though but they usually give every nation new tanks.

the gun is a joke though, 36mm penetration with apcr

The gun is from WWI though...

French is a brilliant country - I has so many tanks that can't even penetrate itself :p

Think about it though... would you really want to be able to pentrate yourself?

I really wanted the M51 super sherman... but i didnt see it anywhere in the dev server....

The M51isnt in the game yet, only the M50 Super Sherman is