News
back to news
Development
18 December 2017

ARL-44 - A Battleship in Disguise

The ARL-44 is a post-war heavy tank project, purely intended for French engineers to refresh their knowledge on tank development after the end of the occupation period. Although the tank was developed too late to participate in hostilities, it did fulfill its purpose to serve as a base for future French tank development, giving engineers valuable experience that would be put to good use in the decades to come.

Development of the ARL-44 began shortly after the Liberation of France in 1944. The established provisional government was keen on restoring France’s influence and power to what it used to be before the war. This involved, among other things, the revival of all French military branches. The situation was looking particularly desperate for the army, as most indigenous equipment and tanks were manufactured in the 1930s and the most advanced in use at the time was equipment left behind by the Germans. The French Ministry of War decided to remedy this issue by starting the production of a so called “transitional tank”. This project was intended to bolster the number of indigenous tanks in use with the army, reuse existing tank parts and, most importantly, provide French engineers with a base on which they could “experiment” on to gain valuable experience for future tank development. Thus, in November 1944, the decision was made to design a heavy tank with relatively modest specifications. Staff from several design and manufacturing state companies were assigned to the project and work on what would become the ARL-44 began.

Initially, the new tank was required, apart from using existing tank parts, to have a weight of 30 tonnes, a top armour thickness of 60mm and a primary gun of the 75mm caliber. As the engineers were limited to using existing parts for their new machine, it very quickly became apparent that the amount of innovation that was possible for the new machine was equally limited. Thus, the ARL-44 soon took on the resemblance of a Char B1, with the exception of the turret and gun. The end of the war in 1945 didn’t stop development however, quite the opposite in fact. The design went through several changes, from increasing the armour thickness to the installation of a new engine and the new 90mm French cannon, despite the fact that there was no longer a for such a vehicle. At that point, the further development and subsequent limited production run of the ARL-44 was only used for “propaganda” purposes, with the aim of increasing the morale of the French people in the post-war period. In the end, only 60 ARL-44s were constructed and no sooner than they were introduced into service, they were also decommissioned due to, unsurprisingly, unsatisfactory performance, at the beginning of the 1950s. Despite this, the project did fulfill one of its major goals - generate experience for a new generation of French tank designers. Thanks to experiences gained from projects like the ARL-44, France would build its first true modern MBT only a decade later, serving as proof that the ARL-44 was not in vain after all. 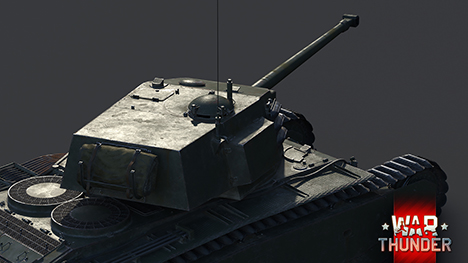 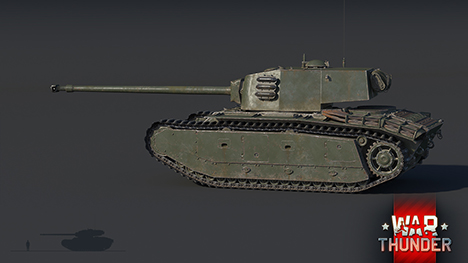 In War Thunder, the ARL-44 will take on its rightful place of a heavy tank at the fourth rank of the new French ground forces research tree. Although its somewhat old-fashioned look may deceive the occasional tanker into thinking that the ARL-44 is a pre-WW2 design and thus inferior to the tank he’s driving, his wrong thinking will quickly reward him with a “Target undamaged” pop up on his screen, followed shortly after by a devastating hit from an unforgiving cannon. Truly, the ARL-44 is a master of deception, but also a fearless warrior at the same time. It owes these qualities on one hand to its powerful 90mm high velocity gun, which is entirely capable of dealing with most threats the ARL-44 will meet in battle and on the other hand, its thick armour protection. Despite sharing some resemblance to his distant cousin, the Char B1, make no mistake, the ARL-44 is protected by a lot more armour. At its thickest, the frontal armour of the vehicle goes up to 120mm on the hull, whilst the turret doesn’t stray far away from that, with 110mm. Interestingly, due to the fact that the turret of the ARL-44 had to be made from cast steel, but no factory was able to manufacture a turret of that shape at the time, French engineers came up with a resourceful solution to address the problem at hand. They reused plates used on the French battleship Dunkerque, which was scuttled in 1942 at Toulon, welded them together and, in turn, formed the turret of the ARL-44.

Whilst the armour and firepower boxes were certainly ticked during the development of the ARL-44, the mobility aspect left something to be desired. A problem that occurred very early on in development was the use of an outdated and complex suspension system as well as tracks from pre-war tanks. These two factors alone, already limited the maximum speed of the ARL-44 to approximately 30 km/h on roads. The chosen engine for the vehicle was also far from ideal. By installing a captured 600 horsepower Maybach HL 230 engine, the vehicle was capable of reaching its top speed, but the lacking power to weight ratio meant that the vehicle’s acceleration was rather lackluster. When using the ARL-44 in battle, tankers will have to keep these things in mind. Planning your tactics in advance and setting yourself up in a good position early on in a game will ensure that you won’t have to rely on mobility, thus effectively eliminating one of your weaknesses for the time being. Nonetheless, changing positions and moving is inevitable in tank battles, so keep this in mind - The ARL-44 can get to its destination, but it certainly won’t break any speed records along the way.

The ARL-44, despite some of its shortcomings, is still a very formidable force to come across on the battlefield . The classical attributes of heavy duty protection coupled with a very powerful gun make it a very attractive competitor to some of the already well-established “top dogs” in the game. The ARL-44 is headed to War Thunder’s battlefields with the upcoming update 1.75 La Résistance!, along with a whole host of other French ground forces. Stay tuned to the news to find out more about the next major update to War Thunder! Until then!

You have to be logged in for posting comments
Toshinou
5

Typo: it says "Histroy" where it should say "History".

There are some really interesting & exciting new aircraft being added in 1.75, as seen on the Dev Server. 9 ground vehicle devblogs in a row with the only recent aircraft blogs being for ones that are already in game?! Can't you please even devblogs out a bit? Please give those of us that are interested in aircraft rather than Ground Vehicles something to be excited about? Even if it is mainly tanks being added this patch?

Some of those devblogs will probably arrive post-patch.

Time4Tea, This is one of my points though! Why?! Why should aircraft blogs be relegated to post-patch once all the pre-patch hype has past? It's very hard to be excited for a devblog for something that's already in game (sometimes even in game long enough for people to form a negative opinion about it, eg: check the recent VB.10 devblog comments) Where's the harm in a NEW aircraft devblog every 5 tanks or so just for the sake of variety?! 10 Ground Vehicle blogs now without a new aircraft blog!

Welcome to the "Old but Gold Suspension" club ARL-44! Congratulations from the Black Prince, 3 Inch Gun Carrier and the rest of the Churchill family.