The T-90A was an upgraded T-72B series tank, with significantly improved combat characteristics. You've waited for it for a long time - the new top of the Soviet lineup finally arrives in War Thunder!

In 1989, the Ural Design Bureau of Heavy Engineering developed a prototype of a modernized T-72B tank, designated as “Object 188”. The vehicle was a deep modification of the Soviet main battle tank, with a number of modern technical solutions, including a new fire control system, guided weapons, combined protection and a completely innovative electro-optical active protection system. The tank successfully passed tests and was recommended for mass production under the designation T-90; its serial production began in 1992. Meanwhile, the systemic economic crisis in Russia forced the tank builders to stop serial production of the tank. Meanwhile, research and development on a further T-90 modernization continued for the needs of foreign operators, as well as the Russian Army. Soon, when the economic situation in the industry began to improve, the tank builders combined their developments into an upgrade program, the T-90A. Unlike the basic version, the new tank featured a slightly more powerful engine, and a welded turret with improved protection. The main difference is the increased fire potential: a new cannon and a modern fire control system with an advanced thermal imaging sight. The T-90A tank was produced from 2004 to 2011. 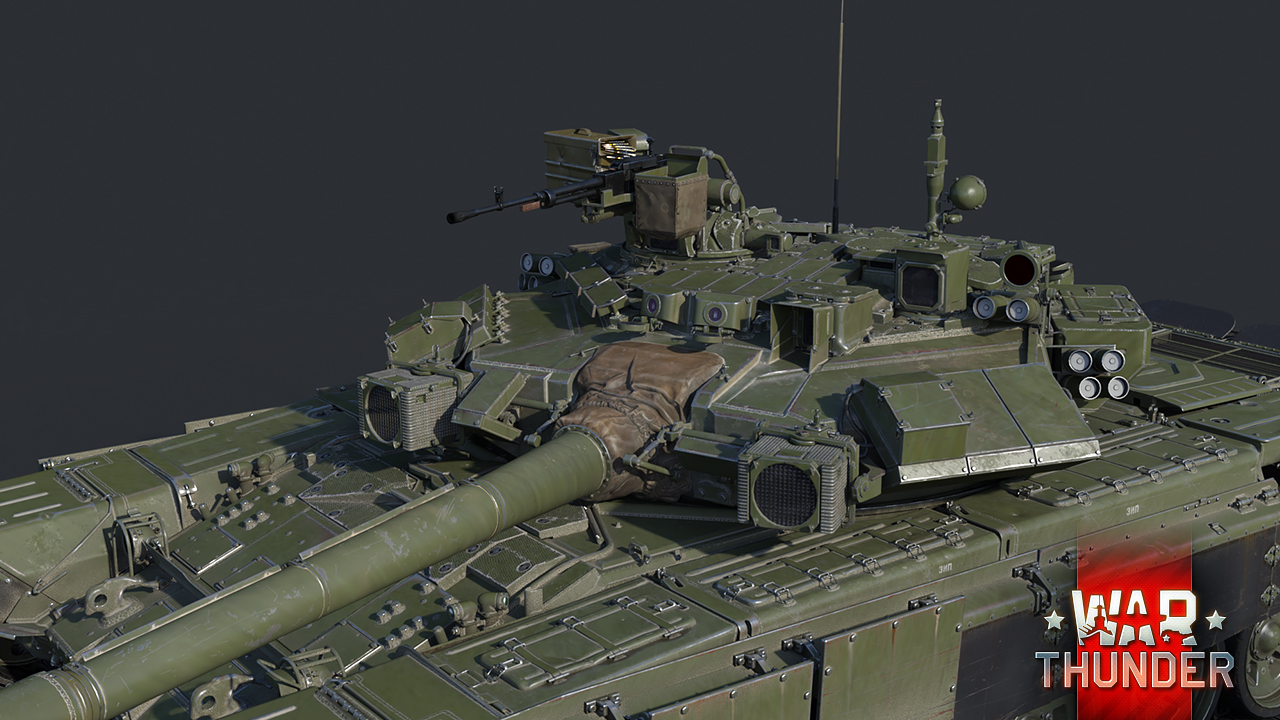 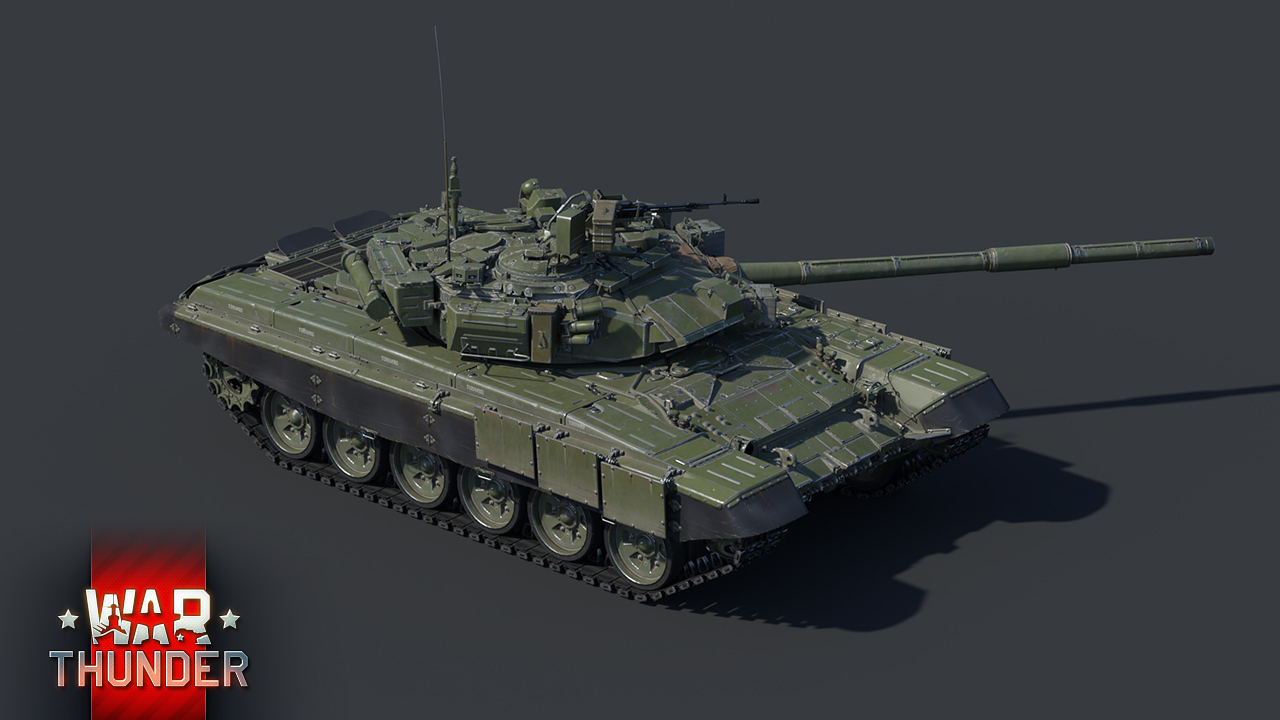 So, the T-90A finally comes to War Thunder! The new top tank in the USSR tech tree, the top of the T-72 tank line at the moment. Along with the recently added T-72B3, the T-90A is a completely modern main battle tank, with all the necessary combat characteristics for the most demanding commanders. The tank has good mobility, thanks to the 1000 horsepower engine, though still having low reverse speed, similar to other “seventy-seconds”.

The T-90A has an upgraded welded turret compared to the basic T-72 model, additionally protected by Kontakt-5 ERA units. As a result, the turret's durability has increased, but the traditional vulnerable zone in the area of ​​the gun embrasure remains. Protection here is lower than on the turret sides, but not as weak as in other Soviet tanks in higher ranks. Similar to the later models of the T-72 family, the upper frontal part of the hull contains a combined protection plate with built-in reactive "Contact-5" armor and is capable of withstanding nearly all shells hitting the front of the hull.

The gun does not differ from the previous T-72B3, but the range of available ammo is wider. In addition to high-speed ATGM’s and a good AP round, the tank has a new APFSDS shell and a programmable proximity fuse “Ainet” round - the right choice for dealing with enemy helicopters. For night battles and poor visibility conditions, the tank is equipped with an excellent second-generation thermal imager. 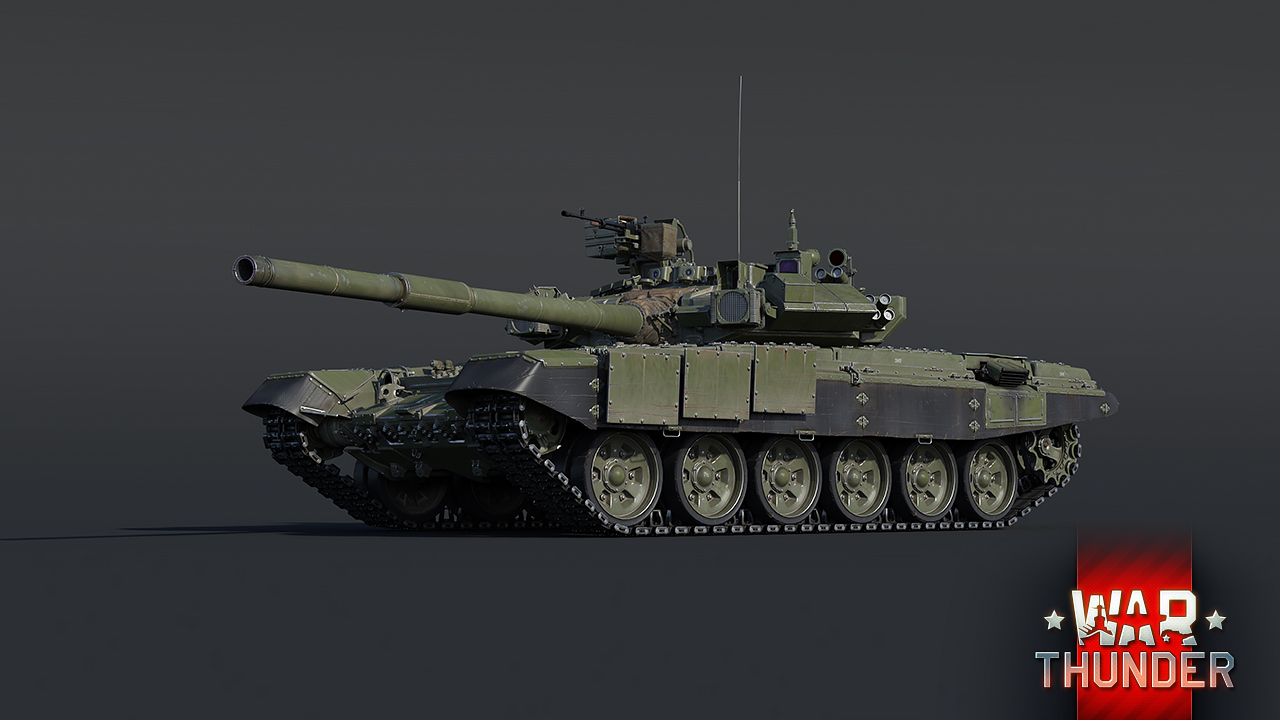 What makes the T-90A unique is the  electro-optical jammer and laser/IR warning system. Two groups of radiation warning sensors are installed on the tank turret - coarse detection sensors in the lateral directions and the rear hemisphere, as well as sensors for precise detection of radiation sources in the front projection of the turret. These sensors provide the commander with information about the direction from which the irradiator (rangefinder, guiding beam) operates on the tank. If the missile has already been fired at your tank, the optical jammer is used - the powerful infrared lights of the Shtora system transmit coded pulsed-infrared jamming to the missile control coordinator.

Interesting: The T-90A is well known for the red “eyes” of the Shtora complex IR-lights. In fact, in combat mode, the emission of these lights is not visible with the naked eye, it can only be seen on television and photo shots. Tankers, knowing how beautiful the T-90A is with its predatory "eyes", remove the IR filters before parades and showing the tank to the public.

The system works only against ATGM’s with an automatic guidance system with optical feedback, for example TOW, HOT, Konkurs, Ataka, and others. Shtora does not jam missiles with laser and laser-beam guidance, but their launch may be detected by a laser radiation sensor. The same IR-lights can also work as IR illuminators for night vision devices, however, simultaneously unmasking the tank in the infrared spectrum. The sector of action of the Shtora lights is about 40 degrees in azimuth from the axis of the gun, the vertical vector is only 4.5 degrees.

Smart weapons in War Thunder are getting smarter! Try the T-90A in top battles with the release of the War Thunder “New Power” update and master high technologies before your opponents. See you!

its iv damke without "W"

Roach9000, both are correct. /im a russian native speaker.

Give me my SEP packages for my Abroomz now dammit

Yeah, Abrams in this game are still stuck in the 90s

Dozer15, You might wanna check when the T-90 was from.

why doesn´t the coub video have the glorious russian anthem as musical background? kinda missed opportunity to be honest!

Oh God! I can just hear Life of Boris wanting this pirozhki.

Yup, Im waiting with you bro.

EDInon, EDLnon, why yes they do. USA is stuck using early 80s rounds while pretty much every nation in game is using something from the late 90s or even the 2000s. Also would like to point out that the late 90s rounds would be going up against m1a2sepv1 with 3rd gen DU armor in the turret and hull of the Abrams. So you are right USA and Britain suffers from gaijin's idea of BaLAnCe