The SEPECAT Jaguar was the result of a joint Anglo-French development project to design a new supersonic attack aircraft during the 1960’s. Coming in hot with the War Thunder: Raining Fire update, the highly anticipated Jaguar will soon be joining the top ranks of the British and French aviation trees!

In the early 1960’s, both Great Britain and France were looking into procuring a new jet trainer for their respective air forces. Despite differences in specifications and requirements, the two nations were united in their pursuit for such a new aircraft, thus leading to an agreement being signed in 1965 which would kick off development of what would eventually become the Jaguar.

The Jaguar was being developed under a specially formed consortium of British and French aviation companies, namely Breguet and BAC, called SEPECAT (you can look up what the acronym stands for on your own - we promise you won’t be disappointed though). Continuing with the theme of joint projects, Rolls-Royce and Turbomeca also joined forces to develop a new turbofan engine - the Adour - for the new aircraft.

The first of eight prototypes of the Jaguar successfully conducted its maiden flight in September of 1968. Following the conclusion of further testing, the Jaguar went into production in two major variants - the Jaguar A being the modification used by the French Air Force and the Jaguar S (Jaguar GR.1) being the variant employed by the RAF. Both variants of the machine entered production in the early 1970’s, with the first production models being delivered in 1973/’74.

The Jaguar primarily served with France and Great Britain, most notably distinguishing itself in action during the Gulf War of the 1990’s. However, Ecuador, Nigeria and Oman also operated modifications of the Jaguar, while India still operates the Jaguar to this day. In total over 540 SEPECAT Jaguars were built. 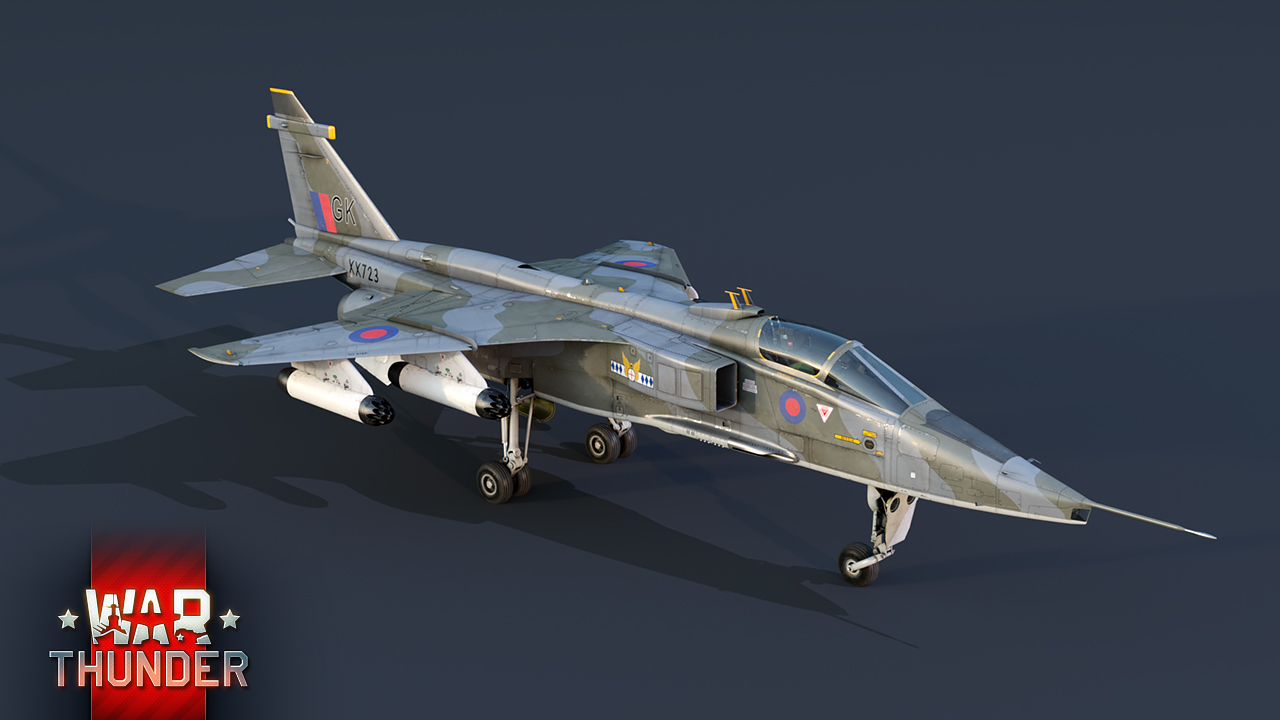 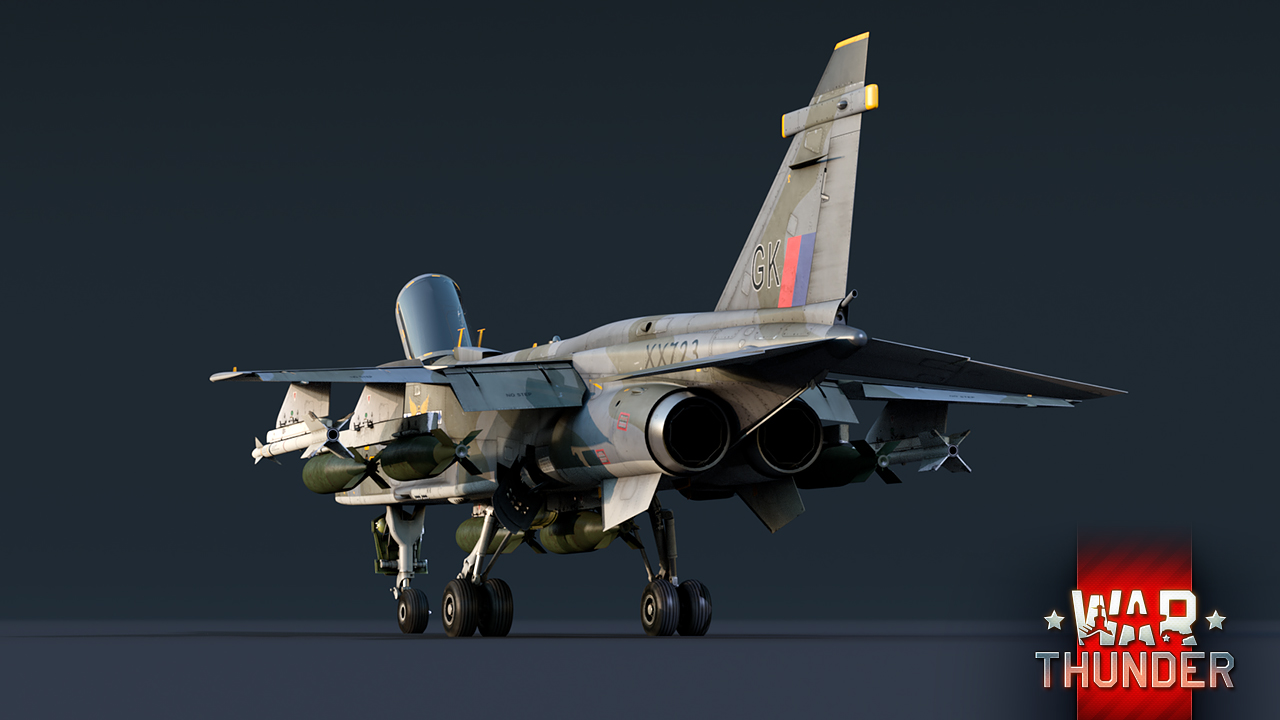 In War Thunder, the highly anticipated SEPECAT Jaguar is finally arriving to the top ranks of the French and British aviation trees with the release of the upcoming update Raining Fire. Thanks to its good handling characteristics, adequate speed and vast array of secondary weapons options, the Jaguar is set to become the crowning jewel of the French and British attacker family of aircraft upon its arrival to the game as part of the next War Thunder major update!

The Jaguar is powered by a pair of Rolls-Royce Turbomeca Adour turbofan engines, generating up to 3,348 kgf of force with the afterburners engaged. As a result, the aircraft can reach a top speed of up to Mach 1.4 (1,670 km/h). Although not exactly matching the flight performance of some other machines found at the top rank, it’s worth noting that the Jaguar is an attacker first and foremost with the ability to hold its own in a dogfight if necessary. 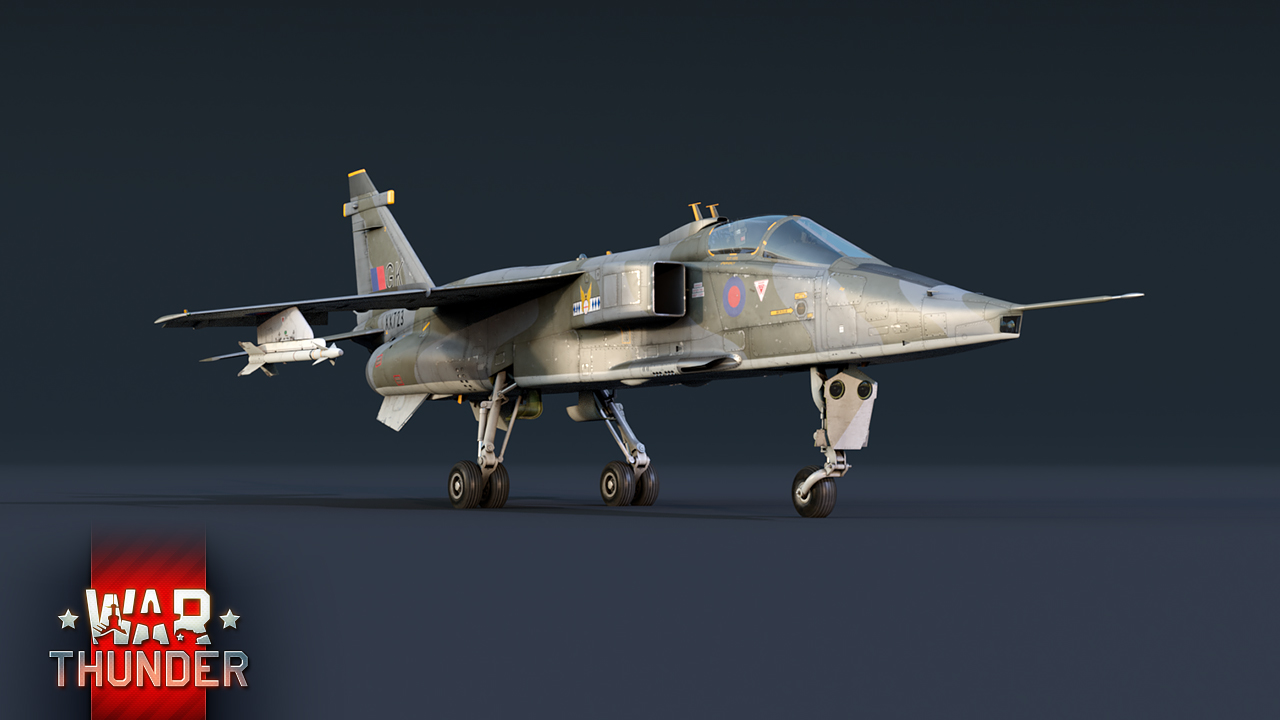 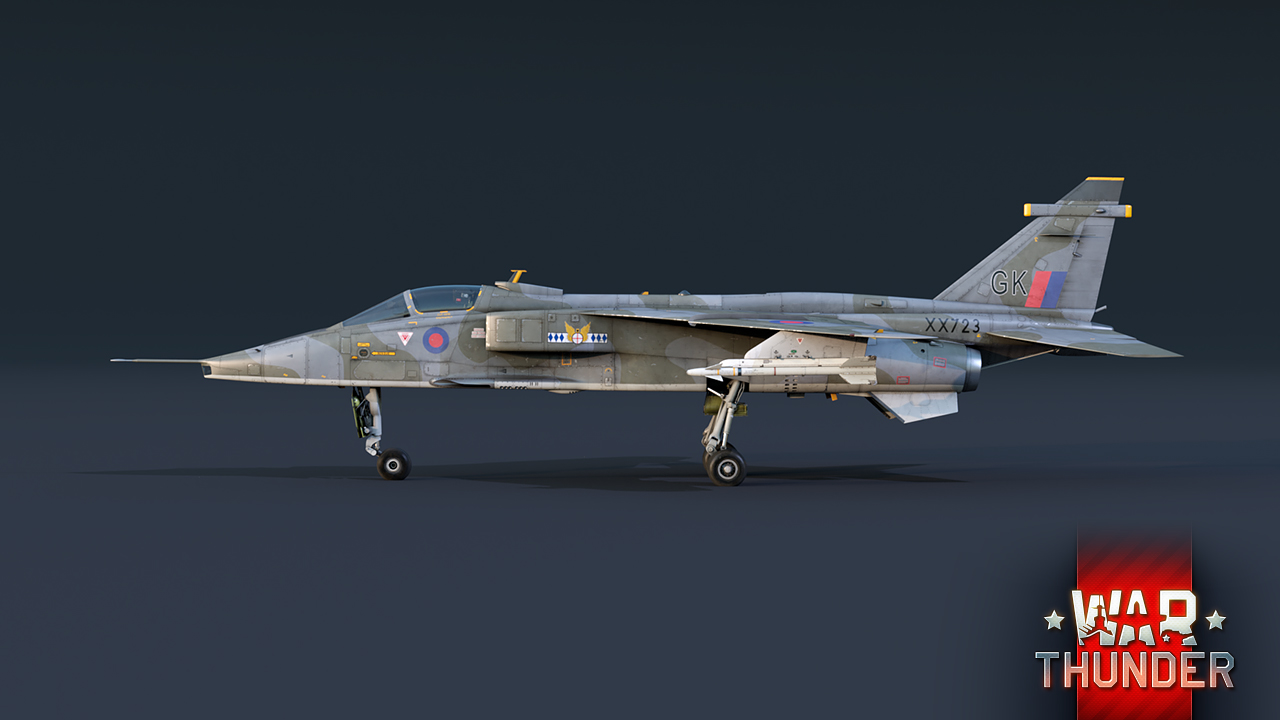 Having briefly touched on the Jaguar’s combat capabilities, it seems appropriate to highlight the aircraft’s most prominent, and for strike aircraft, most important aspect - namely firepower. Upon obtaining the Jaguar, the machine comes outfitted with a pair of 30mm DEFA (or ADEN) cannons with 150 rounds of ammunition per barrel as standard. Being familiar to most pilots accustomed to high tier tech, these cannons pack a severe punch against other aircraft and can even deal damage to armored targets on the ground, provided the correct ammunition is being used.

However, while the 30mm cannons are undoubtedly a useful tool to have at your disposal, it’s the Jaguar’s mounted weapons arsenal that will be responsible for dishing out the lion’s share of damage to the enemy. Being able to be outfitted with a wide assortment of ordnance, ranging from guided air-to-air and unguided air-to-ground missiles over bombs to rockets, the Jaguar is sure to offer its pilots always the right set of tools to tackle virtually any mission with success.

The SEPECAT Jaguar is coming in hot with the release of the War Thunder: Raining Fire update and will soon reinforce the top ranks of the British and French aviation trees with an excellent jet attacker that is sure to find many fans among War Thunder pilots! In the meantime, be sure to stay tuned to the news to be kept up to date with all the latest information surrounding the next major update coming to the game. Until then, clear skies pilots!

We have added renders with French Bias.

Finally, the kind of Bias I can get behind

Many thanks to pieve for submitting a suggestion on the official forums to include this wonderful aircraft in the game! Link:https://forum.warthunder.com/index.php?/topic/439638-sepecat-jaguar-a-strike-fighter/

I wish gaijin would add the Mystere IV, i've been waiting for so long :( thank you for the Jaguar! ♥

It's far too soon for AIM-9L which is a true all aspect missile. Jaguar GR.1 began life with AIM-9G which is both historical and correct and what it will feature in game. The overwing pylons also came much later in its life and into late GR.1A/GR.3 era.

Smin1080p, It should make sense to at least add the 9Gs then. Not the R.550s but I'd rather have those than the useless at top tier 9Bs.

Hooray! Thank you Gaijin! What a great plane with a storied history. Gives some CAS teeth to Great Britain and France!

Will the Jaguar get its above the wing mounted AAM's?

Dozer15, I hope so the Brit one looks to be treated unfair again,one of my favourite aircrafts is gonna be worse out for no reason at all

Dozer your Taste in Aircraft is disturbing like you asked for a Mirage! id be asking for the Much improved Kfir! the Jaguar lol that thing was what kept the Russians relaxed!

GoonyGooGoo, lol what? jaguar was a very capable attack aircraft that incorporated many new technologies.

No pictures of the French Jaguar?

Probably on the French devblog. Looks pretty much the same but worth a more rounded nose and without the rectangle bit on the tail, as it head a less advanced electronics pack (don't think that'll effect it in game)

Bruh it's literally right there, the 4 pics at the bottom

WingCommanderBob, Nevermind they only added them 45mins ago