War Thunder tank commanders should by now be well familiar with the Soviet T-72, which was the most-produced tank in the second half of the 20th century. The present modifications; the T-72A and the T-72B perform rather well in rank VI battles but struggle quite a bit against the top-tier Western tanks. This can be explained for a number of reasons: their average mobility, lack of modern ERA and fire control systems, and insufficient destructive power of the shells. Fans of the Soviet/Russian armoured vehicle tech tree had much to think about, mainly because of an incredibly wide range of available T-72 modifications, both developed domestically and abroad.

In the upcoming major update, three new modifications of the tank will be added to War Thunder, and this will promote the T-72 from its duties in the secondary offensive front to the hottest top-dog assault lines. Please welcome the 1989 T-72B model, the 2011 T-72B3 model and it is the 2016 T-72B3 researchable modification, that will put the T-72 on the closest-possible level to modern MBTs!

What first and foremost separates the 1989 T-72B modification from the rest is Kontakt-5, a second-gen explosive reactive armour system. The ERA blocks fitted at the front form a single plane with the hull, unlike with Kontakt-1 which is already well known to players. The turret containers are positioned at an angle toward each other, thus forming the build’s recognizable silhouette, which has been a common sight at Russian military parades and in Russian news stories. Kontakt-5 provides a significant boost to the tank’s frontal defences against both HEAT and kinetic. The fresh set of armour will allow you to spring upon enemies head-on, but keep in mind the vulnerable spots at the front of the turret – you’d do well to turn the gun slightly away from your opponent while reloading. 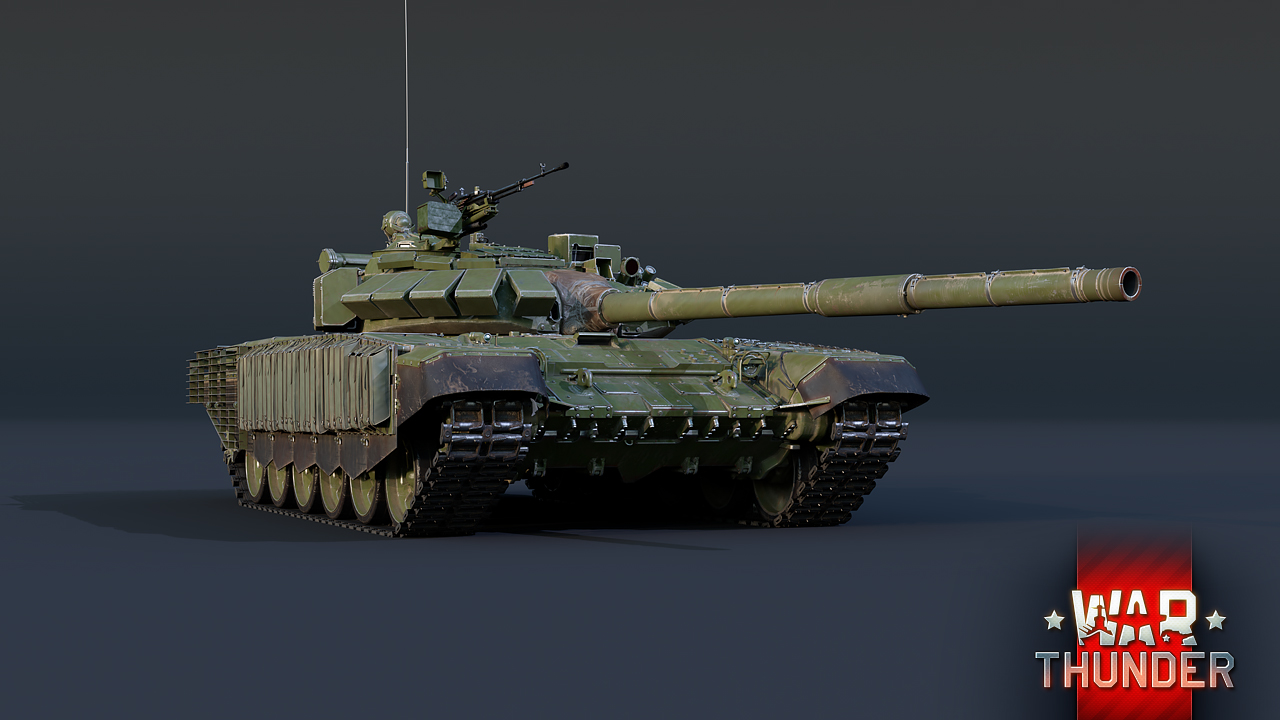 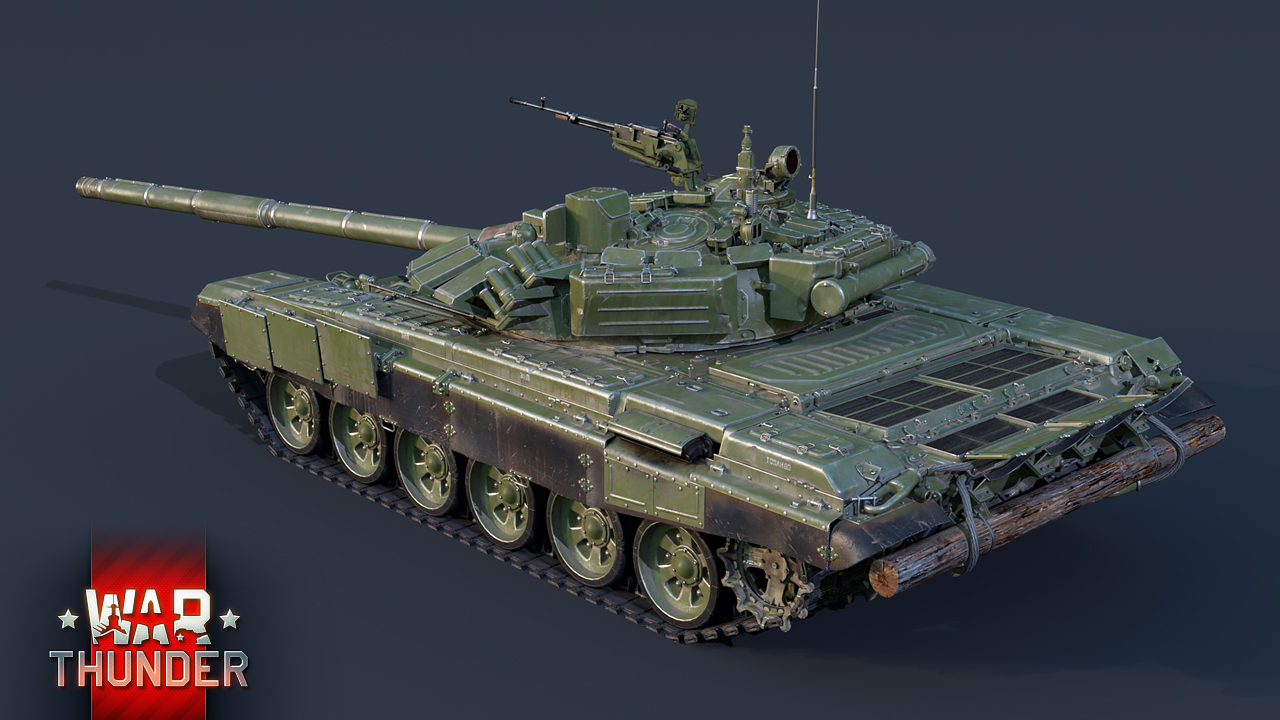 A basic modernization of the T-72B tank, issued at the beginning of the 2010’s. The major difference here is a new sight with thermal imaging, which makes night battles much more comfortable; no advantages in mobility and protection though.

In the second half of 2010’s, a new modernization program was initialized, the T-72B3 (2016), often called the T-72B3 UBH (abbreviation in Russian for “improved battle characteristics”). This modification is researchable for the T-72B3 in the game, and it improves the combat potential of the vehicle greatly.

First of all, it features a new powerful 1130 hp engine, a new gun stabilizer, as well as advanced “Relikt” protection with ERA elements. The hull and turret sides  are additionally covered with anti-HEAT screens. These improvements bring the old good T-72 to a level with the most advanced MBT’s in War Thunder.

Commenting is no longer available for this news
Rules
EasternRays
140

Please listen to the community’s requests or at least consider reversing the decision. Please stand alongside the player base, which despite its faults, defines War Thunder and we’ll continue to stand with you. Also, to the people that are for the change and claiming that people just need to 'git gud' with HEAT, sorry that we can’t be as tryhar- I mean as good as you. Only looking at a player's ability and ignoring the shell's performance show’s your side’s misconception of the bigger picture.

This is not crying discusion. This is devblog. If You have something to say for dev ab. changes etc. just go in forum.. make a new discusion and then say everything. This is fkn disgusting to watch all the time not happy ppl crying in comments secion on devblogs. Stop boeing act like a kids so devs will not ignore You and take as a kids.

Bllender, how are you even defending Gaijin? The community are not acting like kids, they want their playing styles to be fun and having HEATFS as stock is not gonna make things better. You can legit see the whole communities responding to this and you consider "stop acting like kids"? Im surprised you are ok with these stuffs, hating on the people who want change? You do realise people are complaining cuz maybe it makes grinding worse for them?

It is not my problem that people can't use HEATFS and adapt to this ammo. My problem is.. That every single DevBlog in comment section have tons of people crying, how Gaijin is bad, how bad changes he made, how much he wants money from us. Jesus f*ck, for real. You guys are so mentaly triggered that even if Gaijin gonna repair everything, listen to community, You guys will still gonna fu*king find something to sh*t on Gaijin. Do You get it guys?

Renamed23381, people like you are the reason why this community is toxic af. you can't even add something valueable to a discussion without insulting someone.

Imagine you trying to kill this thing with Heat-FS... wouldnt be hilariours?

absolutely hilarious, they should make every tank with a basic apfsds in rank vi and import some powerful ammo type such as dm43,m829a1,3bm46,etc

RYOUGI_SHIKI, if they do that ur goin to see this thing using its svinets 1

As if its any easier to kill any other top tier MBT with HEAT? Composites have like 2x effectiveness VS chemical munitions. Abrams is ummune to DM12A1, as is 2A5 and 2A4. Chally2 can only be hurt through drivers hatch. Really only Type 90 can be killed frontally with HEAT.

CMDR_Atkinson, I have killed several Russian and German top tier tanks in my M60A3 with HEAT-FS, it's not impossible, just hard.

Almost as if it was on purpose... *thinking*

rpsgc, It is bias, and it continues. I can bet none of these new T-72's will cost more than any other nation's competitive vehicles, T-80U is already good for the job that the costs for others doesn't make sense while itself repairs costs from 5 to 10k+ lower at maxed out, even in stock other nation top vehicles cost more than fully upgraded T-80U, and T-80U is no joke on field. ArietePSO, Leclerc, 2A5, Strv122. 70% of top tiers is more expensive than fully upgraded T-80. And those are not OP tanks.

As if its any easier to kill any other top tier MBT with HEAT? Composites have like 2x effectiveness VS chemical munitions. Abrams is ummune to DM12A1, as is 2A5 and 2A4. Chally2 can only be hurt through drivers hatch. Really only Type 90 can be killed frontally with HEAT. #freedarts

So u want every tank in the game be able to penetrate any other Tank from anywhere and penetrate basicly always, it would be easier to just delete the principal of Armor and make the game hitpoint based. oh wait there is already a game like that and its shit

Infinto, Yeah, if everyone could lolpen everyone, armor would be rendered useless and pointless, noone wants that

They should fail to penetrate. What Russian tanks have going for them is armour over speed. If they just got deleted from the first shot, they would be pointless, especially since the chance of surviving after being penetrated in a Russian MBT is basically 0.

LOUD_METAL, They already have the smallest hitbox ingame from shells that cannot pen them. every NATO tank gets shot trapped because darts dont snap in half like they should.

That's a lotta T-72. Shame they'll be infuriating to play thanks to HEAT-FS being stock, so I'll pass.

Think of how infuriating they will be for the people shooting at you with all that Kontact ERA. All you will have to do is hold down W and shoot (possibly not damage, as you will also be shooting heat)

That anti-HEAT screen will be really useful now that everyone has stock HEAT up there.

Even T-72s got super modern modifications... Can other top tier MBT at least got new shells that they actually used instead of a bunch of ancient shell type many of them never even equipped in real life?

smaddeus, I don't, maybe the leclerc or abrams still firing their second worse shell they had in service while tank like the arietes already have the best round ever made for their guns ?

no they already have good shells

shadow x [email protected], It is, but the difference from communist penetration value is just 8mm, 479 vs 471mm of penetration value. It still does the job, and you can still penetrate everything there is, you can penetrate 2A5 frontal armor, or the big weakpoints in middle front section. No one in game even with best ammo can't penetrate T-80U's front or ERA as such, no one can pen it's turret, no one can pen 2A5 turret as well. It means that even with low value the 471mm is enough to do what others are max capable to.

You have forgotten the Leclerc S2 and S3

Please let the next devblog be a WW2 plane.

kkang2828, They just ignore them, but add some obscure plane we never heard about or copy pasta ones with a different engine.

For simple mid-tier players. Would be cool to see something new added for mid-tier. Stug-IV, maybe? To the obvious denier of the idea and stating 'why and what's the difference from Stug III': Hey, it'll be foldered and its good to have something new.

Ah... Gaijin, Gaijin. Why add more MBT's when you lack the skill to implement them properly? I mean, all these new MBT's lack proper gunner sights, Thermal optic, Ballistic computers. You even failed to make proper maps for MBT's. M1A2 has an engagement range up to 3 Km, but is forced to Capture imaginary objectives marked as ABC and engage other MBT's under 200 meters. Its the same as if you want to make a Ferrari but lack the skill to make even a bicycle...

all jabs at gaijin aside, i agree that the maps for top tier tanks are WAY too small (and top tier planes for that matter too). modern MBT's would never ever ever brawl at such close distances. the imaginary ground circles are quite old and we need some game modes that make sense for these kinds of vehicles. convoy escorting? assaulting towns or emplaced enemy positions?

I know where you are coming from with the large maps but I think them increasing the optic range to 6km may be a clue, I hope.