The Nanchang Q-5 is a Chinese supersonic jet attacker, developed during the 1960’s on the basis of the Soviet MiG-19 design. Arriving in the game as part of the next major update, the Nanchang Q-5 will expand the Chinese attacker line into the sixth rank and give pilots the chance to fly another unique and versatile top tier aircraft!

Having started production of the Shenyang J-6 - the Chinese version of the Soviet MiG-19 - in 1958, the PLA issued an order to develop a ground attack version of the aircraft in August of the same year. By 1960, design work on the aircraft had concluded, but political turmoil in the country at the time caused prototype construction and further development to be delayed until the mid 1960’s.

In June 1965, the prototype of the aircraft that would become known as the Nanchang Q-5,  first took to the skies for its maiden flight. Following further testing, the decision to put the aircraft into production was made in 1969, while first deliveries began being made in 1970.

The Q-5 officially entered service with the Chinese Air Force in 1970. Around 100 aircraft of the early versions were built out of a total of around 1,300 aircraft of all variants. However, later models continued service with Chinese forces well into the 2000’s. Apart from the PLA, the Q-5 also saw service with Bangladesh, Pakistan, Myanmar, North Korea and Sudan. 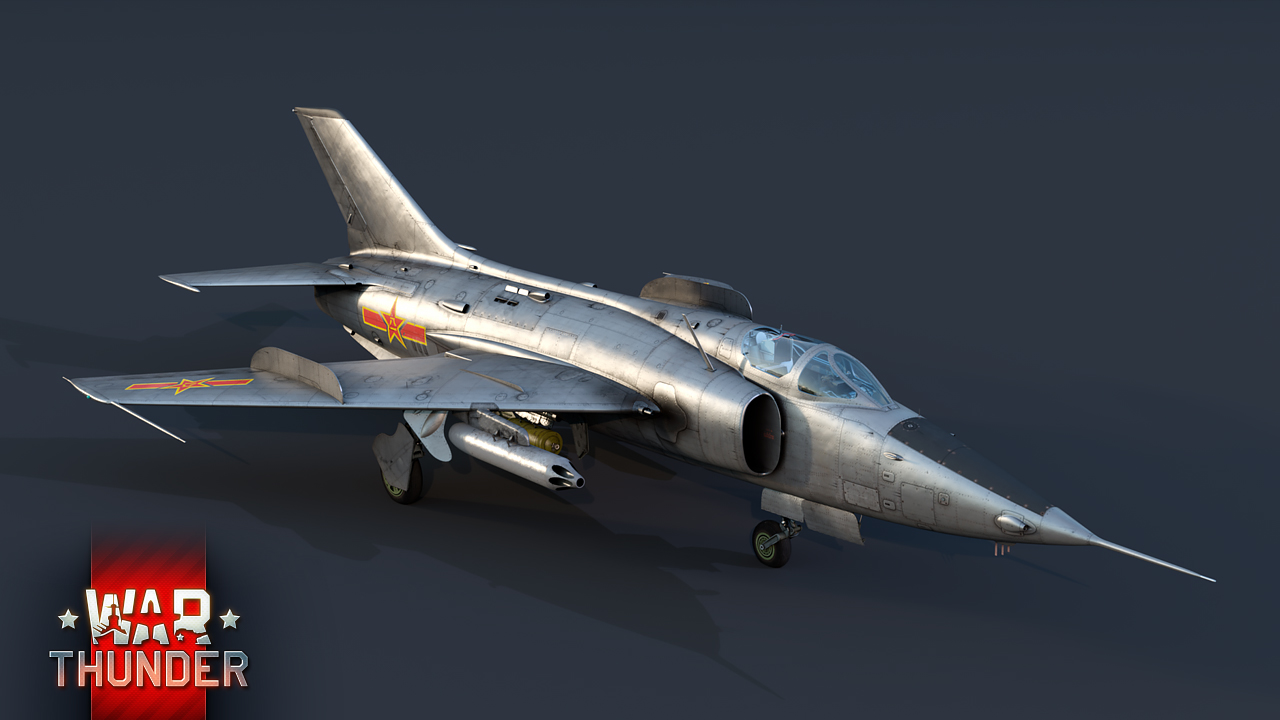 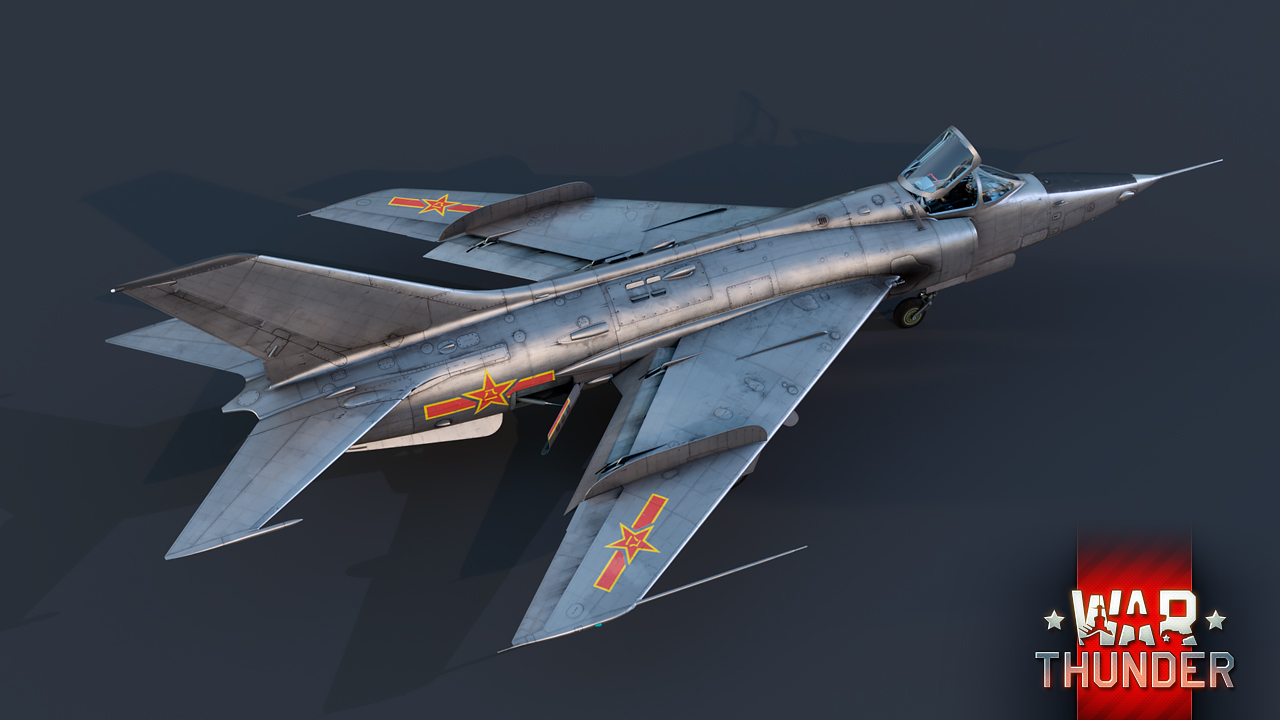 In War Thunder, the Nanchang Q-5 will be a new supersonic jet attacker, awaiting pilots at the top rank of the Chinese aviation tree in the upcoming update. Being heavily based on the design of the Shenyang J-6 (MiG-19), the Nanchang Q-5 inherits many of the former’s characteristics, while placing greater emphasis on ground attack capabilities, thanks to its expanded payload options.

As already mentioned, much of the Q-5’s core design stems from the J-6 fighter, which in turn is the Chinese domestic version of the Soviet MiG-19. As a result, it should come as no surprise that the Q-5 comes fitted with the exact same engine configuration as its close fighter relative. Being powered by two Liming-Wopen WP-6 turbojet engines, generating up to 3,250 kgf in afterburning mode, the Q-5 can reach a top speed of 1,210 km/h at sea level. Although somewhat slower than the J-6, the Q-5 makes up for the deficit in speed by being capable of carrying a substantially expanded secondary weapons arsenal.

Before we touch on the subject of the Q-5’s secondary weapons, it’s also worth pointing out that unlike the J-6, the Q-5 comes fitted with a pair of 23 mm cannons as its standard armament. Although smaller in caliber, these weapons do come with an increased ammunition count of 120 rounds per barrel compared to the J-6’s 70.

That being said, the main difference between the two machines is the aforementioned expanded secondary weapons arsenal of the Q-5. Unlike the J-6, the Q-5 can carry a payload of up to 1,500 kg of ordnance. Spread between six external pylons and an internal bomb bay on early modifications, the Q-5 can carry a selection of unguided rockets and bombs of calibers going up to 250 kg. As a result, fans of Chinese aviation will receive a dedicated machine to conduct ground strike and close air support missions at top ranking battles, without needing to press dedicated fighters into these roles anymore!

Be sure to give the Nanchang Q-5 a try once it joins the top ranks of the Chinese aviation tree as part of the next major update coming soon to War Thunder. In the meantime, keep a close watch on the news in order to stay updated on the latest developments regarding our next update. Until then, clear skies pilots!

And it coincidentes that today is the 100th birthday anniversary of the chief designer of Q5, Xiaopeng Lu.

Quite the birthday gift! :)

The guy who pressed copy paste on the Russian aircraft? Wow, so wow, much skills.

So much negativity - Be honest: The Chineese TT does need some love. As much as i'd like some WW2 vehicles. The Viggen and even some soviet light vehicles. The Q-5 was missing!

I agree. China has some really cool designs that mix Russian and American tech that I'd like to see.

Kaanfight, I'm pretty sure they will add those export version of Q-5 in some events later, that can fire AIM-9 and R-550 Magic. Typical Gaijin trick warning

Yes, thanks Gaijin! Finally something actually Chinese for the Chinese Tech-Tree. Still hope for some Radar-SPAAG and a 10.0+ MBT for them too, please

China needs all the actual China it can get. For sure.

I think this might be the first properly domestic chinese aircraft, even though it's just the nose lol

DaBlitz_633, It’s more then just the nose they modified the wings and tail section. As well as moved the air intakes and added a internal bimb bay

Alaska_chan, Says the one with "chan" in the name. Yuck.

Nice!! Finally an indigenous jet for China. Btw, could you hint at whether we're going to get the MiG-21bis or a variant of the MiG-23 or not?

its mig 19 with different nose lol, also i am pretty sure this is a downgrade idk tho

Exactly, it would be awesome to see them get some domestic Chinese vehicles though. Maybe a donkey cart that fires bottle rockets or one of those dragons that has all the people hiding underneath it running through the street with a guy breathing fire. ya know something that they actually designed and built all on their own.

WARNERwinsGAMING, Yeah but gajin loves to copy paste its easier to do than make a real new vehicle

"china only copies vehicles" *stares at every leopard clone* ok

That's what she said

And there goes all my excitement...

I'd be curious to know how many people actually even have top tier chinese unlocked compared to Italy France or Sweden. But realistically speaking even if you're not pushing a fighter into the attacker role.... A jet fighter with 1500 kg of payload is really not much...

Alexsis8, I'd say it's quite even, I see a lot of ZTZs. China unlike Sweden, Italy & France is still missing about 90% of their modern day units in the tree, so it's actually the only tree next to Russia that has much much more potential to grow (at least for the modern era).