The Re.2005 is a late war Italian fighter design, highly praised for its excellent performance and often considered as one of the best axis fighters of WWII. Despite only seeing limited production and service, the much anticipated Re.2005 Sagittario will soon become available to all pilots in War Thunder with the release of the upcoming update 1.91!

Briefly: A fast, agile and well-armed Italian fighter - the crowning jewel of the Reggiane line of aircraft in War Thunder and a must-have for dogfight enthusiasts!

Development on the Re.2005 began in 1941, with the preliminary design work already being completed by the end of the year, despite the fact that the aircraft was a completely new design and independent of previous Reggiane projects. The Re.2005 was part of Italy’s Serie 5 fighter program, and like the competing G.55 and C.205, was meant to be fitted with the Daimler-Benz DB605 engine or its respective Italian licence-built version - the FIAT RA.1050 RC.58 Tifone.

The prototype of the Re.2005 first flew on 9 May 1942, with subsequent test flights showing very promising results. Despite not deeming the Re.2005 as the all round best of the serie 5 aircraft (that honor went to the G.55 due to its easier manufacturing process), the Regia Aeronautica still put forward an order for 750 Re.2005s to be built. The Re.2005 was officially commissioned into service with the Regia Aeronautica in Spring 1943, formally receiving its nickname “Sagittario” (Archer, Sagittarius) upon entering service.

After its introduction, the Re.2005 primarily saw action above Italy, taking part in the defense of Sicily as well as protecting major cities against air raids such as Naples and Rome. Some units also served with the Luftwaffe by the end of the war, however, Re.2005s only saw limited use in general due to only few being built.

In fact, only a few dozens of Re.2005s managed to be produced by June 1943 due to the limited capacities of the crippled Italian war industry in the later stages of WWII - a far cry of the initially 750 ordered machines. 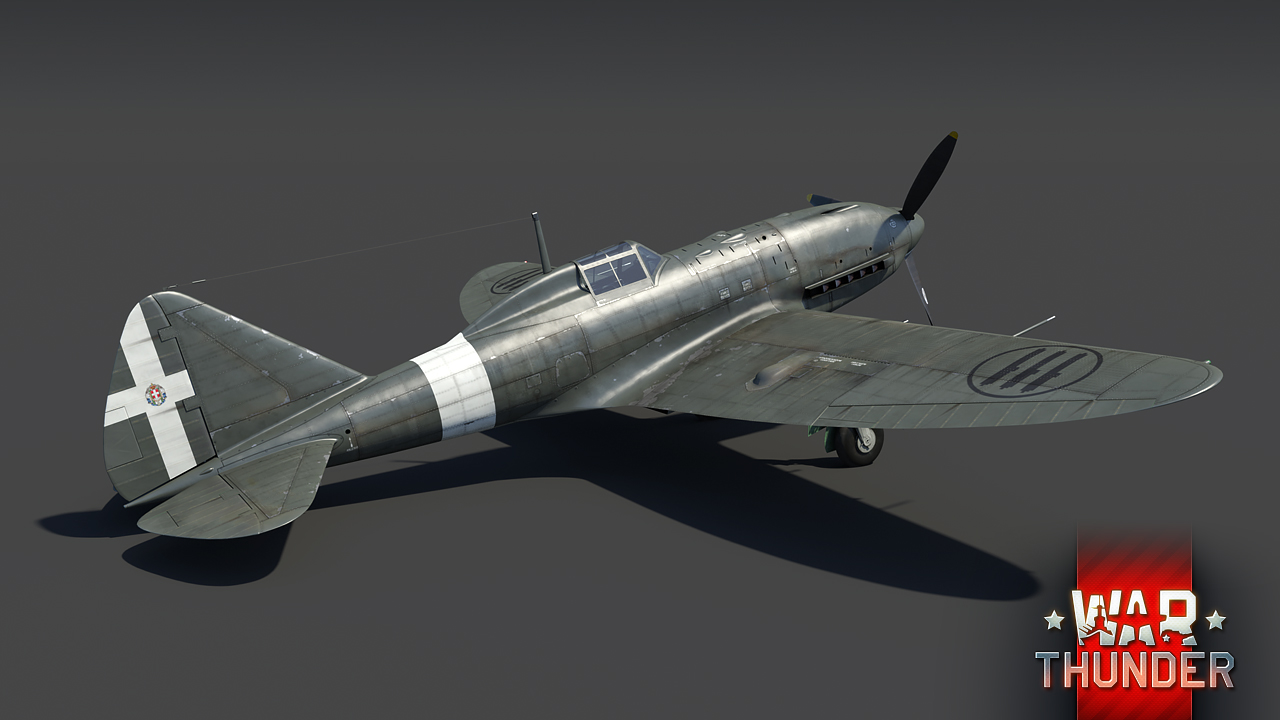 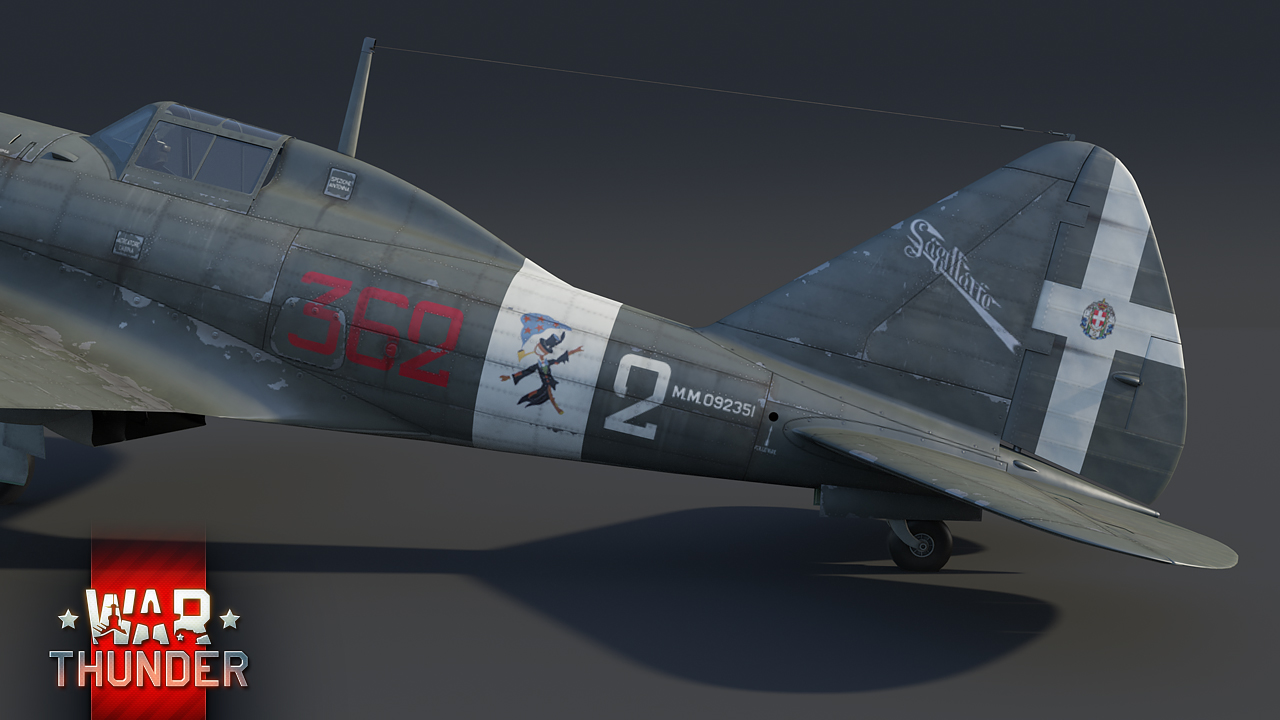 In War Thunder, the Re.2005 Sagittario will come to rank IV of the Italian aviation tree with the release of the upcoming update 1.91. Being the last of the three Italian serie 5 fighters to be introduced to the game, the Re.2005 is simply a must-have for avid fighter pilots, not only due to its excellent flight characteristics, but also due to, let’s be honest here, its absolutely stunning visual appearance too!

Having touched on the subject of the Re.2005’s flight characteristics, these are best described as a middle ground between the Spitfire and Bf 109 fighters. The Sagittario manages to successfully combine superb top speeds and climb rates with tight turn times and sharp roll rates, making it an overall highly versatile fighter with no distinct disadvantages.

In other words, or numbers to be more specific, the Re.2005 can reach a maximum top speed of 650 km/h at an altitude of 7,000 m, while retaining an average climb rate of about 21,2 m/s, thanks to its 1,475 horsepower V-12 inline engine. This makes it an ideal energy fighter in the early stages of an air battle, while its very good agility will also allow it to pull its own weight in intense maneuvering engagements as the battle progresses.

Fun Fact: The highest recorded absolute speed achieved by a Re.2005 was 980 km/h in a dive!

While you’d be forgiven for thinking that such promising flight characteristics must come at a price of offensive capabilities, the Re.2005 will spare no time in proving you wrong. In fact, the Sagittario is quite formidably armed with a pair of 12.7mm Breda-SAFAT machine guns, mounted underneath the engine cowling, in addition to three 20mm MG151 cannons, with two being mounted in the wings and one installed through the propeller hub.

Although the Re.2005 makes for a top-class air superiority fighter, its versatility in combined battles will be less pronounced due it its rather limited selection of secondary ordnance options. That being said, the Re.2005 does come fitted with a single 1,000 kg capable pylon underneath the fuselage along with a pair of 160 kg pylons under each wing. While this will certainly allow the Re.2005 to be used against ground targets to some extent, it’s best to use the Sagittario in its air superiority fighter role to prevent hostile air support from reaching the combat zone - this tactic is bound to yield much better results.Overall, the Re.2005 will further enhance the already excellent roster of Italian mid-rank fighters and is bound to become another fan-favorite machine among players due to its excellent performance and openness towards various play styles.

Be sure to add the Re.2005 to your hangar as it becomes available to all pilots with the release of the upcoming update 1.91. In the meantime, make sure to stay tuned to the news to be kept in the loop about any further developments concerning the next major update coming to the game very soon. Until then, clear skies pilots!

Commenting is no longer available for this news
Rules
CoachJester
2

At last some WW2 stuff, maybe this is the update i have waited for and will see the iconic Sd.Kfz. 250 and Sd.Kfz. 251 German halftracks Though I wamt to see the ones with the 75mm and 50 mm anti tank guns, my personal favorites are the Sd.Kfz. 250/9 with the 2 cm KwK 38 autocannon and the Sd.Kfz. 251/1 II Wurfrahmen 40 aka the Walking Stuka with six side mounted frames for launching 280 mm or 320 mm Wurfkoerper rockets.... oh one can dream

Marco would be proud! Thanks Gaijin o7

You won't hear it until it's too late!

CokeSpray, So its a maybe?¿

A lot of people have been waiting for this plane for a long time and I am one of them, thank you Gaijin for this fantastic addition :)

Soon comrade. soon we will put these westerners to shame.

We need something big news :(

Give to this plane its in real life habitat: the city of Naples as an Air map! You have serial version of Italy's tank map, enlarge it and add the cities!

You have already the serial version*