The La-11 is a long-range escort fighter and the last piston-engined fighter in service with the Soviet air force. Created through a serious modernization of the La-9, the La-11 was the final note in the development of piston-engine fighters in the Soviet Union. Was it a major note? You will be able to find out the answer to that question very soon!

The La-11 - a new top piston-engine fighter for the USSR that will become available in update 1.65 “Way of the Samurai”  as a part of a special bundle in our online store. The La-11 is an upgraded version of the La-9 - one of the best fighters in the game. The La-11 has better control in a dive and at speeds of over 400 km/h, it has better cooling system and we have also created a unique cockpit with a gyro sight. Learn more about this awesome aircraft in our devblog!


The La-11 is a long-range escort fighter and the last piston-engined fighter in service with the Soviet air force. In the post-war period, all fighter aircraft began to change at a rapid pace; their outdated propellers were replaced with powerful and advanced jet turbines, but the primary targets of fighters – bombers – were slower to progress. For exactly this reason, having at least one modern piston-engine fighter capable of completing escort missions for the comparatively slow piston-engine bombers wasn’t a bad idea at all. So the Lavochkin design bureau was perfectly suited to develop such an aircraft. The company had not yet switched to developing new jet-engine vehicles. In 1946, this bureau had created and put into service the rather successful and advanced La-9, and in that same year, they decided to design an escort fighter based on the La-9 with an increased operational range. 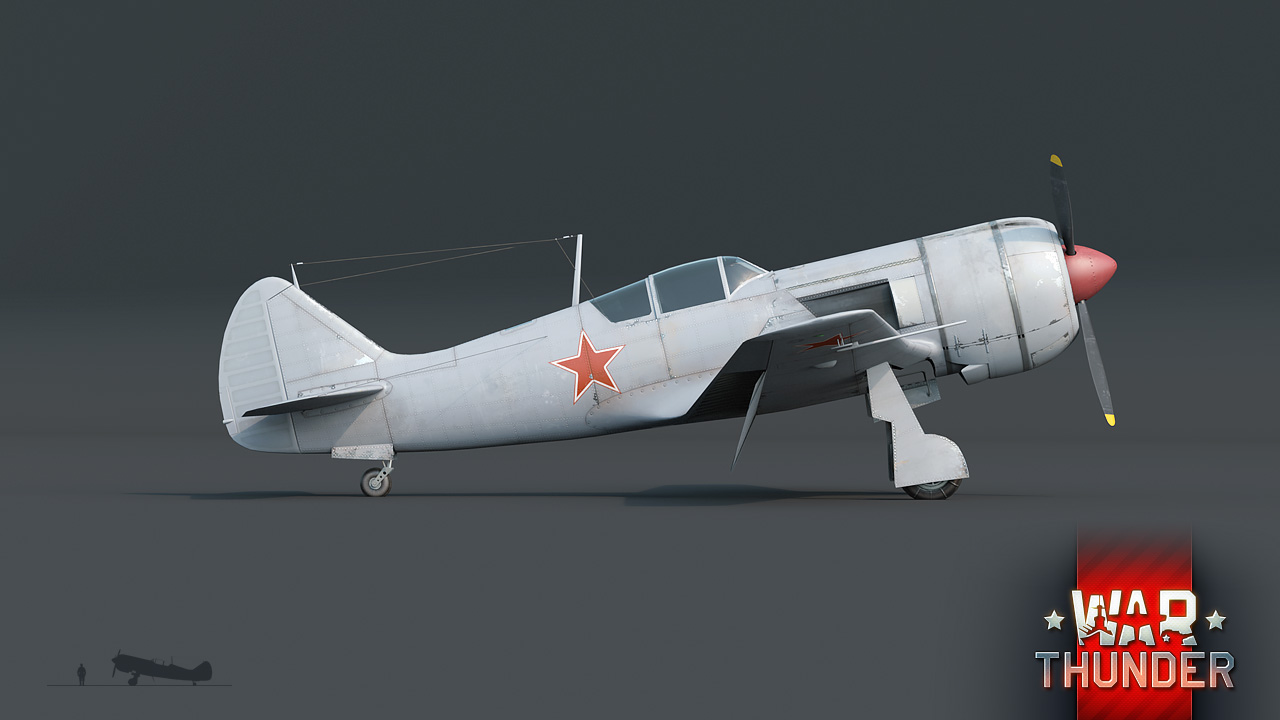 The modified La-9M, as the La-11 was initially designated, was developed in just six months and took its first flight in May of 1947. However, the appearance of the aircraft had changed little even after all the adjustments and improvements. The oil radiator’s air intake “migrated” from under the fuselage to under the engine’s ring cowl (which is why it went from round to oval), and one of the four excessively powerful 23mm NS-23S aircraft cannons was removed to partially compensate for the vehicle’s noticeably increased weight. Incidentally, it was not only the additional fuel tanks that caused the weight of the new aircraft to increase in comparison to that of the La-9. The pilot’s seat on the La-11 was significantly more comfortable – a good thing, because now the pilot had to sit in it for hours at a time and beginning with the 11th production series of the aircraft an automatic compressor switcher was installed. The various radio apparatus and electronics inside the vehicle were also improved and an advanced de-icing system for the wings and fins was added. To improve the flight characteristics, the model of the aircraft which is presented in the game, was created as lightweight as possible in accordance with the information, specified in the technical description. Namely a refueling option was given only for three tanks (two in the centre section and one in the fuselage), the anti-icing system and radio equipment was withdrawn.

Apart from being deployed to patrol the borders of the USSR, the La-11 was also actively used in China, where from the summer of 1950, it took part in battles against opponents of the communist regime. Roughly a year later, in the summer of 1951, the Chinese La-11 fighters were re-deployed to the city of Anshan to repel American bomber assaults during the beginning of the Korean War.

Throughout all its time in series production, lasting from 1947 to 1951, 1182 La-11 aircraft were made, 223 of which were given to the Chinese communists. In the Soviet Union, La-11s were kept in service until 1952, while in China they continued their service right up to 1959.

In the game, the La-11 will be a true jewel of the hangar for any Soviet pilot. With such a rich combat career behind it, this post-war piston-engine aircraft can be considered a truly monumental vehicle in the history of Soviet aviation! Many players are already very familiar with the wonderful flight characteristics and powerful armament of the La-9. Well, the La-11 makes a worthy successor to it. Its speed might just be the best at low altitude but it is no less impressive at several kilometers altitude. The aircraft has an excellent rate of climb in combination with decent maneuverability. Its reliable all-metal design hides a pair of armour plates to better protect the pilot, along with three murderously powerful 23mm NS-23S cannons with an ammunition complement of 75 shells per gun. The La-11 represents the height of development in piston-engined fighter aircraft of the Soviet Union!

Although the La-11 was not designed to partake in long maneuvering battles, it preserves energy well, meaning it can easily outpace the majority of its opponents in vertical maneuvers. Its durable construction and obedient controls allow it to make successful attacks from a dive or so-called boom-and-zoom strikes, and its powerful frontal weaponry allows the La-11 to easily destroy not only enemy fighters, but even far larger targets. Even now, when going up against fully worthy enemies such as the American F8F-1 Bearcat or the British Spitfire equipped with powerful Rolls-Royce Griffon engines, the La-9 fighter nonetheless significantly surpasses them in speed at low and medium altitudes and often emerges from such encounters as the winner.  The same success soon awaits the new La-11! 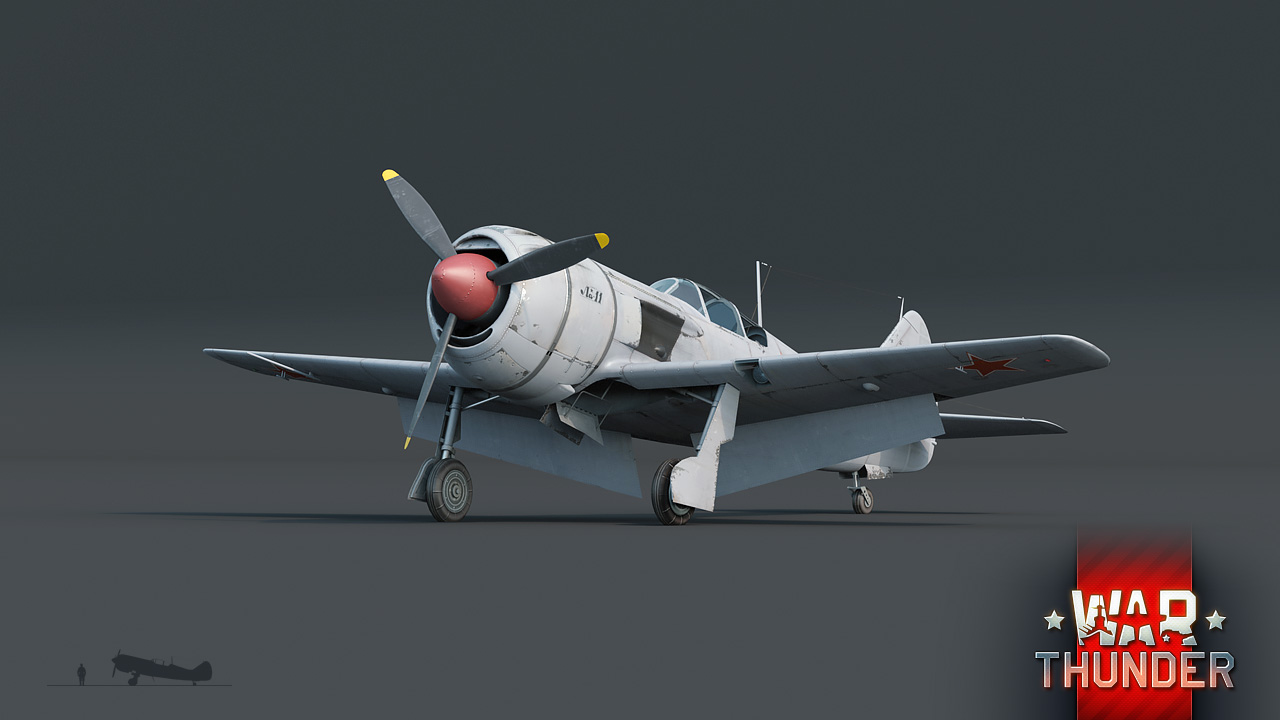 An excellent fighter made even better as a result of large-scale modernization, the La-11 proved itself worthy even on the same field as the jet-powered fighters that significantly exceed its speed. In the rays of the sun falling over the era of piston-engined aviation, this aircraft performed its final gracious battle dance in the skies over China and Korea, forever inking its place in the pages of history as the last piston-engine fighter of the USSR.

Attention! You will get a tank and a decoration in update 1.65 “Way of the Samurai”. You will get Golden Eagles and premium time after purchase. Valid for Pc, Linux, Mac.

Commenting is no longer available for this news
Rules
shadowaffles
18

War Thunder slowly becoming Pay 2 Win.... you should not me able to buy better vehicles than the free vehicles in the tech tree. Premium vehicles should only give bonus rp and sl not give better performance over free vehicles, that is one of the definitions of pay 2 win, using money to buy better gear than you could get for free. T29, Super Hellcat, Tiger 2 Sla.16, T-V, T34-100, Ki-87, Yak-9M and the list goes on... A good premium example is the IS-2 Revenge, M46 Tiger and Spitfire F Mk XIVc.

Oh please these vehicles are not pay to win they are pay to progress faster. I think it makes perfect sense that they made these rare and prototype vehicles as premiums. Go ahead and buy any of these vehicles and you will see that none of them are super automatic game winning machines.

You do realise the La-11 is just a worse version of the La-9 right?

_MihoNishizumi_, I failed to see in with part of this dev blog it's say that the La-9 is better. I just see a big amount of compliments to the La-11 and how the La-11 is the best piston fighters of USSR.

it's coming tomorrow... calm yo tits.

Both russians best prop fighters are premium?(La-11 and Yak-3 VK-107) Smells pay to win for me, Gaijin stop this, this is not cool anymore.

Be happy, so there are no high numbers on the battlefield :D

Schwuppdich, That really is the only positive aspect of premium vehicles, but at the same time look at WoT and their premium vehicles. Once the players figured out that some vehicle was OP or better than the regular ones they got bought in crazy numbers, one example is the E-25.

You people need to realize that this thing is just a worse version of the La-9 and if it was in the tree nobody would use it.

Please Gaijin I beg you! Please Add Marder III Ausf.M. I miss this metal piece of history in game. T34 en kv's has lots of types more than Marder. please add it in game.

2 devblogs one day? The deacon must be close to one by now!

hootman, PLZ explain me what a defcon is

Man I love the La-9 but why does it have to be premium, USSR T4 planes are definitely lacking at the moment and more premiums is not what is needed

Of course it's premium...