Continuing our Japanese tank line is the Type 89 I-Go Ko, a modification of the Japanese Empire’s first series-produced tank.​

Development of the Type 89 I-Go series tanks began back in 1927, when the Empire was considering what would be the better choice; To buy tanks from Europe or try to produce their own. It turned out that with the help of the technologies and lessons learned from European tank designs, Japan was capable of creating its own armored vehicle and putting it into series production. 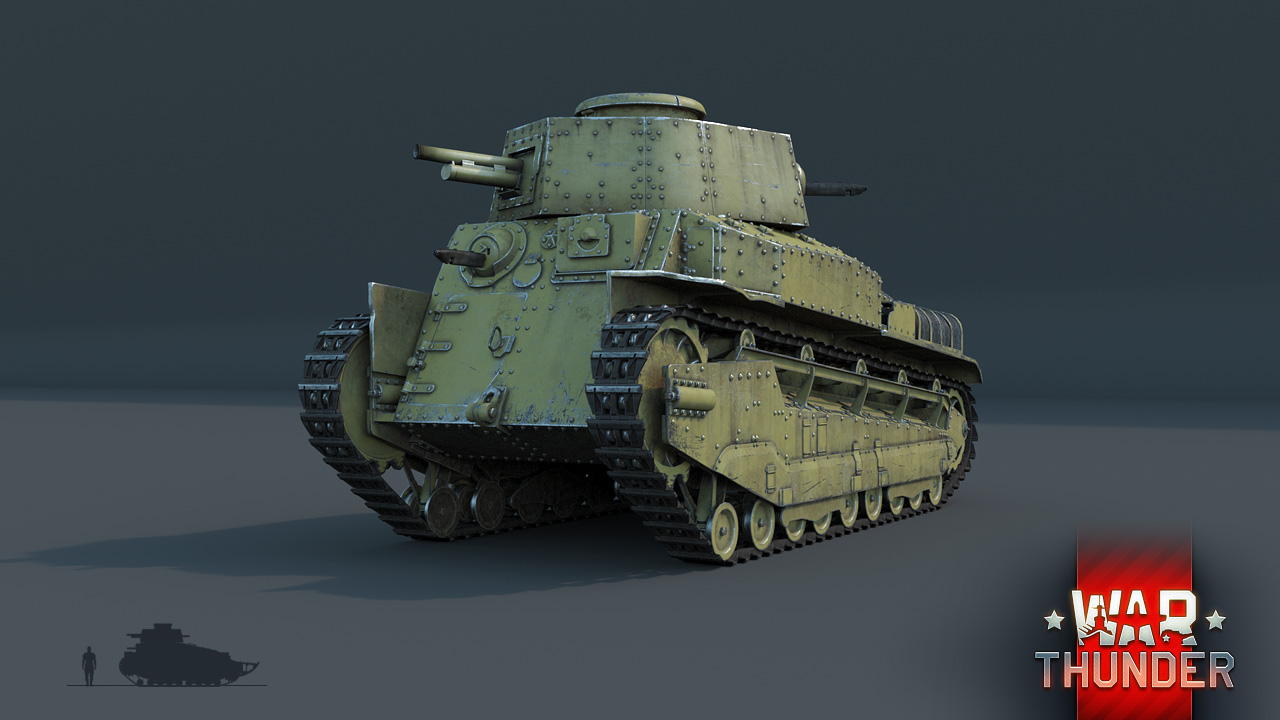 The Type 89 I-Go medium tank went into its first battles in Manchuria in the beginning of 30s, after which, thanks to the experience gained from these operations, some very noticeable modernizations were made to its base model. By that time, the primary manufacturer of the Type 89 I-Go was the Mitsubishi company, so the Type 89 I-Go Ko version was entirely made by the engineers of that company. The base model’s tracks were replaced with more durable small-link tracks. Its frontal armor plate was made as a single attached part and the gun mantlet and its armor were changed. One interesting change was that the observation instruments were additionally armored and partially moved to new positions. This is because the Chinese infantry, possessing no anti-tank measures, had learned how to fire through the observation ports with their rifles and machine guns, killing the Japanese crews.

In spite of the work done, the tank still had many flaws: weak armor, excessively complicated controls and low speed. These flaws subsequently caused serious problems in the battles of Khalkhin Gol and, of course, the large-scale wars on the Pacific. On the other hand, the Japanese tank designers gained valuable experience in developing, manufacturing and modernizing their own tanks.

In War Thunder, the Type 89 I-Go Ko will be the first vehicle in the Japanese medium tank line. It is fully expected that the battle strategy on this tank will be very similar to that of the reserve tanks of other countries, but with its own flair – the tank’s 57 mm Type 90 cannon (the same as on the Chi-Ha) has interesting ballistics which require the gunner to take a rather high vertical lead. Shells fired over a great distance fly along an extremely steep trajectory, and that means that an experienced gunner can hit an opponent in cover or can fire from behind a hill. In addition, although the Type 89 I-Go Ko’s shells have weak penetration, they contain a significant weight of explosives, thanks to which their post-penetration effect is perhaps the best of the rank. 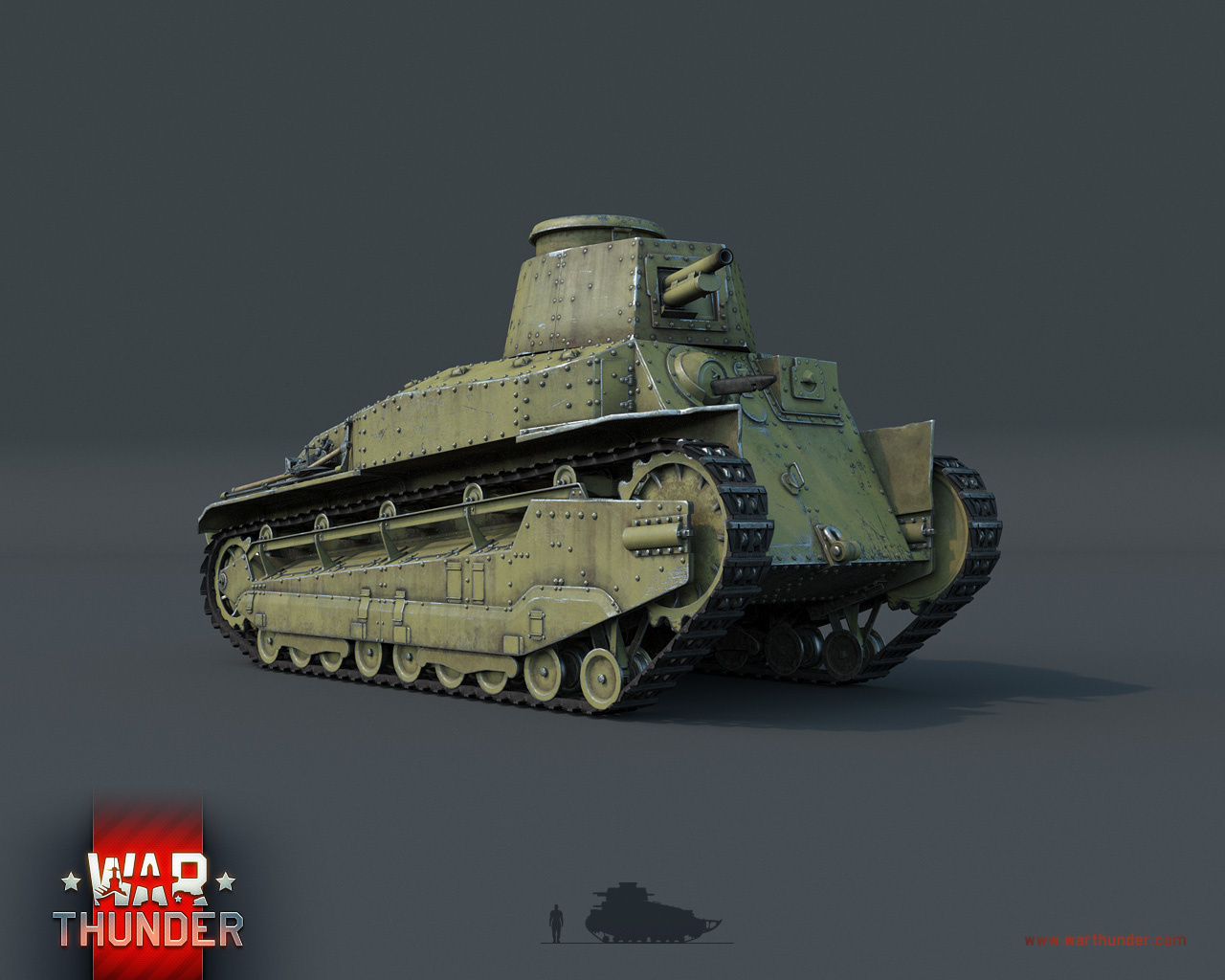 Players who want to research Japan’s medium tank tree will be trying out the Type 89 I-Go Ko first of all. Keep an eye on our news and don’t miss the launch of Japanese tanks in War Thunder!

Commenting is no longer available for this news
Rules
sventhebro991
36

question... will this thing be able to drive up on the rear of a jagdpanzer 38 onto the engine deck of the maus?

Why would you want to do this? oO

OrsonES, In case you are not aware of it, we all wanted to recreate this scene for years. https://youtu.be/nzPcbmFf2qw And now we have all the tanks we need to finally do it.

I really hope so. Otherwise we have no chance in Defeating Kuromine in the next finals.

Time to kill a Maus with it. Panzer vor!

Make up with guts what your head can't do!

Please lower the music in the next clips. Is almost impossible to hear the tank sound

why is the machine gun from the left side? I thought is right side?

Stona_WT, That's not the I-Go shown. The Ko has the MG on the other side not under the cupola.

I was about to say the same, but it looks like they can be in either configuration https://ww2photo.se/tanks/jap/t89/08600.jpg

WaitDidIDoThat, That photo is inverted.

Japanese armoured forces started out heavily influenced by the French school of teaching. They bought a lot Renaults directly from France and their early indigenous designs were heavily based on the French.

Yeah, I thought this was War Thunder, not Battlefield 1.