New location: Sinai
16 September 2016 Development
Attention! This news was published on the old version of the website. There may be some problems with news display in specific browser versions. 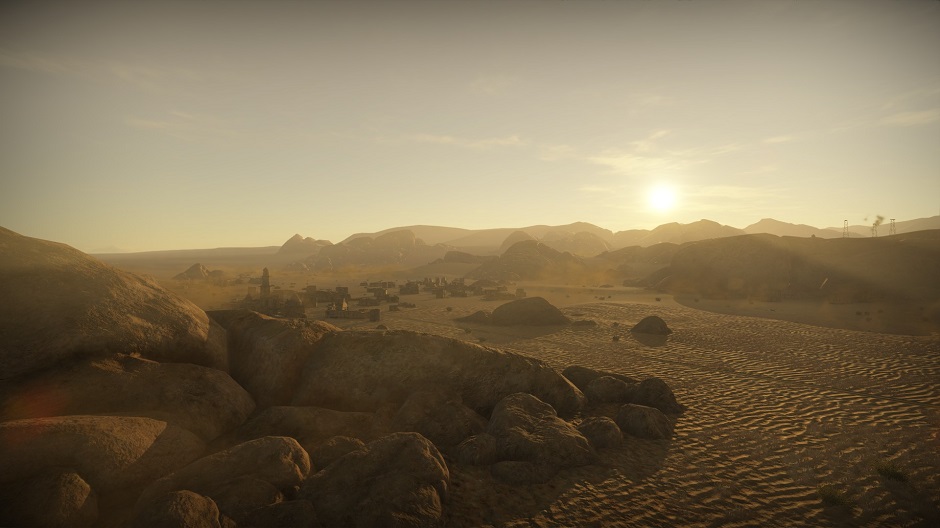 This ancient land has seen more than its fair share of wars. Charging iron beasts replaced battle chariots, and there, where the stones of slingshots cracked and arrows shot out in a wicked swarm, tank shells now fly to their targets with a sinister whistle.

We are pleased to present a new location for mixed battles, Sinai, which will become available to all players in War Thunder 1.63 Desert Hunters! Our artists took inspiration from the Sinai Peninsula for this desert map – a land where military conflicts have been raging for many centuries. Military operations on the Sinai map will unfold around a small oil complex in the centre of the map. This strategically important position provides control over a significant part of the area and the main battles will revolve around capturing this position. The position is far from an unassailable fortress, so defending this position will require true team play – you won't survive here solo. To the left and right of the derricks, there are two more important areas: an oil depot and a half-destroyed village. It is these positions that the teams will want to capture at the very beginning of the battle and ensure that the opponent doesn't take them by assault.

We have tried to make Sinai balanced for all types of military vehicles. In spite of the alluring openness of the location, it does feature cover and folds in the terrain that can be used to move a whole column of heavy tanks with no fear of taking enemy fire. Boulders, cliffs and dried out bushes can hide sniper SPGs on the sandy plain. Medium and light tanks will find work at the capture points: the buildings and structures form a true labyrinth in which dramatic battles will take place at close ranges.

Get acquainted with the new Sinai map in War Thunder 1.63 and come up with strategies to bring your whole team to victory!

Commenting is no longer available for this news
Rules
Zartoman
7

Thank for you support ;)

Thank you guys. You are working too hard to bring us major updates very quickly. That's simply AWESOME!

Yup, I love how it looks too

with the A1E1 that match gonna be bf1