Today, we would like to tell you about a unique aircraft – the German He 219 night interceptor. This wonderful plane is the first vehicle model to be created by a War Thunder player as part of the revenue share program, some of the revenue from sales of this model will go to its author – Daniil ‘_Joy_Divison_’ Zaitsev.

When Great Britain began its campaign to bomb Germany at night in 1940, an urgent need arose for a swift night interceptor. So in 1942, the He 219 was born. The aircraft proved excellent in night-time conflicts. Major Streib shot down five British bombers at once in his first combat flight in the He 219. Ejection seats, the newest radar, accurate guns, powerful engines – all this made this aircraft truly exceptional and allowed it to intercept and destroy any Allied bomber. War Thunder update 1.59 brings the He 219 A-7 armed with 6 cannons: 2x MG-151, 2x MK-108 and two universally loved MK-103 cannons.

It all began in October 2014. While browsing the forum, I saw a thread about a user-made Ta-154 airplane, created by user NovA29R. I wanted to make something similar, and ended up choosing the He 219. I didn’t have much experience with 3D editors, so it took me a fairly long time to make the airplane. It took until the summer of 2015 to get the first version ready. I showed the model to the developer Kuzma ‘rthunder’ Lykov, who was periodically replying in the Ta-154 thread. We agreed that my airplane model needed lots of changes, both to the geometry and its accordance with the real-life prototype. I fixed the issues relatively quickly, but had to wait for comments since at that time all the artists were busy with the switch to the Dagor 4.0 engine and PBR. Real work on the model began at the start of 2016, with the help of comments from the developer. I couldn’t come to an agreement with anyone in the Russian-speaking community to create the texture, so I asked for international help. Arthur ‘Pacifica’ Carley responded, for which I’m very grateful, and he agreed to finish off the texture for free.

Over my time of creating the airplane, I gained a decent amount of experience with 3D models, and I plan to create something else. I want to say thanks to Vitaly ‘Nova29R’ for inspiring me to create this model, to the developer Kuzma ‘rthunder’ Lykov for helping me complete it, and to Arthur ‘Pacifica’ Carley for helping with the texture.

The He 219 - a concerted effort between the community (model, textures) and the War Thunder developers (flight model, damage model, armament) - will arrive with update 1.59. Fast, maneuverable and armed to the teeth, this twin-engine fighter will appear at rank 4 in the German research tree as a premium vehicle. A portion of the funds generated from sales of this aircraft will go directly to the model’s author. 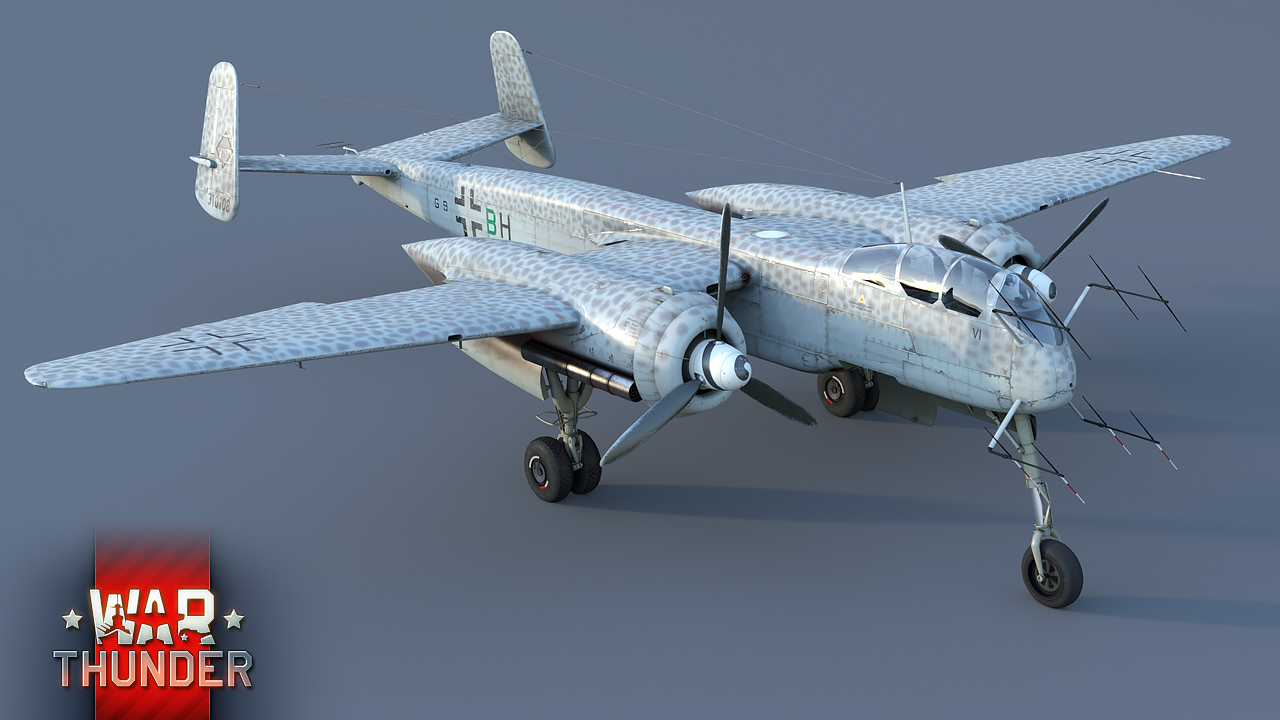 Play War Thunder, create your own models and earn real money! See you on the battlefield!

Commenting is no longer available for this news
Rules
EnkoACE
9

Gaijin,there is a user made tank! Char B1...you should look at that model :D It's really well made model.

Hopefully this will establish a precedent for more cooperation between the community and developers for new content.

This is great Gaijin! :D Can someone tell me what is that thing like antennas on the nose? :D It looks nice!

They are radar antennas, this is common equipment on German night planes.

I'm a simulator pilot so I was wondering, will it have a cockpit?

It's been said that Joy_Division is working on it.

Sweet! Thanks for the info!

OMG!!! I just saw this plane on google images and I thought "it would be cool if we had it in WT"