Brigand B.1 - A Bandit without a mask
19 September 2016 Development
Attention! This news was published on the old version of the website. There may be some problems with news display in specific browser versions.

The Bristol Brigand that will arrive in Update 1.63 Desert Hunters in the designated B.1 bomber variant.

We are pleased to present to you the Royal Air Force successor of the well-known Bristol Beaufighter - the Bristol Brigand that will arrive in Update 1.63 Desert Hunters in the designated B.1 bomber variant. The Bristol Brigand was the successor to the aging Bristol Beaufighter - a heavy 2 engine fighter that was able to step into a wide range of combat roles - from Night Fighter, Ground Attack aircraft to Naval torpedo bomber. The Brigand was developed during World War 2, but came too late to see service or to have any meaningful impact on the outcome of the war. It was later deployed during the Malayan Emergency.

The main idea behind producing a new type of multi-role heavy fighter was to simplify the production and logistics (the new Brigand reconstructed the tail of the existing “Buckingham” medium bomber), while aiming for higher speed and incorporating the implementation of newer technologies. The Brigand B.1 bomber variant was powered by two Bristol Centaurus 57 powerplants, each generating a maximum continuous power of 2,165 hp which allowed the aircraft to reach a maximum speed of 357 mph (574 km/h) at 16,500 feet (5,030 m). The weight of the empty aircraft was slightly over 11 tons and it was operated by a 3 man crew.

Its main armament consisted of four forward-facing 20mm Hispano Mk.V cannons under the nose and it could mount up to 2 000 lb of bombs or 16x unguided RP-3 rockets in different configurations. A total of 147 Brigands were built. The aircraft was decommissioned in 1958 and eventually replaced by both the de Havilland Hornet and the English Electric Canberra.

The Bristol Brigand B.1 will serve as a stately replacement for the Bristol Beaufighter in your lineup. It will be located at the Tier 4 of the British heavy fighter line right after the Mosquito and will be researchable for all players in the game.

As in the history - our players will be able to utilize the full potential of this aircraft. Either for close ground support, as a dive bomber, heavy attacker or very soon - against Naval forces. While its maximum top speed and maneuverability might not be suited to battle designated fighter aircraft, it is a good all-rounder and will serve you well in combined ground battles. 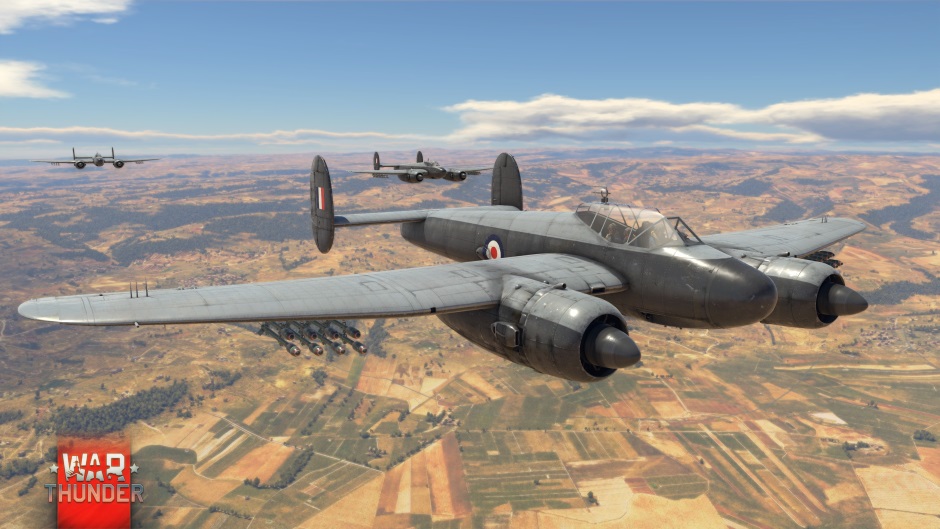 The Bristol Brigand does not resemble any unique design that wasn't already seen elsewhere and did not play any pivotal role during the War, but rather cleared the path for implementation of more advanced technologies and is a worthy replacement for the Beaufighter for Tier 4 combined battles. Enjoy!

Commenting is no longer available for this news
Rules
HolyDuckTurtle
1

This is a very good looking plane, please have a cockpit so we can take it out in SB tank battles!

Nice addition but I'd still rather see the DH Hornet/Sea Hornet and later 2 stage merlin powered Mosquito's B.XVI and B.35 with the bulged bomb bay so they can carry the 4000lb Cookie...all academic anyway as the Brigand will just be Yak cannon fodder like everything else that isn't Russian.

Brigand is just as much yak food as a hornet. (besides, Mosquito got buffed this update- it might end up turning yaks into mosquito cannon fodder)

No cockpit? :( :( i love the mossie in sim. great looking plane though. Though Gijan did add P-61 cockpit recently so there is hope for british attacker cockpits... mabye???

Does it have a cockpit?

Is there a cockpit view for this aircraft?