In War Thunder update 1.59 "Flaming Arrows" , we’re adding several tanks armed with ATGMs at once. On top of that, we’re continuing to work on tanks with unguided rockets. Today’s hero is the British Cromwell RP3, armed with aircraft rockets!

The success of multiple rocket launchers and experiments with installing unguided rocket launchers on tanks could not fail to catch the interest of British tank designers. In 1946, British engineers performed an experiment with aircraft rockets on a Cromwell tank, installing four immobile rocket rails on a welded frame. With the help of some clumsy fixtures, standard aviation rockets were mounted on these rails. They were designed to destroy submarines and ships, but in practice were widely used during assaults on ground targets. And so the Cromwell RP3 was born, an experimental rocket-equipped tank, which, unfortunately, was outdated as soon as it was created.

Although the tank had no place in the Cold War, the rocket-equipped Cromwell is most welcome in War Thunder! The first and so far only tank with unguided rockets in the British tech tree, this vehicle is sure to find fans among our players. The tank has just one flaw – its rockets can be aimed only by turning the tank’s turret, since its rails are immobile. The tank’s advantages are everything else. Four semi-armor-piercing rockets (the same as those used on the Hurricane Mk IIb fighter) cause extremely heavy and sometimes deadly damage to any opponent at the tank’s rank.

Since the rockets are hard to aim and there are only four of them, the rocket-equipped Cromwell’s Battle Rating will be the same as a standard tank (at least, when the update is released). For tankers experienced with the Cromwell who know all its strengths and weaknesses, these aircraft rockets will be an excellent addition for destroying enemy tanks. Yes, this tank has its own ‘finisher’! 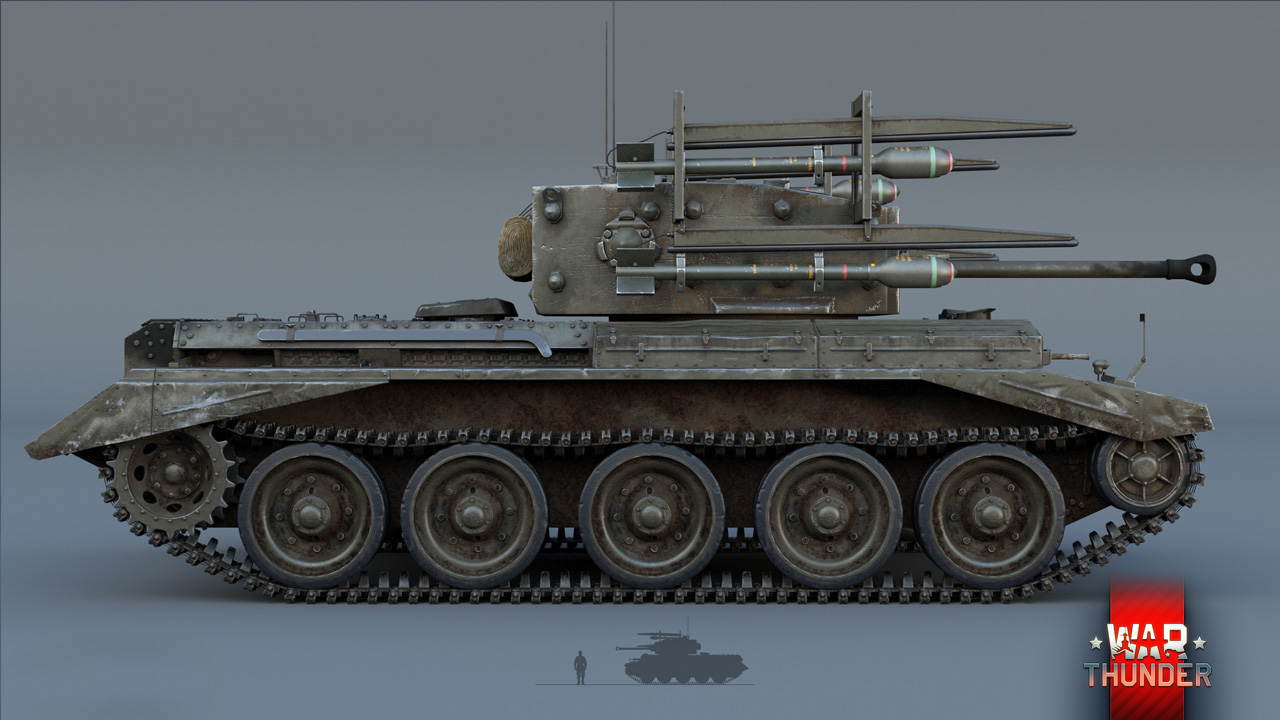 The Cromwell RP3 is a Premium rank II tank in the British tech tree.
This news and improved vehicle will arrive in War Thunder in the update 1.59 "Flaming Arrows"!

Commenting is no longer available for this news
Rules
Kulcsos12
0

Not sure if this has been asked yet, will the rockets be able to elevate and depress, with the gun, or are they fixed in place, and you can only move the turret left and right to aim them?

Too bad this is premium. I wonder if they ever are going to come out with the Tulip Firefly?

Wait does this mean the Sherman Tulip too?

Rank 2... oh great, gonna be Calliope all over again, but this time in a Tier that was fun once. :(

I hope the battles are not full with rocket tanks...

This has nothing to do with the tank, but it has to do with future vehicle development. Just out of curiosity when are we ever going to get ships?