Admiral Graf Spee was one of three Deutschland-class heavy cruisers built for the German Navy in the interwar period as replacements for older warships. In War Thunder update 1.95 “Northern wind”, captains may look forward to commanding this legendary ‘Panzerschiff’, coming soon to the game as one of the first German rank V vessels!

After WWI, Germany’s navy was significantly limited in size due to the restrictions imposed by the Treaty of Versailles. In the early 1920s, some of the oldest serving ships of the Reichsmarine were starting to approach their legal replacement age. As such, preliminary design work on a replacement began in 1920, with the project gaining proper momentum in 1923.

Limited in terms of displacement and ship type permitted for construction, German engineers experimented with various design combinations. By the late 1920s, a final design, dubbed ‘Panzerschiff’ due to its use of large calibre cannons on a relatively lightly protected but mobile hull, was starting to emerge. However, political and economic turmoil in the country negatively impacted the project’s progress, causing its completion to be somewhat delayed.

Admiral Graf Spee saw extensive service in its relatively short service time. In the interwar period, she most notably took part in non-intervention patrols off the coast of Spain during the Spanish Civil War. Upon the outbreak of WWII, Graf Spee was sent to the southern Atlantic for commerce raiding, where after the fateful Battle of the River Plate in December 1939, Admiral Graf Spee was scuttled as a result of damages sustained during the battle, marking the end of its service history.

In War Thunder, Admiral Graf Spee will be the first rank V vessel coming to the German naval tree as part of the upcoming update 1.95 “Northern wind”. Unlike other vessels in the game, going beyond the bounds of the German naval tree itself, Admiral Graf Spee is very much a unique kind of ship historically speaking and will also take on an equally unique role within War Thunder as well, following its introduction to the game as part of the next major update.

The thing that sets the Deutschland-class cruisers apart from other warships is their rather unique combination of powerful weaponry coupled with average protection and mobility. We’ll come back to the latter two aspects later in the devblog, and instead, we’ll now focus on Graf Spee’s most notable feature - firepower of course! 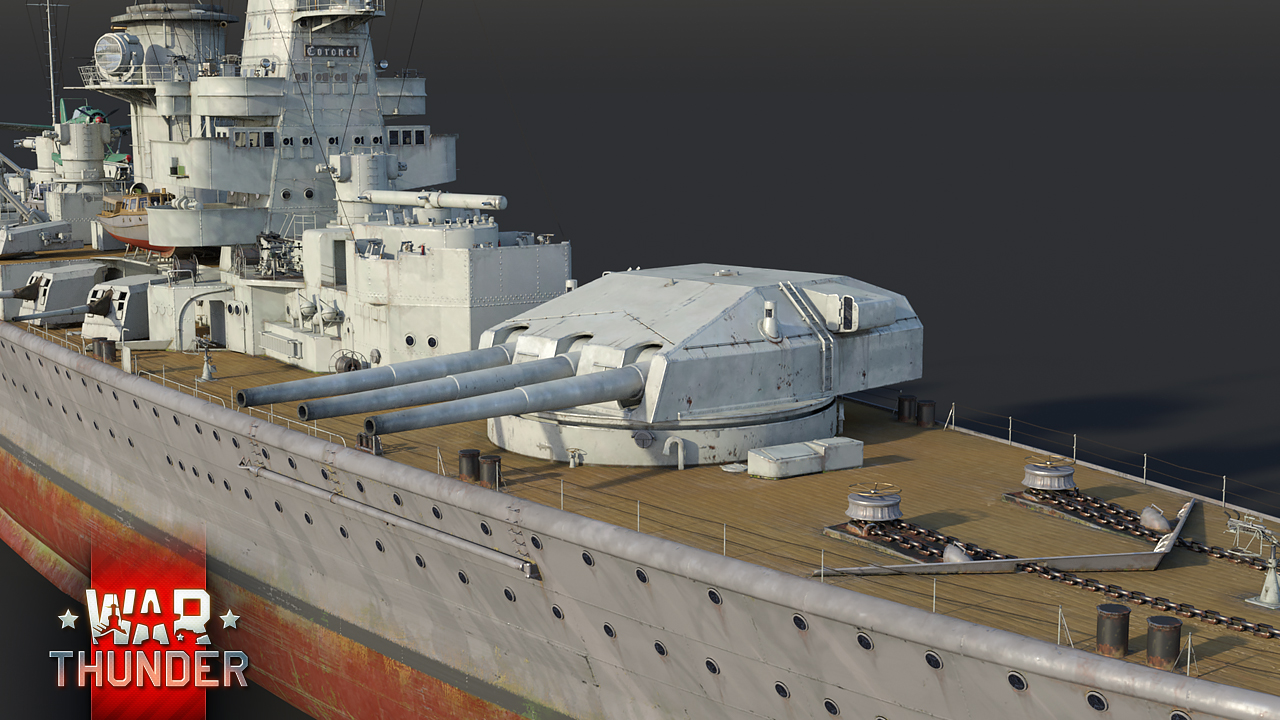 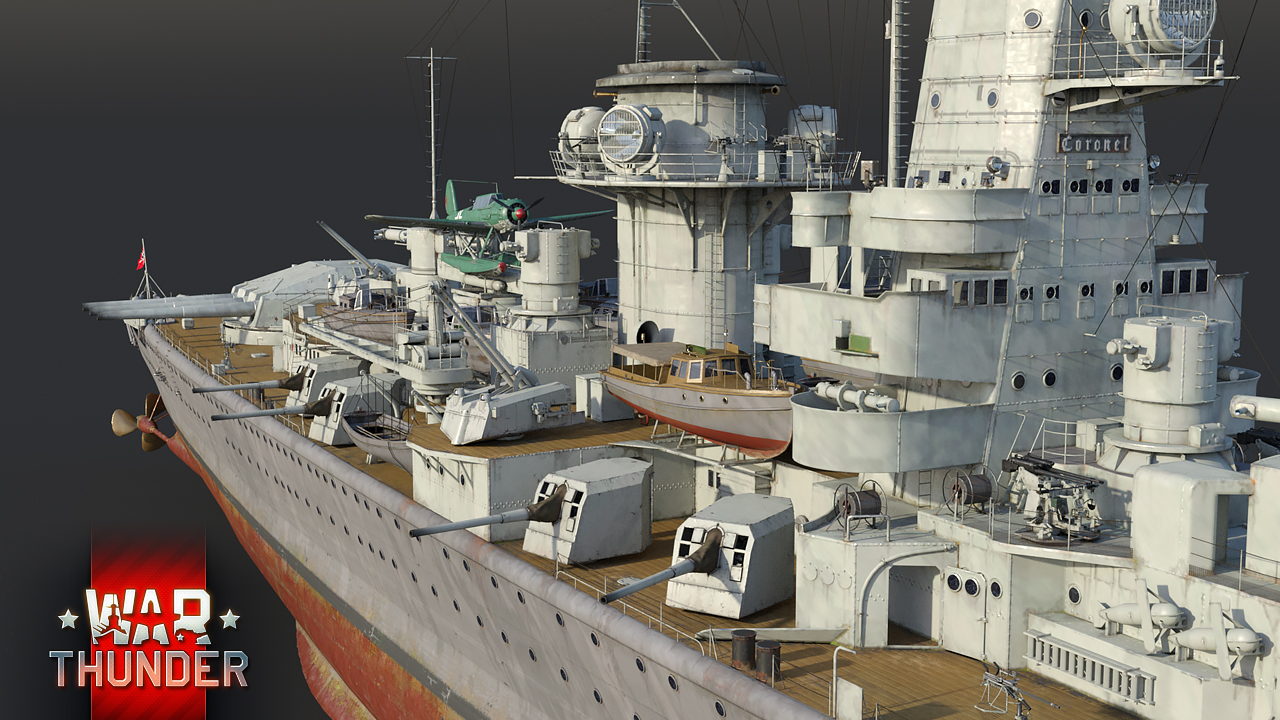 Admiral Graf Spee is primarily armed with a pair of triple 283mm (11’’) turrets, with the turrets being placed on either end of the ship’s hull. Thanks to this, Admiral Graf Spee will become the new record holder in War Thunder as far as weapon calibre is concerned. Naturally, this does mean that aspiring captains of this vessel will have a significant damage output potential at their disposal, though at the cost of fire rate as the Graf Spee’s main guns can only fire once roughly every 24 seconds.

Additionally, Admiral Graf Spee is also armed with an impressive array of auxiliary weapons, such as eight 150mm, three double 105mm AA cannons as well as two quadruple 533mm torpedo launchers, all of which will no doubt prove their worth in close-range engagements, acting as reliable backups to the primary guns.

Fun Fact: Ships of the Deutschland-class were often referred to as ‘Pocket Battleships’, a term given to them by the British due to their oversized primary guns compared to the design’s remaining specifications.

Unlike Graf Spee’s weaponry, the rest of the warship’s characteristics are fairly average when compared to some existing vessels in the game. For instance, the armour protection present on Graf Spee consists of a 100mm thick main belt armour and 150mm protecting the conning tower and turret fronts. While this may not be the best armour protection offered in the game, it will help deflect some damage in combat, while the ship’s sizable crew of 1,175 sailors will further aid in keeping the ship operational during long and intense engagements.

Furthermore, Admiral Graf Spee won’t be among the fastest cruiser vessels in the game. Being powered by eight diesel engines, producing up to 56,800 horsepower, the ship is capable of attaining a maximum top speed of around 29.5 knots (54.6 km/h). As a result, future commanders of the Graf Spee shouldn’t necessarily base their battle tactics around elaborate maneuvers, but rather around making extensive use of the ship’s deadly firepower to provide effective fire support for allied vessels from the rear.

Admiral Graf Spee is coming to War Thunder as part of the upcoming update 1.95 “Northern wind” and will become available to all captains as the first German rank V vessel. In the meantime, keep a close watch on the horizon for more news regarding the next major update coming to the game very soon. Until then, calm seas and happy hunting captains!

Commenting is no longer available for this news
Rules
FEGELAIN
0

Are we going to have Soviet premium or rank V?!?!