We’re continuing our overview of the most unusual Swedish aircraft from the upcoming War Thunder 1.95 "Northern wind" update. Today we’re going to tell you about the first mass-produced Swedish bomber: the B17A. 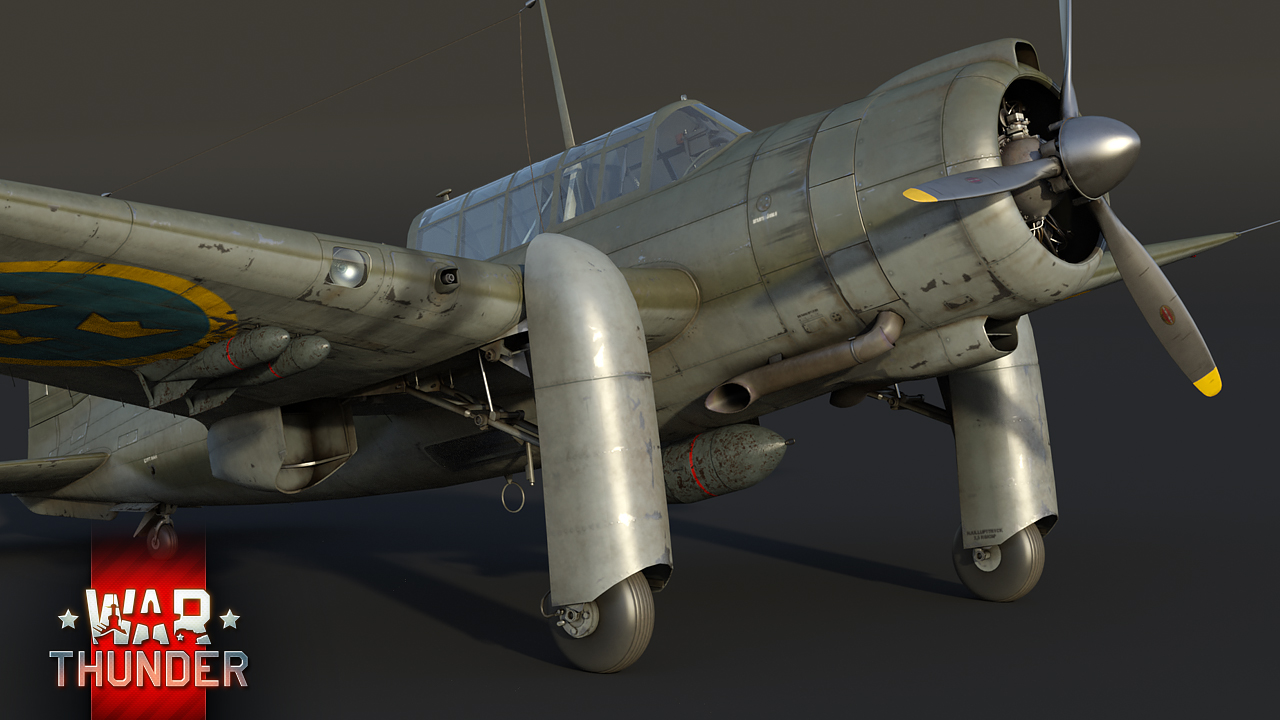 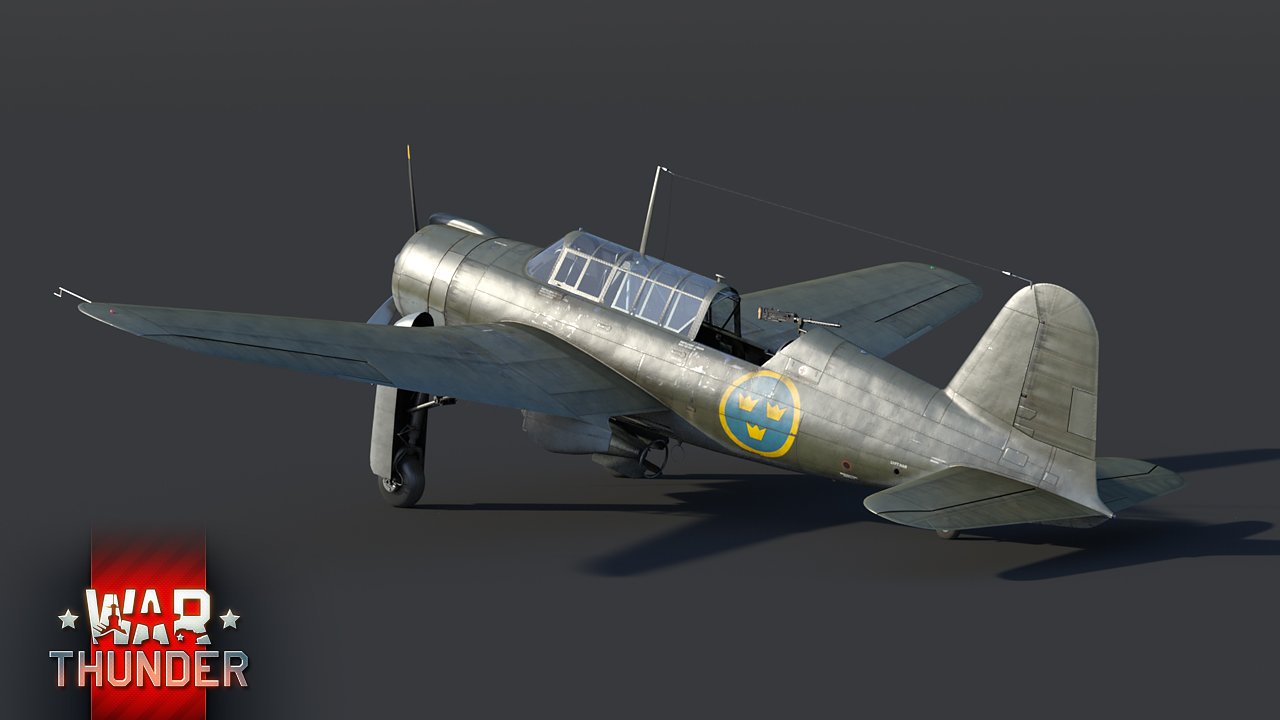 As it was rearming its air force in the late 30s, Sweden decided to acquire its own high-speed scout bomber to perform tactical functions on the battlefield and support ground troops. The designing of the aircraft was entrusted to ASJA, whose engineers developed a project for a single-engine mid-winged aircraft that was quite technologically advanced given the state of Swedish manufacturing.

In order to implement the project, they had to recruit a team of experienced aircraft builders from the American company Northrop, and the project was brought to life with their direct involvement. At first, the aircraft was designed primarily to perform scouting operations and was supposed to be equipped with R-1830-SC3-G Twin Wasp engines from the American manufacturer Pratt & Whitney. However, the American moratorium on the sale of military technology to potential enemies in the upcoming war, the merging of ASJA into the SAAB concern, and protracted deadlines for reorganizing and rearming the air force led to some adjustments to the project.

First of all, the aircraft was rather quickly changed from a scout into a bomber, so it was given a bomb bay, and the doors on its deployed landing gear had to serve as something akin to an air brake for dive-bombing. Second, problems with the delivery of a batch of American engines made it necessary to equip the first mass-produced version with less powerful copies of British Bristol Pegasus XXIV engines. A version of the aircraft with the American engine eventually saw the light of day under the designation A after the mass-produced version of the B17B with a British engine had already been manufactured. A total of 300 SAAB B17s were manufactured in various modifications, including aircraft equipped with floats and even skis for use with winter airstrips. These aircraft were used in Sweden until the late 40s, and some of the bombers were exported (for example, to Ethiopia, where B17s were used up until the late 1960s).

There are two versions of the SAAB B17 bomber in War Thunder. The B17B version will be added to rank I of the Swedish aviation tree. It has a less powerful engine, but it also features a rack with a 250 kg bomb that, during bombing, leads the bomb downward from the propeller’s plane of rotation.

It can bomb not only in level flight, but also when diving with its landing gear deployed to facilitate aiming – the doors on the landing gear can act as air brakes to some extent, although they are not as effective as actual air brakes. The B17A version, which is in rank II, has a Swedish copy of the American Pratt & Whitney Twin Wasp engine with up to 1,065 horsepower and the option to carry a 500 kg bomb, but it can only bomb in a shallow dive.

In War Thunder, both aircraft are pretty decent lower-ranked bombers whose main advantage is their good bomb load. War Thunder pilots can choose from the following options: 9х50 kg, 1х250 kg, 1х250 kg + 4х50 kg, and 1х500 kg for the B17A. The aircraft offer decent speed: the B17A can reach 400 km/h. Their drawbacks include their rather weak frontal and defensive armament: a pair of 8mm machine guns on the wings and one with a limited range of motion on the back of the canopy.

The SAAB B17A will appear in the hangars of Swedish aircraft testers when War Thunder 1.95 is released. We can’t wait!

Commenting is no longer available for this news
Rules
bacongaming
21

Interesting landing gear design for sure

Not really, its like Il-2, but the (huge) gear door cover is on the gear. Blenheim also has cover on gear that acts like air brake

truer words have never been said

You are just jealous :D

Awesome, keep them rolling out, looking forward to them all!!

We got some pretty sweet vehicles in preparation :)

awesome! keep them comming! but there is one plane i hold hopes for, is there a potential for the He 115? it was in service in norway, finland and sweden prior to ww2

It was in frontline service until 1944 in Sweden..

I don't think they've added any floatplanes aside from 1 event vehicle since before naval forces were added. There are a lot of good ones missing. Especially some Italian ones that were actually proper bombers.

Will you incoporate the BT-9 bomb sight so the plane can bomb in the manner it is intented to?