Krasny Krym is the lead ship of the Svetlana-class light cruisers which was laid down for the Imperial Russian Navy just prior to the outbreak of WW1. Despite closely resembling the Krasny Kavkaz, Krasny Krym will offer its future captains some new tactical options with its introduction in the forthcoming War Thunder update 1.85!

Krasny Krym was initially laid down in 1913 under the name ‘Svetlana’, and was the lead ship of her class of four. Svetlana-class light cruisers were intended for the Baltic Fleet of the Imperial Russian Navy and were therefore designed slightly differently in comparison to the closely-related, intended for Black Sea operations, Admiral Nakhimov-class (of which the already familiar Krasny Kavkaz was a part of).

By late 1917, Svetlana was nearing completion. In the meantime however, the Russian Empire was beginning to collapse and the ensuing revolutions, followed by a civil war, halted construction. After the establishment of the Soviet Union, work on the Svetlana continued in 1924, with the ship being renamed ‘Profintern’.

Work on the Profintern finally finished in July 1928, with the ship’s completed layout closely resembling the original one. Instead of being commissioned into service with the Baltic Fleet as originally planned, Profintern was instead assigned to the ranks of the Black Sea Fleet in 1929.

Throughout the ‘30s, the Profintern underwent substantial overhaul works, with her auxiliary weapon systems being upgraded and fire control systems improved. Shortly after the outbreak of WW2, the ship was renamed for the second and last time to Krasny Krym in October 1939.

Krasny Krym, similarly to her half-sister Krasny Kavkaz, served the entirety of WW2 as part of various operations in the Black Sea region. Most notably, taking part in the Siege of Sevastopol and the Kerch-Feodosiya Operation. As such, the ship was primarily tasked with escorting various convoys, evacuating and transporting troops as well as bombarding enemy positions with artillery fire. For her performance, Krasny Krym was also awarded with the elite Guards title in June 1942.

Following the end of WW2, Krasny Krym remained in active service for some time, although repurposed on several occasions. July 1959 marked the end of the ship’s service, with Krasny Krym being ultimately sold for scrap. 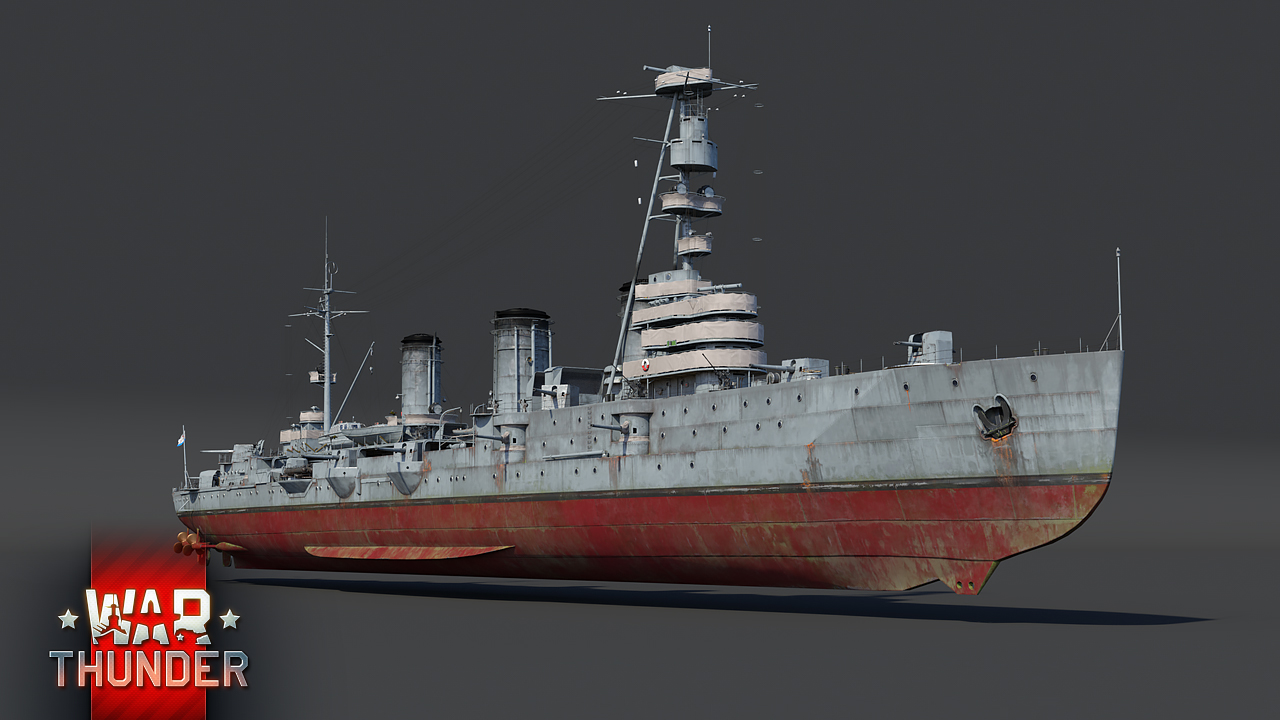 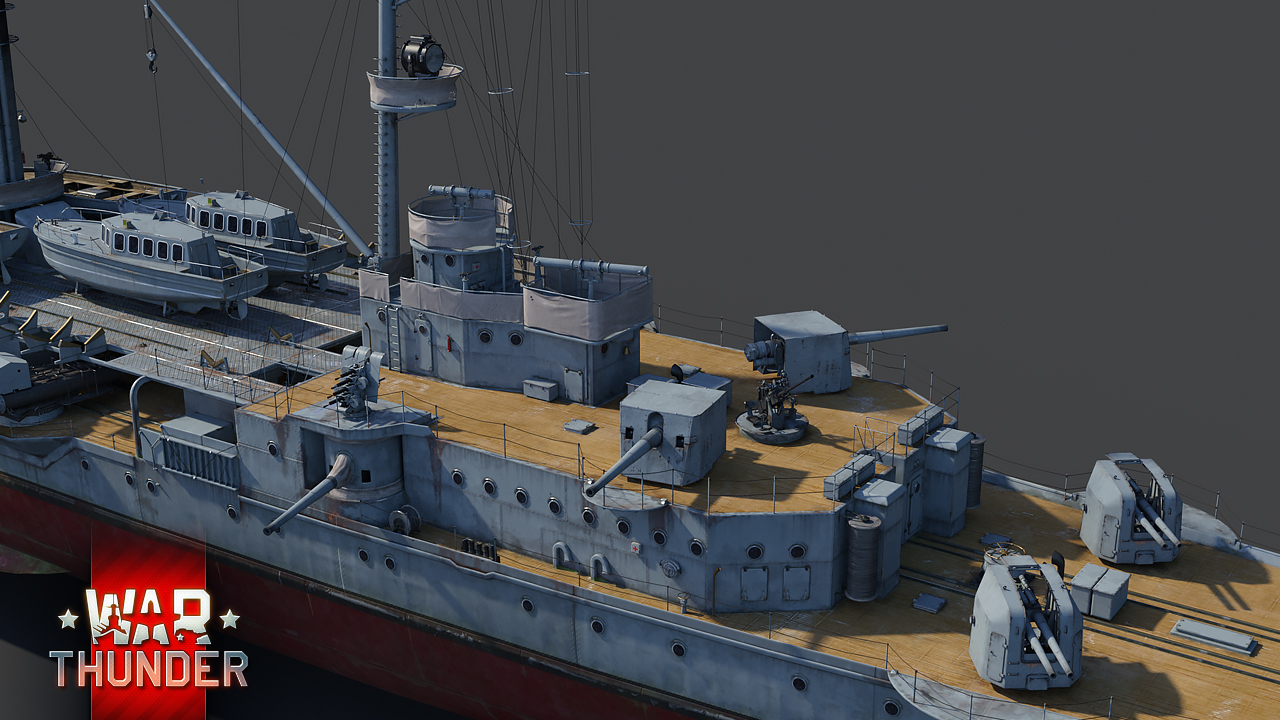 In War Thunder, Krasny Krym will become available to all captains as a new addition to the Soviet light cruiser roster, with the release of the upcoming update 1.85. Being essentially two sister classes, Krasny Krym not only resembles Krasny Kavkaz closely in terms of looks, but also in other aspects such as maneuverability and protection. Thus the armour on both ships is almost identical - the main belt armour consists of cemented 76mm steel, upper belt armour consists of 25mm thick homogeneous steel and the conning tower has 125mm of armour.

As for the speed and firepower - these vessels are quite different. “Krasny Krym” is slower than its predecessor with 22 knots (41 km/h) against the 29.4 knots (54 km/h) of the “Krasny Kavkaz” 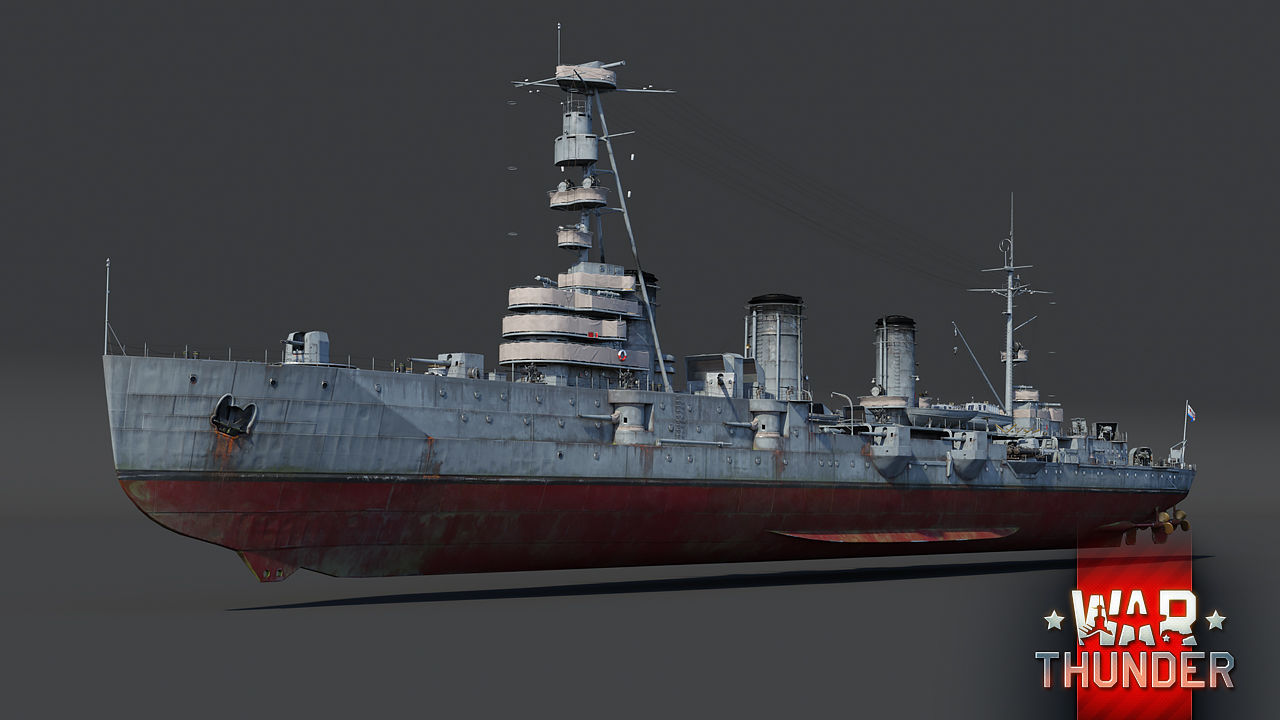 The same cannot be said for firepower, however. Unlike the 180mm guns found on the Krasny Kavkaz, the 130mm main guns on the Krasny Krym make the firepower of this ship appear to be a lot more modest. The Krasny Krym does compensate for this downgrade in gun calibre by substantially increasing the number of guns overall.

By doing so, captains of the Krasny Krym will have a total of 15 primary guns at their disposal. However, due to the spread out arrangement of the main guns, commanders of the Krasny Krym will never be able to get all 15 guns to bear on a single target, but its captain will be able to fire 8 guns at a time with a broadside volley. On the other hand, should you unexpectedly get attacked from the opposite side that you’re facing, you will always have half of your guns ready to fire back at a moment’s notice. Essentially, you can effectively shoot your enemies from both sides at the same time!

Having smaller calibre weapons also brings with it a very distinct advantage - a high rate of fire. As a result, the high rate of fire achieved by the 130mm guns will somewhat compensate for the inability to use more than half of the available guns.

The Krasny Krym should present a perfect alternative to the Krasny Kavkaz for captains who prefer smaller, but faster firing guns without wishing to make any concessions in other departments, such as survivability.

Krasny Krym is already well on its way to player ports and is expected to arrive with the release of the upcoming War Thunder update 1.85. Stay tuned to the news to find out what else update 1.85 has in store. Until then, may the seas be calm to you, fellow captains!

Commenting is no longer available for this news
Rules
TheLegend37
21

This update is gonna be too good, I won't have any SL left after getting the new jets, the new ships( I presume more devblogs soon), and the speedy boi in the Italian tree. You guys are gonna have a problem outdoing yourselves for 1.87.

I'm waiting for Italian tanks + the new Tier6 jets Devblogs :3 , who's with me ?

The future looks bright then.

CokeSpray, It better be x))

Nice boat. But i do hope we will start to see some more Italian ground vehicles soon.

Wow, this is going to be a HUGE update with LOTS of content for EVERYBODY! HEIL GAIJIN!

marek1712, You mean stuff they're always doing? Ever looked into the Changelog tab?

for a very long time, i have to say . . . good work Gaijin, this update is going to be great, now we just need reworked maps cuz its still a pain to play the game in generell cuz spawncamping is the bain of this game. Well lets see where till is going ;) btw are more Wheeled IFVs / APCs planned ? in WWII era the Brits Germany and Italy used a ton of them. in the more modern Era we still have things like LAV 25, VFM 5, BTR 60, 70, 80, 90, AMX 10, Scorpion, Scimitar, Stryker, M1134, M901 ITV, etc

I would 100% bet on these tanks coming in the future dude. dont worry

Yankee667, well after almost 5 years of playing, i dont worry about anything anymore ;)

Can we expect something for japan? Only 2 vehicles in 2018 and 1 is premium

So you want a heavy twin engine fighter? Got it.

An italian tank devblog pls? In 15 days we got just 3

Four, technically, with the Centauro, but I agree. The Jets and everything else is cool and all, but I'm eager to see what other tanks they're doing for Italy

When will IJN come out?

When the mighty Soviet fleet get its all ships :P

Why are you shooting at Will? What did he do?

this update will be amazing, keep the work up, i was just surprised that the name of the update ist Italian Tank related