The Sho’t represents the Israeli version of the British Centurion tank, which entered service with the IDF in the late 1950s. Soon, fans of British armour will have the chance to command an exotic modification of the Israeli Centurion, fitted with a more powerful engine and additional armour protection. Meet the new king of the desert in War Thunder update 1.85!

In the late 1950s, Israel struck a deal with Great Britain to purchase a number of Centurion Mk.5 tanks as a response to Egypt’s own rearmement efforts at the time. Deliveries continued well into the 1960s, with Israel fielding more than 300 Centurion tanks prior to the Six-Day War in 1967.

Although the Centurion, or Sho’t as it was called by the Israelis, was the most modern tank in service with the IDF at the time, it wasn’t very liked among Israeli tank crews due to its low reliability in desert conditions. Therefore, the decision was made to modernize the vehicles in May 1967 by replacing the petrol engine with a more powerful and reliable Continental diesel engine. Further upgrades included the fitting of a new transmission, larger fuel tanks and other minor improvements.

In the following Middle Eastern conflicts of the late ‘60s and early ‘70s, the Sho’t had proven its effectiveness in combat. However, after the devastating tank losses of the Yom Kippur War, Israeli engineers realized the importance of crew protection and work on an indigenous tank design, that would become the Merkava, began.

In the meantime, the vehicles that were already in service had to be modernized in order to prevent a repeat of the high losses of the Yom Kippur War in potential future conflicts. This modernization effort primarily focused on the addition of the Blazer ERA package to the Sho’t Kal and Magach tanks, which would reduce the effectiveness of chemical munitions fired at the vehicles.

The upgraded Sho’t Kal Dalet, as it was known, proved the effectiveness of the upgrade during the Israeli invasion of Lebanon in 1982, where it fared well against ATGMs and RPGs.

The Sho’t Kal Dalet was the last mass-produced modification of the Israeli Centurion, before it was replaced by the more modern Merkava tank models. In total, Israel had purchased and used over 1,100 Centurion tanks, with some still being in limited service today as APCs, ARVs or CEVs. 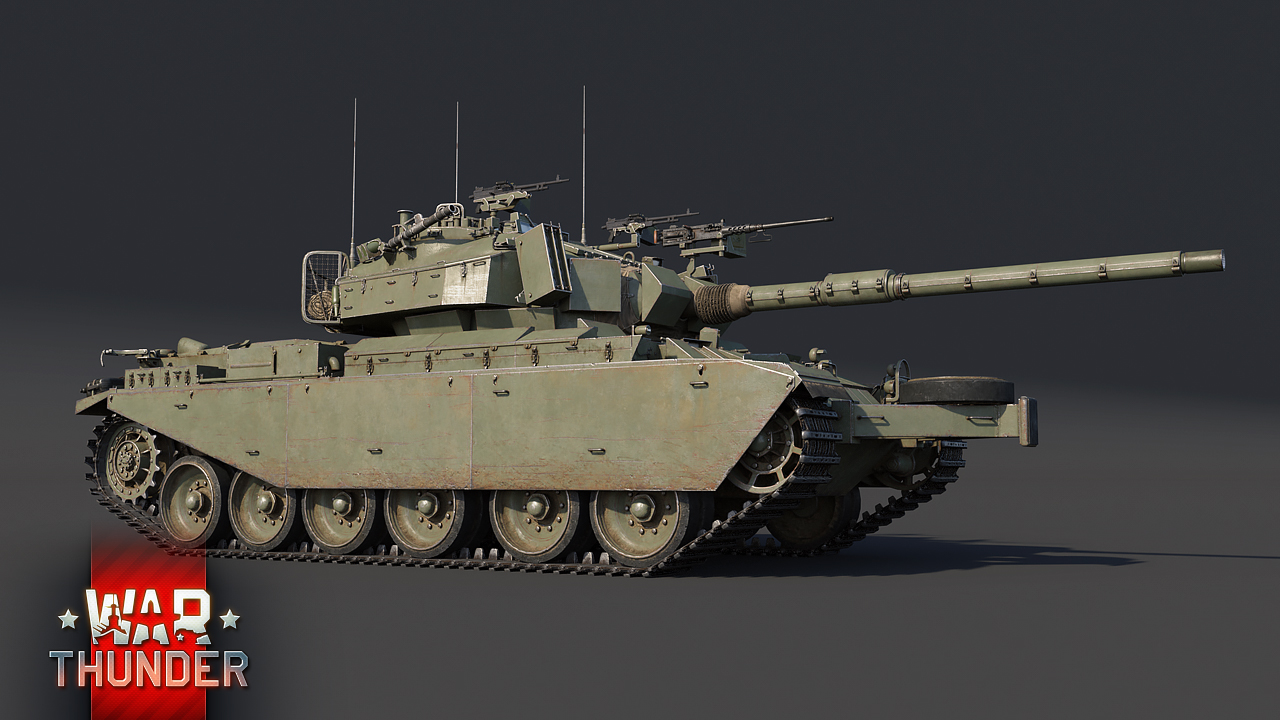 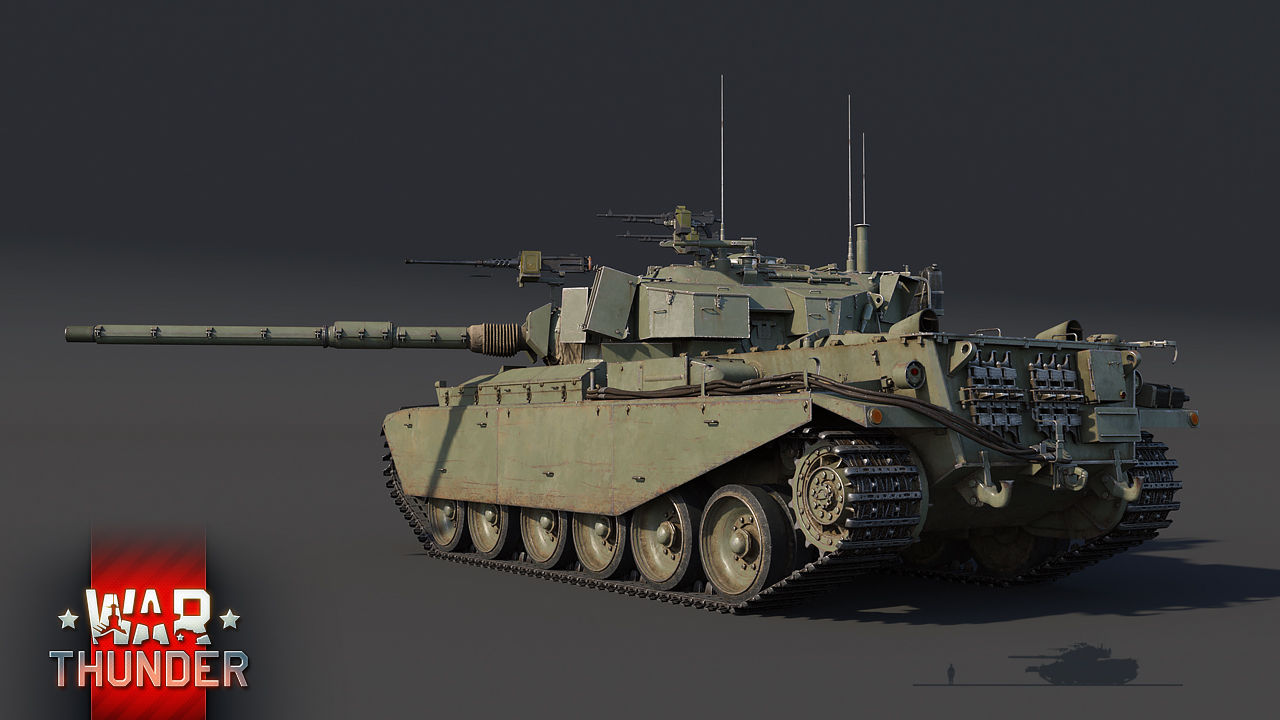 In War Thunder, the Sho’t Kal Dalet will join rank V of the British ground forces tree as a new premium vehicle that offers a unique middle eastern flavour to the well-known Centurion tank. Unlike its standard counterparts, the Sho’t Kal Dalet offers improvements in numerous aspects, ranging from mobility and improved protection against HEAT ammo, making the vehicle not only more versatile overall, but also more suitable for the fast-paced combat of high tier battles.

The instantly noticeable difference between a Sho’t Kal Dalet and any regular Centurion tank is its additional Blazer ERA package, mounted on the vehicle’s front and sides. Similarly to the Magach 3, the Blazer ERA package assists in dealing with various high-penetrating HEAT rounds that are often used at higher ranks. As such, it will likely be credited with saving the vehicle from an untimely demise on more than one occasion.

Furthermore, the standard 650 hp Rolls-Royce Meteor petrol engine was replaced with a more powerful 750 hp Continental diesel engine. The more powerful engine in combination with a new transmission made the Sho’t Kal Dalet substantially faster compared to the regular British models. In fact, the Sho’t will be the fastest of any Centurion models in War Thunder with a respectable top speed of up to 48 km/h!

Despite these differences, the one thing that really sets the Sho’t Kal Dalet apart from all other vehicles within the British tree is closely tied into the vehicle’s firepower. Although it uses the a Israeli version of the well-known Royal Ordnance L7 cannon, the Sho’t Kal Dalet offers a very good APFSDS round, as well as HESH and even a HEAT-FS shell, making it the first vehicle in the British tree to do so! Additionally, tank commanders with a soft spot for machine guns will certainly appreciate the wide selection offered by the Sho’t. This includes the familiar M2 .50 cal, as well as 7.62mm coaxial MG and two 7.62mm MGs mounted on the turret roof.

The vastly improved performance of the Sho’t Kal Dalet and its rather unique visual appearance make the vehicle very interesting in itself. However, it’s also worth mentioning that the Sho’t with all of its premium benefits nets higher rewards for every performed action in battle, thus substantially speeding up your progress through the higher ranks of the British ground forces tree.

The Sho’t Kal Dalet can be obtained by purchasing a special pack in our online store and will become available to all of its future owners with the release of the upcoming update 1.85. Until then, stay tuned to the news for more information regarding the next major War Thunder update. Happy hunting commanders!

Commenting is no longer available for this news
Rules
kololz
18

So am I the one here who does not hope Israel to end up full on Premiums?

Well at least it wasn't the Vicker Mk7/2 being made premium.

Well M50 Sherman is not a premium, but i do get your point.

Because what we need in the UK tree is more Centurions, and not even British ones..... And versatility of this one trapped behind a pay wall. No new British vehicles other than premium or higher tier? Definitely one I would never buy.

We do need more Centurions, the more the merrier I say! But yeah, there needs to be some non-premium love soon for the UK tree - dev blogs for this patch aren't done with yet so there might (I stress *might*) be some hope.

Time4Tea, What about french tree too :( But i agree with medium/high tier struggle with british... Only centu with mobility, Heat FS/APFSDS combo and Armor, is going to be a prem one :'(

Right? And we are finally getting a T5 premium to match the premium Leo and T55 and we get another fucking Centurion. Atleast it has FS Sabot i guess.

Seriously? Another 60$ premium? This is stupid on steroids.

Sadly a prem. But a more competitive tank the the AVRE.

so they gave it a literal bumper bar? just like going around pushing other tanks out of the way. hope that will be modelled in game!

its a battering ram

and as i read this sexy thing by hot chocolate comes on the radio, check out that 50, mmmmmmmmmmm. just so happens i already have a set of markings for it, can't wait!