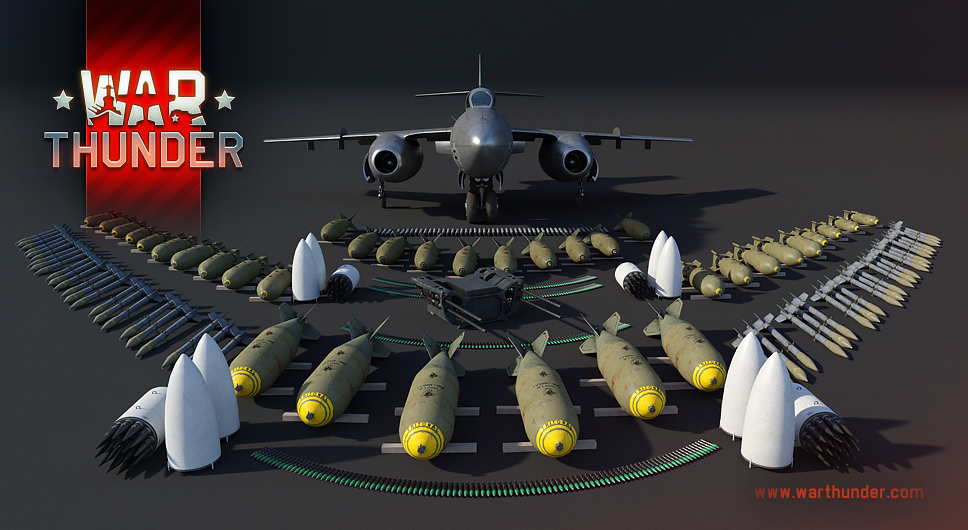 The SO.4050 IIA Vautour is a French, jet-powered aircraft created during the Cold War. It was designed for multiple combat roles, including bombing, intercepting, and ground attack.

France worked diligently to recover from the destruction and losses suffered during WWII, and their efforts included rebuilding and modernizing their armed forces.

Jet propulsion was the future of fighters, but France was behind the other allied powers in developing it. French engineers had only begun familiarizing themselves with jet technology because the German occupation prevented them from studying it.

Regardless, the French Air Force needed natively-produced jet aircraft. In 1951, the French Air Force issued specific requirements for a multi-purpose jet aircraft capable of bombing, intercepting, and attacking ground targets. Encouraged by the test results of their SO.4000 design, SNCASO continued developing the project to meet the new requirements--and ultimately created the SO.4050 Vautour.

The initial order for the new design called for three prototypes to be built, the first of which conducted its maiden flight on October 16th, 1952 and demonstrated promising results. Additional testing proved favorable, and resulted in an order for five pre-production aircraft to test different propulsion options.

Two engines tested were the Rolls-Royce Avon and Armstrong-Siddeley Sapphire engines, but it was ultimately decided to use the French-designed Snecma Atar engine because it was deemed sufficiently powerful to power the Vautour.

This design entered mass production in the early 1950s under the designation SO.4050 Vautour II in three variants. Each variant entered service with the French Air Force in 1958, and would continue to be actively used until 1979.

The Vautour never saw any combat under French use, although several Vautours were exported to Israel and saw extensive combat use in multiple regional conflicts, including the Six Day War and the War of Attrition.

Nearly 150 Vautours were built, although in the 1980s all of them would be quickly replaced by the famous Dassault Mirage. 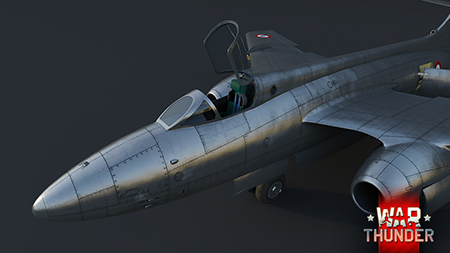 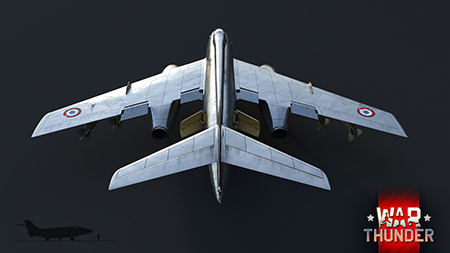 In War Thunder, the SO.4050 Vautour II is the pinnacle of French aviation design in the French research tree.

We decided to implement the Vatour IIA version, which is the attack variant of the aircraft armed by default with four 30mm DEFA cannons. The Vautour also has an internal bomb bay, and hardpoints under the wings for additional ordnance.

When it comes to carrying ordnance, the SO.4050 Vautour IIA is a champion weight lifter. Although Vautour might not seem like a fully-fledged bomber from the outside, the bomb bay alone has a massive 2,725 kg capacity.

If that still isn’t enough for you, don’t worry. The external hardpoints underneath the wings can haul an additional, combined ordinance of 4,000 kg.

If it wasn’t already obvious, that’s a lot of bombs. Bomb calibers vary from 50 to 500 kg, so Vautour pilots have plenty of options for creating the perfect loadout.

You might think carrying such heavy ordinance would slow the Vautour. While it is correct that a fully loaded Vautour isn’t a speed demon, once that ordinance is dropped Vautour’s two powerful Snecma Atar 101E-3 turbojet engines provide a maximum speed of just over 1,100 km/h—almost the speed of sound.

And such high speeds enable newcomers to comfortably engage in aerial dogfights with some of the top performing aircraft currently available in War Thunder, such as the MiG-17, Hunter, and Saber jets.

Fly the unfriendly skies in the SO.4050 Vautour IIA, France’s ‘top gun’ and share your experience with us!

Read more:
The Shooting Range #251
Thunder Show: BFFs
May Sale in the Gaijin Store!
Share the news with your friends!

Commenting is no longer available for this news
Rules
AlphaX3069
15

Really loving the armaments laid out in front of the plane, thanks for continuing to show it like that and good work!

Yes I agree recently I made my start screen of the P-51 with the loadout in front please could we have more like this there really nice love it! +1 :)

Where are the MD.452 Mystere IIC and MD.454 Mystere IV? They're a must for the French tech tree!

Yeah.. The Mystère IV would have been the perfect french top tier, but nobody cares about it since the "Vautour hype". Pissing me off just a little. x)

we want the MYSTERE IV

aww i was hoping the ammo loadout pic would be a downloadable wallpaper :'(

Klick on the picture to enlarge it. Right click on it, save picture.

FaafVonFasslich, Yeah, you can do it that way.. If you want shit resolution.

Be nice if EVERY vehicle in game was a downlaodeable screensaver when introduced. In the meantime, for pc's, right mouse click it and save as....... that works for me.

i'm reporting this page for use of pornographic images

so finaly almost Mach 1 in warthunder ?

Technically, you can pass mach 1 with a couple of jets for some time already. There is just a tiny problem, your wings don't follow your plane. 8)

Ouiche, technically the wings will follow but not at the same speed :D

Well, you can already pass mach 1 IAS at high altitude and in a shallow dive. With the Vautour, the Hunter, the Sabre, the Mig 17....

Will you add the modern jet pilot model to the SO.4050 IIB like we already have on this IIA ?

I'm still waiting for a modern pilot model for the Hunter :(

Alpha_Jager, The British, Germans, Soviets, and Japanese all need modern pilot models for the their 9.0 aircraft. I hope their updated soon, because it does kinda break immersion imo.