Heavy Tank T34: Commanding Respect
24 February 2017 Development
Attention! This news was published on the old version of the website. There may be some problems with news display in specific browser versions.

The Heavy Tank T34 is another tank with the designation 34, but now this title conceals not a nimble Soviet medium tank, but a real American “heavyweight.” It features a massive gun, thick armor and almost an entire division of American tank crewmen on board. Get ready for a new unit that requires almost no introduction: the American Heavy Tank T34!​

The Heavy Tank T34 represented an eventual attempt by the US Artillery Department to enhance the firepower of the tanks from Project T29. In spring of 1945, two prototype T30 tanks (a T29 variant with a 155mm gun and a more powerful engine) were rearmed with 120mm guns and received the designation T34. The T53 120mm gun was essentially a version of the M1 anti-aircraft gun that was adapted to be installed on a tank and it was also the most powerful of all three weapons on tanks from Project T29. Eventually, due to problems with high levels of fumes in the cockpit after the gun was fired and the risk of generating a backblast when opening the hatch, a bore evacuator was installed on the barrel of the T53 cannon to expel lingering propellant gases.

After the war ended, the pressing need to develop such heavy vehicles declined and in 1950, the entire Project T29 was permanently scrapped.

Many players have already managed to acquaint themselves with the outstanding combat capabilities of the American T29, but until recently, it simply had no decent alternative in the main branch. There is now an alternative to the T29:  the Heavy Tank T34, which already stands out when it comes to the peal of thunderous gunfire – the thunder of war. 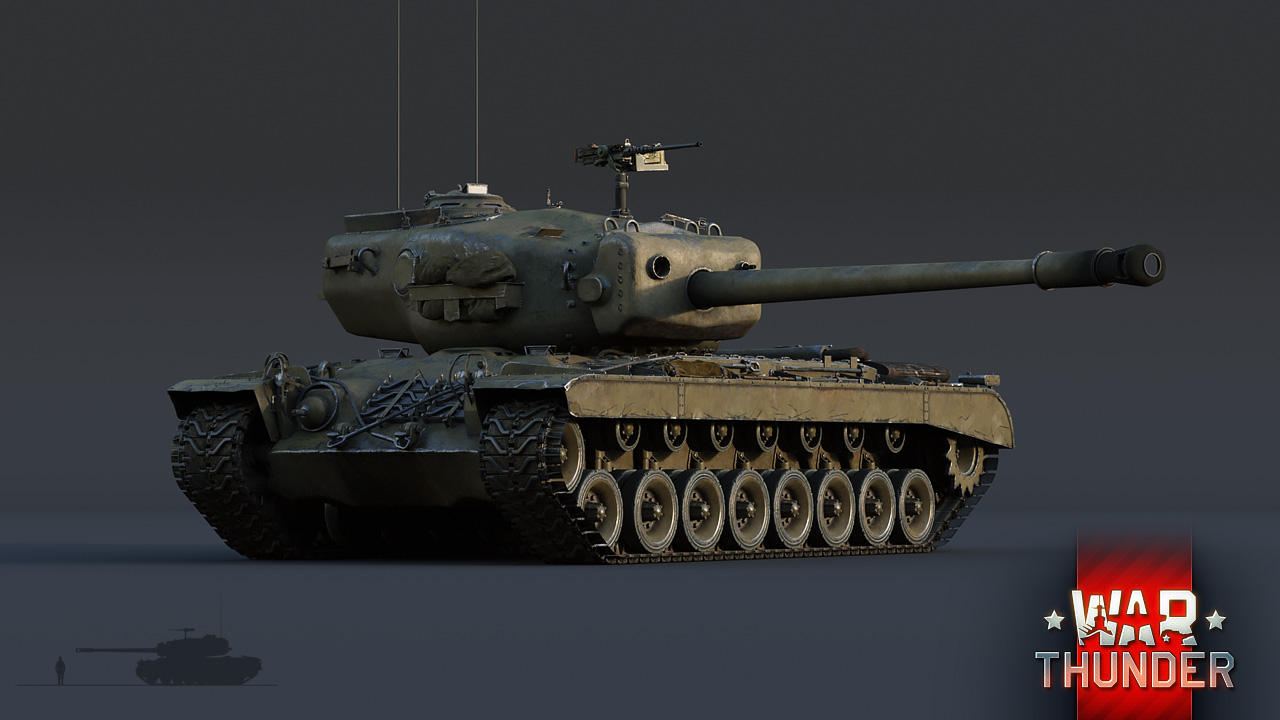 With a more powerful 120mm gun, a new 810-horsepower engine, and an additional 100 millimeters of armored plating welded to the rear of the turret, this tank is actually slightly superior to the deadly T29 in terms of its combat capabilities.

This massive steel giant will be available soon at rank IV of the American heavy tank tech tree, and it will doubtlessly become one of the most sought-after new units in patch 1.67.

Commenting is no longer available for this news
Rules
BakerOne
35

RIP germany and Japan, only thing to balance this would be a E-75...

Fixing the 105mm gun penetration on King tiger and all APCR performance. Fixed ST-A1, ST-A2 and edition of ST-A3 and ST-A4 would easily counter T34

Are we using the same shells from the T29 Heavy Tank?

Stona_WT, can you guys pls fix the king tigers gun if you are going to add this.

At this time its not a problem anymore, most of those who actually expect balance and fairplay in a MMO left the game or ignore a lot of content. By now gaijin just has to cater to casual gamers with low standards on gameplay quality. Hilarious how easy it is to make your next battles an allmost certain personal success (or overall victory even) by simply chosing the wellknown OP units/nation in each Tier. Simply by hangar setup one knows the outcome of coming battles, if he has experience in WT

yourgreatestfear, Pretty much summed it up. Somehow some players are failing to win using the most broken vehicles. Did you ever saw someone loose at 2v1 with 109 f4 against 3.0 planes ? Or Migs and sabres loosing against a sea venom ? It's simply hilarious.

no, it will make america even more dominant than it already is, i dotn think people realize how effective the emerican tanks are compared to the others, i mean everyone talks trash about the m4 sherman but my god, that thing completely owns everything else on the field, ive duked it out with 4 german tanks and 2 russian tanks at once with the m4, killing all but one german tank, my jumbo, countrless times ive held positions on my own against the axis and walked away without a scratch

KotaWolf, Bad players will complain about USA being underpowered... which it isn't

KotaWolf, Finally someone realizing it. US has gone more powerful than the russians which actually surprisng me. Cant wait for being destroyed by France Renualt in Maus.