B-10B: The Racing Bomber
17 February 2017 Development
Attention! This news was published on the old version of the website. There may be some problems with news display in specific browser versions.

Created in 1930, the American Martin B-10B high-speed bomber reached speeds of 333 km/h in testing. This meant that the bomber could outrun many of the biplane fighters at the time! As a result of the project’s success, Martin received the prestigious Collier Trophy for its contribution to aviation and an order from the government for 48 units, which later led to several more large orders. By the mid-1930s, the company’s Martin B-10B and B-12A made up the core of the USA bomber force.

However, soon the race for technological supremacy shifted towards even more advanced designs. New fighters became faster and bombers more powerful, and the B-10B was eclipsed before its paint had even lost its gloss. From 1937 onwards, the B-10B was replaced with the more advanced Boeing B-18 Bolo. The bomber saw out the war in several US wings in the Philippines. But the B-10B still managed to see some action – the exported aircraft were used in the Dutch East Indies, China and Thailand both in local conflicts and in air battles in the Second World War. 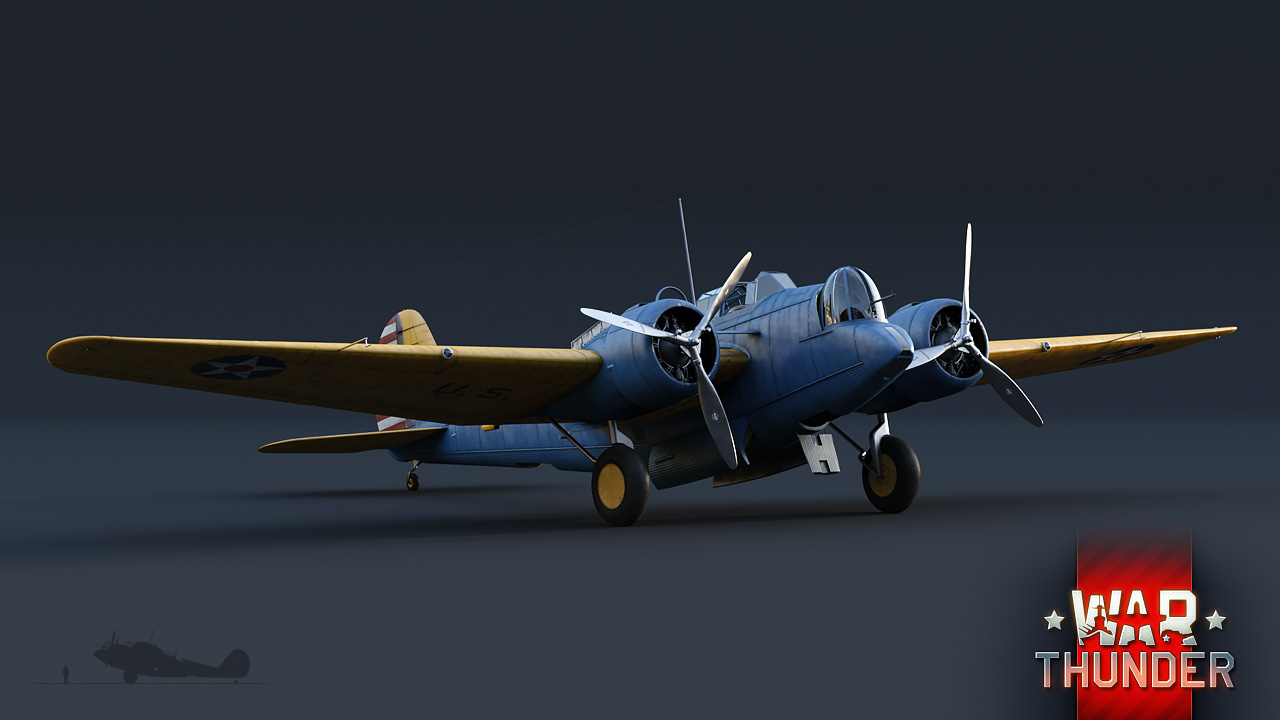 In War Thunder, the B-10B will take its place at rank I as a premium aircraft in the American tech tree. The domed nose turret and large canopy of the dorsal turret give the aircraft a distinctive appearance. One interesting detail: the engine and oil temperature gages and the engine-propeller air pressure gages were located directly on the nacelles, which allowed the pilot to read the instruments on the left and right through the canopy glass.

For its rank, the B-10B possesses excellent speed and is capable of evading some, but not all, fighters. For pursuits, the aircraft was equipped with 7.62 mm machine guns, one in the nose turret, one in the rear canopy and a third in the ventral fuselage hatch. The Martin B-10B has several load presets of 250, 500, 1,000 and 2,000-pound bombs, its maximum payload is 2,000 pounds (just over 900 kg).

This American bomber will be added to the game in the next major War Thunder update coming soon. Keep an eye on our news, we’ve got lots more in store!

Commenting is no longer available for this news
Rules
Wolf_89
15

It remind me of Hs.129, another ugly duckling close to my heart, with nacelle-mounted gauges as well. ^_^

A shame that it will share the same fate as other low BR tier I planes: Becoming expensive hangar decoration as most of the time in battle you'll be uptiered into higher BR's to meet superior enemies with devastating guns on RB that you can't defend against and will entirely outclass you, being doomed as a bomber to being unable to make any difference at all for your team and are only seen as a flying points pinjata by your enemy. Such a well thought through game concept.

time to get the wallet out :)