The MT-LB is the well-known multi-purpose armoured personnel carrier that was fitted with a huge variation of armament, including the “Shturm-S” missile system, which was capable of destroying heavily armoured targets.

The MT-LB, also known as “Mnogotselevoy Tyagach Legky Bronirovanny” in Russian (which stands for “Multi-Purpose Towing Vehicle Light Armoured”), has been mass-produced since 1966. The vehicle was primarily used as an artillery tractor that acted as a means of transport of the gun crew and ammunition complements. However, as it happens with every well-designed platform, the carrier ultimately became a base for all kinds of armament sets. In the early 70s, the USSR began development of an anti-tank hypersonic missile system with a strike range of up to 5,000 metres for armoured targets. The system received the designation “Shturm” and was intended to be equipped on both air and ground units. In the end, it was the MT-LB that was chosen as the base for the former role. In 1979, the new ground combat vehicle was put into service under the designation 9P149 “Shturm-S”. 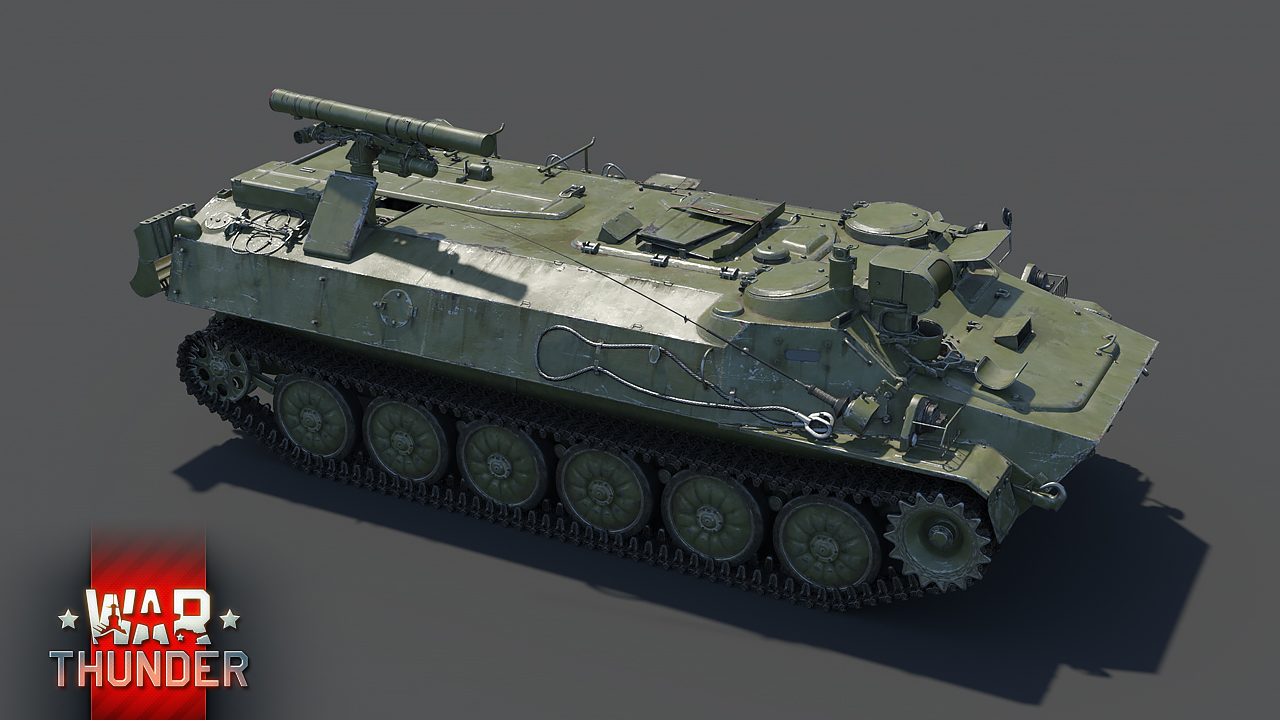 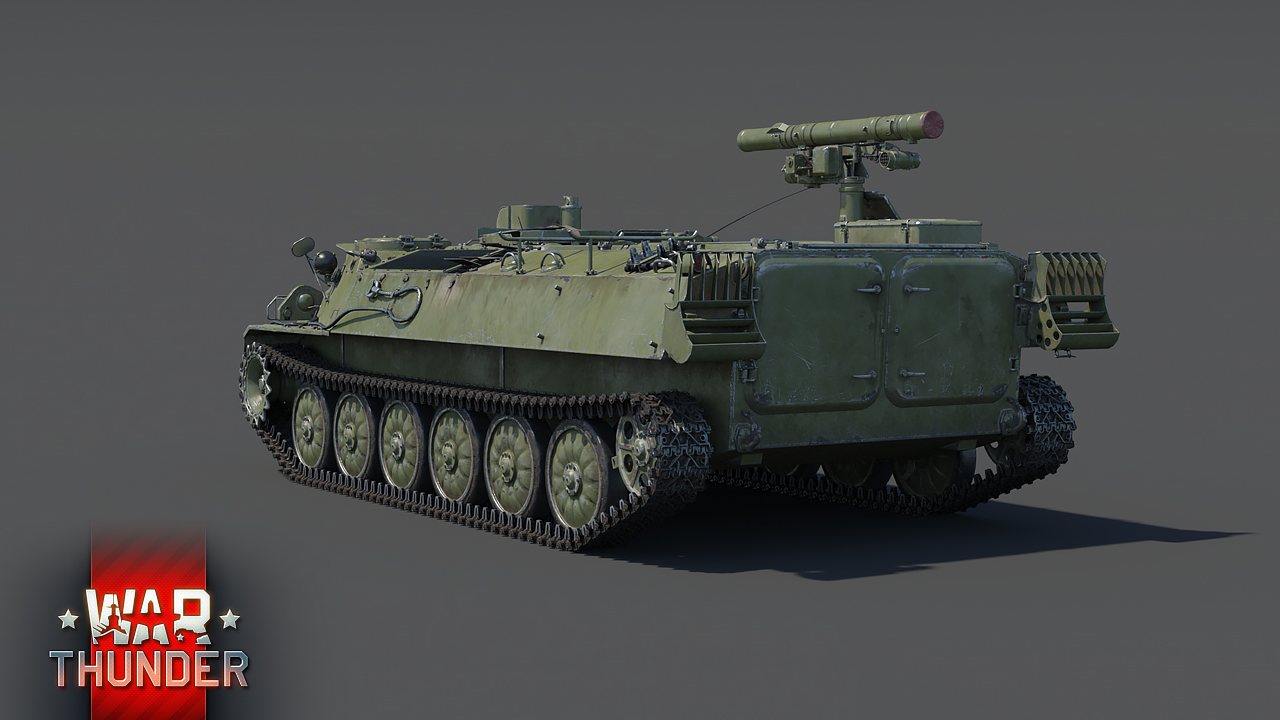 Briefly: The 9P149 will make the perfect vehicle for hunting down enemy armour. Fantastic mobility, low profile, and 12 guided missiles in stock!

In War Thunder, the 9P149 “Shturm-S” will join the ranks of the Soviet rocket systems as a lethal and stealthy hunter of the enemy heavy armour.  Its light weight enables the vehicle to be highly mobile and travel at a speed of 60 km/h when moving forward and 10 km/h when going in reverse. Moreover, its low profile and lack of any kind of superstructures (not counting the launch system) allows the 9P149 to stay stealthy even in relatively flat terrain. The vehicle is only fitted with protection against bullets – even its most-armoured spots have a thickness of 14 mm, and the reason for that is because the 9P149 was never intended to be deployed at the frontlines.

The “Shturm” ATGM is capable of reaching enemy units as far as 5 kilometres away, and its missiles have a penetration capacity of 560 mm  and if it will be not enough it has also “Ataka” ATGM which can penetrate 800mm armour, which should suffice for practically any target on the battlefield. And this combat vehicle carries as many as 12 of these deadly missiles! In the case it’s impossible to get close enough to the enemy on land, the MT-LB can travel on water at a speed up of 6 km/h and even shoot from short stops while floating.

Fun fact: throughout its 50 years in service, over 80 different kinds of sub-models of the MT-LB were created, ranging from APCs to weapons systems, some of which are still in use to this day.

The 9P149 “Shturm-S” is a rather frail yet lethal combat vehicle – especially if you are proficient at ambush tactics and aren’t too lazy to change your position quite often. Our Soviet ATGM carrier will appear in War Thunder update 1.89 very soon, and we are just as excited about its appearance in the game as you are!

Commenting is no longer available for this news
Rules
*Pku_Creamier2
56

We should get you to do our pros & cons.

Ouiche, Lol, gonna be easy to track with all those disposed tubes lying around

Yeah, It'll be had to see and hit it in the water.

Thanks, but could you make the Italian cars float like you said they would? I have been waiting.

They need to make everything amphibious in the game that was amphibious without prior modification in real life.

Dauntless262, There is that little Japanese scout tank that needs its float modifications. Gaijin pls.

I wish I could give this a hundred thumbs up.

France is getting some love.

Ouiche, please don't do the same mistake as last time, don't wait 60 million years to tell use that we are not getting the Leclerc. and if we get a Leclerc make it good at the very least

Looks interesting. I love it!

Yeah same, I just don't know if it will join the light vehicles or anti-tank vehicles

Lil_Jibbo, It will obviously go under the 906

this is gonna be fun

It's no longer power creep. It's power sprint now.

This does nothing the RakJpz 2 doesn't. In fact it's worse - worse armour and a worse ATGM. It's more balanced than the IT-1

I love how it just drops the missile tubes as soon as the missile is fired. It fires its shot, drops the weapon and picks up a new one. This is the peak of engineering. I'm gonna grind out the russian tree just for this.