Location: Greece
13 September 2016 Development
Attention! This news was published on the old version of the website. There may be some problems with news display in specific browser versions. 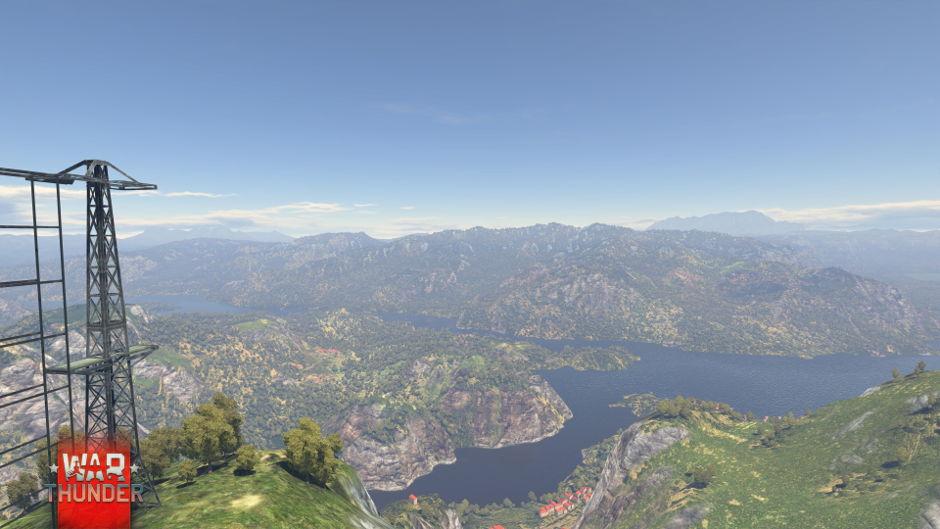 We are pleased to present a new air battle map in War Thunder, which we've titled Greece.

Close combat amid labyrinths of cliffs in a colorful Mediterranean landscape?
Boom and zoom from out of the clouds? This has all that, again and again! Clear prop!

We are pleased to present a new air battle map for War Thunder 1.63 Desert Hunters, which we've titled Greece. This location was designed based on Mediterranean landscapes. As for designing the map’s unusual terrain, our artists took inspiration from the Metéora rock formation in Greece. We've tried to design the terrain of this small map as a giant labyrinth with a multitude of twists and turns, cover and obstacles at various heights. A number of traditional Mediterranean homes with Dutch tile roofs are plastered all over the stone slopes on 'Greece', and bright sun rays shine through to add to the palette of grey cliffs and thick greenery.

'Greece' was created primarily with Arcade air battles in mind. It's a lot of fun to chase each other at high speeds on this map, dodging trees and cliffs, constantly changing your roll and provoking your pursuers to crash into cliffs or houses. Every pilot is sure to be excited by the refreshing and merry battles in the complex labyrinth of this mountain village! Fans of boom and zoom strategies will find plenty to do here too – opponents constantly maneuvering at low altitudes means they'll have a lower speed, which you can take advantage of. But be careful when you pull out of your attack – moving at speed makes things harder to control, and the chances are high that you'll imprint your airplane in a stone wall. Bomber targets are located a little further from the gorge: while fighters are busy trading bullets, bombers can decide the course of the battle themselves, methodically dropping bomb after bomb on enemy bases. Fighter, keep an eye on your bombers – both yours and your enemy's! 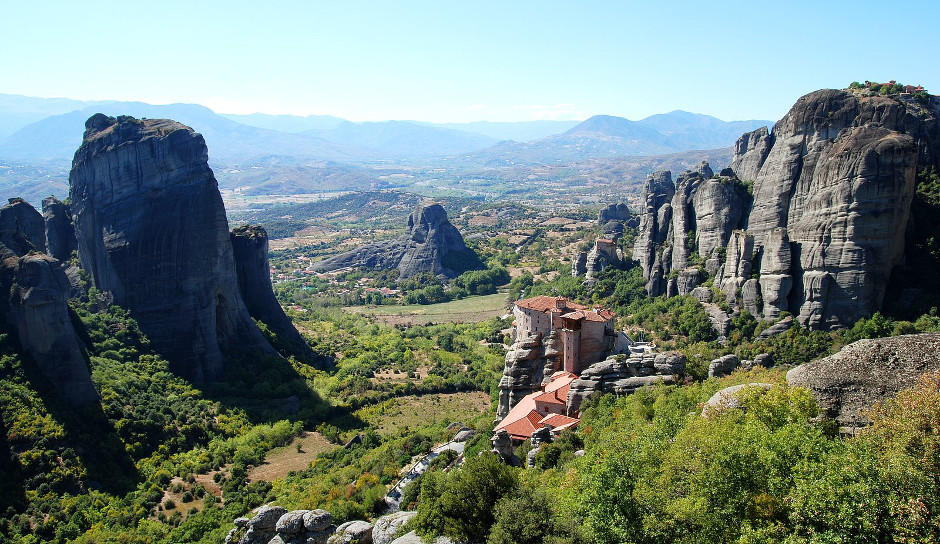 One of the landscapes in the Metéora​ complex that inspired our artists when they were creating the location.

We truly hope that you like our new Greece map as much as we do. See you in War Thunder 1.63 Desert Hunters and in the skies of Greece! Until next time!

Commenting is no longer available for this news
Rules
king2000x
12

Please don't do it only for AB, such a terrible waste

you rb people need to get a grip, all day every day complaining as if arcade players are plebs and supposed to read all these hostile nonsence that they don't deserve new map? that they are somehow spoiled???

lyrillvempos1327, also read below Stona said it's "arcade style map" it's prolly not going to be arcade only, i don't know why people upvote this comment knowingly ignoring that, just to get visibility to force devs to actually deliver rb version too? please..

so, this new map is not "catering to arcade players" if anything only puts bigger smile on face of bomber spammers, it's not "useless pointless" because arcade players aren't pigs who don't appreciate variety, it's a shame not in those regard, it is a shame it's ground strike map instead of domination map, because domination maps are usually flat lands(yes I know there was a new dom map made recently), where as I'd like domination map love from designers to make some terrains like they do with

lyrillvempos1327, Nobody said any of the vile, acidic, ACTUALLY HOSTILE things you are claiming was said. All the guy said was that it would be a waste to restrict the map to one game mode - and that's true. Nowhere was anyone hostile in any way until you launched your own verbal assault. Everything you put in quotations - was never said by king2000x - you are ranting about absolutely nothing like a madman - and you have the nerve to claim other people are hostile as rabid as you are.

Yeeees, thank you Gaijin for letting me fight for my country!!

just how many % of playerbase is from greece?

lyrillvempos1327, There are arround 700+ possible greek players in the game :)

Which was shot here Stona :) https://creti.co/blog/stavros-beach-crete/

while it's ok to feel useful as bomber, it can't feel autowin as them, not that fighters shouldn't take care of bombers, it should feel skillful and tactical to deal with bombers than either too ez and boring or plain painful chasing too many of them around while they happily drop bombs all the same

Adding new maps is always great! I would have a little request regarding RB, however... if you're not adding a map in which Germany can face the US and/or the UK, please do something about Norway. It pops up way to often in rotation, some days even 3 times in a row. I don't even remember the last time I played on Malta for example...

mandrake, Yes I remember. I remember when there was some people at Gaijin thinking outside the arcade mentality. Thats all there is nowadays, arcade playing developers developing for arcade players.

3 times in a row!!!??? really??? how about 7? yeah had a screenie of the battles results messages for quite some time. And yeah I would LOVE to get on Malta battles a bit more.

Just an observation. Has anyone else noticed that for a patch called "Desert Hunters" we are yet to see anything to do with the desert ?!

Since Desert Rats are already here, it could only mean Desert Storm! With F-16 and M1 Abrams and such...