American tank design at the end of the war stood out for its numerous intriguing projects, many of which were given material form but never reached the front. One of these will be coming to War Thunder soon™ in the American tech tree as a premium vehicle – the T29 heavy tank.

The T29 was an experimental vehicle that was designed as a weapon against German heavy tanks at the end of the war. Alas, the prototype took until 1947 to build, at that point the US army no longer had need for such an expensive and heavy tank. But that didn’t mean that all their efforts were wasted: elements of the T29 design were used in the development of almost all later US tanks during the Cold War.

This tank stands out for its size.

Its mass of 64 tons is huge even for a tank of this class. But all this weight didn’t come about by accident: its spacious turret was equipped with a 105mm T5E2 cannon: incredibly powerful and frightening in its appearance alone. Additionally, the tank had impressive armour – almost 300 mm at the front of the turret! The front of the hull was also protected by thick armour plates set at a steep angle, though they were somewhat weaker than those installed at the front end of the German Tiger II. The American tank does looks truly frightening.

But in battle it is, of course, better to rely on its powerful 105mm gun rather than its threatening appearance. This cannon is more than sufficient to send any opponent at the same BR back to the hangar with just one successful hit - the T95 and T28 SPGs have similar guns. The other features of the tank in total allow classic heavy tank strategies to be used: don’t be afraid to expose yourself to the enemy as long as you don’t let them hit the weak spots of your armour, cover medium tanks in attack and use your power to press for an advantage. Just make sure to hide the lower frontal armour plate and turret sides from the enemy. 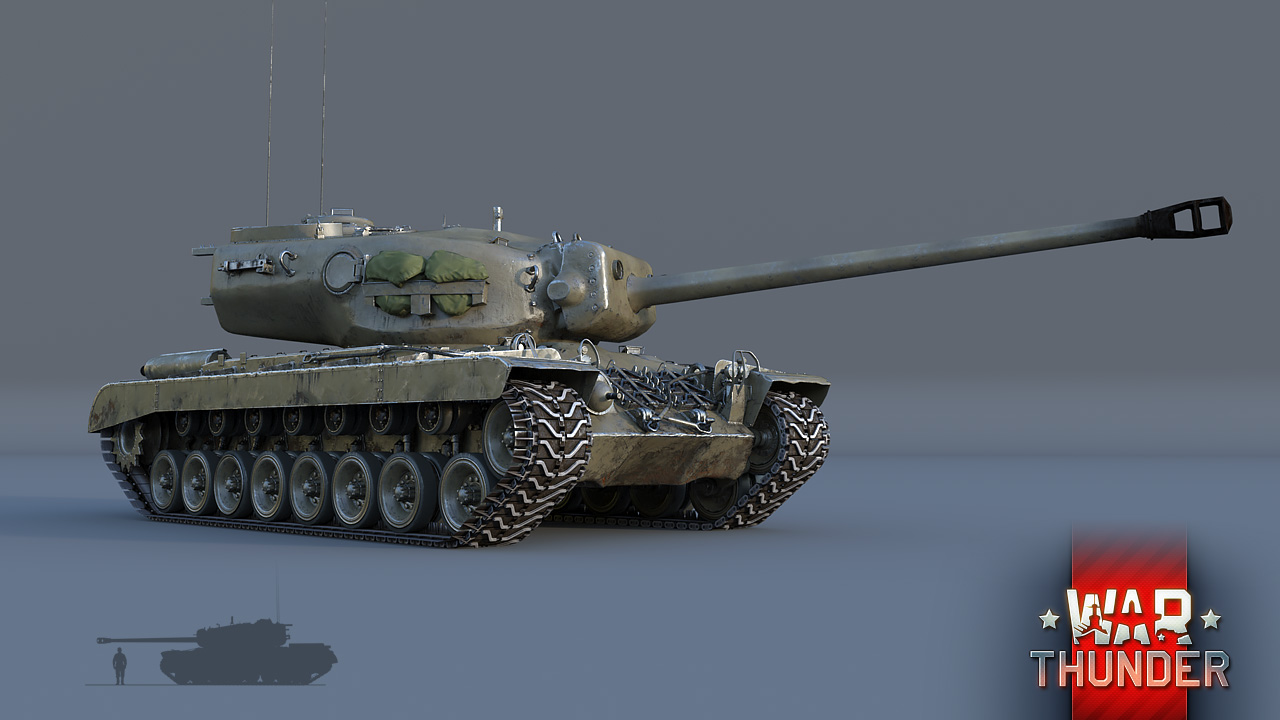 The T29 will be a premium vehicle available for purchase in a bundle at Gaijin.Net Store.
Expect the heavy T29 tank in the 1.59 "Flaming Arrows" update soon!

Commenting is no longer available for this news
Rules
*nated13
15

So by making this tenk a premium tenk, does it mean that the experimental heavy tank t34 will be added in the normal tree? If not this is sometingh that worries my and makes it seem like warthunder is going for PAY TO WIN not PLAY TO WIN. This is how other ftp games have diggen their own grave!

Why premium developers. There is only one good tank for Americans. ****** pay to win. Omg

The T29 was an obscure prototype that that was never adopted nor used operationally. The US have the T26E1-1 and T32 already in the main tree, so it was very logical to have the T-29 as premium. It is not pay to win at all.

doesn't look like a monster too me. Just another target to rip apart big time :) Because most of the Us tanks have weak lower plates that can easily kill the tank

The hull in general should be rather weak, and most things from 5.0 and above should be able to get some shots through it at most angles. I bet that there will be a fair share of people claiming it to be under-powered despite all their whining now about it being OP as hell

No regular version like the T29E3? The US could do with a 6.7 Heavy to fight Tiger II(H) etc

SP is Trash if you have ever played it you'd know its no match for a real 6.7 heavy tank

Will we be seeing the T30 and the T34 later on? It's great seeing this thing but it would be fun to see its "brothers" also.

That would be nice :)