In the upcoming War Thunder update, the 9A35М2 will become the earliest SAM available for research in the Soviet tech tree. 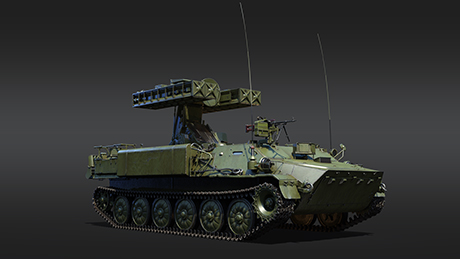 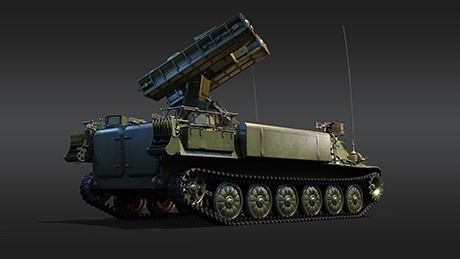 With the release of the next major game update, enthusiasts of Soviet vehicles in War Thunder will receive the 9A35M2, a.k.a. Strela-10M2, the first air defense system available for research in the Soviet ground vehicle tech tree. The machine, built on the chassis of the MT-LB armored tractor, is designed to destroy enemy aircraft at short and medium distances.

The 9A35M2 ammunition load is 8 surface-to-air missiles with a thermal seeker: four in launch containers and four available for reloading. The missiles are capable of hitting enemy aircraft at distances up to 5 km, while the missile has a good maximum overload indicator for its rank, which results in high maneuverability.

The new 9A35M2 should feel very familiar to tankers already familiar with the Shturm-S, as both vehicles share the MT-LB multi-purpose chassis. It is a quite mobile amphibious platform that can easily overcome rough terrain. The armor of the vehicle is only bulletproof and will not protect against tank guns, autocannons and close bomb explosions. By the way, the 9A35M2 itself has a fairly high silhouette, so it would be wise to fire from behind cover or from the lowlands.

The new Soviet air defense system will take place between the artillery anti-aircraft guns and the 2S6 SAM, thus covering the need for anti-aircraft missiles at the pre-top ranks. The vehicle will be able to provide invaluable assistance to the team, destroying attack aircraft and early helicopters, which are forced to come close to the tank battle area due to the limited range of their ATGMs.

Look for a new SAM vehicle at rank VI of Soviet armored vehicles research tree immediately after the release of the upcoming War Thunder winter update. You will always be the first to know about other interesting vehicles, locations, new game mechanics and game improvements in our Devblog series. Stay tuned to the news!

So... Does this mean that stingers will also get a buff and finally be able to hit stuff?

If you think that something is not working correct, please submit valid bug report here: https://community.gaijin.net/issues/p/warthunder don't forget to attach valid [and not classified] documentation. Thanks!

Stingers are working Great so why a buff ?

1st devblog and its not a boat? Are you OK?

With the PT hull, it's at least a boat part of the time.

IR Sam's are cool, but when will you fix their locking capabilities? All these IR missiles have "6km" range but they are only able to lock helicopters within 2km, sometimes they have to be even closer, it is pretty ridiculous. Will we see a buff to them this patch?

well IR needs HEAT and Helicopters tend to be rather cold ( except Russian boys which your able to snip from 3.5 - 4.0 KM ) I spend alot of time with SPAAs so there really fine. Only the Drones are a pain sometimes cuz you either dont see them or need to be directly underneath them

To be honest Nations like Japan are in desperate need of better high tier SAM's, while the russians are already one of the best AA supplied Nations ingame. Please revise the AA through all trees before adding new stuff like this, it's further going to tip the balance towards the great 3 Trees. (Russia,Germany,USA)

If you have any suggestion for vehicle used by Japanese Force, that can be added to the game, feel free to submit your suggestion on our forum, in Suggestion Section.

finally, no more shilka in my 9.7 lineup!

Totally not like Gaijin is designating the AA-gun 2S38 (premium 9.7) as a light tank... and the Shturm-S is a better Spaa than most other pre-10.3 SPAA