Developed as part of a private venture during the early 1960’s, the Saab Sk 60 was a versatile combat jet trainer aircraft currently employed by the Swedish and Austrian air forces. Soon, pilots in War Thunder will have the chance to take control of the nimble Saab Sk 60 upon its arrival at the higher ranks of the Swedish aviation tree in the upcoming update “New Power”!

In 1959, Saab began development of a new twin-engine jet aircraft, intended to serve a wide variety of different roles both in civilian and military use. This led to questions being raised regarding the powerplant choice for the new aircraft, causing delays in development. However, once the decision was made to develop the new aircraft solely for military purposes, the project substantially picked up in momentum.

By 1961, Saab’s efforts were endorsed by the Swedish Air Force, which sponsored the development of the aircraft, by then known as the Saab 105, and ordered the production of a prototype in trainer configuration for testing. The prototype took to the skies for its maiden flight in June 1963 and quickly demonstrated excellent handling characteristics. In 1964, the Swedish Air Force placed an initial order for 130 Saab 105’s, with that order being raised to 150 machines soon after. The machine received the designation Sk 60 in Swedish service.

During production, the Swedish Air Force drew conclusions from the experiences made by the U.S. forces during the Vietnam War and decided to convert the Saab 105 trainer into a light attack and reconnaissance aircraft. This undertaking proved to be successful, with 60 machines of the trainer version being converted for ground attack missions.

Apart from the Swedish Air Force, Austria also ordered a modified multirole version of the Saab 105 for its air force. Both air forces still employ the Saab 105 to the present day and around 190 units of the type were built in total. 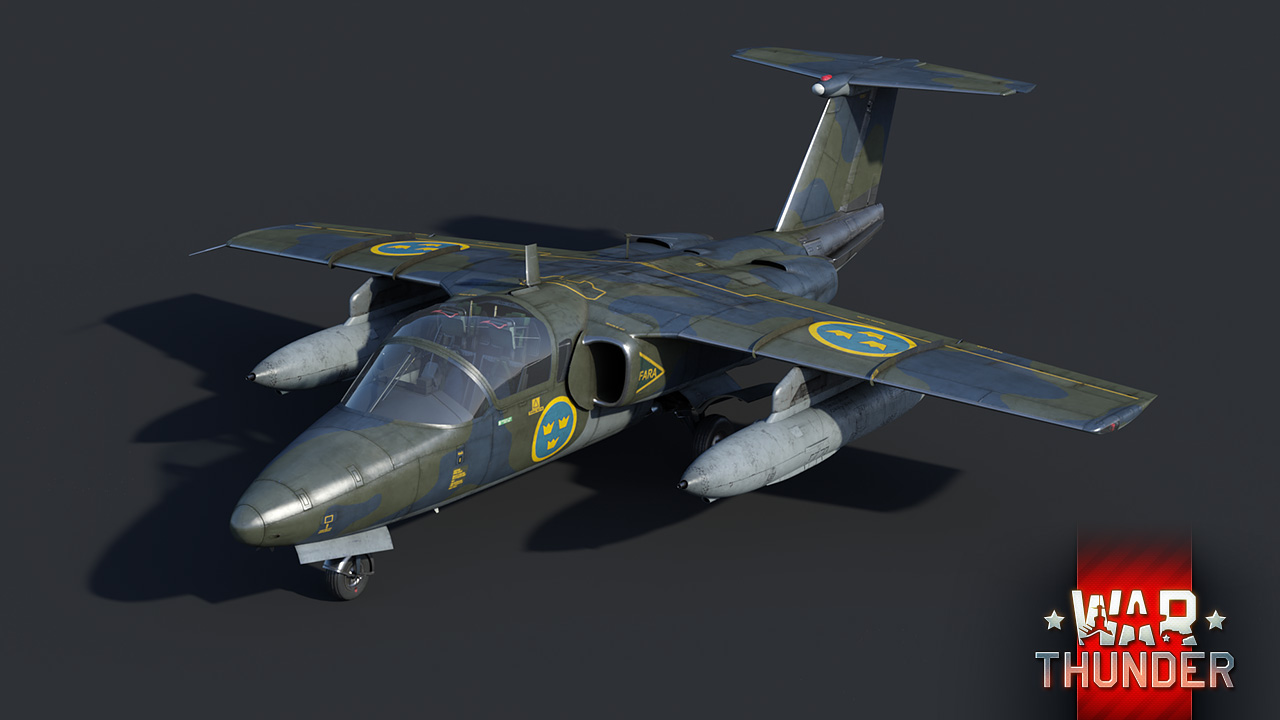 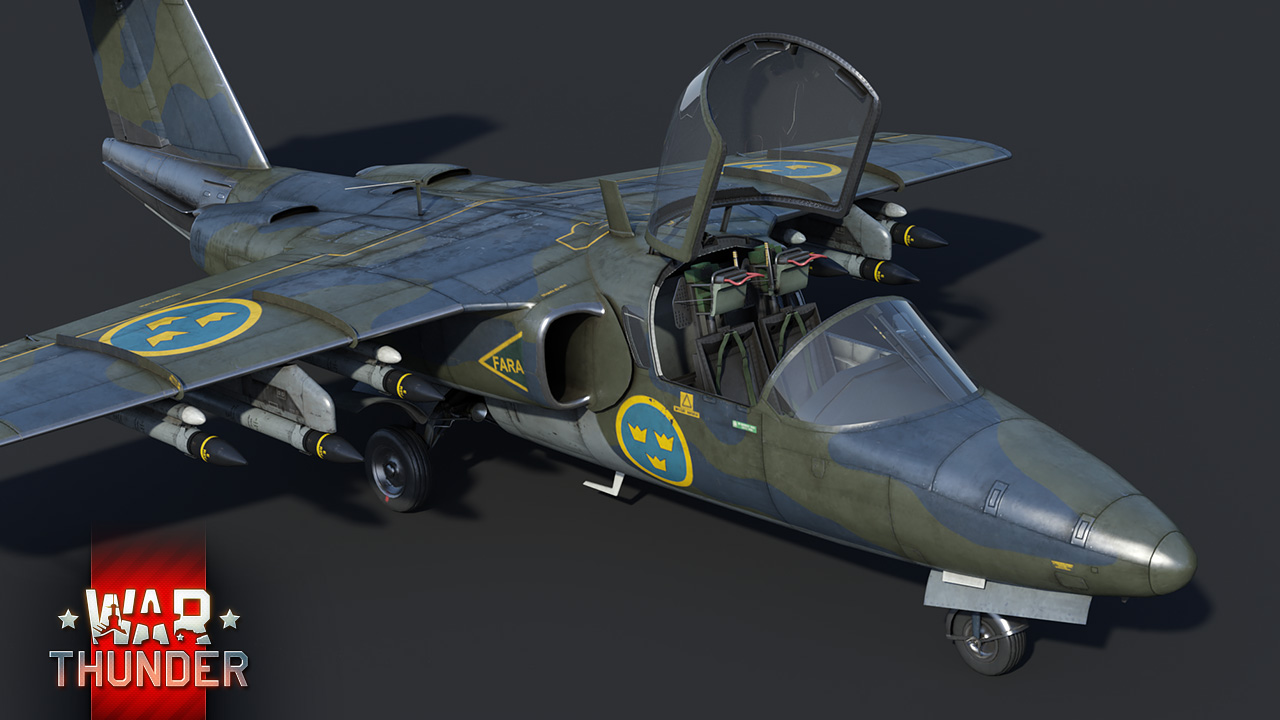 In War Thunder, the Sk 60B will be a new jet attacker coming to rank V of the Swedish aviation tree with the release of the upcoming major update “New Power”. With its arrival, Swedish pilots will gain access to a dedicated light ground attacker, ideally suited for supporting their allies on the ground in combined battles!

However, before we dive into the Sk 60B’s deadly weapons arsenal, let’s take a closer look at the aircraft itself. Being powered by two Svenska Flygmotor AB RM9 turbofan engines - a licence-built version of the Turbomeca Aubisque - the Sk 60B can reach a top speed of 765 km/h.

Although a fairly low top speed for a jet aircraft, it’s also worth pointing out that the Sk 60B has an incredibly low stall speed of just 170 km/h! This, combined with the aircraft’s overall good handling characteristics make it ideally suited to run precision air strikes against hostile ground targets, thus supporting its allies on the ground.

Speaking of supporting allies on the ground, aspiring pilots of the Sk 60B will have a number of different ordnance options with which they’ll be able to do so! First and foremost however, it’s worth noting that the Sk 60B doesn’t come with any integrated weapons on board. Instead, all of the aircrafts weapons are carried on ordnance pylons underneath the wings.

Possessing a total of six pylons under its wings, the Sk 60B can be loaded with a multitude of different ordnance options. These range from 30 mm cannon pods, rockets of various calibers and having a pair of guided air-to-surface missiles available.

Overall, the Sk 60B is the ideal aircraft for close air support missions. Being comparably small and nimble, but capable of carrying a deadly payload, the Sk 60B will prove itself as a highly potent strike aircraft in the hands of a skilled pilot and a more than welcome sight in the sky above allied forces on the ground!

The Sk 60B is coming soon to rank V of the Swedish aviation tree with the release of the upcoming major update “New Power” and will be available to all pilots for research. In the meantime, be sure to stay tuned to the news as we continue to reveal what other exciting new things the “New Power” update has in store for you. Until then, clear skies and happy hunting pilots!

Commenting is no longer available for this news
Rules
HEATSEEKR
0

What air-to-ground missile is that in the first picture?

Another jet attacker, good news!!! since we don't have bombers available, some kind of attackers should works fine too. Thanks Gaijin

I foresee this being placed at too high a BR.

Finally something to cool my Anger about even more T72's.

well when alpha jet for germany ?

Is this going to be placed after the last T18B?

It's not a bomber, and it did replace the Swedish Vampire so it's probably gonna be sat before the A32A

Yay it's not premium!!

Very nice~ Given this thing's top speed and role though, I can only assume things like Harriers, the A-10 and the Su-25 aren't too far away...yes? :3