HSTV-L: View of Tomorrow
8 May 2020 Development

The HSTV-L, standing for High Survivability Test Vehicle Lightweight, is an American experimental tank, developed and built in the late 1970’s for the purpose of testing new concepts in tank design. The futuristic-looking HSTV-L will soon make its way onto the battlefields of War Thunder, arriving in the game with the upcoming major update!

By the mid 1970’s, the US military initiated a series of studies which looked into the development of new concepts and designs for tanks which combined good firepower and survivability. The latter of which was to be achieved through a smaller size, rather than heavy armor protection.

As at the time, both the US Army and USMC were looking into possible replacements for their M551 Sheridan and M50 Ontos tanks respectively, the two military branches joined forces in a joint research programme dubbed “ARMVAL” (Advanced Antiarmor Vehicle Evaluation). The vehicles developed under this programme would be used as test beds for various new concepts and ideas in an effort to gain new experiences, which would in turn be used in the development of future tank designs.

One of the later products of this experimental programme was the HSTV-L - a compact, lightweight, highly mobile tank design, fitted with an autoloaded 75mm smoothbore cannon, designed to fire kinetic ammunition in short bursts in order to wear down and ultimately defeat composite armor screens. The HSTV-L was built in 1979 and underwent various trials until 1981.

At the start of the 1980’s, the 75mm gun was considered inadequate to deal with the most recent Soviet MBTs by the Army, while the USMC questioned the vehicle’s effectiveness in amphibious landing operations. This led to the ultimate discontinuation of the collaborative project in 1981. 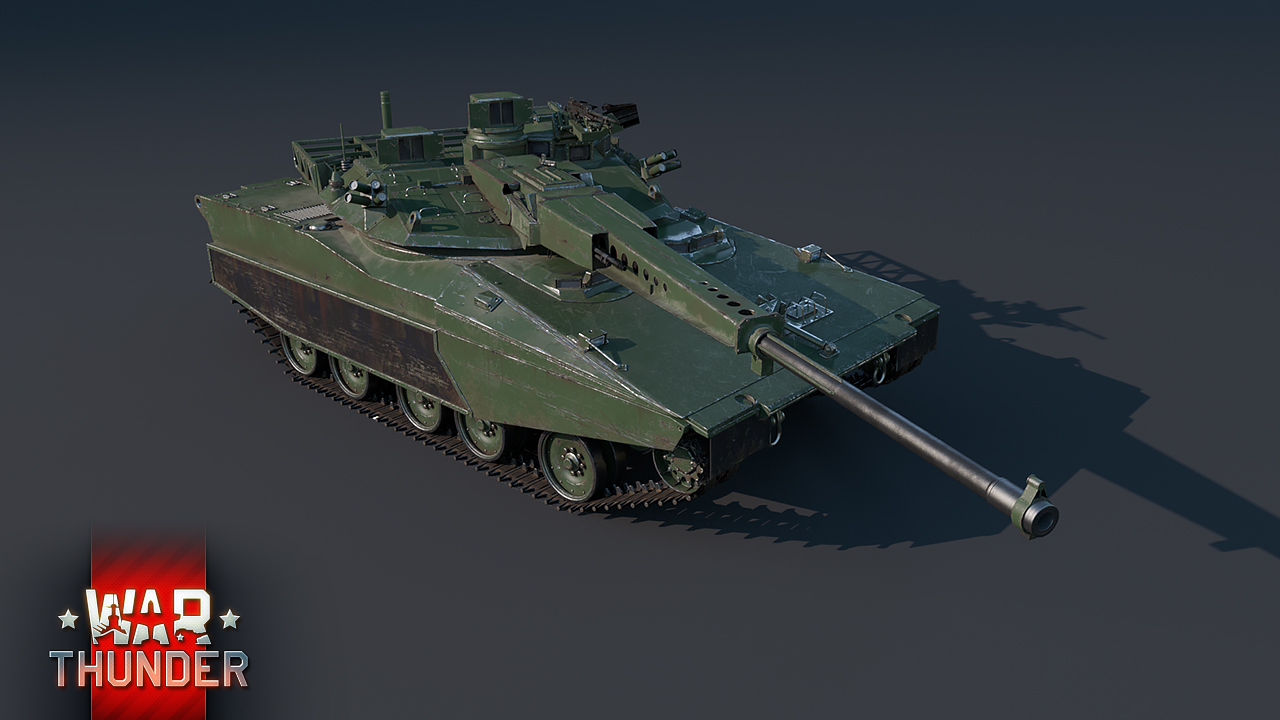 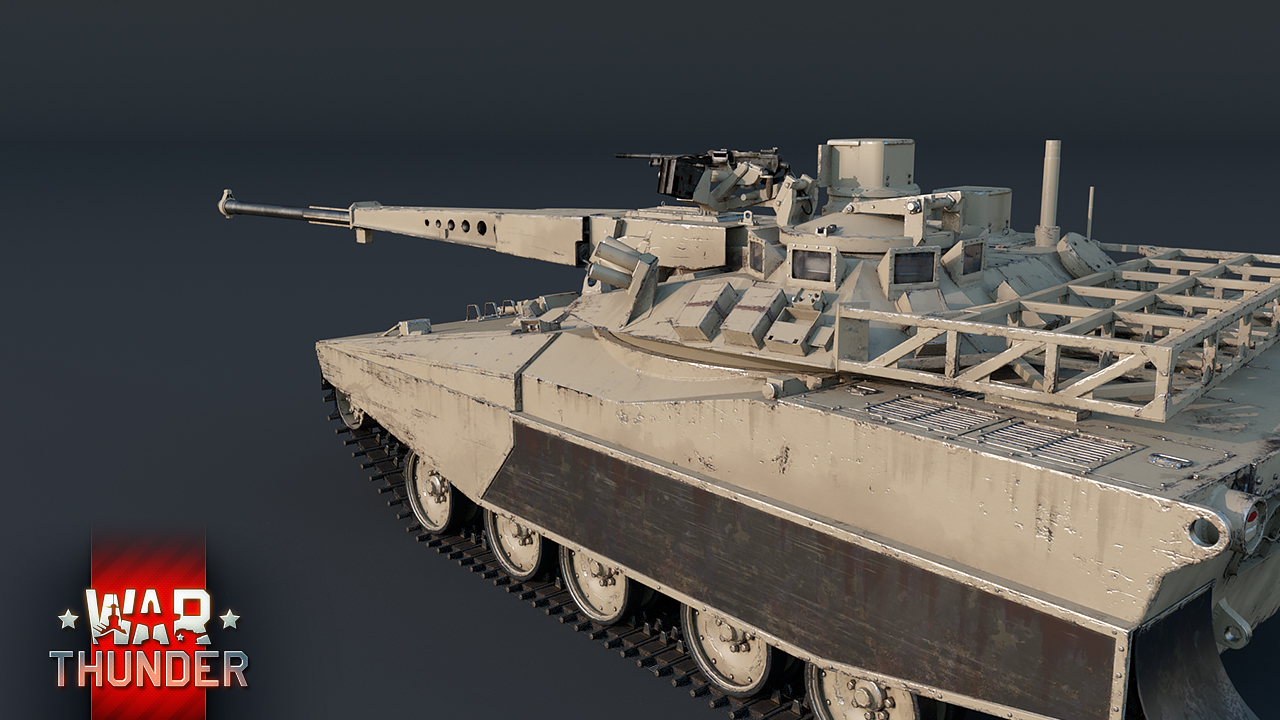 In War Thunder, the HSTV-L will be a new light tank coming to the American ground forces tree with the release of the upcoming update. Combining excellent mobility, a small profile and a powerful, fast firing medium caliber smoothbore cannon, the HSTV-L should, unlike its opposition, easily catch the attention of tankers who enjoy the excellent dynamics offered by light and mobile vehicles!

Due to its highly unusual and futuristic design, it seems only fitting that the HSTV-L comes equipped with an equally unusual and somewhat novel weapon system. Namely, the HSTV-L features a high velocity 75mm smoothbore cannon, supported by an autoloading mechanism. The cannon only fires a single type of ammunition - the XM885 APFSDS round.

Furthermore, the autoloading mechanism gives the HSTV-L a respectable fire rate of 11 rounds/min. In this engagement mode, tankers are bound to quickly expend the HSTV-L’s rather limited ammunition count of just 26 rounds.

In terms of protection, the HSTV-L features up to 51mm of aluminum armor plating, which when looking at the vehicle’s frontal section, offers a high degree of constructional sloping resulting in a good chance of ricocheting the occasional shot fired by the enemy. Nonetheless, the armor still remains highly situational in terms of its effectiveness and tankers will have more consistent results when utilizing the vehicle’s low profile and superb mobility to stay out of the enemy’s sights in the first place.

Having mentioned its mobility - the HSTV-L is powered by a 650 horsepower gas turbine engine, in turn allowing the vehicle to reach a maximum speed of around 52 mph (83.6 km/h) under ideal conditions. Furthermore, thanks to its rather low weight of just 20.4 tons, the HSTV-L possesses an excellent power to weight ratio of 31.8 hp/t, in turn allowing it to quickly accelerate up to its top speed as well as navigate difficult terrain with relative ease.

The HSTV-L is coming to War Thunder as a new high tier American light tank with the release of the upcoming update. In the meantime, stay sharp and keep a wary eye on the news for more information regarding the next major update coming to the game very soon. Until then, happy hunting tankers!

Commenting is no longer available for this news
Rules
Miragen
0

What might be the likelihood of the Japanese getting the OH-1 Ninja, or the Kisarazu's sisters skins? As well I think the Type 87 and AAV7A1 RAM/RS have a place to expand the lineup and alleviate the poor options Japan has. Not gonna include the Type 10 in my wishlist just yet. Thanks for the great (although aggravating as well) game team!

This is a pleasant surprise. I was honestly thought I would hear about the US stingray, or Stryker before this. Anyways, this seems to work for my playstyle, I cant wait.

Ah yes, now we wait for the Stingray Light Tank to be added in after this that uses the Abrams ammo, more lights ftw! :D