The VFW was an experimental German heavy SPAAG, developed and tested in the later stages of WW2. Although the project was eventually abandoned, War Thunder players will have the chance to obtain this unforgiving tier III German heavy-hitter as part of the upcoming ”Battlefield Engineer” event!

The VFW was the first of several projects of the Krupp company to mount a heavy anti-air gun on a mobile armored chassis. This initially developed version, which mounts the 8.8cm FlaK 41 cannon onto a heavily modified Panzer IV chassis, was created in 1944.

Initial tests of the vehicle were performed throughout 1944. However, apart from tests producing mixed results, it was lacking interest that eventually led to the project’s ultimate cancellation later that year. As a result, the VFW never left prototype stage and only a single experimental vehicle was ever produced. 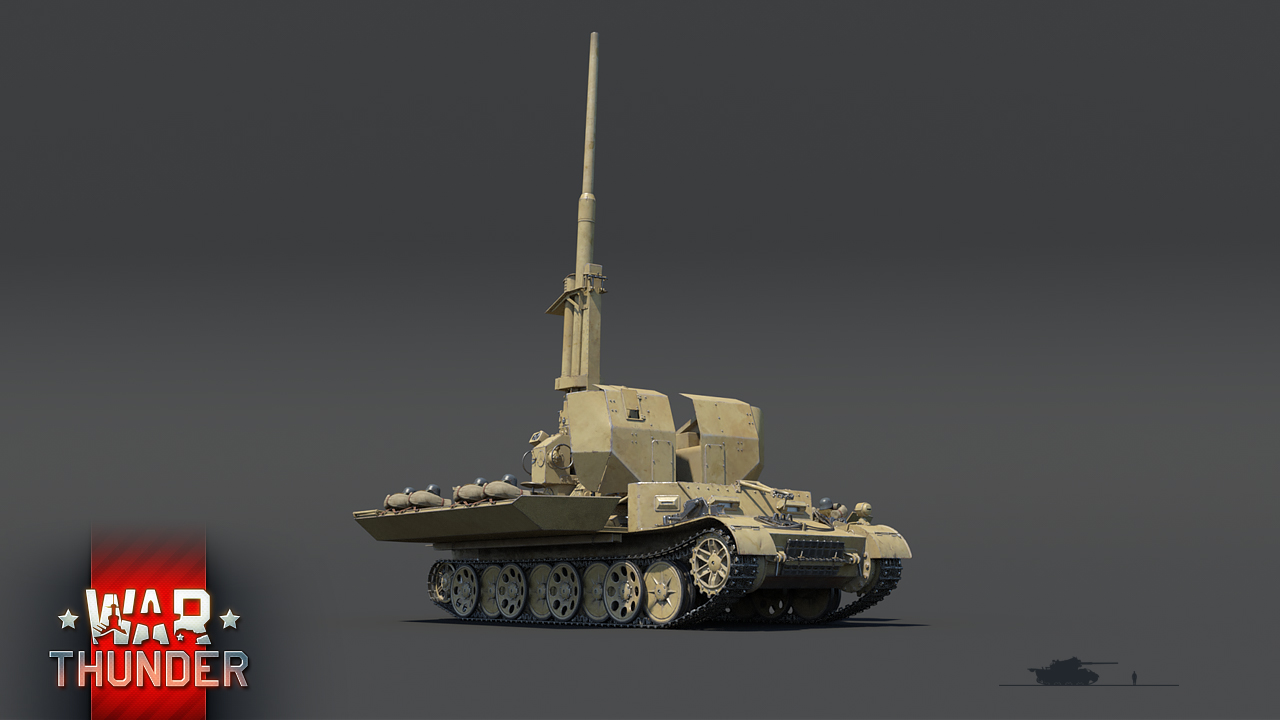 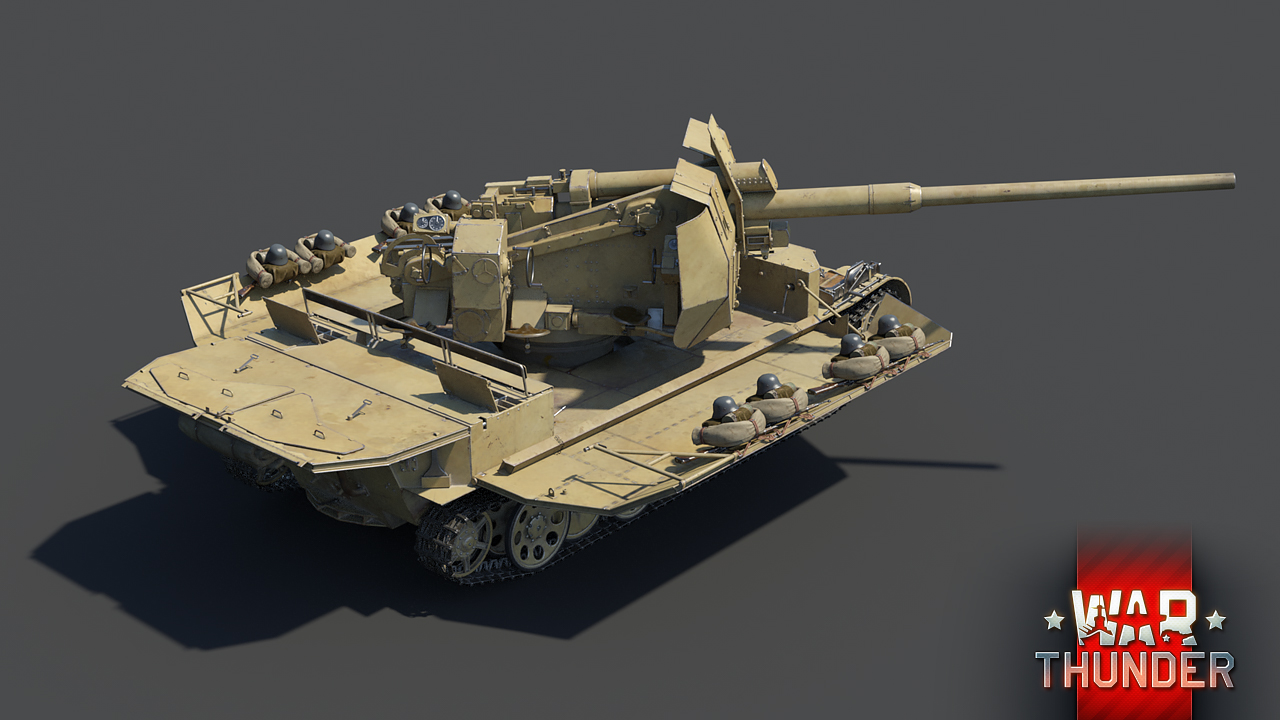 Although the VFW was by design a heavy anti-air vehicle, in game, it’s more likely to fill the role of a lightly protected, but mobile tank destroyer of rank III with premium status.

You can raise the armoured boards by choosing the appropriate modification in the hangar - this will increase the crew protection but will deprive the vehicle of the ability to conduct circular fire. 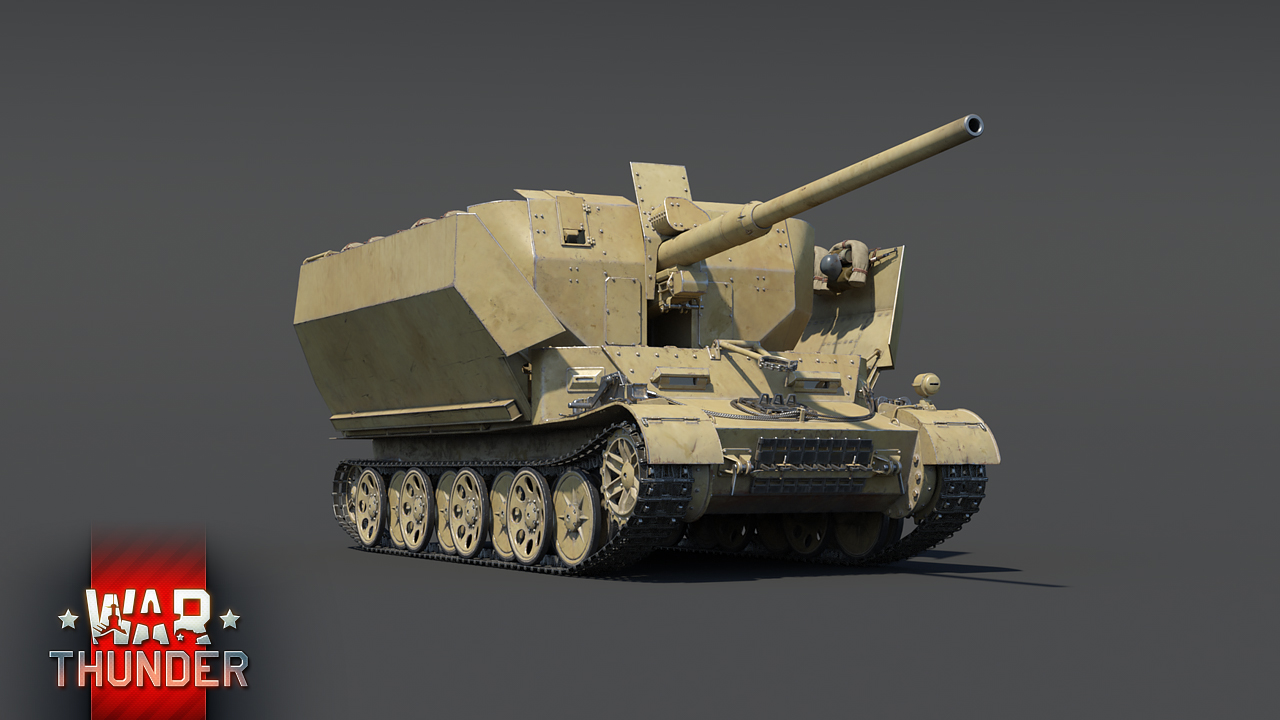 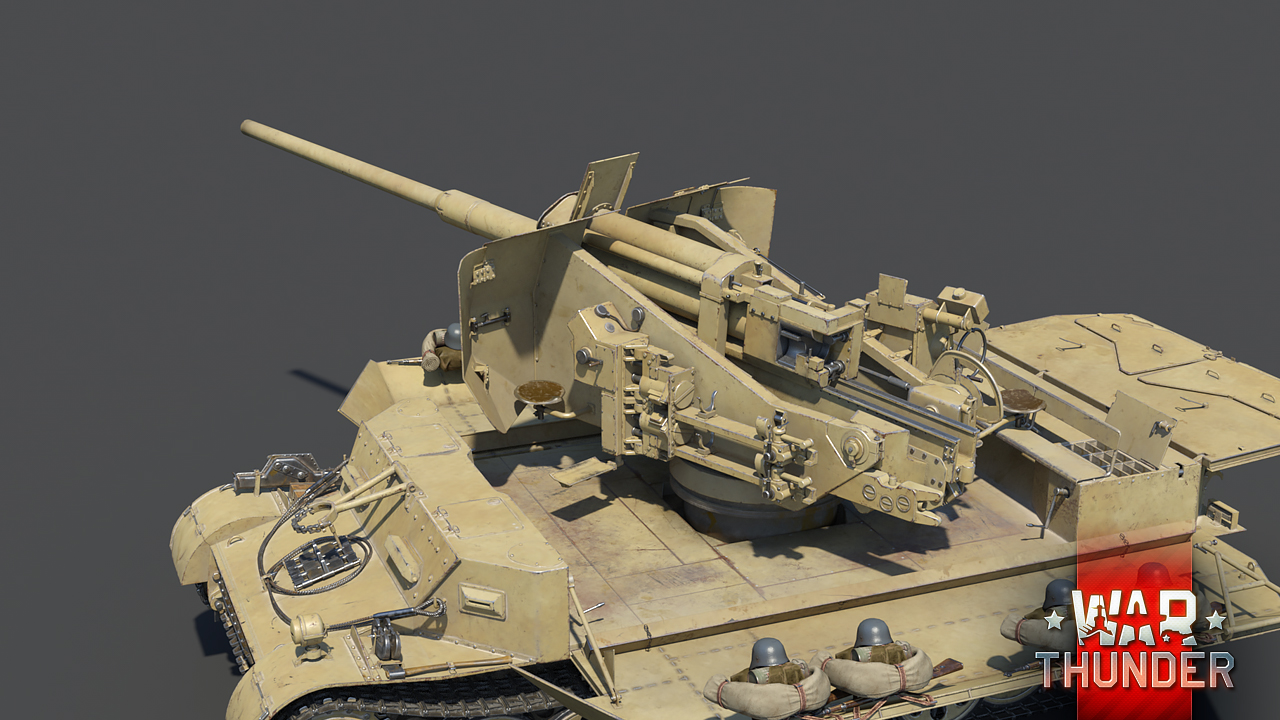 Fitted with the powerful 8.8cm FlaK 41 cannon and its respective potent ammunition selection, the VFW can comfortably knock out any opposing ground vehicle that it can meet in random battles. The major trade-off here is protection however. The VFW is by all means a so called “glass cannon”, meaning it’s hardly able to sustain damage whatsoever. This is unsurprising when considering that most of its crew is  highly vulnerable to incoming fire and shrapnel, due to being situated within the exposed open fighting compartment on top of the hull.

Nonetheless, the VFW will remain a highly effective tank buster, thanks to its excellent 88mm cannon and should by no means be underestimated by its opponents for simply lacking armor. Those that do will unlikely live to convince others of doing the same. Look no further than this premium beauty if precision long-range shooting is your cup of tea!

Commenting is no longer available for this news
Rules
CptShadows
61

You can't raise and lower the shields in a match? Damn.. that would be great if you could add a little animation that takes like 15-30 seconds, so it's not either of them. In any way, it's great to see a choice like this, adds a lot of flexibility and personality to tanks :D Hoping to see more of it in the future!

Yes. Choosing in the hangar is not really useable. Because thats exactly before you know what kind of terrain/battle you are going to fight on/in. This is half-cooked at best (in teh best tradition I might add). Not useful, not handy. It exists just for the sake of existing.

Jahrain, It would be convenient if placed in the spawn menu, similar to selecting secondary weapons, instead of modifications as for selecting primaries.

Did you even read the dev blog? They might have added it not long ago

excuse me but if we can put down our radar, why can't we put the armour up and down in battle?

Yep same animation coding. should be no problem. Good thinking.

one of the BMPs raises its water cover up when in water and the bradly can raise/lower its ATGM launcher, so there should be no problem making this possible

Pizzacorgie28, tanks can move their gun barrel and turret

will it have timed fuze? just as the flackbus should have

The timed fuse on the Soviet flak is trash. lets be honest here. But yeah, timed fuse please ;) ;)

choruseye, It wouldn't be so bad if they allowed us to manually set it the same as the sight elevation.

Not really intuitive, but you can inspect rare tanks (IS-7, E-100, etc.) if you go to the marketplace

Will other vehicles like the Sd.Kfz 140/1 have similar abilities now? for raising the top cover...

Toaster squad where U at!?

HMS_Vladamir, I personally enjoyed this tank as well, to some extent. Driving toaster.

Can you add the same modification to the Japanese Type 61 SPRG? It had also the option to lower or raise its turret.

No because that would take a few extra minutes out of scheming how to make money.

You can raise the armoured boards by choosing the appropriate modification in the hangar - this will increase the crew protection but will deprive the vehicle of the ability to conduct circular fire. Does this mean this feature may be added to the flakpanzers???

Wish they would add a function so we can do that in game. Instead of only in hangar.

Wolf_89, the problem is that it changes the fire-constraints. Which may be a hard thing to get to work right. doing it porly might result in bugs where you can turn the gun 360 degrees even with the shields up

Can we unfold the sides when we want to?

:D It helps if i read the devblog first :D

''You can raise the armoured boards by choosing the appropriate modification in the hangar - this will increase the crew protection but will deprive the vehicle of the ability to conduct circular fire.'' pls read thank

Hunting_Fox, Would rather see them adding a function for us to change that in game. And not in the Hangar :/

No armor? You mean best armor?