Development of the AGM-12 Bullpup began in the early 1950s, after the Korean War sparked a demand for more precise, guided, weapon systems that could hit targets which were usually more difficult to hit with conventional ordnance. Apart from that, the new weapon system ought to increase the safety of ground attack aircraft and their crews by keeping them further away from returning ground fire.

A competition was ran by the U.S. Navy and the Martin company was awarded a contract in 1954. Work on the new missile, designated ASM-N-7, began and after several years of development and testing, the new weapon system entered service with the Navy in April 1959.

The design of the American first air-to-ground missile was fairly simple - a 250lb (113 kg) warhead derived from an aerial bomb, mounted on a rocket-propelled, roll-stabilized body. The entire missile was manually guided via radio signal to its target, using direct vision. To aid with aiming, two bright flares would ignite on the missile’s rear end upon launch. These would make it easier for the operator to keep track of the missile in flight as it would be more visible.

The Bullpup was first employed in combat during the Vietnam War, although only seeing limited success. This was due to the fact that in order to ensure the highest probability of a successful hit, the aircraft that launched the missile had to fly the same course as the missile until impact. This of course, exposed the aircraft  to anti-air fire and severely limited the pilot/operator’s situational awareness in the case of single-seat aircraft.

Nonetheless, the Bullpup was still mass-produced for both the U.S. Navy and Army, resulting in around 30,000 units made across all of the weapon’s variants. Although the missile was starting to be replaced in the ‘70s by more advanced systems, it wasn’t until the ‘80s when the Bullpup was finally retired from active service.

In War Thunder, the AGM-12B Bullpup will be available to all players who took part in the Good Old S.U.M.M.E.R event marathon as a special ordnance option for one of the event vehicles - the FJ-4B Fury! Similarly to the Fritz-X already familiar to some players, the AGM-12B is a guided weapon system that can be controlled in the same manner as the German counterpart. 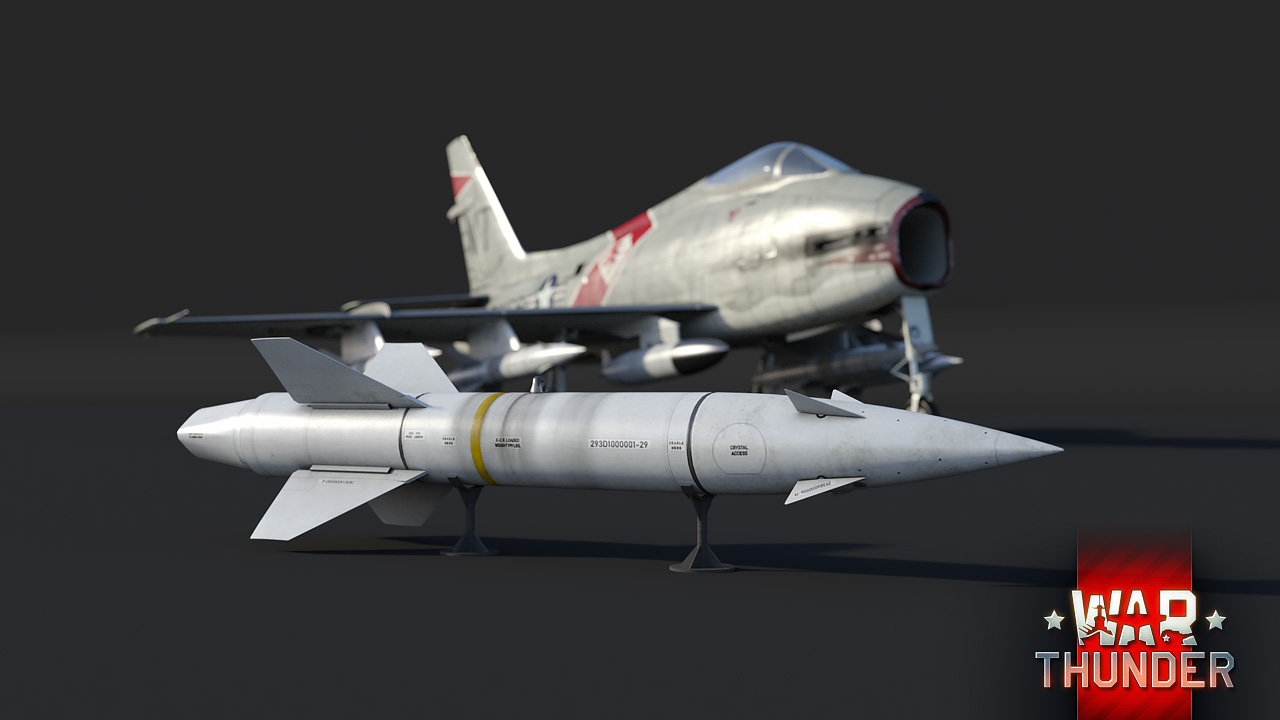 The Bullpup however, unlike the Fritz-X, is powered by a rocket motor. This allows the missile to be more accurately aimed at its target initially, before the engine runs out of fuel. This in combination with the already high launch speed of the Bullpup, gives the missile a higher range, so long as the pilot is able to guide it accurately.

However, just like real pilots, War Thunder players too will be faced with the challenge of aiming the missile at the same time as piloting their aircraft. A direct hit is usually what it’ll take to knock out a tank as the warhead of the Bullpup isn’t large enough to cause severe blast damage in a wide radius. Keeping that in mind, pilots will have to make sure to guide their Bullpup as accurately as possible to the target, whilst staying aware of their surroundings to avoid getting picked off by hostile pilots or anti-air.

This will no doubt not only be a great challenge for many War Thunder pilots, but also an interesting reward for all those who completed the challenges in the ongoing event marathon. Eager to join in on the fun? Then be sure to also take part in the Good Old S.U.M.M.E.R event and ensure yourself access to the Bullpup as well as many other prizes!

Commenting is no longer available for this news
Rules
HeavenAndClouds
25

Will we see any devblog on the Martlet? I'm just wondering if it was purposeful or accidental to leave out its bomb ordnance

Let those Gepards know that their time is over. I will fly to keep you all safe from the Gepard terror.

scorplion, I have a feeling if it doesn't have it then it will be nearly useless, you'll still have to fly straight at a target to kill it meaning spaa will still have a field day!

This is gonna be a really interesting weapon. However I can already see it being abused.

Will the FJ4B in the tech tree get this aswell?

Do you have the option to carry the bombload of the tech tree version instead of the rockets?

Yes, they said it earlier.

Will ist geht only that rockets or ist ist Like the techtree one?

It will get all the normal loads.

Please make this way too many spawnpoints in Ground RB

Or you could just get good with the already stupidly op "radar guided" spaa.

Pytor_, it's not OP if you know how to avoid radar AA

Well i can somewhat feel Surface to Air Missiles coming.