In short: a top British SPAA on the Chieftain chassis with 35-mm autocannons. Very effective against aircraft and the AP-belts provide a counter to armoured vehicles.

With the development of more effective modern weapon systems, deployed from aircraft capable of flying at very high speeds and low altitudes, mobile ground troops were more susceptible to air attack than ever. The British Marconi Electronic Systems company came to the same conclusion during the early 1980s and began independently developing the Marksman project after realizing how little work was being done in the field of modern SPAA development. The concept of the Marksman project wasn’t the development of an entirely new vehicle, but rather of a modern anti-air platform that could be fitted to a wide range of suitable military vehicles, even non-British ones. Naturally, the platform had to be capable of dealing with the most modern threats, such as high-speed attack aircraft and helicopters. In order to achieve this, Marconi engineers gave the Marksman a highly advanced radar detection and targeting system and paired it up with twin 35mm Oerlikon KDA cannons in a similar fashion as found on the German Flakpanzer Gepard.

The testing of the first construction prototype was done on the chassis of the Chinese Type 59 tank. This decision was primarily made in an effort to optimize the platform for use on similar Chinese machines in order to attract potential customers using Chinese vehicles. In 1984, further tests were conducted, only this time around, using chassis of British vehicles such as the Centurion, Chieftain and Challenger 1. However, in order to further increase the number of vehicles that could potentially fit the Marksman platform, Marconi developed several adapters that allowed the platform to be fitted on hulls with a turret ring diameter smaller or in excess of 1840mm. However, as even newer, more capable aircraft weapon systems were developed during the ‘80s which could easily destroy such SPAAs, the Marksman system became more or less obsolete before it was even deployed. Due to this, the primary expected customer - the British Armed Forces - didn’t show any interest in adopting a conventional SPAA system, such as the Marksman. Only a limited number of Marksman systems was employed by the Finnish army on their ItPsv 90 SPAAs, which were retired from active service in 2010 and replaced with Leopard 2 Marksman conversions which are still in service today. 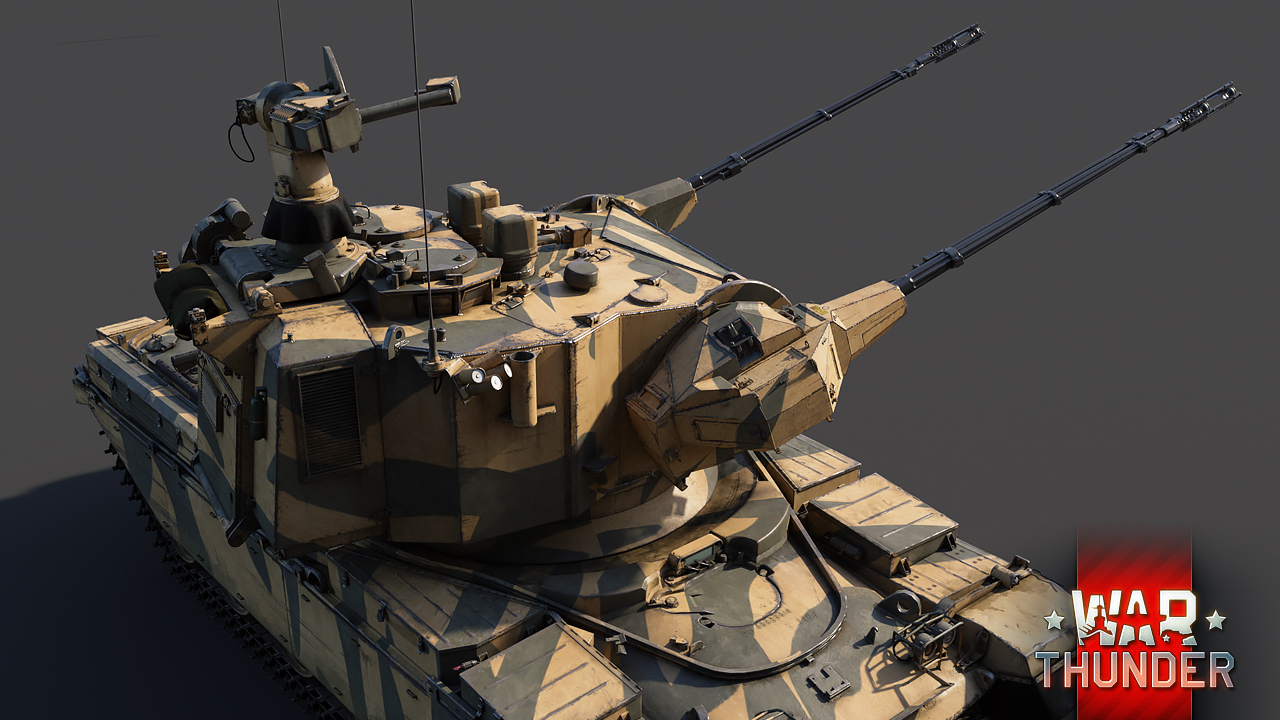 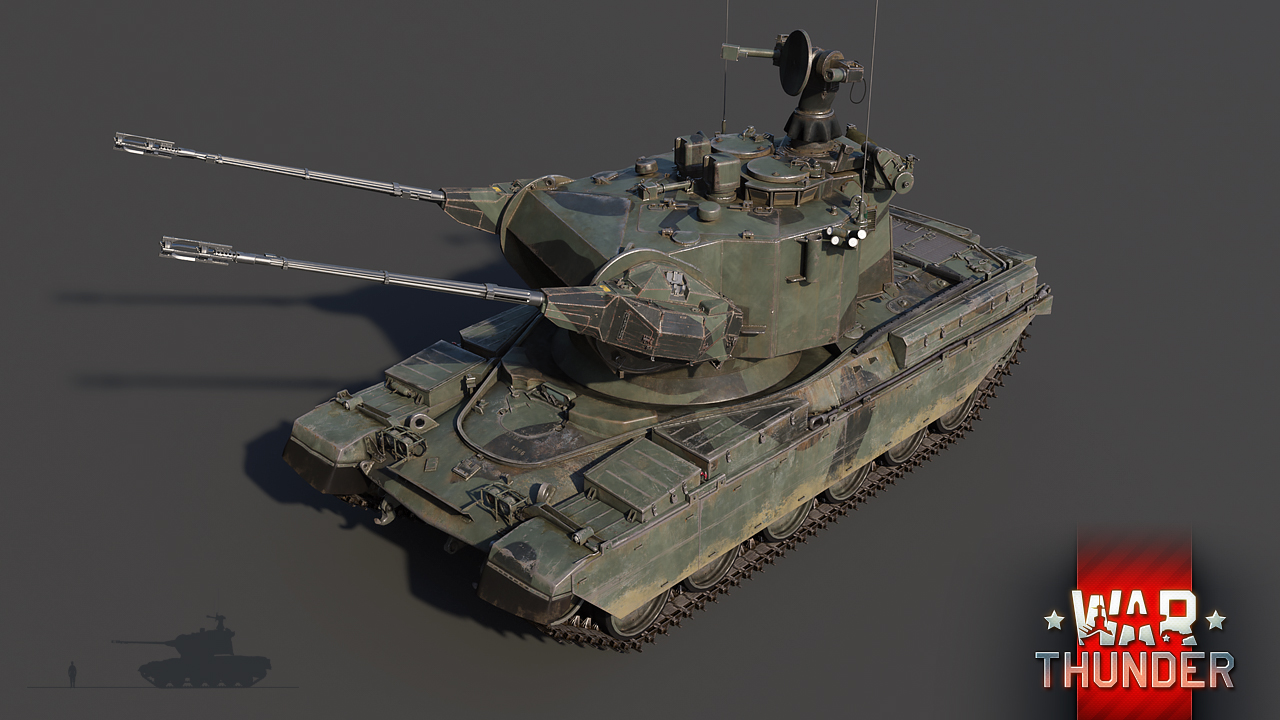 Interesting fact: the “ribbed” barrel profile of the Oerlikon cannons provides faster air cooling. The greater the overheating area, the faster it cools! 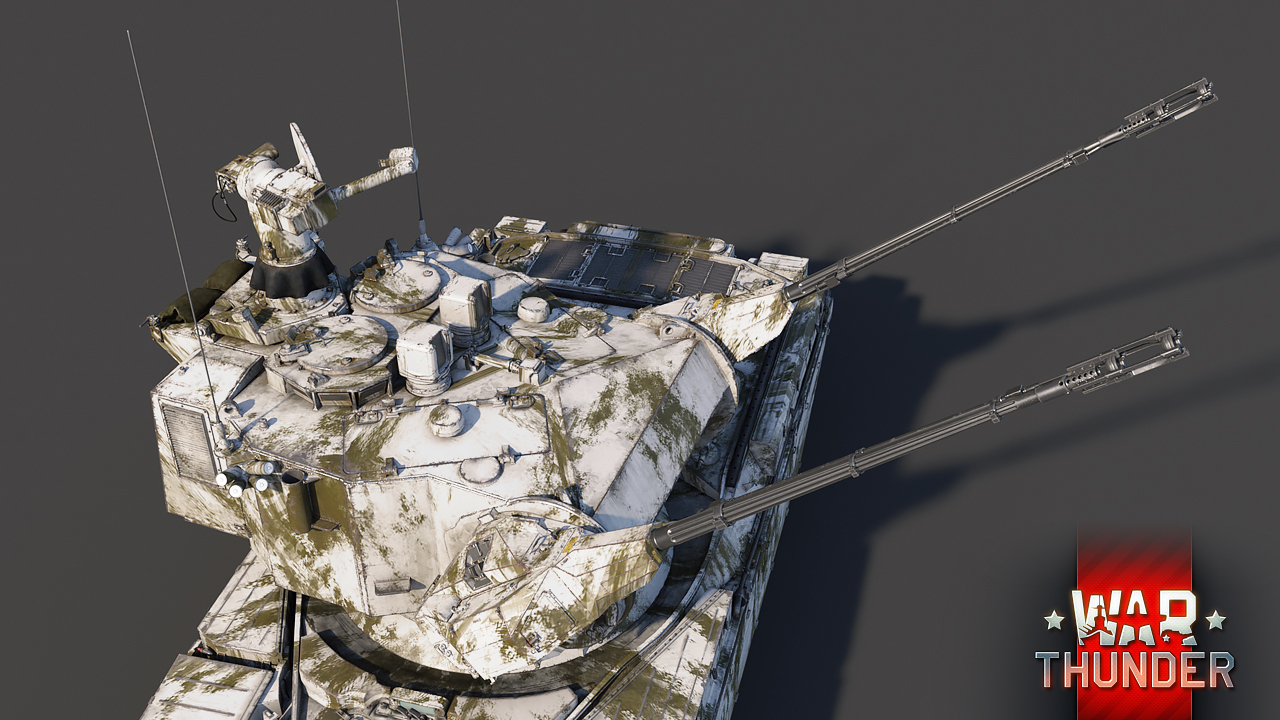 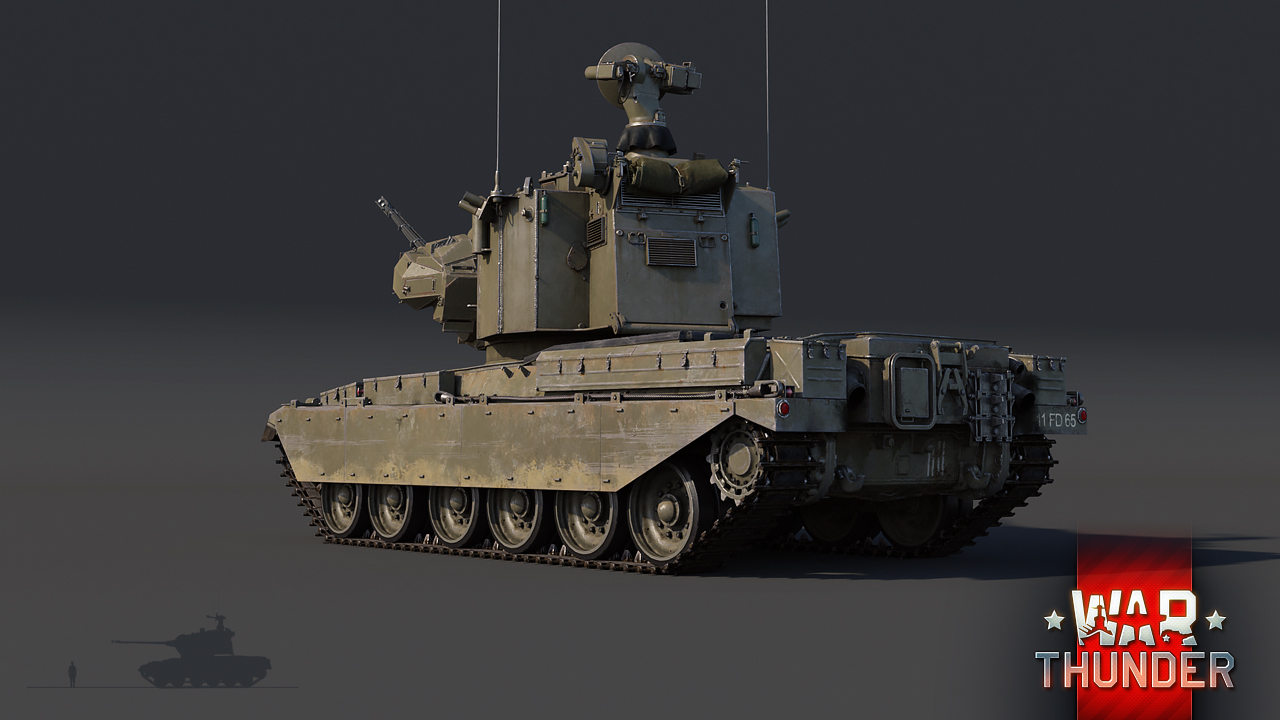 The first and most apparent difference are the cannons. Unlike the Falcon’s 30mm Hispano-Suiza cannons, the Chieftain Marksman features a pair of familiar Swiss Oerlikon 35mm KDA cannons, as found on the German Gepard and Japanese Type 87. Although these cannons have a slightly lower rate of fire than the HS cannons, they make up for it in having a longer range and more potent shells at their disposal. However, the true game-changer between these two SPAAs is the presence of a radar targeting system on the Chieftain Marksman. This allows Marksman drivers to detect enemy aircraft and track their flight trajectory throughout the engagement period. Whereas shooting down enemy aircraft once proved to be a real chore from time to time, thanks to the radar targeting system on the Chieftain Marksman the job of dealing with fast aerial threats at the higher ranks has now been made easier than ever!

Be sure to give the Chieftain Marksman a go in the upcoming update 1.79 for War Thunder. In the meantime, stay tuned to the news for the latest developments on War Thunder’s next major update. Until then, tankers!

Commenting is no longer available for this news
Rules
Validuz
0