In short: a perfectly protected premium rank V armoured vehicle based on the Centurion Mk 5 with a steel scoop and a powerful cannon, with each shot roughly 5 (five!) times more powerful than standard HESH shells.

The Centurion AVRE is an engineering vehicle based on a tank, equipped with a bulldozer scoop, reactive armour and a special cannon designed to destroy buildings and fortifications – with almost 16 kilograms of explosives in every shot!

In our game, the Centurion AVRE will be one of the first rank V premium tanks in War Thunder update 1.79. The vehicle is already available to preorder as part of a pack. This tank is very unusual not only for the British tree, but for top ranks in general.

In the 1960s, the British army felt the need for a modern multi-functional engineering vehicle. They chose the Centurion Mk 5 main battle tank base to replace the outdated engineering tank, which used a Churchill chassis. Since the engineering vehicle’s tasks were rather specific, the Centurion chassis was given special equipment: the tank received a bulldozer scoop, a device was mounted above the scoop for laying fascines, the altered rear armour plate was equipped with a tow hitch, and a seat was installed next to the driver’s seat for a new, fifth crew member – a navigator. The engineering vehicle, which was called the Centurion AVRE (abbreviated from Armoured Vehicle Royal Engineers) was designed to carry a special engineering gun capable of destroying fortifications, pillboxes and other fortified defensive positions. That gun was the short-barreled L9, a 165 mm caliber cannon with low recoil. The vehicle received an ammunition complement of 53 shots with high-explosive squash head (HESH) shells with huge destructive force – each charge contained almost 16 kilograms of explosives. The Centurion AVRE became the standard engineering vehicle for the British Army and participated in several armed conflicts, including the 1991 Gulf War. In the 80’s, Centurion AVRE’s were modernized, receiving additional armour including ROMOR reactive armour - this modification was used in operation “Desert Storm”. The vehicle was retired in 1993. 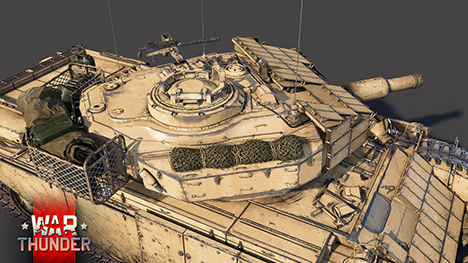 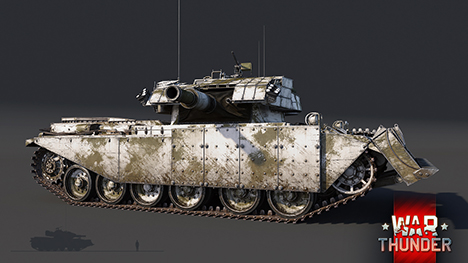 In terms of its mobility characteristics, the Centurion AVRE is somewhat inferior to other top-range tanks – the tank’s increased weight really shows. The tank’s armour outclasses that of other senior Centurions: firstly, it has fully fledged reactive armour, and secondly, the front of the hull is additionally protected by add-on steel armour plates. In addition, the steel bulldozer scoop can protect against HE shells in some cases, fulfilling the role of a kind of spaced armour plating. The tank’s survivability on the battlefield is noticeably improved also thanks to the addition of a fifth crew member and the relocation of the ammunition complement to the front of the hull. 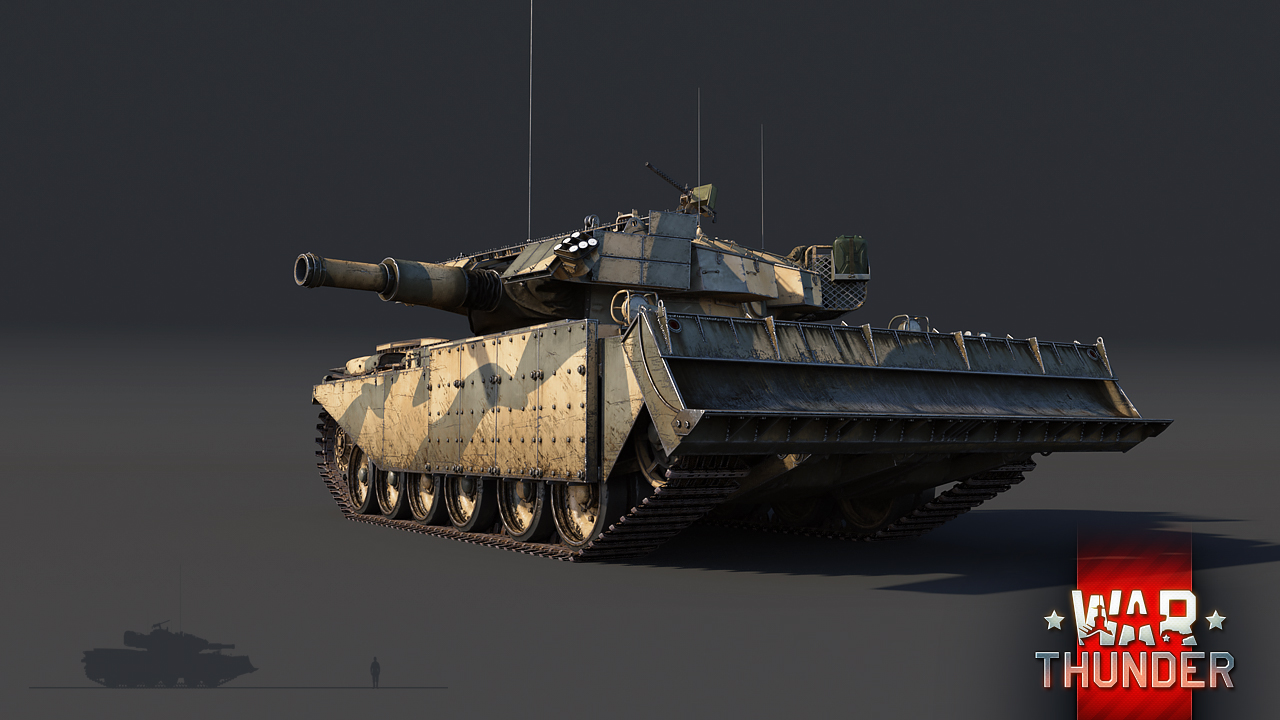 The tank’s main feature is its cannon. The Centurion AVRE’s 165 mm cannon will bring back happy memories of fighting in high-calibre low-rank SPGs, when the opponent literally breaks in half from a successful hit from your gun. 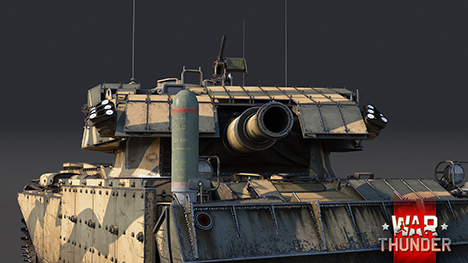 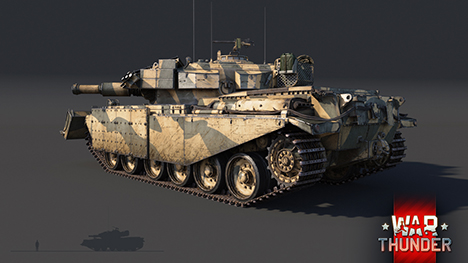 The explosive mass in the engineering Centurion’s HESH shells is 15.7 kgs, which is 5 times more than in the 120 mm HESH shells of other tanks. While other tanks at higher ranks have superior defense against hits from ATGMs and HE shells, a good old demolition bomb can do a lot of damage. A hit with armour penetration is fatal for any target on the battlefield. A hit without penetration can deal critical damage to the enemy tank’s tracks, engine or gun. With a little finesse, the low velocity of the shell will allow you to even fire from behind low cover or terrain. This is an entirely new and unusual take on tank battles in the higher ranks!