News
back to news
Attention! This news was published on the old version of the website. There may be some problems with news display in specific browser versions.
Development
24 June 2017

Introduced in the early 1940s and serving well after WW2 with other nations, few ships ever managed to gain such an iconic status during their operational service as the US Fletcher class destroyer. Instantly recognizable to most fans of military history, this naval legend is ready to be deployed in one of the upcoming naval testing sessions to once more change the tide of battle.

The Fletcher class destroyer is one of the most famous and most produced warships developed and built for the US navy in WW2. Her story begins in 1939 when work on a new generation of US destroyers began as a result of unsatisfactory performance of the current generation of destroyers. Knowing their destroyers wouldn’t have the range or adequate firepower to fight a possible war in the Pacific against the Japanese, the US navy issued specific requirements for new designs that intended to increase the operational range, speed and firepower of the next generation of destroyers. Knowing that the limitations imposed by the naval treaties of the day would severely hinder the development of future destroyer projects, the US opted to ignore the various restrictions in favor of continuing development on their new state-of-the-art destroyer. Eventually, after several years of development, the first Fletcher class destroyers would leave their drydocks in 1941 to be commissioned for duty in the following year.

Keeping in mind that the Fletcher class destroyer would primarily serve in the Pacific theatre where the sea wasn’t as rough as in the Atlantic, designers optimized the shape and layout of the ship for the much calmer waters of the Pacific by employing a so called “flush deck” construction as opposed to the traditional “forecastle” construction design used on previous generations of destroyers. This not only made the Fletcher a very sturdy ship, but also one that allowed for fast and easy retrofitting of modifications to the weapon systems. This quality proved invaluable in the later stages of the war in the Pacific when Japanese suicide tactics, such as kamikaze attacks, became more and more frequent, allowing Fletcher class destroyers to quickly be modified to carry not just more, but also heavier anti-air weapons, such as the highly effective 40mm Bofors cannon. Being so flexible meant that the Fletcher was able to perform literally any and all tasks that were fit for a destroyer, and perform them well.

By forming the backbone of the US navy in WW2, it should come to no surprise that the Fletcher class destroyers took part in nearly all combat operations across the Pacific ocean, from Midway to Okinawa. The excellent performance was mirrored by the fact that US dockyards produced a total of 175 Fletcher class destroyers between 1942 - 1945, out of which 25 were lost in combat. After the war, the Fletcher continued on to serve for many years to come in navies from across the globe, with the last Fletcher, in service with Mexico’s navy, retiring in 2001.

Though outmatching Fletcher’s real life performance will be nigh impossible, future commanders of this ship in War Thunder will have all tools at their disposal to give the real thing a good run for its money. Sporting a fearsome array of offensive armaments, ranging from five 127mm cannons mounted in single turrets to ten 533mm torpedo tubes spread across two launchers located mid-ships, the Fletcher is able to confidently take on any foe in battle only to send it to the bottom of the ocean shortly after. And while the player is busy engaging the enemy ships with the main cannons or torpedoes, the AI gunners will make devastating use of the vast array of AA mounts spread out evenly across the ship’s deck, not letting any warbird get too close for comfort. The AA armament of the Fletcher consists of a number of 20mm Oerlikon and 40mm Bofors cannons, two highly effective and renowned WW2 AA weapons. However, should the tide of battle change against our Fletcher commanders, making retreat the only viable option, do not despair. Two steam turbines powered by four boiler rooms, capable of generating 60,000 hp, allow the Fletcher to reach speeds of 36 knots (68 km/h). This combined with the sleek shape of the hull, gives commanders of the Fletcher excellent agility, thus allowing for quick escapes from perilous situations.

The Fletcher is a true jack of all trades and will likely find many fans among our players. She gives the captain absolute freedom in terms of choosing the right tactic for the task at hand. Regardless of whether her commander prefers an aggressive approach, spearheading the attack, or a more defensive one, choosing to support his allies in small fleet operations instead, the choice is truly yours when commanding the Fletcher. However, don’t forget that victory can only be achieved through good team play and coordination. While the Fletcher might be a good ship, she can’t single-handedly bring an easy victory to the team. Stay close to your teammates and observe their actions as getting cut off from them might result in an unplanned deep sea exploration of the nearest coral reef, followed by a potentially costly repair bill.

The Fletcher class destroyer will be available for players to try out in one of the upcoming naval testing sessions. Keep your spyglass focused on the news to find out more about the development of naval forces and announcements regarding the test sessions! 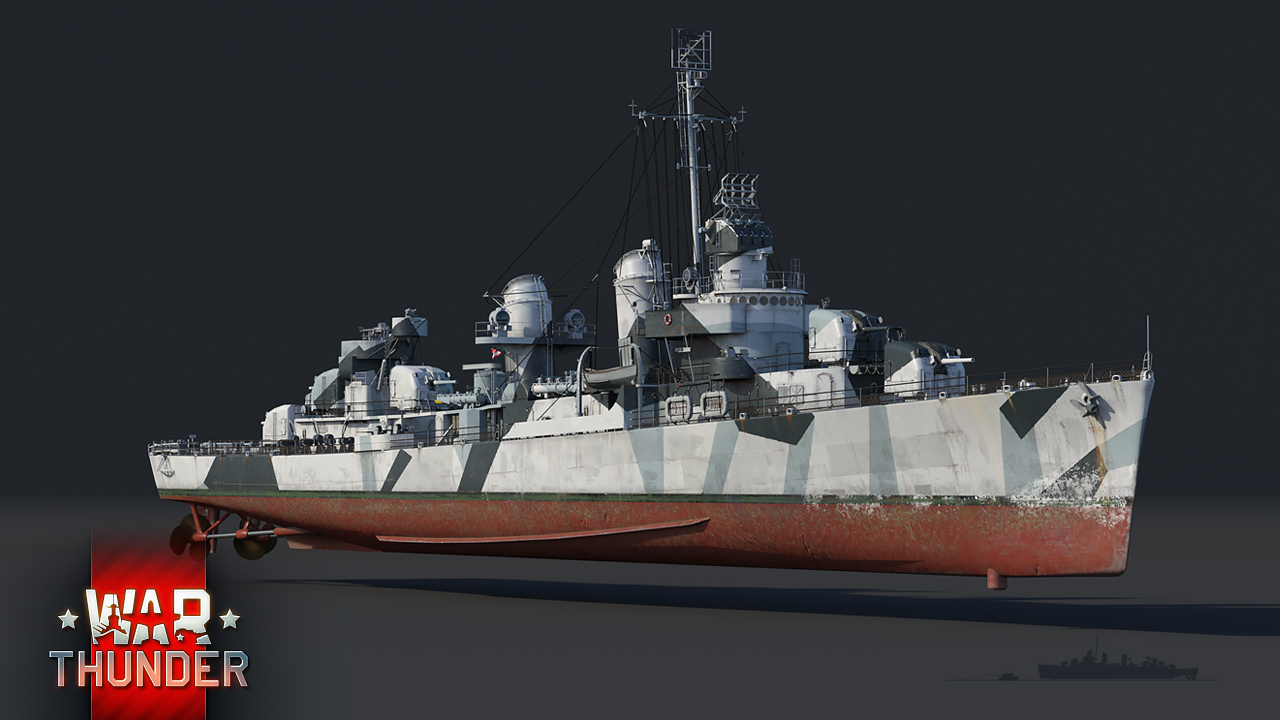 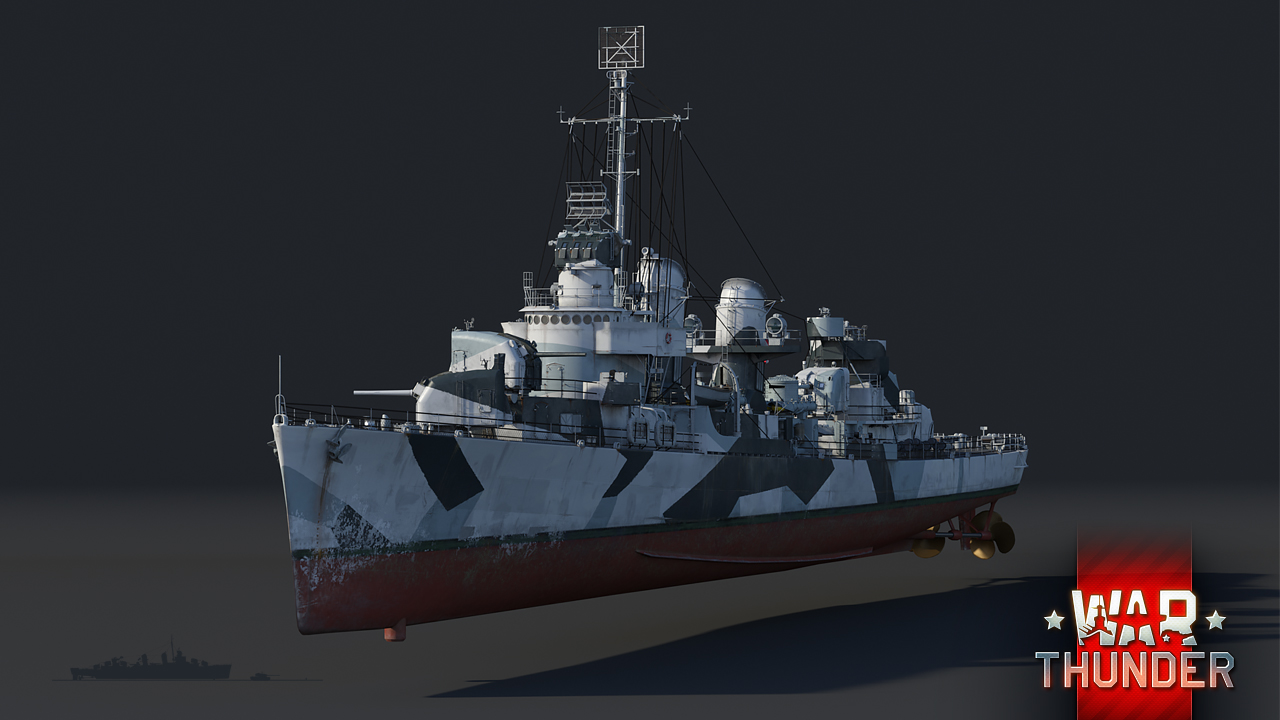 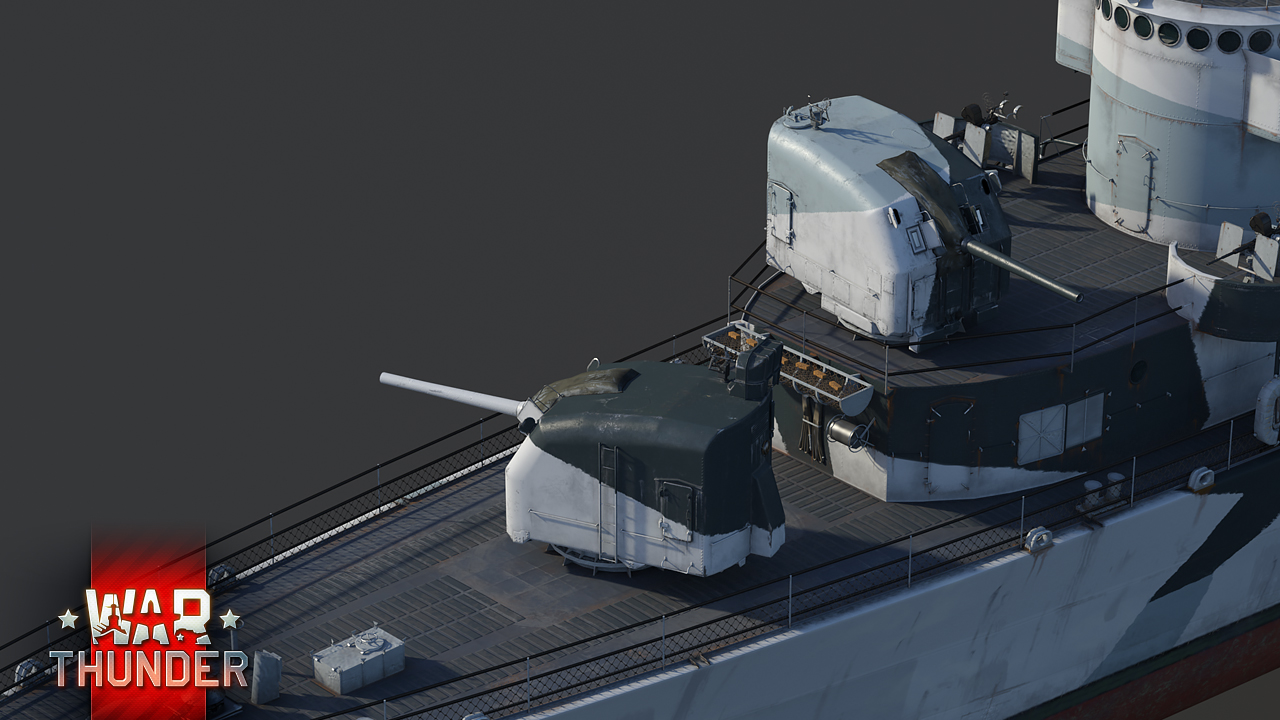 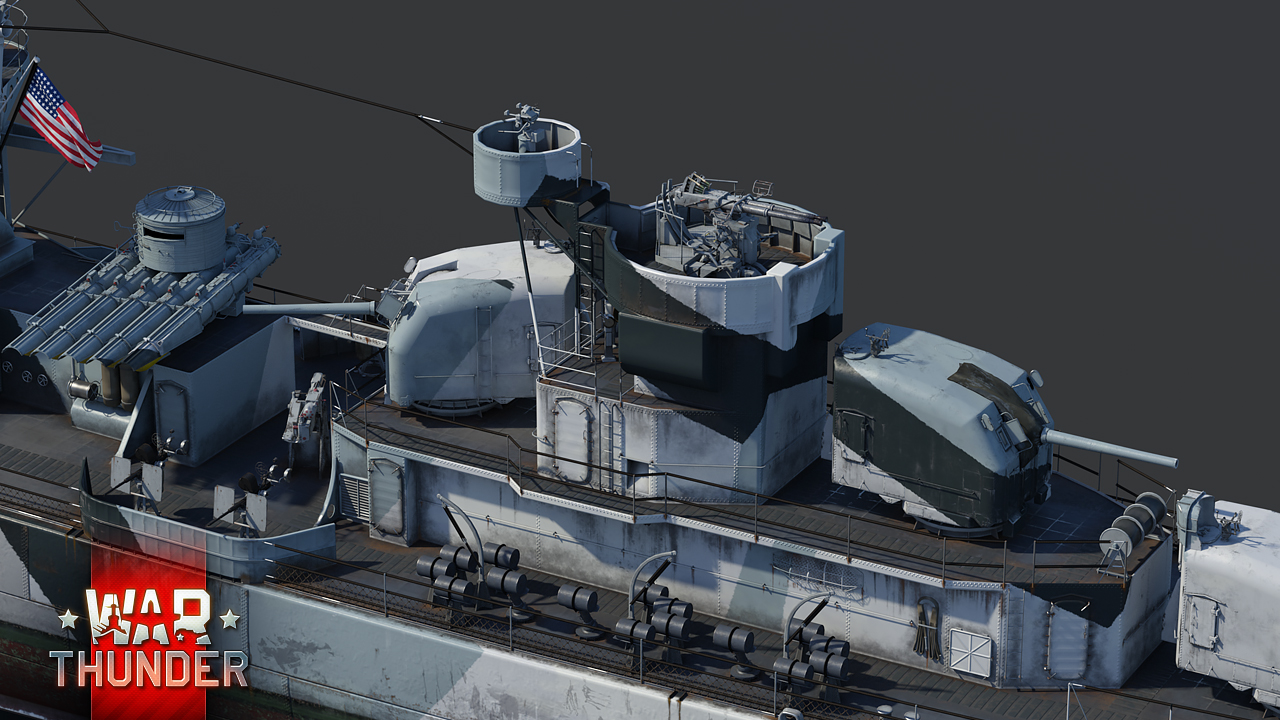 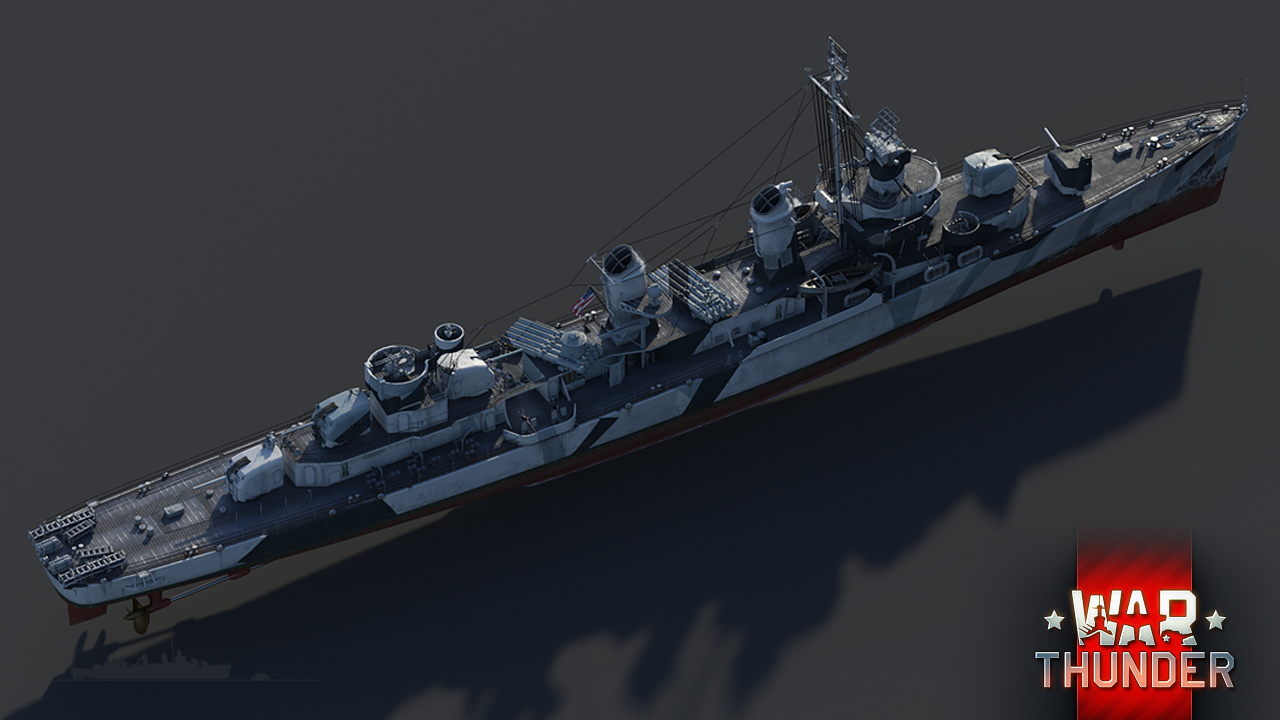 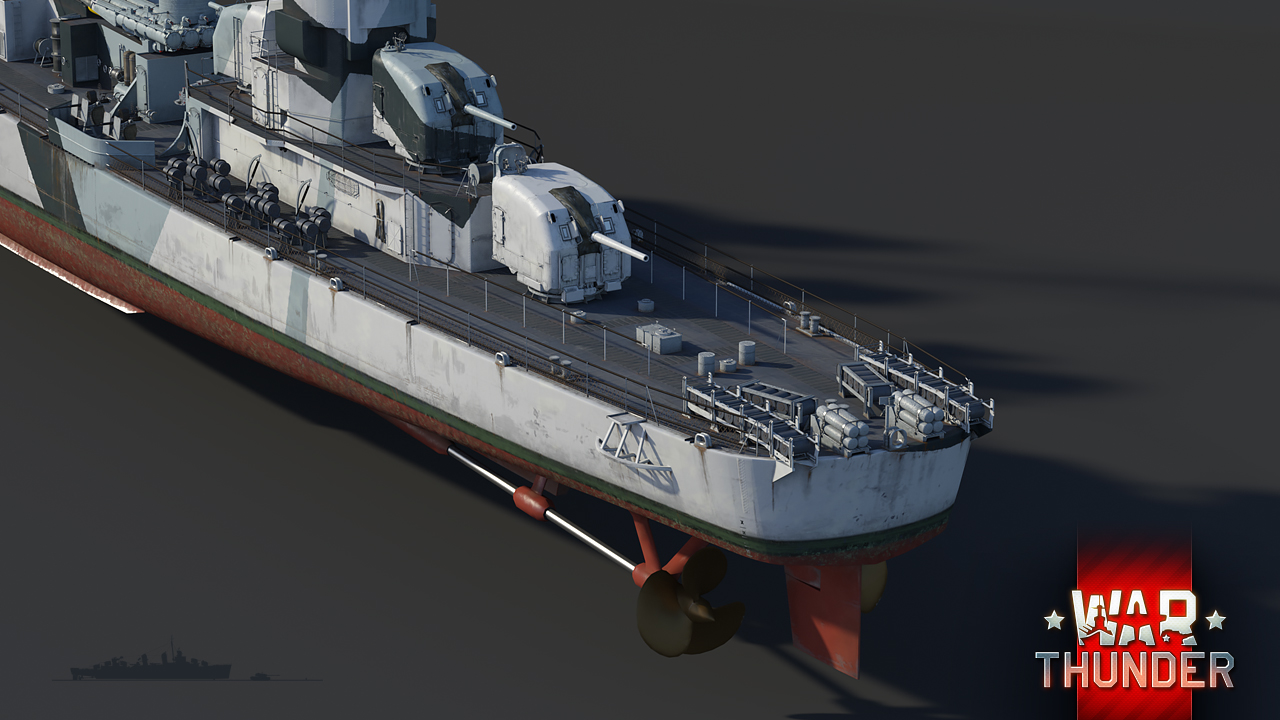 Guys, it's not April Fools, no need to mention game with health bars here ;) But I need to say that 70 upvotes in 4h was a nice achievement, gratz Kulcsos12 ;)

_Ironclad_, You are a real man calling out my favorite class of IJN DD

Meanwhile in from the glorious IJN, we present to you... Hello? Psst. IJN DD, that's your cue! ... Hello? Has anyone seen IJN DD?? Anyone?

I think the Fubuki is still dressing up!

Oh my God she is a beauty

Damm you I wanted to say first until I saw you comment Just now. fudge

janminhstier, So you can cuss this but can't cuss that. How about not cuss at all. This is a public comment. By the way to Gaijin, when is he ships update?

When naval forces are done if Gaijin adds BRs to like 15.0 and goes modern there will be no game that could rival them. Think about it tanks air and sea across from late WW1 to modern day what game will be able to compete?

Would be interesting to see the game slowly expanding further into modern times. There's a lot to mess up though...

What about any 𝘰𝘵𝘩𝘦𝘳 nation's destroyers then?

Two of them are linked under the article.

Stona_WT, just realized i do already have all the tanks and planes in fangs and diehard packs, so i guess imma patiently wait for 2weeks o7