Tribal-class destroyer
28 April 2017 Development
Attention! This news was published on the old version of the website. There may be some problems with news display in specific browser versions.

Recently we told you about the naval battles development progress in our game. Your feedback helped us to improve the existing naval gameplay and today we proudly introduce the first representative of a new class of vessels in War Thunder - the British Tribal destroyer!

Right at the start of the naval battles development in War Thunder, we never excluded the possibility of the introduction of bigger ships. Now we bring you Destroyers - the “workhorses” of fleets across the globe were often massively produced - these ships performed a great variety of tasks and battled their opponents in various situations. These are the fastest of the “bigger” vessels in the naval fleet, with their maximum speed of up to 35-40 knots (75 km/h), having powerful armament, they however lack the armour of cruisers or battleships. We believe that these characteristics will make it possible for these craft to take part in combined battles, along with aircraft and mosquito fleet vessels and that’s what we want to test in the upcoming test sessions. 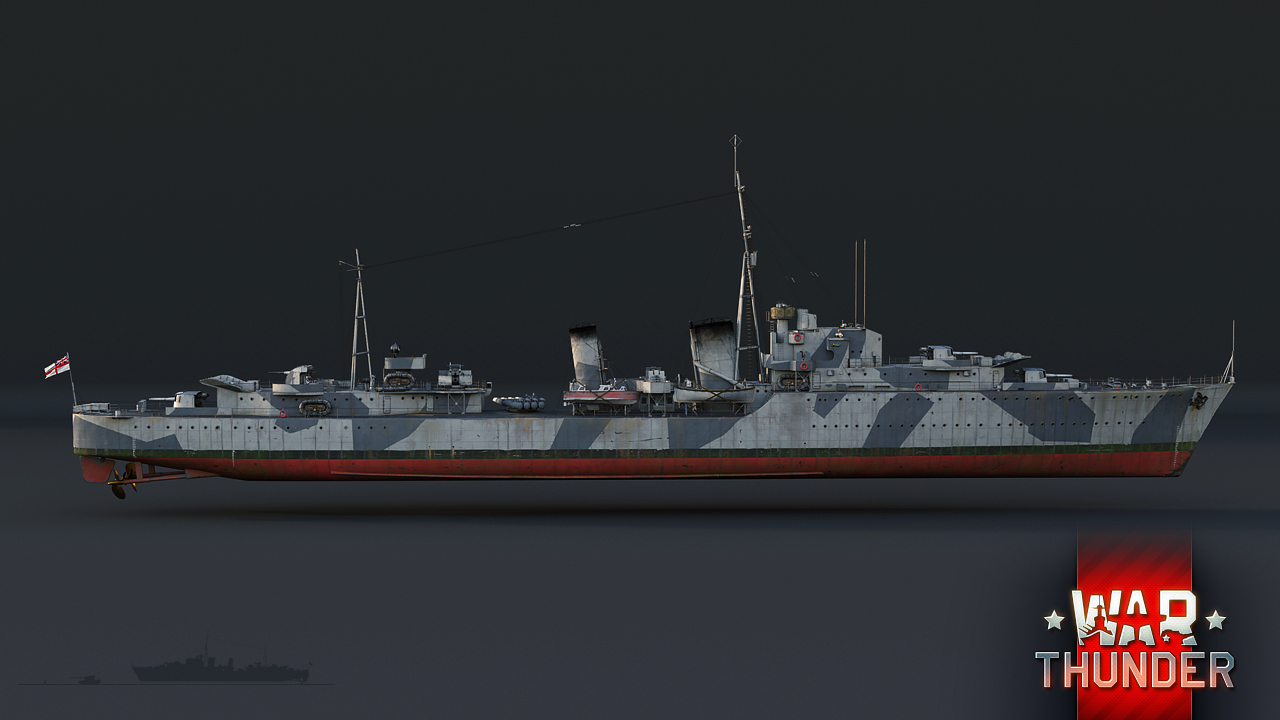 In 1934, the British Royal Navy was aware of the urgent need to develop new destroyers that were heavier and more powerful than the top vessels of the time (I class), which already lagged behind the newer ships of Britain's potential enemies. The new destroyers were initially designed as flotilla leaders, maximizing their standard displacement up to 1,850 tons. Tribal-class destroyers could achieve a respectable speed of 36 knots (67 km/h) and had a fuel capacity that gave them a maximum range of 6,600 miles at 15 knots. The crews on the new destroyers varied depending on military necessity and ranged from 190 to 300 men at various stages during the Second World War.

The artillery armament on the new vessels consisted of six 120mm guns in three twin mountings, two towards the bow and one at the stern of the vessel along with a twin mounted 102mm pair of guns also aft. The anti-aircraft armament comprised one quadruple 40mm gun mounting nicknamed the "Pom-pom" and two quadruple mountings with large-calibre machine guns. Torpedo weaponry was sacrificed in favor of artillery power and was unusually meager: a single 21 inch (533mm) quadruple torpedo tube, capable of only one full salvo. Nevertheless, the reduced torpedo armament was not mirrored in the vessel's anti-submarine capabilities. In addition to an anti-submarine sonar, all Tribal-class destroyers carried 20 depth charges that could be dropped from a special rack or thrown from mine launchers. 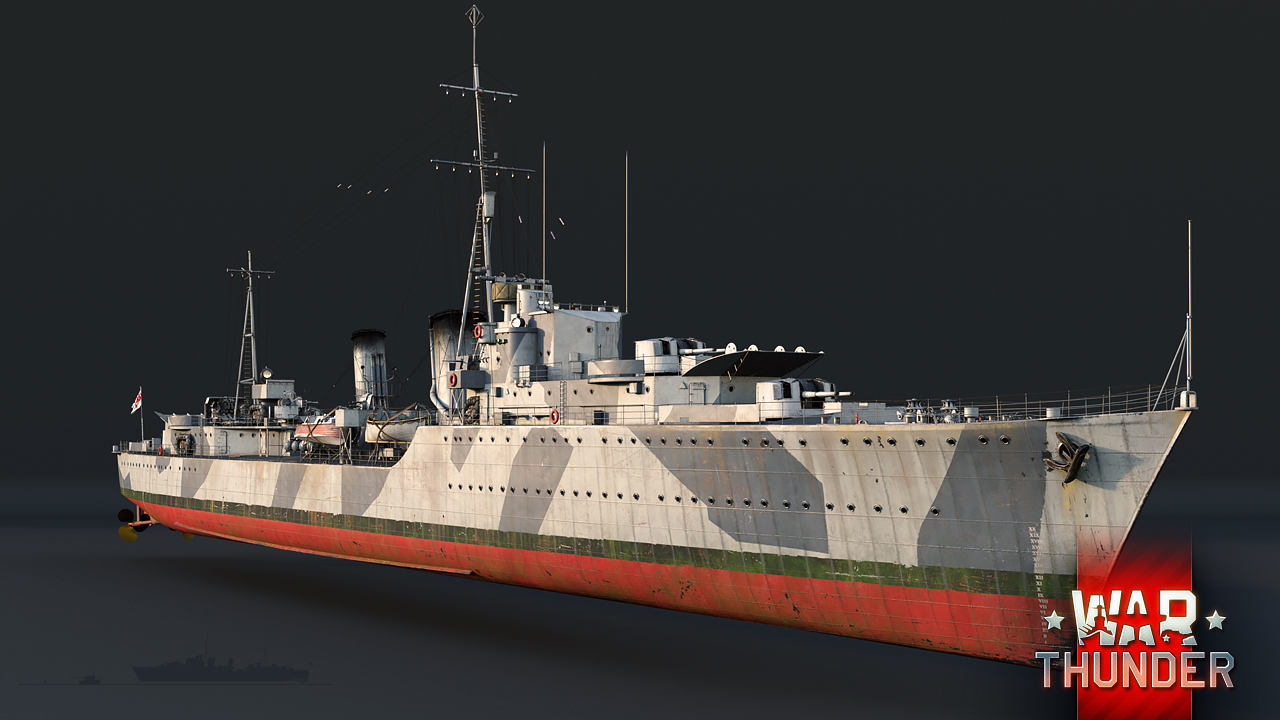 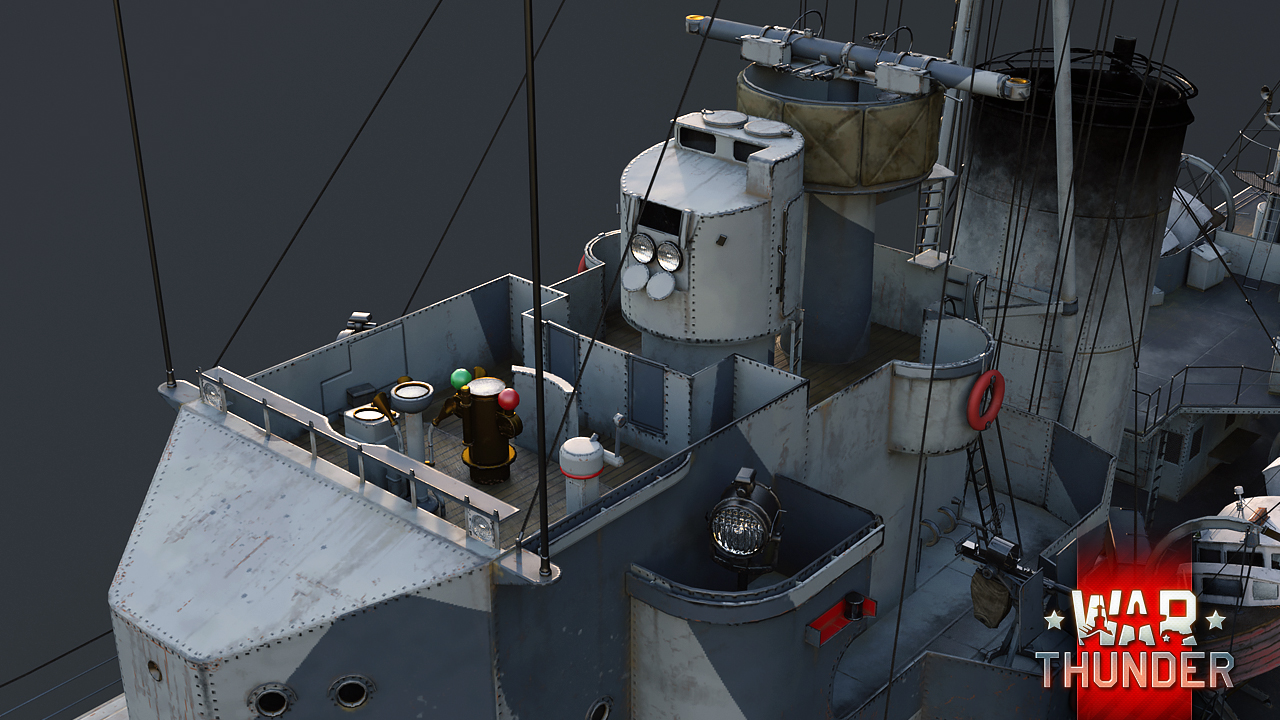 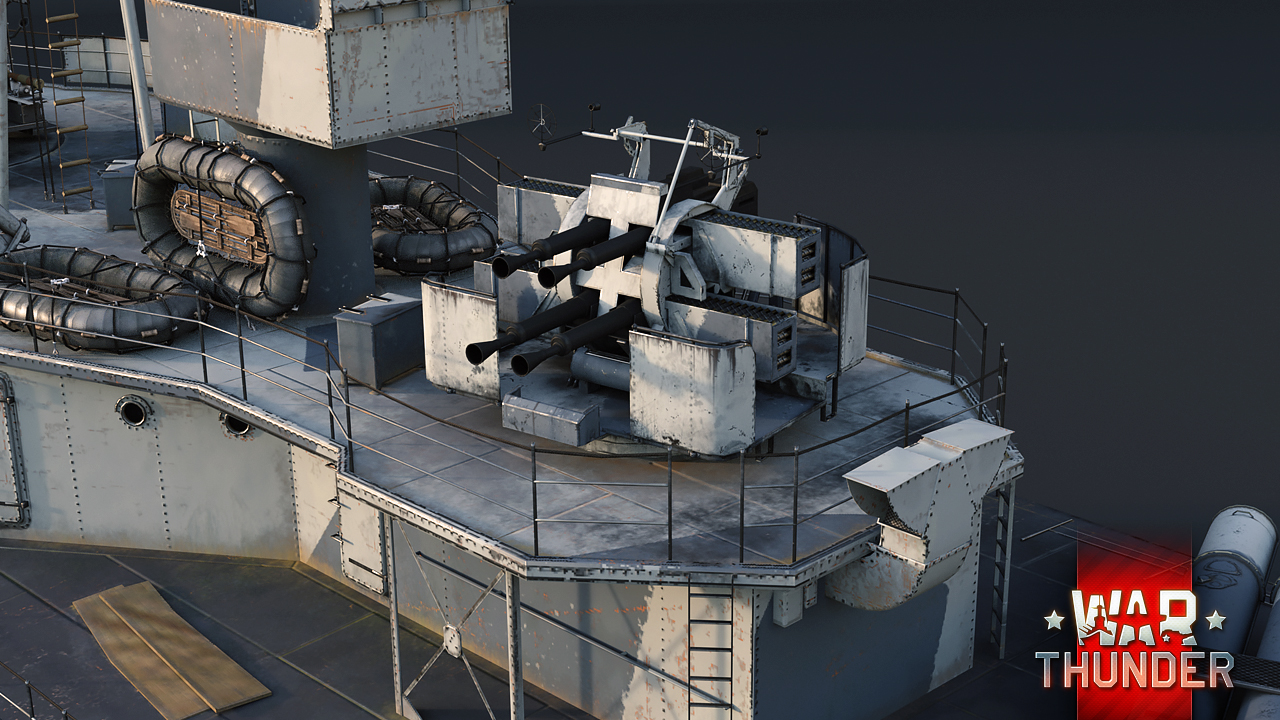 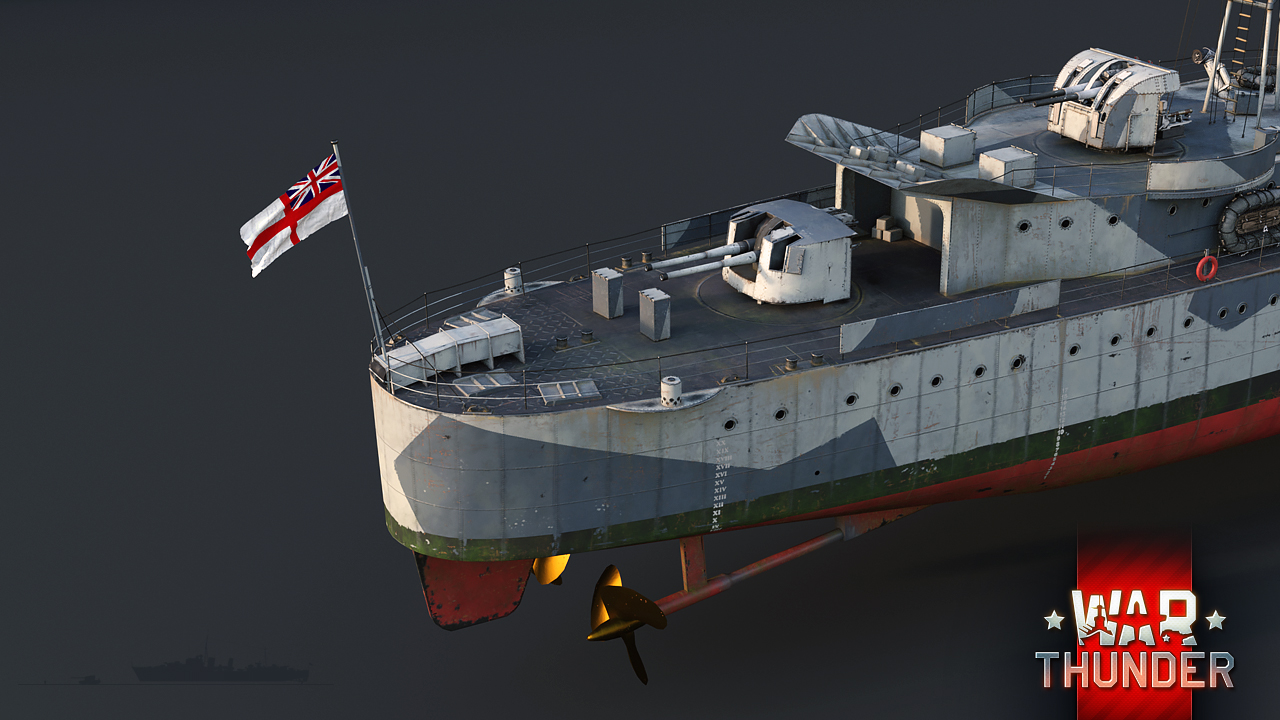 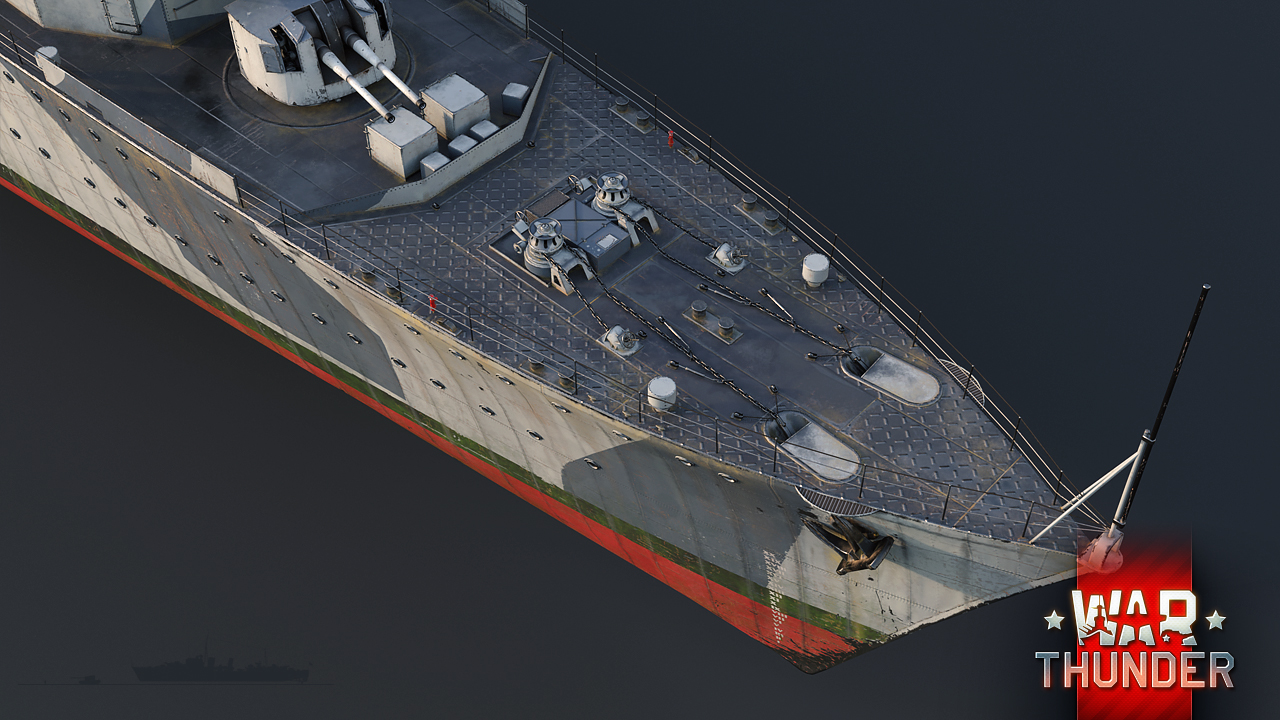 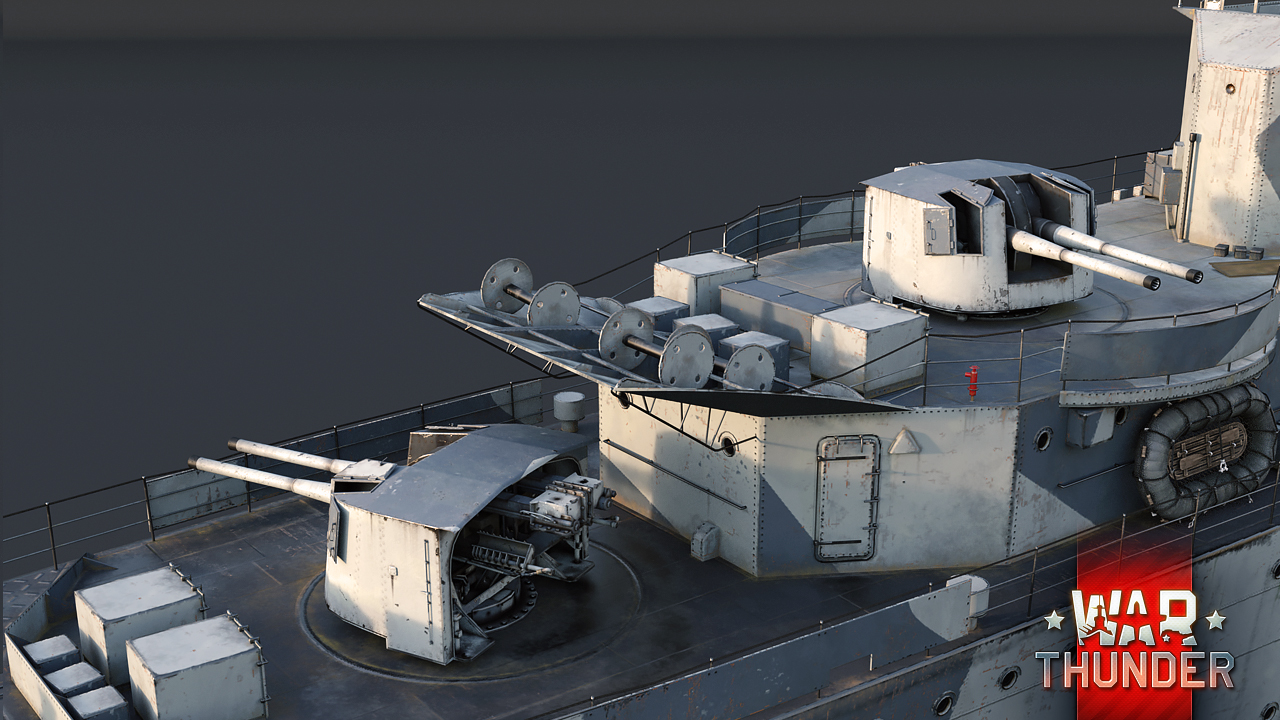 A total of 16 destroyers were built for the British fleet between 1936 and 1939, and 11 vessels were later ordered for Canada and Australia (1939–1940). Production of the 11 vessels for the two Commonwealth countries continued until the end of the war.

Do not forget to check out the previous Devblogs!

Commenting is no longer available for this news
Rules
SmallStation
79

YES GAIJIN , THIS IS REALLY SURPRISE ME !!

Edit: This really surprised me. :-)

Boris_CRO, Thanks Bro , You are my hero

Hawk019, Please, read article. Pictures are important, but you miss huge amount of information if you only look at them and then jump straight into comment section :(

Sorry, cannot hear you. Tribal-class engines are too loud :(

Stona_WT, TY thank you yes now i can have a proper royal navy soon i bet the bishmarks and the other famous ships will be premium and yuoll just have models

"Gaijin won't listen. They won't move away from pt boats like the community wanted. They're just gonna let it die out and release an unfinished version of Naval combat" they said. I knew you guys would pull through. Looks great guys! Also for anyone still skeptical, these images were uploaded to this site (according to my phones downloads at least) somewhere in the middle of March. So it's not like this is something that they are just "teasing". There will definitely be more coming soon.

Smin1080p, The best part is . . . if they add British destroyers, they will attract the British players from world of warships as they have been waiting (cough me) FOREVER for more British ships :D Hail Britannia!

It`s a tin can, bigger than a boat yet not quite a ship yet... Soon though we shall have proper ships... Ships with... The sails. Hardeharharhar! WTG Gaijin.