War Thunder fleet development has moved to “full ahead” and we would like to give you the opportunity to try out some new changes we have already indicated earlier.

We are introducing a new vessel type - destroyers, that can be tested on the new “Ice Fields”  testing location. At this stage players will have 2 destroyers available - the Soviet 7-U type and the British “Tribal” class destroyer, torpedo-boats and aircraft will also be available in the mission

The new test map will be really big - several dozens of square kilometers which will allow vessels of different types to participate in battle. The destroyers will spawn at the edge of the map, while the fast and mobile torpedo-boats will have the spawn points closer to the centre.

The task in this mission is pretty simple - destroy enemy cargo ships that are stationed at the rear and protect your own. Destroyers have powerful artillery weapons that can shoot across almost all of the map, however shooting from long distance may lead to wasting a lot of ammunition so we would recommend getting closer to the target for more accurate fire.

Torpedo boats begin the battle much closer to enemy positions but they should watch out for the heavy fire of any enemy destroyers and use cover before reaching a good position for a torpedo attack. Players will not have to spend “Spawn Points” for using vessels, while choosing bombers/torpedo bombers will require a lot of SP and only experienced players will be able to fly an aircraft more than once per mission. However almost all players will have an opportunity to try aircraft against destroyers at least once.

As we have already hinted at, we have created larger modules in the damage model system, also crew members are allocated to compartments and battle stations - damaging these sections will automatically knock out several of these crew members and the more damage that is inflicted, the more crew members will be lost. 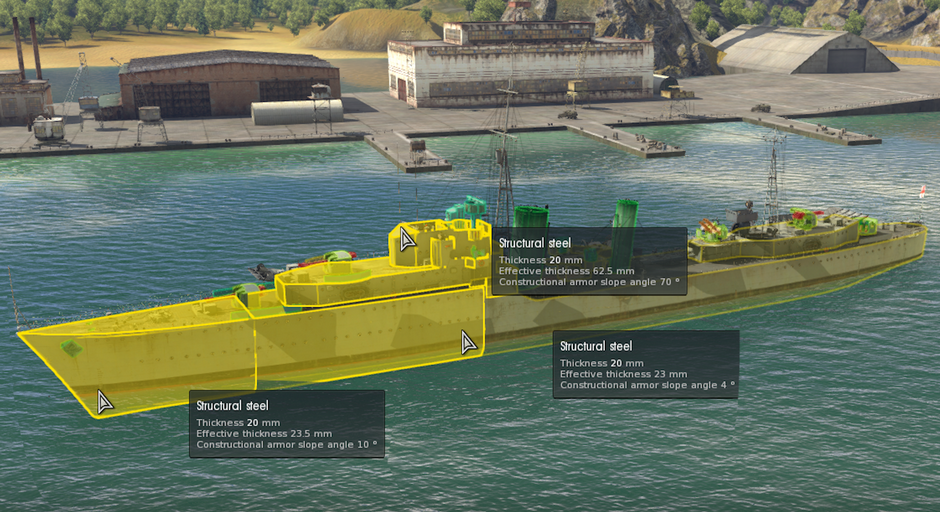 From now on, players will control fire and flooding prevention as well as the module repair itself - they should activate the respective button on the action panel. Please consider that enabling several actions at the same time will make the selected progress slower and decrease the reload rate of all guns. New icons for: extinguish fire, repair, repair breaches

We have added torpedo lead indication and changed the torpedo launch mechanics. You may launch several torpedoes (spacebar by default) as previously but if a player chooses the torpedo sight, he will control only one torpedo launcher at a time (you may switch to other torpedo tubes by pressing the same key). A player will see the required angle and dead zones indication for traversing torpedo tubes.
You can bind the torpedo select key in the weaponry section of the controls.

Effectively using HE and AP rounds

AP rounds usually punch through the target, but can hit enemy vessels below the waterline and thus can destroy either the powerplants making an enemy craft immobile or ammunition storage - which will cause further damage with stored ammo detonation.

HE rounds damage compartments, may cause local fires, create breaches above surface that also can be subsequently flooded. 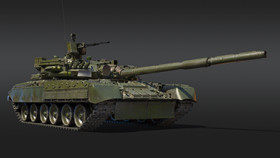 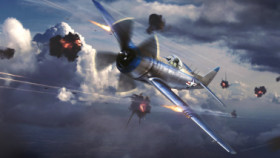 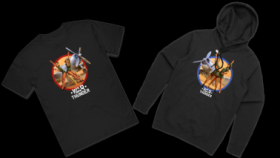 Commenting is no longer available for this news
Rules
Scarper
Administrator

MAC users should also be able to participate with some tweaking by your good selves. https://forum.warthunder.com/index.php?/topic/367934-fleet-a-new-stage-in-naval-battle-testing-in-war-thunder/&do=findComment&comment=7012821

Fast, jump on the HYPE SHIP!

SELFIEonPC, If you can get on the Dev Server which apparently is more potato than normal...

I would but I have an asterisk next to my name...

I'm glad to see Gaijin is actually listening and taking inspiration from the community, trying to please as many people as possible. Guess I'll once more start putting cash aside to throw at the game.

We told you we are working on something something....now we deliver - and that's just the beginning.

Thulle_, Aye, well done. I must say I am pleasantly surprised and I expect many others to share the same opinion.

i would happly agree if...there only store did not make me go to my bank every time to get somthing from them

wow... i love seeing your progress and what you change, keep it up! thanks! also i notice the port has enough room for... bigger ships....??

Well the future will depend on how this next round of testing goes. Depending on the feedback for Destroyers, we will move forward from there.

Smin1080p, You definitely have a good grasp on how ships move and how their guns work. And MBT play is fun...I haven't had this much fun with a naval game since Enigma: Rising tide. I think if you do move into the bigger ships, like cruisers and BB's, you're going to have a real winner here.

Sadly I have a feeling bigger ships won't come til either late in the CBT or later during/after open beta.

Thanks to all that interacted and played with me tonight on Dev, was great fun guys - I really enjoyed myself with you all. But please, remember these things are bigger than you are used to, dont cut in front of others, it creates a nightmare lol. o7

Honestly, this alone shows that stuff like Cruisers and maybe even battleships could work as well! Would be awesome to see!

They CAN work. Gaijin just has to let us try them. But for now we'll focus on the DDs.

*Grayfox061, well, you do not know if larger ships will work... but it has always been important to start small and work the way up and develop new game play mechanics... Devs have said nothing larger than DDs, but things can change and this testing stage of Destroyers will be very important in a number of ways... there are now new mechanics for DDs that need to be tested and which would be needed for any possible larger ships