Our players already had the chance to familiarise themselves with the T-54 tanks since the early days of War Thunder’s Ground Forces. In Update 1.69, we are eager to present you the much anticipated further development of the T-54, the T-55!

The T-55 medium tank entered service with the Soviet Union at the start of the Cold War as a replacement for the more and more under-equipped T-54. The new tank’s specifications and design was mostly derived from the T-54, having only minor visual differences. The vehicle used the same T-54 chassis, with changes to the armor layout as a result of the additional weight from the new equipment. Since the tank was designed to operate in conditions where weapons of mass destruction could have been used, it had armour with a radiation liner - this also had added armour functionality, where it decreased the chance of internal modules being hit with the spalling effect and reduced the cone of the explosive jet of HEAT rounds. The gun was also modernized - the vehicle had a D-10T2S stabilized cannon. As time went by, older T-54 tanks were subsequently modernized to the T-55 model, leading to the later fusion of the two models under one designation - T-54/55. Over 12000 T-55s were produced, spanning across multiple variants, in the Soviet Union alone from 1958 - 1969.

In War Thunder, the T-55 will continue down the path set by the T-54. Players will now have the chance to further exploit the chassis’s great mobility by utilising the new gun stabilizer and a boosted engine to perform fast flanking attacks, not stopping until the enemy is turned into a burning wreck.

Also, new ammunition will be available for this vehicle - BOPS 3BM-25 and KS 3BK-17 ammo, the first one is the APDS-FS, and the second one is an HEAT-FS round that has reduced ricochet chance. 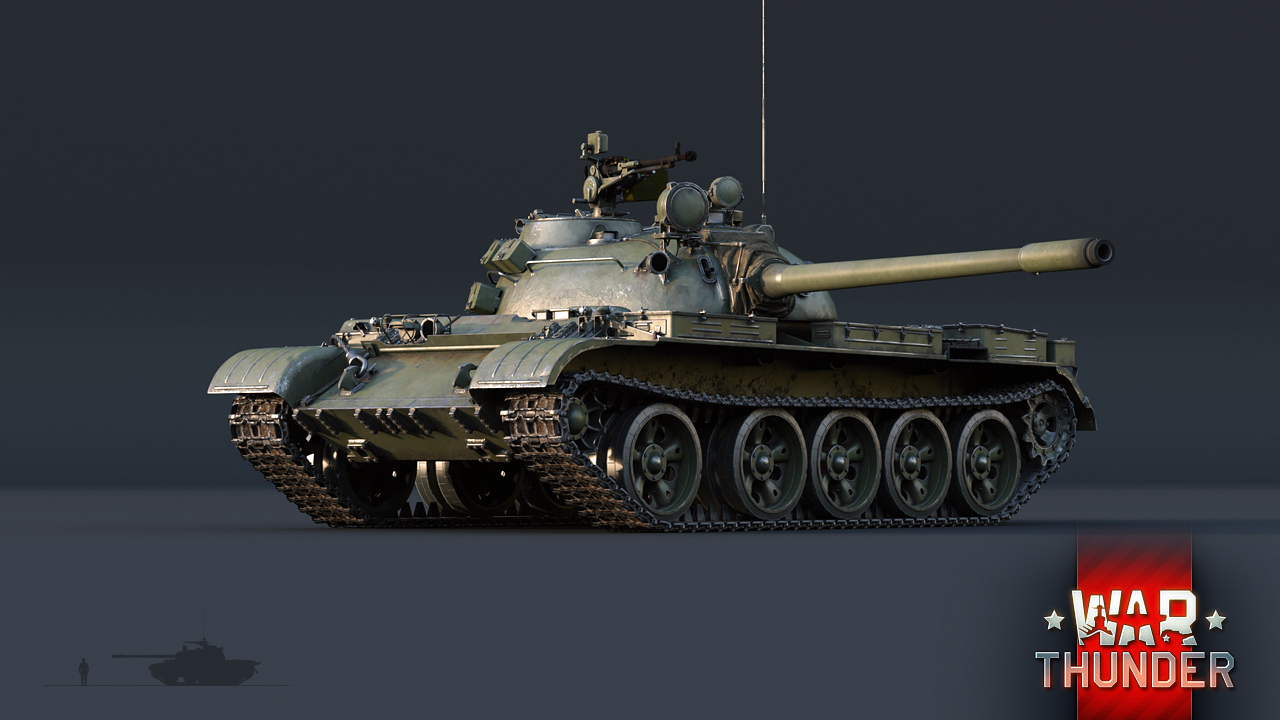 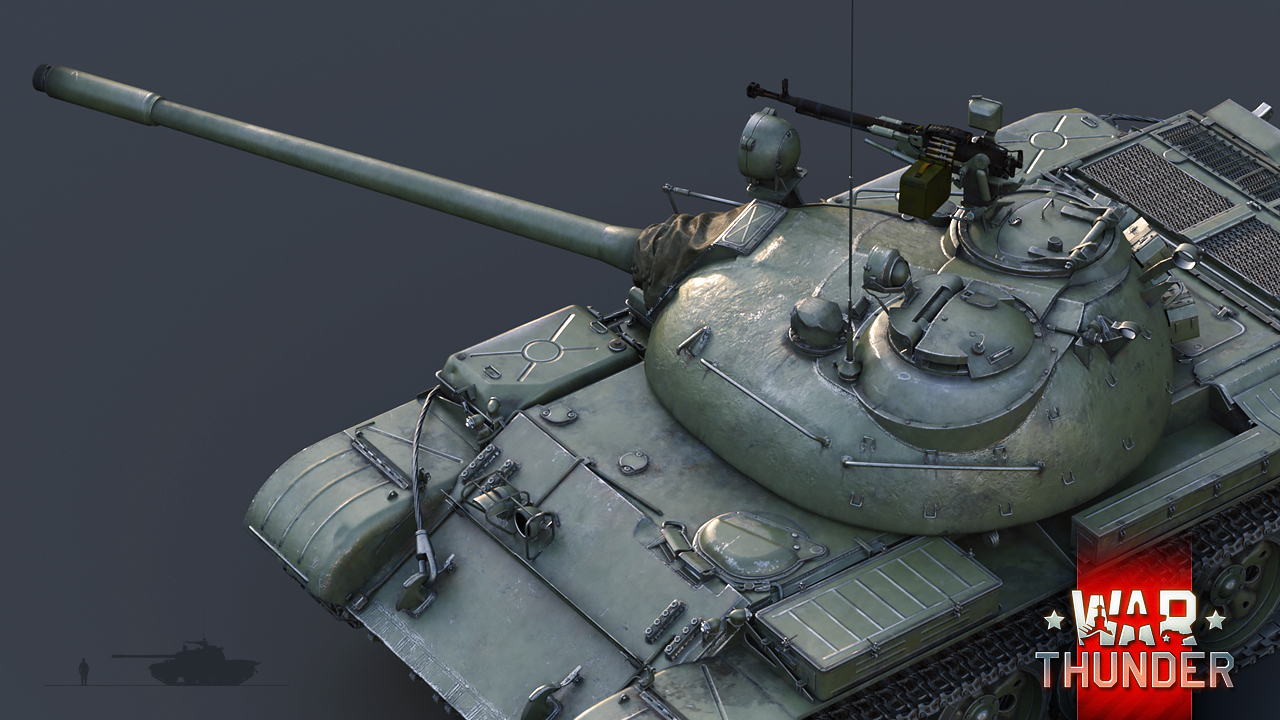 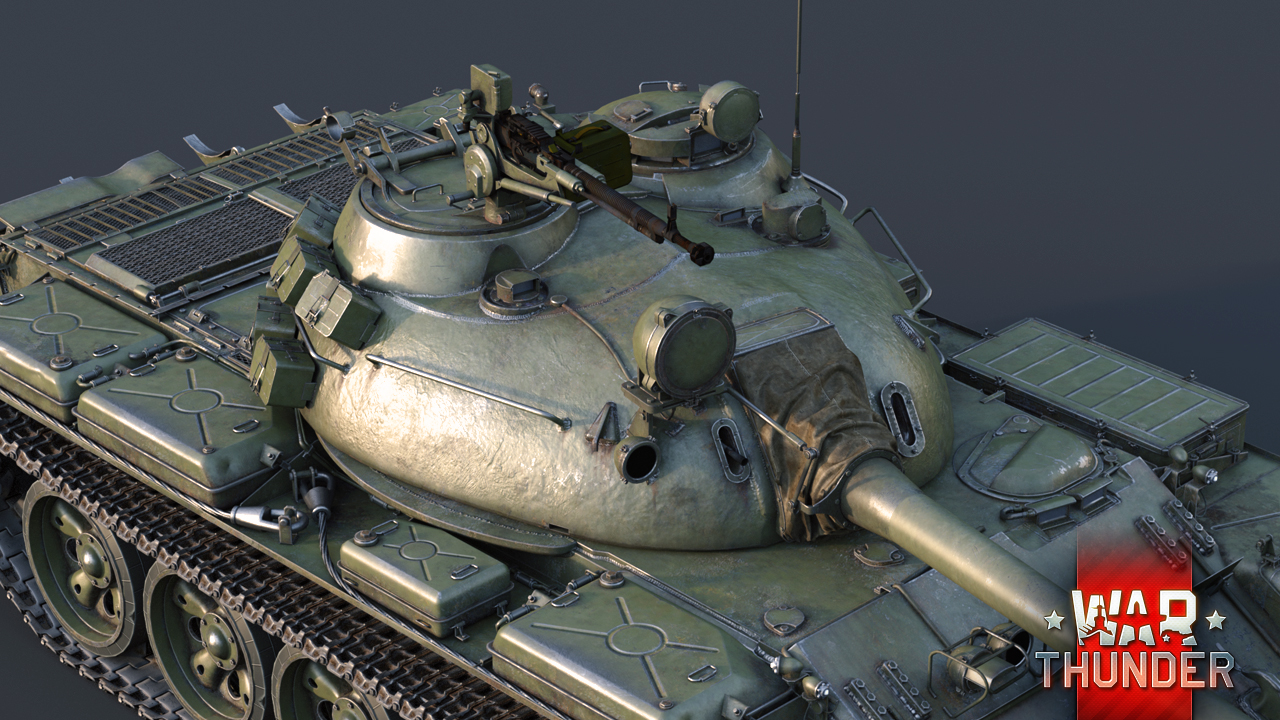 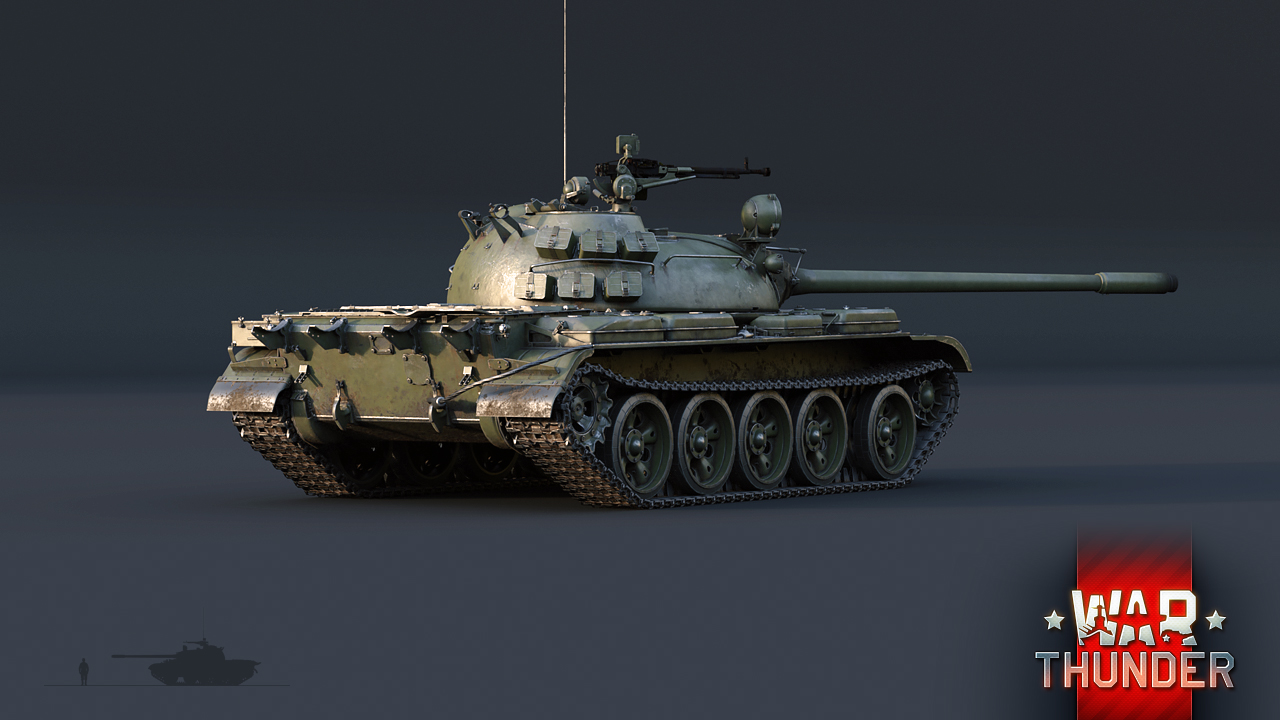 In short, the T-55 will provide its future commanders with the necessary tools to improve and perfect their skills of brawling and high-speed flanking, acquired from the T-54. This new steel beast is joining the top ranks of the Soviet medium tank line in the upcoming 1.69 Update coming soon!

Commenting is no longer available for this news
Rules
CassiusDio
89

Aww who's a gorgeous little tank?? *pinches turret cheeks* You are!! Yes you are you gorgeous metal thing you!!! *happy revving sounds*

Why do i imagine Star Butterfly doing this? I think i might watch too much cartoons.

baron_lars, Probably, but what ever floats your boat.

will we ever see T54s being packed therefore without the need to grind trough 3 almost identical tanks to get this?

Although it would be too late for me as I'm researching the T-62 currently, this still needs to happen

Ah, riiiight, because the Sovjets having the worst 8.0 medium tank for over a year now is a clear case of Russian Bias right? I mean, they can't have something on-par with it's oppositon, clearly that would indicate Russian Bias :P

Necrons31467, Exactly, the leopard is a KING when it comes to tank RB.

I understand, although i think its much worse that you have to grind the same BR-471B shell for the 122mm gun 7 times. Its so so stupid, one should never have to research a shell/module more than once.

It's not that same vehicle.

It's beautiful! I can't wait to slap some Polish emblems on it and roll around with style ~

I only have 1 problem with it... Please can we have the massive fuel tanks things on the back of it

ForteTheFox, You know that War Thunder is not a Hollywood movie and shooting with MG into that fuel tank will not detonate whole T-55? ;)

when is our chieftain mk.5 coming?!

That will probably be the next devblog

Dncmaster, Actually I think the next devblog is going to be the G.91, which was leaked earlier. Unless, of course, they intentionally delay the G.91's devblog just to troll those of us who saw the video. https://coub.com/view/u3u8z

one step closer to the T-72A

Haha, don;t get your hopes up, that's not gonna happen.

Just give us Brits a new chieftain god damn it Russia doesn't need more top tier tanks right now while Britain does because we only have one viable top tier tank the chieftain mk3. Give us the mk5, mk5/4 or mk10. Almost have increased engine power 720-750hp better APDS round and the inclusion of APFSDS.

dotEXCEL, How? Mk10 is just a mk5 with a better engine and a improved APFSDS round. Chieftain didn't have composite armour.

I want the Chieftain Mk.10 with Stillbrew armour so bad right now. It's just a cast steel armour with rubber in between.

lordbossharrow, the rubber makes its composite because it is armour made out of two or more matrials this will make tanks such as the T64 viable

How many more tier 5+ vehicles before gaijin HQ split the game into 2 game modes: WW2 and Post WW2 era ?

100s maybe. I mean look at the modern day April fools. They didn't do last years April fools by mistake.

They will never split the game. That would lie in lieu of the reasoning behind making a single game with combined arms.

DestroyDaDa, If they don't split when there are too many high rank vehicles them a large amount of players is never gonna get those modern or cold war vehicles. Its already take a long time to get to rank 5