We continue to familiarize you with new vehicles, which we plan to add in the next update. This time will examine the long-awaited for many fans of German aviation - the Fw-200 C-1 "Condor", as well as a premium M26E1 "Pershing".

The first four-engine bomber in the german tree, that will be placed in late Rank 2. The civil origins of this aircraft affected its speed, armouring and defensive weapons - 4 low calibre machine guns. But the bomber had a good enough flying range and impressive maximum bombload of 3100 kgs. 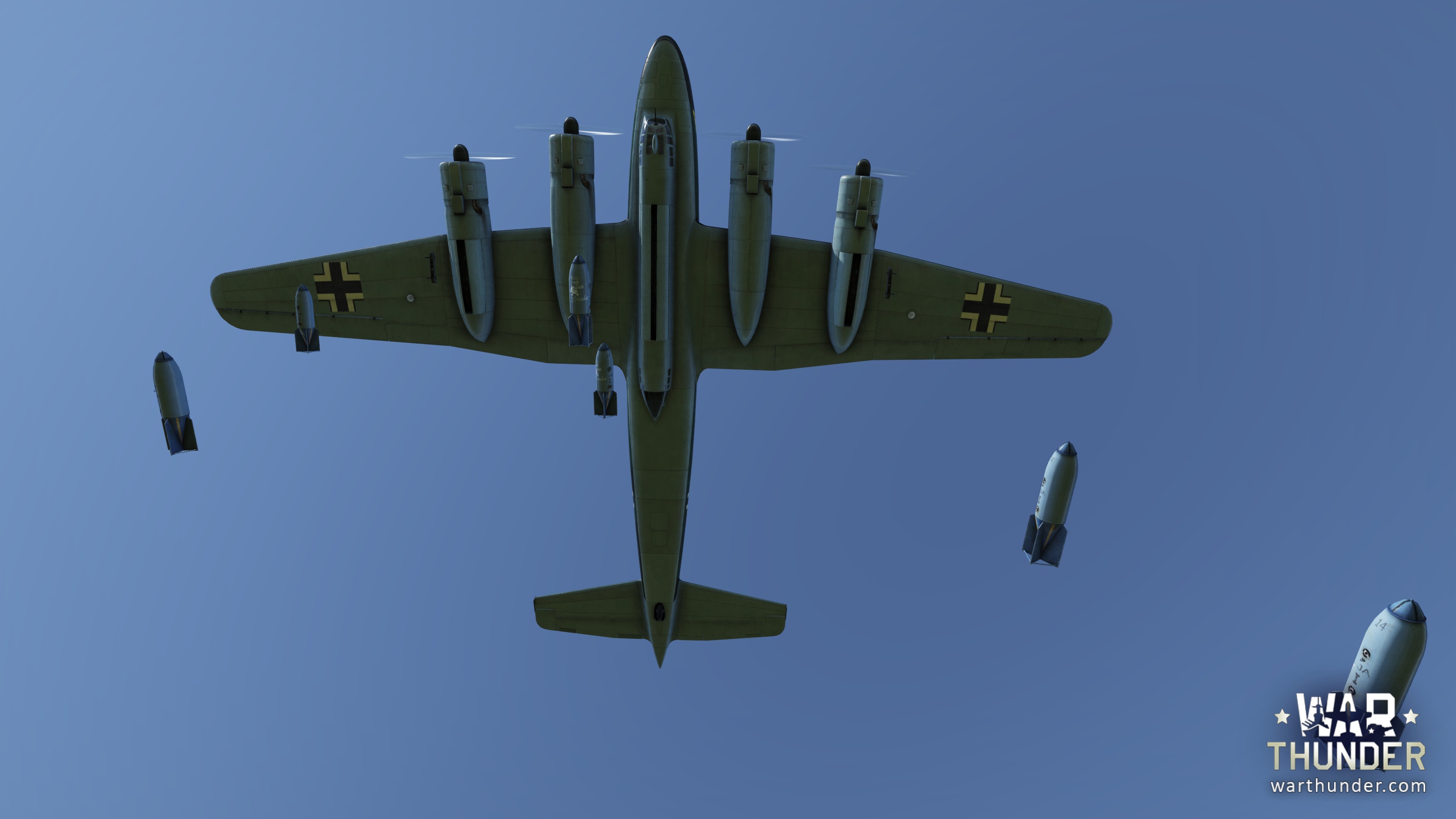 This aircraft has a very complex chassis system. Seems like it was designed for softer landings, since the “Condor” was designed as a passenger aircraft. It took quite a lot of effort for the artists to animate the animation of this enormous amount of details properly. 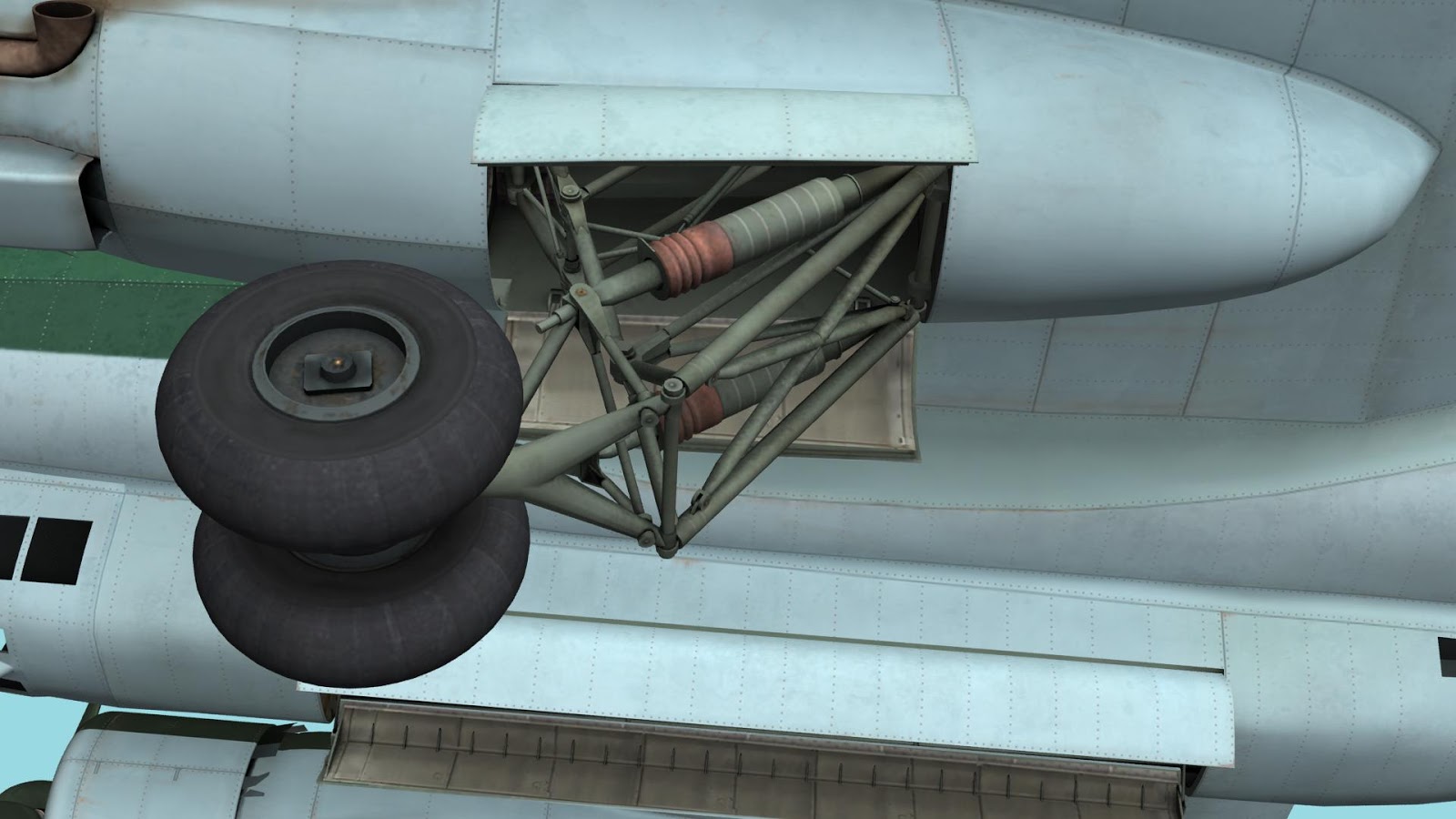 Sometimes the story takes an unfair turn. This applies to this machine in the fullest. Designed as a transatlantic airliner, it had at the time of its creation every chance to become a legend of civil aviation, this aircraft had to play the role of bomber and long-range reconnaissance. 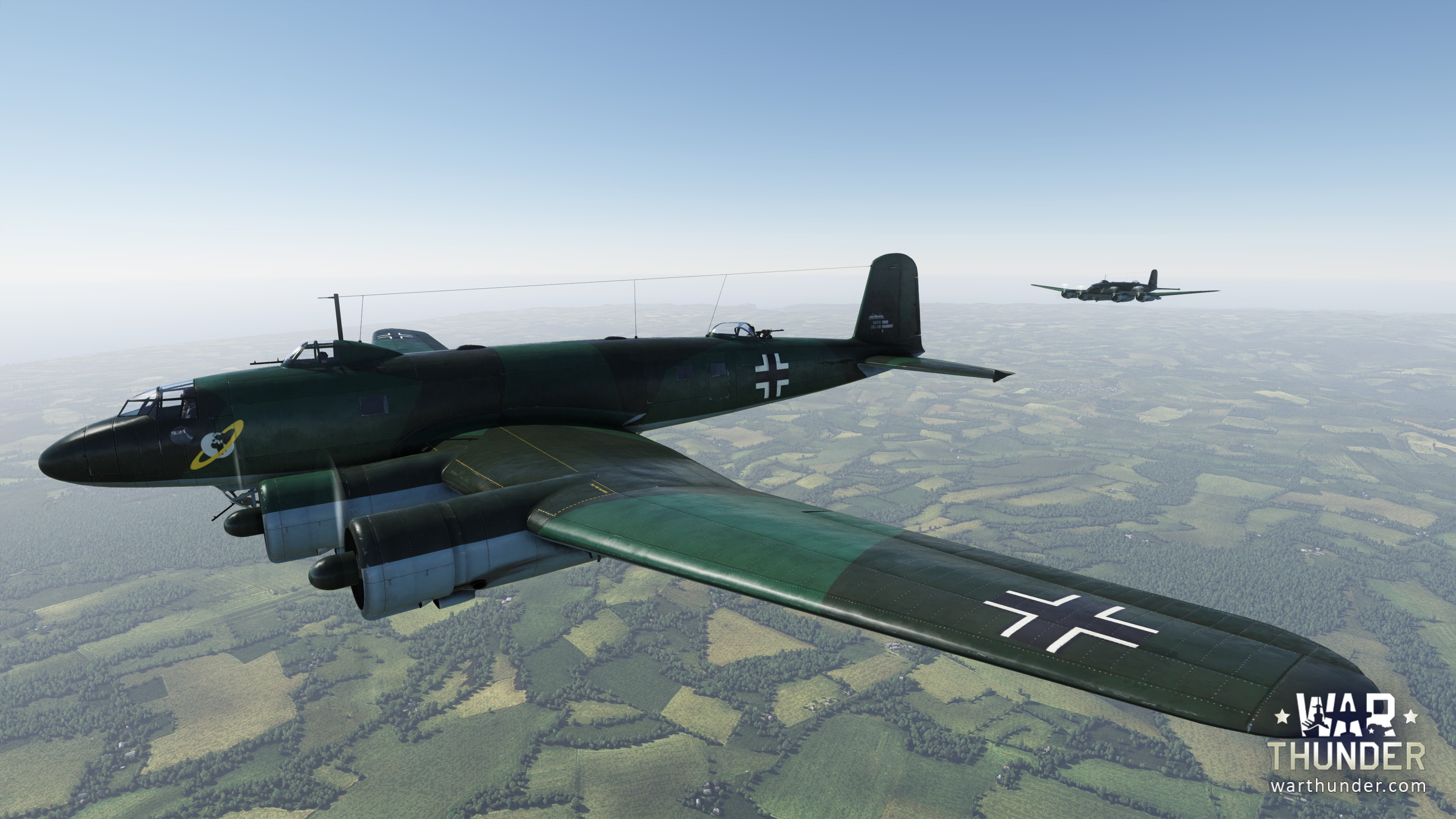 Meet, the Focke Wulf-200 "Condor"! What can I say about this plane? It's beautiful. The Shape and lines bring aesthetic pleasure to any connoisseur of aviation. She flies well, and that comes from its civil heredity. While flying it you are filled with confidence that you controlling not a combat aircraft, filled with bombs, but an airliner full of passengers. Soft, somewhat stately and graceful movements of the machine will delight fans of quiet piloting. Very simple to takeoff and land which will attract a lot of fans. Couple it with the ability of the "Condor" to forgive any errors in piloting, this is a great machine for a beginner. But alas, the shortcomings of this aircraft is a continuation of its merits. Leisurely and measured sometimes become serious drawbacks for a combat vehicle. This is what happened in our case too. With a fairly large bomb load (that is very important for a bomber), we have a number of drawbacks. The "Condor’s" low speed (in the best case, the aircraft accelerates to 380 km / h), a small ceiling (you won’t be able to hide in the stratosphere in this one), and a few weak small guns as protection. It would seem that this is a death sentence for such an aircraft? Not at all! Excellent handling and ease with flying, allows you to place amazingly accurate strikes. Its long range will allow anyone to go amazingly deep behind enemy lines to raid. In general, try it and I am sure, the "Condor" will find many of its fans around you. I know that I’m already in love with it personally.

A Few words about the new M26E1 Pershing - premium modification of the M26 for all people who love American vehicles. E1 - is a tank with a new 90mm gun and steel type T81 tracks and is also characterized by the different shape of the turret.

Significantly modified Pershing has improved armour and gun, it has wider tracks and hull - this tank is an impressive one by its looks alone. It perfectly complements the collection of "Steel generals" and is useful in the game against almost every opponent.