A French Premium Hydroplane with a deadly torpedo is one of the prize in the upcoming winter special event in War Thunder.

The Laté 298 was designed on the basis of a requirement of the French Navy for a new single-engine seaplane to replace an older, less successful aircraft. As a result, engineers at Latécoère developed the Laté 298 which undertook its maiden flight in May 1936 and subsequently entered service in October 1938. Following the outbreak of WWII, the Laté 298 first saw combat during the Battle of France in 1940, harassing German units as they made their way inland. After the fall of France, the Vichy regime was allowed to operate a handful of Laté 298, which mainly served in North Africa before rejoining Allied operations after Operation Torch. The Laté 298 undertook its final missions during the Liberation of France in the final stages of WWII. 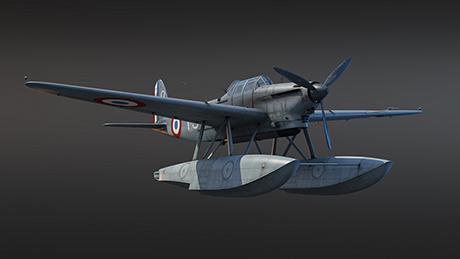 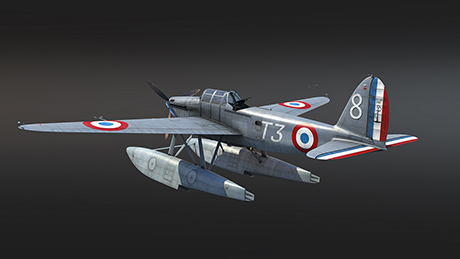 The Laté 298 will be one of the first prizes awaiting participants of this season’s winter marathon event in War Thunder. Being the first floatplane to become available to the French aviation tree since its arrival in the game, pilots may not only obtain an interesting aircraft to grow their collection, but they can also expand the tactical capabilities of their lineup with this unique machine.

Despite appearing somewhat harmless at a distance, the Laté 298 can pack a serious punch. In fact, pilots can strap an aerial torpedo underneath the fuselage and pose a serious threat to naval targets. Alternatively, a pair of 150 kg bombs can also be carried which in combination with precise bomb-dropping skills can quickly turn a heavily armored tank into a burning pile of scrap metal. Lastly, the Laté 298 also has access to a pair of wing-mounted rifle-caliber machine guns which can be used to strafe lightly protected ground targets or in self-defense against hostile fighters.

The Laté 298 is a unique addition to the French aviation lineup, both in terms of capability and design. So what are you waiting for? Take part in the marathon event, complete tasks and this interesting aircraft will soon be calling your hangar its new home!

This lovely plane makes the winter event worth while for me.

Nice plane for the anticipated French Navy........... Big Question: Where are Italy's float planes??? We had Italian Navy for 2+ years with dozens of Italian WWII float planes to choose from there's still nothing?

I agree, that's the reason I'm here too.

Well many of us can use the torp right here right now in sim.

So iam grinding for coffe, i have latè at home Men...no.coffy beats time with my family man

Anumy chance of Italy getting a floatplane anytime soon? They're the only nation that doesn't have a floatplane to compliment their navy.

A very beautiful aircraft. The only reason I'm taking part in this event tbh. The torpedo is anything but deadly though, since it has a puny 144kg warhead.