The Khalid is a modified variant of the well-known British Chieftain main battle tank, developed for service with Jordanian forces in the late 1970s. Coming to War Thunder as part of the next major update, the Khalid will offer tankers an interesting twist on the design of a popular British high tier classic!

Briefly: A special Jordanian modification of the Chieftain MBT, outfitted with a substantially more powerful engine.

In 1974, British engineers began work on a modified version of the Chieftain main battle tank in an attempt to fulfill a requirement issued by the Iranian Army - at the time being one of the largest foreign operators of the Chieftain tank. The modification maintained the Chieftain’s signature front hull and turret design but, among other changes, enlarged the rear of the vehicle to allow for the installation of the more powerful Rolls Royce CV12 engine. The first prototype was completed and tested in 1977 while at the same time, the Iranian government placed orders for a large number of Shir 1s, as they became officially known.

However, after the Islamic Revolution in 1979 effectively forced the cancellation of the Shir 1 project, Britain hastily found a new potential buyer for the newly developed tank. The Royal Jordanian Army expressed interest in procuring the former Shir tanks after some further modifications were made to the vehicle’s systems. Once this was done, the Royal Jordanian Army signed an order for over 270 vehicles. Entering service in 1981, this further modified Chieftain variant in Jordanian service subsequently became officially known as Khalid (eng. ‘Sword’). 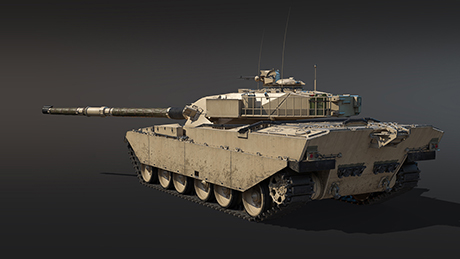 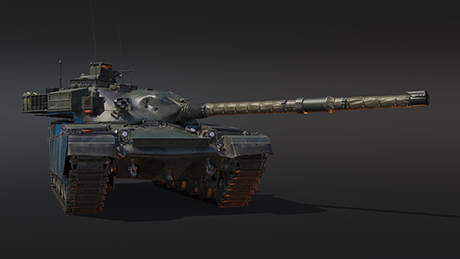 In War Thunder, the Khalid will soon join the top ranks of the British ground forces tree as a new rank VI premium vehicle awaiting seasoned tank commanders in the next major update Apex Predators. As a unique modification of the renown Chieftain, the Khalid addresses one of the design’s traditional drawbacks by introducing a vastly more powerful engine to the chassis.

In fact, the Khalid is equipped with the 1,200 horsepower Rolls Royce CV12 diesel engine which nearly doubles the power available to tankers over standard Chieftain variants. If the engine appears familiar to some seasoned British tank commanders, then this is certainly no coincidence as the CV12 is the exact same engine powering the formidable Challenger 1 - the Chieftain’s successor. As a result of this upgrade, the Khalid can not only reach a higher top speed of 56 km/h compared to the original Chieftain, but it can also accelerate far quicker and conquer more difficult terrain types with greater ease. Effectively addressing one of the Chieftain’s largest drawbacks, the Khalid elevates the vehicle’s combat capability to a new level, providing its aspiring commanders with a well-balanced performance profile.

However, while the engine upgrade is certainly the most noticeable change tankers will take note of during matches, the Khalid also comes fitted with another, not as striking but no less handy system that can have a significant impact on the outcome of a gunnery duel. Namely, the Khalid features a laser rangefinding system which, unlike the Chieftain’s traditional stereoscopic rangefinder, allows for much faster and more accurate range determination. Therefore, gunners can make the most of the Khalid’s deadly 120mm L11 cannon by being able to quickly acquire and engage targets even at longer distances!

Something prospective commanders of the Khalid ought to bear in mind however, is that the vehicle retains the Chieftain’s general layout as well as protection levels without any major change. As a result, the Khalid inherits the Chieftain’s strong turret armor, enabling it to particularly excel in defensive hull-down positions. At the same time though, this also means that the Khalid possesses the same weaknesses in the form of a thinly protected and rather exposed lower glacis as well as hull sides.

Lastly, it’s also worth mentioning that being a premium vehicle, the Khalid allows tankers to earn more rewards for each action performed in combat - a particularly useful perk for players aspiring to climb the top ranks of the British ground forces tree. In the meantime however, be sure to stay tuned to the news as we continue unveiling more of what the next major War Thunder update has in store for you. Until then, happy hunting tankers!

This update is different due to new rank added to aircraft.

Khaild dose not mean the sword , in fact Khalid = Immortal , Considering i am an Arabic speaker

I am guessing it comes from Khalid ibn Walid's nickname, sayf Allah / sword of God. This is just a guess. Could be wrong.

Hi there - just to point out a small typographical error. Paragraph starting "In fact ..." the final sentence should read: "Effectiely addressing one OF ..." That is, the word "of" is missing ". Many thanks

Wooow, a chieftain that actually can move?

basically, it's a chieftain with a bearable repair cost (aside from other things, but this is the most important aspect of course!)

Glad to see a tank from my country :)

Can't believe Jordan is now represented in the game (I'm Jordanian but with European heritage). Will you add other tanks such as Al-Hussein?