The F-16A Fighting Falcon jet fighter comes as a pioneer of the rank VIII aviation in the game. The ultimate vulture rises up to the War Thunder skies in the upcoming Apex Predators update!

Two projects from Northrop and General Dynamics reached the final of the LWF (LightWeight Fighter) competition to create a new light fighter for the US Air Force. In January 1975, the winner of the competition was the YF-16, developed by General Dynamics. Intense testing continued after the launch of the F-16A fighter into series, and was completed only in 1978. The new generation fighter was designed for Mach 2 speeds and was able to perform maneuvers at 9G overloads, which was even higher than the requirements declared in the competition. The F-16A took her full-scale baptism of fire in service with the Israeli Air Force over Lebanon in the early 80s. The jet fighters were also used against ground targets during Operation Desert Storm. Consistently improving, the F-16A fighters are being produced and modernized to this day. In addition to the United States, a number of foreign countries have become operators of the F-16A Fighting Falcon fighters, including Belgium, Israel, Pakistan, Italy, Indonesia and others. Fighters are produced both domestically and under license. 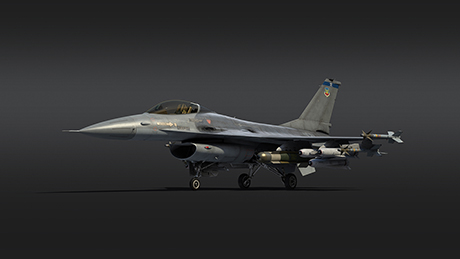 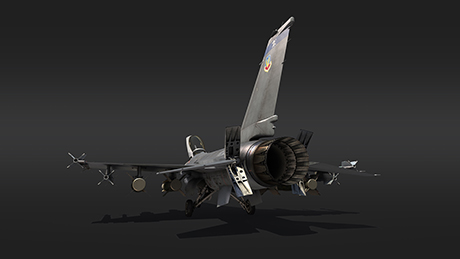 In the upcoming War Thunder update Apex Predators, the supersonic F-16A Fighting Falcon will become one of the first rank VIII aircraft in the game. In various modifications, F-16A fighters will be the new top tiers of the USA, Israel and China.

The key differences of the 4th generation fighters are the double bypass engines with an afterburner and the ability to operate at high G-loads. The F-16A has an excellent climb rate (about 305 m/s with minimal payload) and can climb almost vertically immediately after take off. The jet fighter easily breaks the sonic barrier and at the same time preserves excellent controllability and roll speed, allowing the pilot to perform all basic combat maneuvers. These qualities make the F-16A truly deadly opponent in aerial duels and allow the fighter to evade most missiles.

In addition to excellent flight characteristics, the F-16A boasts very solid ordnance for various combat scenarios. The fighter can be used as a pure interceptor by equipping up to 6 Sidewinder missiles, including the most maneuverable all-aspect AIM-9L. Surprisingly, the light and compact F-16A easily turns into a bomb strafer. The release of 19x500 lb bombs, incendiary bombs and unguided rockets is controlled by a ballistic computer, which makes it easy to attack any ground target in any game mode. However, in mixed battles the “fire and forget” air-to-surface weapons will be the best option. F-16A wields up to four 2,000 lb GBU-8 gliding bombs or up to 6 devastating AGM-65B Maverick missiles. These can operate from high altitudes and at high speeds, leaving the F-16A room to maneuver and defend.

Well, a new king of the sky comes to the game! Will someone dare to challenge this title from the venerable Fighting Falcon? We'll tell you very soon in our Devblog series. See you soon, stay alert!

Stay tuned to the news for what Italy receives in this update.

Maybe Italy gets the Tornado?

even china have one F-16 but not italian?

afaik the italian leased F-16's were the A/B ADF variants, so theyre probably close to coming in but not right now

Traeswayer, The aircraft were delivered between July 2003 and November 2004. This game just can not show the difference between the A and B and these ADF could equip with 7F

China ??? why is China getting a F-16 but not Italy!!! seriously you really must hate the Italian Tech tree

Taiwan is part of the Chinese tech tree, so theyre putting a taiwanese one in there, but I agree Italy should get one too.

Why China gets it but not Italy?

Damn I was actually getting my hopes up for italy to get this, IK italy only got block 15, but I don't think anyone would care if it got downgraded to block 10 capabilities

So released at a premium MI-28 helicopter that the Swedish military tested, The F-16 that the Italian Air Force rented and used will not be released? There are many planes in China, but they're copying and pasting again