The BT-42 is a Finnish modification of the captured Soviet BT-7 tank, outfitted with a new turret housing a high-caliber howitzer. Soon, this highly anticipated and no less iconic Finnish tank will finally be making an appearance in War Thunder as it arrives in the Swedish ground forces tree as part of the “Fire and Ice” major update!

The BT-42 was developed as part of a modernization programme for captured Soviet BT-7 tanks, seized by the Finnish Army during the Winter War. While the Red Army was fielding increasingly advanced tanks, the Finnish Army was forced to resort to its existing stock of vehicles as well any captured equipment. Therefore, to bolster the fighting capabilities of the dated BT-7 tanks in Finnish service, the modernization programme foresaw the installation of a new turret, housing a British 4.5-inch howitzer, provided to Finland during the Winter War.

Between 1942 - 1943, 18 BT-7 tanks were converted into BT-42s. Once the BT-42 entered service however, it quickly became apparent that the original intentions of the modernization would not materialize as planned. Namely, the BT-42s turned out to be quite effective versus light fortifications and thinly armored vehicles, but struggled to effectively engage more heavily fortified or armored opponents on the battlefield. In addition, the increased weight led to a higher strain on the vehicle’s suspension and engine while the recoil of the larger gun often caused the turret to jam.

Due to their low battle effectiveness, the impact the BT-42 had on the outcome of Finnish operations was rather minimal and by July 1944, nearly half were lost in combat. After Finnland withdrew from WWII, the remaining BT-42s were sent into storage and were eventually scrapped in 1951. One example survived and is currently on display at a museum in the Parola Tank Museum. 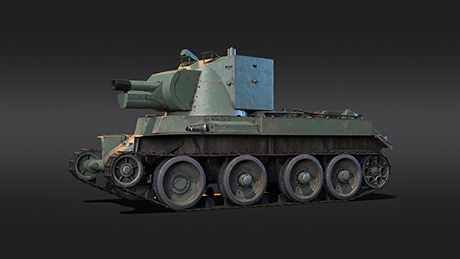 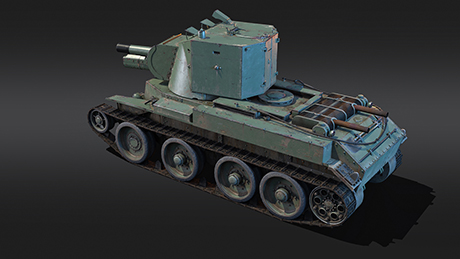 In War Thunder, the highly anticipated BT-42 will soon be joining the early ranks of the Swedish ground forces tree as a new tank destroyer available to all its aspiring commanders. Inheriting the excellent mobility from the BT-7 its based off and combining it with a devastating high-caliber howitzer ensures that the BT-42 will be the perfect tool for the job for tankers fancying more dynamic, and let’s be honest, borderline silly tactics. Let’s take a closer look at why.

The unarguable centerpiece of attention on the BT-42 is its disproportionately large turret which sits in stark contrast to the silhouette of the original BT-7 and thus gives the vehicle its signature appearance. Admittedly though, it does also give off the impression of a miniature KV-2. Aesthetics aside however and more importantly though, the turret is home to the 114 mm Psv.H/18 howitzer of British origin. While its low velocity inherently results in rather poor ballistic performance, this shortcoming is somewhat mitigated by the presence of chemical rounds in the BT-42’s arsenal.

However, as is the case with the original BT-7, the BT-42 only features rather light protection resulting as a consequence of its thin armor plating. Going only up to 20 mm in thickness, the BT-42 can effectively shrug off rifle-caliber machine gun fire and shrapnel while any dedicated anti-tank weapon is almost guaranteed to overmatch the BT-42’s armor and deal deadly damage to the densely packed crew and vehicles modules on the inside. Additionally, aircraft also pose a high threat to the BT-42 as not only is its armor the thinnest on the roof, but the vehicle also doesn’t have access to a roof-mounted machine gun to defend itself from strafing enemy aircraft.

While the BT-42 certainly can’t boast about its armor, its mobility on the other hand is another matter entirely. Inheriting the BT-7’s engine, drivetrain and suspension means that the BT-42 features good mobility, comparable to its Soviet counterpart. However, due to increased weight, the BT-42 does accelerate slightly slower. Nevertheless, the BT-42 is still able to quickly move around the battlefield and pop up in unexpected places, thus catching the unsuspecting enemies by surprise. Aspiring BT-42 commanders can use this ability to both outflank their opponents as well as remain an elusive target on the battlefield.

The BT-42 is making its way to War Thunder ground battles as part of the “Fire and Ice” major update, to the joy of many tankers who’ve eagerly been awaiting the addition of this iconic Finnish vehicle. 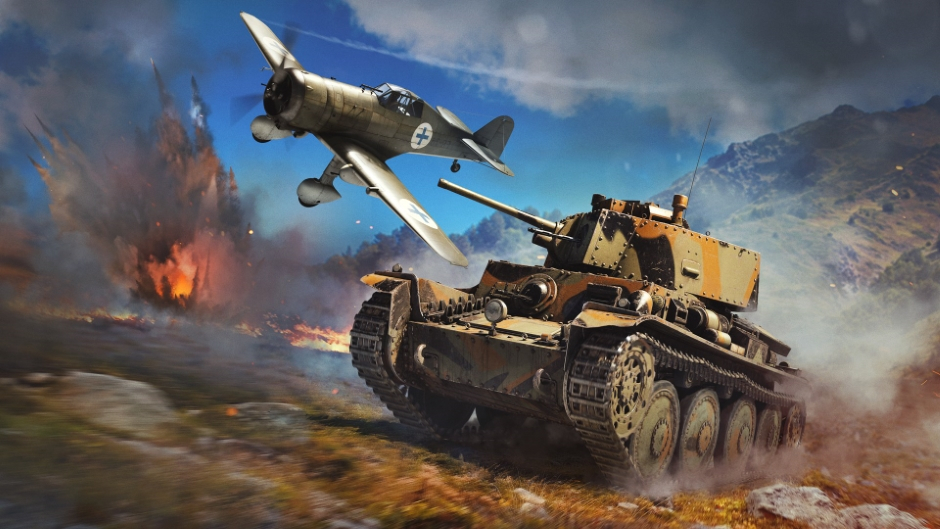 Yes please, i have faith for Sturmtiger, for years now..

O.O I see what you did there XD

i hope Girls und Panzer decal after this one

Helll yea, they should make a collab

This tank has only 2 backing tracks: Sakkijarven Polkka, or Night of Fire.