The M1A2 SEP is the first of a series of upgrade packages developed for the American Abrams MBT in the late 1990s. Coming to War Thunder as part of the next major update “Fire and Ice”, veteran U.S. tankers may look forward to the arrival of one of the most advanced iterations of the Abrams MBT also featuring the TUSK field kit!

In September 1994, just one month prior to the delivery of the first M1A1 HC, which would subsequently evolve into the M1A2, General Dynamic Land Systems was awarded a contract to conduct studies on the development of a modernization package for the upcoming M1A2. The work was intended to study the possibilities of equipping the M1A2 with the latest technology in the areas of firepower, protection and digital assets.

Becoming known as the System Enhancement Package (SEP), the upgrade was envisioned as a whole new production standard for newly produced units as well as being a refit for previously built ones. In 1995, the requirements for the upgrade package were formulated and the production contract was awarded to General Dynamic in 2001, with production lasting up until 2004.

While the M1A2 SEP was still in production, experiences from the US Invasion of Iraq unveiled in 2003 the vulnerability of tanks in urban combat environments. In response to this, American engineers designed the ‘Tank Urban Survival Kit’ (TUSK). It used readily available components to provide a substantial protection upgrade for M1 Abrams tanks, which could be flexibly fitted onto the vehicles by troops in the field, depending on mission requirements. In 2006, a total of over 500 of such kits were ordered and by 2008 all of the M1 Abrams stationed in Iraq were fitted with this modification. 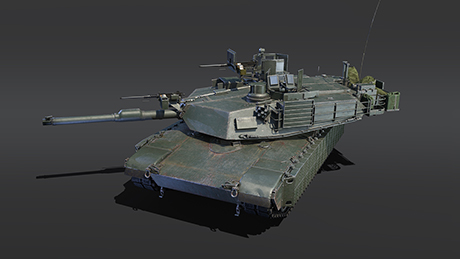 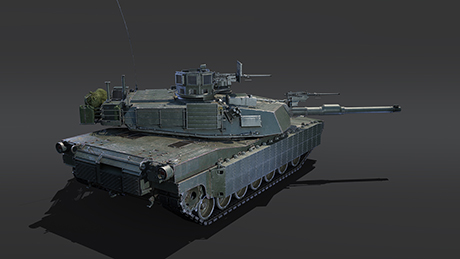 In War Thunder, the M1A2 SEP TUSK will be the new crown jewel awaiting veteran tankers at the top of the American ground forces tree in the next major update “Fire and Ice”. Bringing with it a slew of improvements, predominantly in the area of protection, this new Abrams modification will noticeably augment the platform’s fighting capabilities and will be a ‘must-have’ for fans of modern ground vehicles!

Although simply being a further development of the M1A2 Abrams, the SEP upgrade package provides the vehicle with several handy improvements, including an improved thermal vision. However, what likely already stood out to tankers on the pictures provided in this devblog, is the ‘TUSK’ kit fitted to the vehicle. So let’s get into more details on this then, shall we?

The TUSK kit significantly improves the M1A2’s protection in urban fighting environments. While originally designed to improve protection and survivability against infantry threats in close quarter fighting, this doesn’t mean that the kit is useless in vehicle combat! Namely, the TUSK kit provides the M1A2 with ERA blocks on the sides of the hull. As a result, the M1A2 SEP is more likely to survive an ATGM or HEAT-FS strike with only minor sustained damage.

However, due to the increased weight that comes with the installation of the TUSK kit, the M1A2 SEP’s power-to-weight ratio decreased accordingly. As a result, commanders should expect the vehicle to respond a bit slower to movement commands compared to previous modifications. On the other hand, this won’t impede the vehicle’s mobility to such a great extent. Lastly, the M1A2 SEP still retains its classic M256 120mm smoothbore cannon as its primary armament, known to tankers from previous modifications.

The M1A2 SEP TUSK will soon be arriving at the top of the American ground forces tree as part of the next major War Thunder update “Fire and Ice”. In the meantime, be sure to keep an eye out on the news for more sneak-peeks into what the upcoming update has in store for you. Until then, happy hunting tankers!

You mean the AIM?

nice im gonna get this tank when im dead

Wonder if they will give the armour package decent values like russian ERA or just make up numbers that make no sense like the challenger 2 NERA that is visibly twice as thick as previous NERA for the same armour and 10 tonnes of weight...

If you all don't add D.U into the hull, im having general dynamics pull your abrams card.

Everyone gets something good and better except Germany? To make it worse now, there will be more leopard 2a6. As a result, Germany will no longer have the exclusive on leopards, and I don't like that. I want a nation that is unique. If everyone has the leopard 2a6, it loses value.

This and Finland, best additions possible for the fall! (Still wish for some more next gen jets tho)

My guess is that it only get's the A2 since otherwise, I think it will be too good ngl.

It’s BEAUTIFUL! I had been looking forward to this since “New Power”… however, I’m afraid I’ll pass this time. Top Tier stock grind is too unbearable for me to bother with it unless it’s addressed. (500,000 RP to spade a tank with zero electronics available, no pets or FPE and a shell that is unfit for MBT combat since most of these have 270° protection against it). Still a beautiful sight, and hey, there’s always hope that this issue will be addressed.

I have just seen in the Dev Stream it will have Tier 1 APFSDS! That’s definitely good news…

The TUSK better be a modification like every Russian top tier tank has, or are you nerfing its mobility like the Stryker with forced unremovable armor?

What a double standard lmfao, russian top tier tanks are usually unusably bad without its ERA, while the nato tanks are all but. As a person that has grinded Germany, Japan and the Russians I have to say that calling the community blind and ignorant is simply an understatement. I hate to be so blunt but like, dude, aMeRiCa SuFfErS.

My absolute favourite MBT, yay!! (Now to wait 3 years until it's no longer end of the line, as the spade costs of end of the line is just RIDICULOUS)

Cant wait for the Leo 2A7 and the Bismarck :D. Puma with add-on Missiles wouldnt be so bad too

oh my god please no. 2a6 and scharnhorst are already the top dog, and the PUMA without ATGMs are already strong as hell if not annoying

feels like the Tech tree arbrams will need to be folded together at some point because they're all in line. and not split up through multiple trees like the t72s and t80s for russia. Example if you dont have any abrams tanks you will need 1.7 million RP just to be able to start researching the m1a2 Tusk

COOL! But the original TUSK 1 kit had a rear mounted cage slat armor to protect the engine of the tank... where is it? It was deleted later but was in active service in Iraq, would be cool to see it. (also having the mine plow would be pretty cool, even if it doesn't do anything)

Wooooo that's what i've been waiting for

That's what it's all about

Such an iconic update. This is a legendary vehicle and was so, SO needed for the American tech tree. Well done on this update so far.

time to grind myself into hell again....yay

Why isn't this a researchable modification? Like the T-72s upgrade package.

Isn't it supposed to have two antennas ? It seems one of them is missing xD

well that could come in this update the mig 29 or su 27, a better battleship and even the Project 82 Stalingrad.

Is the base armor actually going to be improved? The SEP package added a better DU armor components. Does both gunner and commander have gen 2 thermals? Ugraded DU Chobham composite armor should help against the 125mm APFSDS.