In this digest we would like to tell you about our continuing work on improvements and fixes in the game. You can find information about all updates that have been released in War Thunder on the website special section. 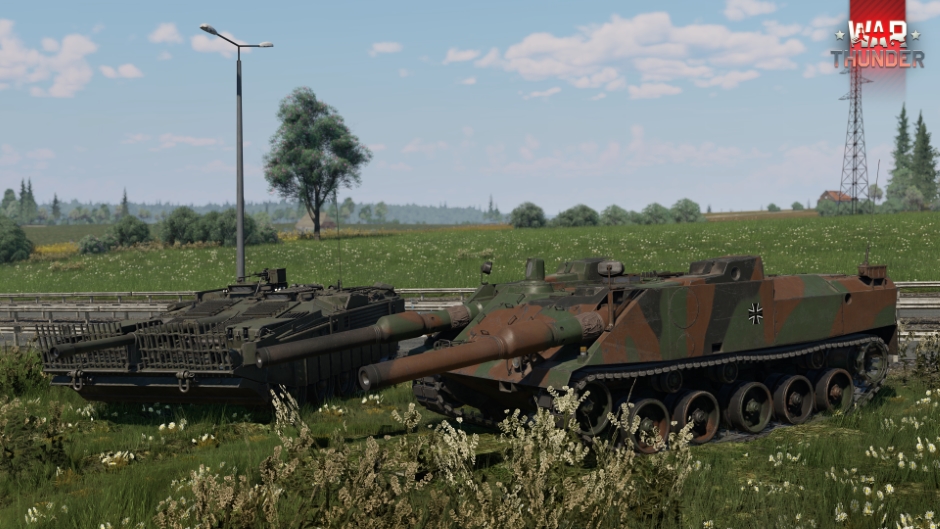 We have completely reworked hull aiming mechanics, which is used on such unusual vehicles as the Swedish Strv 103-0, Strv 103A, Strv 103С and the German VT1-2.

Without going too deep into details of all auxiliary systems involved, we’re pleased to inform you that hull aiming has become smoother and much more precise in all gaming situations, including aiming from slopes!

It’s time to dust off these outstanding pieces of engineering and bring them back into battles.

For correct hull aiming mechanics, don't forget to update your game to the most recent version.

Back in 2015 in pursuit of realistic armour piercing mechanics we simulated the effects of shell normalization and denormalization, i.e. rotation and deviation of a round when hitting armour. Armour penetration cards were supplemented by penetration values at different angles. These mechanics are quite complex in practice, and depend on the calibre of a round and thickness of armour.

An example of the denormalization effect. A round is declined and had to overcome even thicker actual armour than so called “effective armour”.

The mechanics worked perfectly in the game, and have only been improving since then, but there was a tiny flaw in the info cards of shells. the armour penetration value displayed only for a fixed calibre-to-armour thickness ratio. And this is important! The thicker armour is, the longer a projectile is affected by normalization/denormalization, which deviates it from a normal trajectory, making it deal with thicker or thinner actual armour thickness.

Info card of the BR-471B before and after the recalculation of armour penetration algorithm for different impact angles.

Accuracy is important! Therefore we have completed the refinement of formulas to calculate armour penetration values of calibre projectiles at different angles of impact in shells cards - now they are completely equal to those in War Thunder battles. Yes, armour penetration calculation in battles worked well and correct from the beginning all the time.

An important point. All physical peculiarities were most clearly reflected in the infocards of calibre armour piercing rounds, since they are mostly affected by the normalization and denormalization phenomena. A shaped-charge or, say, high-explosive rounds ignore the above-mentioned forces when hitting armour.

Learn more about different behavior of shells and the purposes of their designs in our wiki. 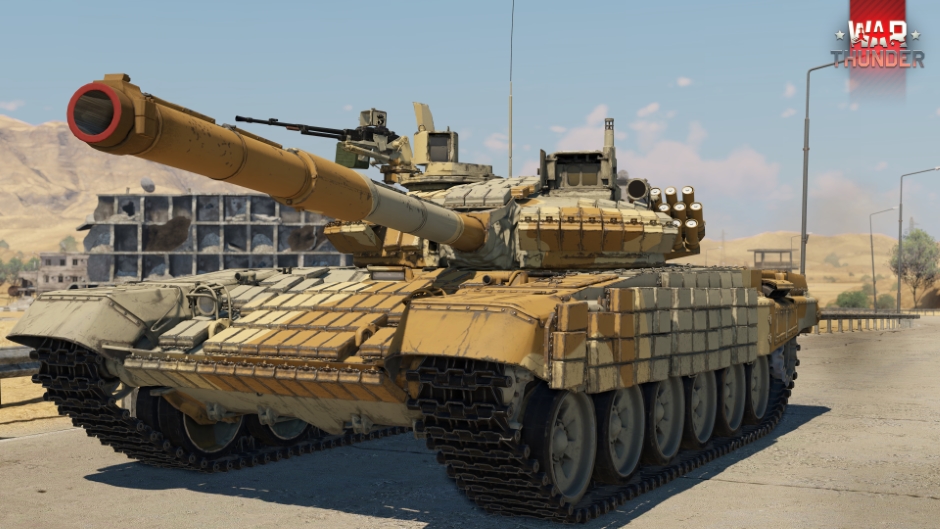 You may have encountered this bug when actively using various enemy detection tools - night-vision devices, thermal imagers, gunner's and commander's sights. Sequentially switching between them, you could completely lose control of the gun.

The naughty bug was found and fixed. Use the game mechanics with confidence!

Damage to the crew

This change is not so much a bug fix as a refinement of the existing projectile impact mechanics.

In some cases, after breaking through the armour, a shell that got into the fighting compartment might not cause damage to a crew member or any module and, at the same time, disappear at the impact point. This picture looked as if the crew member had stopped a powerful projectile, but in reality, a much more complicated situation unfolds.

This situation arose due to the loss of stability of a projectile, a parameter that falls when the projectile penetrates various obstacles, ricochets, armour itself and the distance traveled after breaking through or ricochet, including through the fighting compartment (where there is equipment, chairs, various partitions, etc.). If stability is completely depleted, the projectile will stop dealing damage and disappear on the hit camera. This, for example, can more often occur when it hits the fuel tank and is perceived by the viewer as a shell dissolved by this very fuel tank.

But in the case of hitting live crew members, this behavior was incorrect and we fixed it for calibre and sub-calibre armour-piercing rounds. No more shells dissolved by crew, and you now know better about the penetration mechanics in War Thunder.

There are many fine gameplay settings in the game, including an option of “Vertical aiming block by braking”. This feature allows you to block the vertical guidance of a gun to prevent rocking of a gun on some vehicles when braking.

Due to an error this function might work incorrectly while using separate brake controls - right or left. The bug is fixed, good hunting! 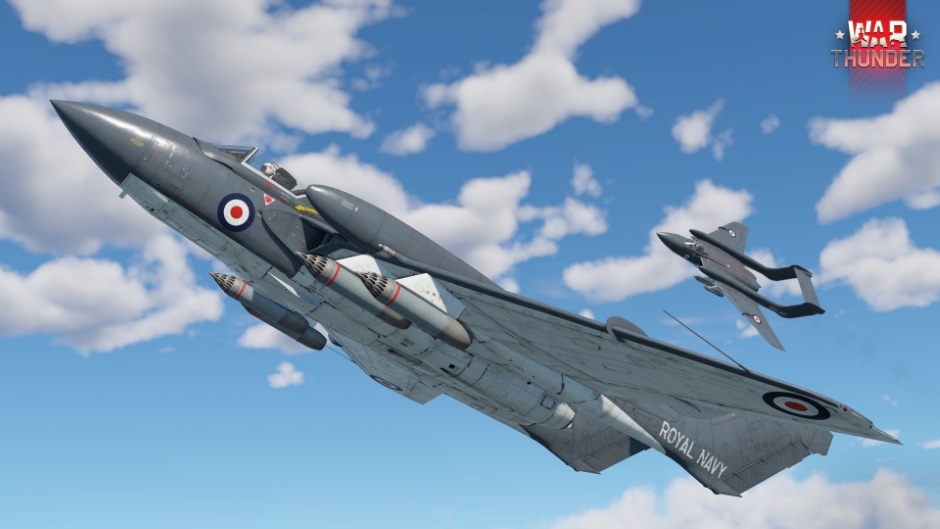 No one likes deserters, and combat-able players get temporary crew lock by leaving a battle before time. But until today, the punishment might be imposed even if all your vehicles in the respawn window were listed as too expensive for Respawn Points (RP). Why did this happen?

Secondary armament and armour piercing belts on aircraft increase the respawn points cost, but upon leaving the battle, the punishment was imposed at the cost of an aircraft, excluding suspensions and belts.

Now, your choice of the main weapon for a particular aircraft will be taken into account, and if you initially selected specific suspensions in the hangar or used them in the last battle, then in the next battle you will not be punished when leaving the battle in case of a lack of RP. Succession your battles and try not to let your comrades down.

For this digest we have prepared a large set of useful fixes and game improvements. Be sure to read the full list which we have prepared in the separate changelog - there are many interesting things.

Once again, many thanks for all your bug reports that you submitted in our bug report section on the War Thunder forums.

Commenting is no longer available for this news
Rules
pancake_addict
1

i have two question. if something happens irl that makes you have to leave when you're in the middle of a battle. do you get punished for that to?. another thing. in the latest Major update or in one of the "it's Fixed" you talked about accidentally joining a battle even if you click "Cancel", that problem still exists. it happened to me a while ago when i was doing something. i clicked "cancel" and still got put into a battle.

I am specially glad to see the polishments on crew damage!

I have played 3 games with the Strv 103, and its even worse now. It is fine in the test drive arena, BUT, it jerks violently to the left and resets itself, then repeats this over and over again in realistic battles. Gaijin, please actually test vehicles in battle, and not the test drive in hangar, its not the same. The patch notes above speak about how its finally fixed after so long.... aaaaaand its not. Its worse, way worse

This really bums me out if what you're saying is true. I tried my Strv 103-0 and VT1-2 in the test drive and they worked awesome. I didn't have time before work to try them in battle but was really looking forward to finally being able to use them again.

WARNERwinsGAMING, test drive has NEVER confirmed anything EVER. It does seem to make corrections faster, and they appear to be smaller. But it is still doing exactly what it always has jerking all over the place before zeroing. It just does it smaller, and take about a third the time, usually. You can still expect to have a hard time tracking a tank.

Nice to see naval EC back, but is it working correctly? For every enemy ship we sunk, we lost points :O

The IR spot light of R ussian tanks is broken, please fix it!!