The Yak-28B front-line bomber will become the fastest Soviet jet bomber at the time of its release.

In 1956, the Yakovlev Design Bureau began work on an improved version of the quickly in low numbers produced Yak-26 aircraft that did not suit the military for a number of reasons. According to the requirements, the new Soviet front-line bomber was to be able to carry up to 3,000 kg of bomb load, have equipment for delivering a nuclear bomb and be equipped with very powerful engines for its time, which would allow the aircraft to accelerate to speeds of more than 1500 kph with afterburner and reach a height of 16,000-17,000 m. The task was not easy, but possible - the design team eliminated the initial problems of the Yak-26 design, adapted the new aircraft to accommodate more powerful engines and expanded the bomb compartment for an increased bomb load.

The prototype, built on the basis of the Yak-26, took off in March of 1958. After improvements and the construction of two more prototypes, the new jet bomber went into production under the Yak-28 index. A little later, in 1960, a version of the aircraft with a radar sight and a 23mm cannon appeared that received the designation Yak-28B. In total, over the years of production, more than 1,150 aircraft of the Yak-28 series were produced, where bombers were not only built, but also electronic warfare aircraft, reconnaissance aircraft, training modifications and even interceptors. 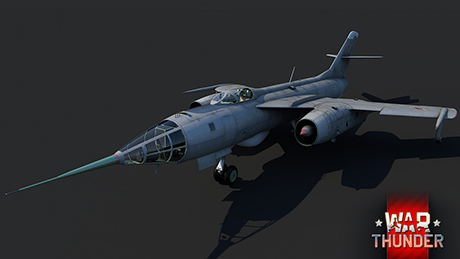 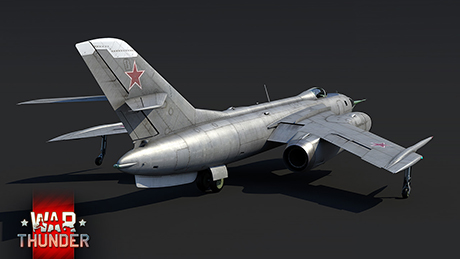 The Yak-28B will become the new top tier Soviet jet bomber, and will occupy rank VI of the Soviet tech tree. After the robust, but not fast enough IL-28 and Tu-14, the new aircraft will seem like a space rocket: even with maximum load, the Yak-28B is able to break the sound barrier, but only at high altitudes. At ground level with low bomb loads, the bomber quickly accelerates to speeds of over 800 kph, so after an initial bombing attack from height, the aircraft has a good chance of making one or two more raids per battle in RB. It should be remembered that this bomber has a rather fragile structure, due to powerful engines and the large bomb load, only simple maneuvers are acceptable here, and it is also advisable to avoid afterburner on takeoff.

The set of mounted weapons contains only bombs, and only in the bomb bay: a choice of several calibres of up to 1x3,000 kg and a more universal 2x1,500 kg. Offensive armament of one 23mm cannon with only 50 rounds of ammunition is clearly not enough for hunting other aircraft, but it is better to have at least something just in case. What the Yak-28B really lacks is defensive weaponry. Not once or twice, whilst escaping from an enemy fighter, we will fondly remember the powerful rear turret of the trusty old IL-28! The aircraft however, is equipped with flares that drastically increases its chances for survival.

What's the bottom line? The Yak-28B is a high-speed bomber with a good load and universal bomb presets that can be taken not only in aircraft, but also in mixed battles. A reasonable addition to USSR aviation at rank VI for solving purely bomber tasks. The Yak-28B and many more amazing combat vehicles, as well as new features will be waiting for you in the upcoming major update in War Thunder. Read about the most interesting ones on our devblogs on the website and in social networks. See you soon!

Commenting is no longer available for this news
Rules
NoahHuls
18

Mother protect me for I am scared

Or any of the British or American demolition bombs

Any chance for getting the Yak-28P as well?

Dozer15, And what? Play them less than 10 battles?

Nice plane. I hope that we will get soon his interceptor brother.

AND, i hope they add M60T.... TAM 2IP(new pre) and M60T have similar turret design.... so, we can understand they are capable of designing M60T turret.. please look M60T WT forum topic, vote and comment...

modern_primat, I just downvoted for this two trashes, I hate tanks !

Is there any plans for rank VI or VII bombers such as the Vulcan in the future or are there no such plans yet? :)

from the looks of this dev blog, the tier 6 bombers are arriving and i'd love to see the vulcan as its had a model for years now but nothings been done about it over gaijin's fears that it would be too fast for fighters to catch.....

oed1234, Yh its gotta change soon tho as vehicles such as the Vulcan are huge parts of aviation history.

Would have preferred if you added the Yak-28P instead (or both simultaneously), could have been a nice premium analogue to the Sea Vixen)

Definitely, could also throw the F101B into that group as well

Interesting bomber, I bet this would be challenging for the FOLLAND GNAT to catch. Speaking of which....

Noice. But when will we see TGP mechanic and smart weapons?

You do not need smar weapon if you have smart operator :P

Its russian thinking why you need smart bomb when you have 3000 kg bomb, and with addition of new AA, on top tier you do not have too much options like in low altitude drop 3k bomb and run :/. Joust play mid tier, top still is in Alpha/Beta state.

Saliuszyn, he is clearly joking don't you see? you don't need to show your racism to everyone