Briefly: A Finnish SAM vehicle developed during the 1990’s and fitted with the advanced French Crotale NG missile system.

Development of the Crotale NG missile system began in 1986 when the French Thomson-CSF company signed an agreement with the American LVT company to develop a new high-performance anti-air missile under a joint venture. The result of this undertaking would be the development of the VT-1 missile, while the complementary new launch platform would become known as the Crotale NG.

By design, the Crotale NG missile platform was modular, meaning it could be fitted on a number of different chassis with only minor modifications having to be made. In the late 1980’s, Finland was seeking to procure a new mobile SAM system. As a result, a subsequent agreement with the French manufacturers was signed in 1988 which saw the modification of the domestic Finnish XA-181 Pasi 6x6 chassis into a mobile SAM unit, outfitted with the Crotale NG system.

The first prototype of this vehicle was produced in 1990 and immediately underwent testing with the Finnish military. After successful tests, an order for 20 production vehicles was placed, all of which were delivered to Finland by 1993 and subsequently received the official designation ITO 90.

In 2007, the ITO 90s underwent a modernization program in which all vehicles received the Cathrine XP thermal imaging device by the French manufacturer Thales. These upgraded modifications received the designation ITO 90M. In total, 21 ITO 90M’s were built, of which all still serve with the Finnish armed forces to the present day. 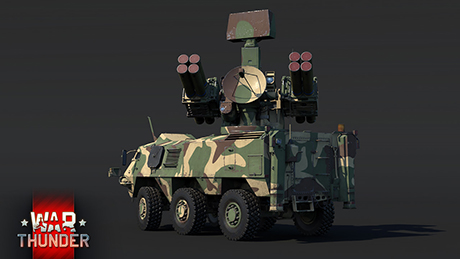 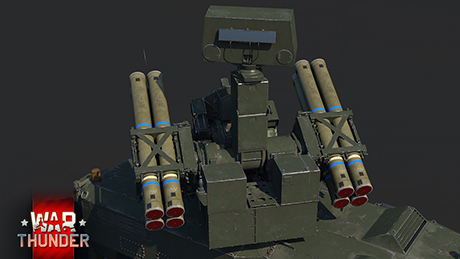 In War Thunder,  the ITO 90M will be a new SAM vehicle arriving in the top rank of the French and Swedish ground forces trees with the release of the next major update, Red Skies. Equipped with the Crotale NG launcher and firing the deadly VT-1 surface-to-air missile which some unlucky pilots may already had the misfortune of encountering in battle, the ITO 90M is destined to soon make the skies a lot safer for its allies on the ground with its arrival as part of the upcoming update!

As already mentioned, the ITO 90M is equipped with the French Crotale NG missile complex, which exclusively uses the highly capable VT-1 SAM’s already familiar to some tankers from the FlaRakRad, introduced in a previous update. Unlike its German counterpart however, the ITO 90M features a twin quadruple missile launcher and only carries the eight missiles already loaded in the launcher. Although this means that tankers won’t have the ability to independently reload their weapon during combat, the high effectiveness of the VT-1 missiles should ensure that commanders of this machine will have the chance to down a number of hostile airborne targets before running out of ammunition!

Being a wheeled vehicle, the ITO 90M may give off the impression of possessing excellent mobility. In this case however, the first impression may be a bit deceiving. Although the ITO 90M is capable of achieving a top speed of 95 km/h on roads, its average top speed in off-road conditions is reduced by more than half. This is mainly due to the ITO 90M’s rather lackluster 236 horsepower diesel engine, resulting in a rather poor 10 hp/t power-to-weight ratio at a combat weight of 23.5 tons.

The vehicle’s armour is suitable for protecting the crew and modules from shrapnel and rifle calibre ammunition, while direct hits from even heavy machine gun and autocannon fire will almost certainly cause damage. Aside from very light protection, the ITO 90M - thanks to the Crotale NG missile launcher fitted on top of its hull - possesses a very large profile, especially with its radar dish extended. As such, tankers would be ill-advised to take the ITO 90M to the front lines, but should instead focus on positioning themselves more in the rear, away from the heat of combat and ensure a good coverage of the surrounding airspace.

The ITO 90M is coming to the top rank of the French and Swedish ground forces tree with the arrival of the next major War Thunder Red Skies. In the meantime, be sure to stay tuned to the news as we continue unveiling more interesting features awaiting all players in the upcoming update. Until then, happy hunting tankers!

Commenting is no longer available for this news
Rules
Sodanjumala
17

I rarely comment but it really bothers me that ITO 90M is for both Sweden and French considering that it has never seen French. Fench weapon system or not, French also has weapon platform based Crotale.

France doesn't have any domestic examples of the VT-1 Crotale system in a singular self powered vehicle. They were all trailers that needed to be detached and deployed or a team of vehicles that had different equipment on each. The weapons system in this platform is the French VT-1 Crotale, just it's on one of the best platforms it's been mounted too.

the french community is incredible, you asked for a weapon system and gaijin gave it to you and you still have the audacity to complain? you trluly are the gratest form of annoyancy in this game, go cry to your minister of defence next time

_Reardon_, yeah...but you know, it is now like giving Germany M1A2 because it use Rheinmetall Rh-120/L44 :( It is sad, because France could have a unique variant and it gets copy and paste stuff :(

TankerDman, AGM-78B is more of a contemporary to the KH-58 than the Shrike. The shrike didn't have a broadband seeker and thus had to be tuned on the ground to a specific radar band and couldn't target other systems than that radar band

ah, so it's indestructible.

Yeah, another great copy-paste addition to the French tech tree - it's not like there are alternatives that people have repeatedly pointed out at the forums, but it is easier to copy-paste.

this is why people hate french players, all you do is complain even when you get a new radar aa

Will there be any more WW2 tanks or planes added? Also yay another French SPAA for me : )

Outside of the already shown vehicles, its POSSIBLE the German Elephant and StuG IV are coming due to leak list. and mikegoesboom said nation with "bad transmissions and heavy vehicles" and guess what nation that has.

Capt_JamesTKirk, "Bad transmissions and heavy vehicles" can also be applied to WWII Britain to be honest

Ushatek, but they are both Premium so not really

"oh no my CAS has to suffer, quick add the next power creep right away, i don't want to wait for the next update or the update after that, to get it"

Jsaac4000, the longest range effective guided weapons we have in game that can be mounted on planes is the AGM-65, other nations don't get anything. nords, Kh-23s and bullpups go out of render distance at those ranges, making them impossible to aim.The range of the AGM-65 is ~6km, whereas most top tier radar SPAA reach 10-12km. SPAA don't have to leave spawn to shoot down planes; on most maps they're completely immune to tank fire thanks to poor map design, and planes can't get within a 10km radius of spaa