A legend of the Soviet Black Sea Fleet, the ship that entered the battle during the very first days of the German invasion - Voroshilov light cruiser!

The light cruiser Voroshilov is one of the cruisers of the Project 26 (Kirov class), was laid down in 1935, launched in 1937, and in 1940 joined the Soviet Black Sea Fleet as flagship. Like other cruisers from the project, it was a deep modernization of the Italian cruiser Eugenio di Savoia, with significantly better firepower and hull strength. Voroshilov saw combat literally in the first days of the Nazi invasion of the USSR, assisting the attack on the oil silos of the Constanta, Romania in June 1941. Later that year she shelled the accumulations of German military vehicles and personnel in the Perekop region. During WWII, Voroshilov took an active part in combat throughout the Black Sea, and was several times damaged by shelling and enemy aircraft. For her courage, the cruiser was awarded the Order of the Red Banner. After the war, Voroshilov continued to serve in the Black Sea Fleet of the Soviet Navy, going through several stages of modernization. The cruiser was decommissioned in 1973 and later scrapped for metal. 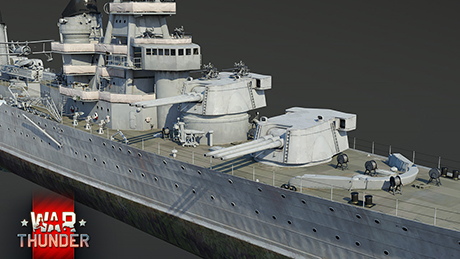 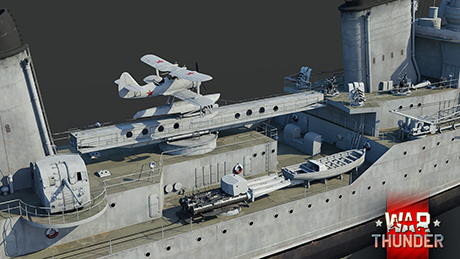 In our game, the Voroshilov light cruiser will become a reward for participants of the new season of War Thunder Battle Pass. The new ship is in many ways similar to the lead ship of the series - the cruiser Kirov, which is already quite familiar to commanders of War Thunder's bluewater fleet. The main guns of the cruiser are 9 180mm guns in three turrets. In addition to HE and AP shells, commanders will be able to research semi-armour-piercing shells that are very useful for effectively fighting other light cruisers, as well as shells with a remote fuse. The main battery guns are supplemented by 6 100mm universal guns, that won’t leave the cruiser defenseless while the main battery reloads.

The advantages and disadvantages of the Voroshilov are pretty much the same as those of the lead ship: a powerful 180mm main calibre with a good choice of shells, but rather slow reloading, fairly good speed, torpedo launchers and light protection. The main difference in Voroshilov is a more numerous and quicker firing AA battery of small-calibre guns: 13 37mm autocannons, supplemented by 12 heavy machine guns in quadruple and single-barreled mountings. Cruisers in this series are highly vulnerable to aircraft attacks, so such an increase in air defense truly comes in handy.

The new light cruiser Voroshilov is a good addition to the bluewater fleet of the Soviet Navy. For some, it will become a reinforcement for any already researched cruiser setup, and for others - the first large ship and a pass into battle with sea giants.

Voroshilov is one of the prizes of the upcoming season of the Battle Pass in War Thunder; and like other event vehicles, it will become yours by completing simple in-game tasks. Follow our news and wait for an announcement about the new season with the details. See you soon!

Commenting is no longer available for this news
Rules
CleverNameGotBan
4

Okay I have a few gripes with this being the BP vehicle. 1. All previous BP vehicles were premiums and I really think this should have been too unless this is the free vehicle within the BP 2. We already have 2 other Kirovs (Kirov and Maxim Gorky) and Gorky was used for last summer's event and it hardly had any significant differences between herself and Kirov, now Voroshilov by adding extra AAA makes Gorky irrelevant and only useful as a backup. Gorky should have received the better AAA suite.

Gaijin, your "free to play game" is getting really expensive.

I understand people not happy about the fact that it is not a permium, but im concerned about the cute little biplane it carried, can I have this in air TT gaijin?

Yes, give us this little Be-2 to aircraft tree :)

Would be nice to use this in Naval EC

Could we get some more modern day Frigates and Destroyers? Such as the Type 21 or 22 for the Royal Navy?

At least we could see what happens if they would face a Brooklyn class cruiser aka Almirante Belgrano. No submarines in WT :-D

I'd rather not. Both only get a single 4.5 inch gun and a couple of 20mm guns. They really aren't going to work unless naval becomes everyone purely throwing missiles at each other (even then, given how things work the missiles won't be stock) at which point I'm no longer playing the game mode.