The Polish Leopard 2PL main battle tank is a new squadron vehicle that will be available after the release of the “Ixwa Strike” update.

The Leopard 2PL is an ongoing joint project for the modernization of the Leopard 2A4 tanks in service with the Polish army, currently being carried out by the German company Rheinmetall AG and the Polish state-owned Polska Grupa Zbrojeniowa. The aim of the program is to improve the combat efficiency of the elderly Leopards to 3rd generation plus level  main battle tanks.

The main areas of modernization are improving the tank's protection and firepower. The Leopard 2PL has additional modular turret armor (forehead and sides), enhanced protection of the gun mantlet. On the turret’s rear, massive boxes appeared, which under some circumstances can work as spaced armor for protection against HEAT shells. The L44 cannon remains the same, but the upgraded fire control system has modern thermal imaging equipment and is adapted for firing more powerful rounds. Since the power plant and chassis of the Leopard 2A4 remained unchanged, the additional protection of the hull had to be abandoned, as the weight of the tank approached 60 tons. In total, 128 Leopard 2A4’s in service are to be upgraded under the Leopard 2PL program. 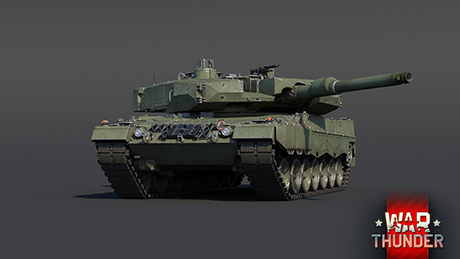 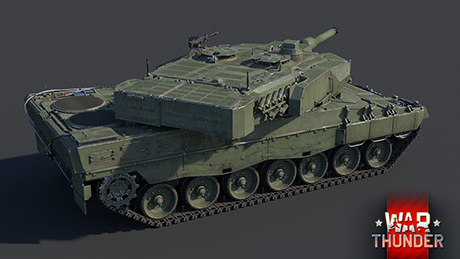 In War Thunder, the Leopard 2PL will become a new squadron vehicle and will appear after release of the “Ixwa Strike” update. The add-on armor modules on the turret significantly improve the tank's resistance to hits from  HE and to a lesser extent kinetic projectiles, and the upgraded fire-control system will allow the use of advanced rounds: the new to the game programmable high-explosive fragmentation DM11 projectile and the effective DM33 APFSDS shell.

The Leopard 2PL fire control system has all major features of modern main battle tanks: a high-quality stabilizer, night vision devices, a thermal imager and a laser rangefinder. Unfortunately, due to the high weight of the turret's armored modules, the hull armor of the Leopard 2PL remained unchanged from the 2A4 version, making it vulnerable to almost any hit in the hull, especially from sides.

The Leopard 2PL will be a squadron reward for battles after the release of the War Thunder update "Ixwa Strike". Follow our news for more details!

Commenting is no longer available for this news
Rules
BeriY_
51

This is an appalling waste of a good tank, given to a tech tree that absolutely doesn't need it.

I do like to see the Object 195 being added to Russia (behind the T-80U). That thing would be sick. https://en.wikipedia.org/wiki/T-95

Comett, I would also want to see the T-14

Yes, poor Germany doesn't have enough good top-tier MBTs so lets give them ANOTHER Leopard 2 as well as the best AMX-13 and oh, while we're at it, another battleship. Germany does not need this! This is just a blatantly unbalanced addition.

Just keep destroying top tier balance. It's ok, as long as german mains are happy, because that's all that matters apparently.

1st yes, germany has more then enough toys atm. 2nd the "AMX13" is an Austrian Tank which used a French turret, since Austria more or less is lower Germany there is a reason they get it. 3rd its complettly normal that Nations like US RU and GER get the most stuff, reason is very simple, not only do they have the biggest playerbases but the countrys are known for building alot of Military equipment. Im a main UK player but UK cant really get much on there own, luckily they get SA now but thats it

Emperor_Hood, "since Austria more or less is lower Germany" This has to be one of the most retarded statement I've read today. Sir you win the Grand Prize, congratulations

did Germany need this ? no is the answer

Nope, most unnecessary addition of this update.

at least they didn't steal it from another nation

Machin_10, bro if they give the pt91 twardy to ge i will be soo upset

Could've had their own tree, nah, give Germany more. Totally unnecessary.

Dozer15, No they,couldn't stop this poland nonsense Yugoslavia has enough for their own tree NOT poland

Say what you want about this whole "Germany getting another Top-Range MBT" controversy, but this tanks looks absolutly stunning!

Russia has a billion top MBTs already, only fair other nations get at least a million too

So much for "introducing more effective MBT's from other nations to the game, similar in efficiency to later versions of Leopard 2."

This addition is despicable. Absolutely unnecessary and a complete disregard to balance. If you want lower win rates, nerf the Leo's, don't add more.

RobyeonHathorian, I think germany needs only one 2A7 only with better gen. thermals, same round like 2A6, (mby mobility of 2A7 is better but idk)

That's some good Leopard 2A6 counterpart you got there!

The first Leopard 2PL tank delivered to the Polish military units was on May 2020. Its not even a year old. Also there's the negotiation going on with South Korea, for a Polish K2 Black Panther: K2PL. Poland should've gotten their own tech tree.

Raiden_Black, Alright next patch we all wish for a luxenburg tech tree, poland has some options but it would be thin at least semi copy paste tree like china that will lack good unique tanks

Jokes aside, I'm happy to see it at least get DM33, as oppossed as the unrealistic previous apparent DM23 choice.

SPANISH_AVENGER, DM33 isnt needed. DM23 still gets job done, now toxic non ger players would complain it is OP. And gers will later too because ger vs ger teams.

i'll say it so everyone doesn't have to "Germany suffers"

Thanks Gaijin. Just give Germany the K2 and the T14 too. What is wrong with you? It just shows how little you care about balance, and how much more you care about money.

Ah yes, giving free tanks is "caring about money". Stop with your toxic nonsense. This is a balanced edition too. Grow up, stop being toxic.

RazerVon, Oh, so adding another copy+paste leopard to a German lineup with an 80% WR already is a "balanced addition" (note its not "edition" as you put it).

At this point a wheraboo could be blind deaf and dumb but still take 1st place. Easiest tech tree in the game propped up by unnecessary additions of technology to stroke German mains even more.