The Ratel ZT3-A2 represents the ATGM carrier modification of the Ratel family of wheeled fighting vehicles and represents the last major variant of the popular ICV series. Soon, this formidable bush predator will join the fight in War Thunder as it arrives to the top ranks of the British ground forces tree as part of the brand new upcoming South African subtree in update “Ixwa Strike!

In the early 1960s, the South African military already identified the need for anti-tank missile capabilities. Subsequently, this led to South Africa procuring the MILAN ATGM in the early to mid 1970s. However, early use experience with the MILAN highlighted the weapon’s unsuitability for the African tropical conditions.

Being a wire-guided missile, the MILAN’s control wire had a tendency to get caught up in the thick African bush and get severed, causing the missile to go off target and making engaging moving targets even more challenging. As a result, the decision was made to procure a laser-guided missile. However, as international arms embargoes were imposed on South Africa, simply acquiring an existing weapon off the export market wasn’t possible. Therefore, South African engineers at the Kentron company went about designing their own laser-guided ATGM in the late 1970s.

The result of this undertaking was the creation of the ZT3 missile system. By the time the ZT3 system had been ready for production in 1986, plans were being drawn up for a modified Ratel 20 housing the newly developed ZT3 missile launcher in a modified  Ratel 60 turret. The modified Ratel with the ZT3 missile system was developed in order to supplement the Ratel 90s in anti-tank operations as the latter often struggled to engage heavy armor in direct combat.

The Ratel ZT3-A1 entered production in 1987 and around 90vehicles of the type had been built by 1993. The ZT3-A2 was introduced in 2008 and continues its successful operation with SANDF units till the present day. 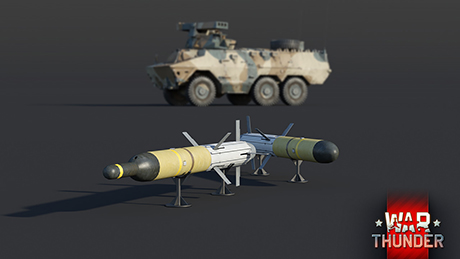 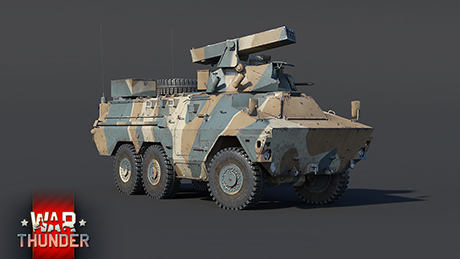 In War Thunder, the Ratel ZT3-A2 will be a new ATGM carrier arriving to the top ranks of the British ground forces tree as part of the new South African subtree, coming to the game with the release of the next major update. Combining powerful tandem shaped charge ATGMs with very good mobility, the Ratel ZT3-A2 will soon become a deadly force to be reckoned with at high tier ground battles while at the same time giving seasoned British tankers access to one of the fastest new missile carriers in the game!

Being based on the chassis of the nimble Ratel ICV, the Ratel ZT3-A2’s arguable biggest strength lies within its great mobility. Powered by a 282 horsepower diesel engine, the Ratel ZT3-A2, much like its differently armed siblings, can reach a top speed of 105 km/h on paved roads, while the overall mobility drops noticeably in more inhospitable terrain due to the Ratel’s rather mediocre power-to-weight ratio.

While possessing good mobility certainly is a more than welcome characteristic of any combat vehicle, mobility alone rarely brings destruction to your enemies. Thankfully, the Ratel ZT3-A2 is equipped with a three-tube missile launcher firing either the ZT3A1 Swift or ZT3A2 Ingwe ATGMs.

The Ingwe missiles, aside from possessing impressive penetrating power, also feature a tandem shaped-charge warhead meaning the missile is able to bypass the additional protection offered by ERA type armor, thus increasing the Ratel ZT3-A2’s effectiveness against many of the more advanced vehicles found at its rank. However, it’s worth noting that the Ratel ZT3-A2 can only carry a total of 12 missiles; three pre-loaded in the launcher with another nine stowed inside the vehicle. As a result, aspiring commanders of this vehicle ought to carefully aim their missiles as otherwise, they may run out of ammo much sooner than they think!

However, as with the other variants of the Ratel, the ZT3-A2 modification also fights with the same issue of lackluster protection. Namely, being only shielded by up to 20 mm of steel plating, the Ratel ZT3-A2 is just about protected enough to withstand machine gun fire and shrapnel. Furthermore, the vehicle’s rather large profile also makes it much more susceptible to detection by the enemy compared to other, similar vehicles. Subsequently, the Ratel ZT3-A2 will have to rely on its mobility for protection just as much as it does in the offensive.

Commenting is no longer available for this news
Rules
Dozer15
76

It's funny that Germany can repeatedly get 9.0 and above vehicles, even vehicles that aren't german, but France can't even get one. Germany is the last nation that needed another 10.0, and definitly didn't need another 9.3. France however needs both, and sees nothing. The truth is obviously parity is the last thing on your mind. Just move the French tree into the German one. You apparently care that little.

This is a Devblog about a British vehicle, go complain about France/Germany on the forums, reddit or a relevant devblog.

Aethersprite, same goes to you

jesus christ this has nothing to do with France OR Germany, shut your mouth

Alaska_chan, Oh yeah sure because we are most likely to not see anything for France by the looks of it. How are you supposed to comment under something that doesn't exist?

Well the italians still do tho because it is not like minor tech tree vehicles will be that competitive anyway... Centauro Gang is still dominating imo

TaserDonut, If you saw the dev server you would know that britain got the Roikat MTTD with a 105mm gun so look out with your Centauros.

Nowhere, it most likely isn't coming this year so stop asking. It has been denied many times because the whole vehicle is classified, and yes, you can argue that the T-72B3 was added and that was developed in 2010 (2016 with the UBH armour package), but that is just a T-72B but with Kontakt 5 on the turret and Relikt on the sides (Relikt is classified but it is known that its roughly twice as strong as Kontakt 5, so thats easy to guess).

cooltank747, The type 90 has entirely fake stats, why not just add the 10 and give it the same treatment, Gaijin probably won't get it right anyways, so I don't see why we can't get it.

you just gotta face the pain that it isn't coming soon

Very nice Gaijin just want to say thanks for adding some much needed mobility to the UK tree shame its probably gonna get over ran with french mains :(.

Im personally looking forward to the 20mm one :))

NigelWigglwattle, Don't warry/hope, it won't never will be powerfull as the R3!

cooltank747, Good thing about a South African tech tree is many of these vehicles have seen action unlike many of the fake tanks which rule WT. Apart form US,UK,FR,BRIT and some older Chinese, where did any Italian vehicles fight wince WW2 ? Libya maybe.....

FInally some mobility for the UK ^^

yes its really good. now you can spawncamp the enemy after 20 seconds from the start not 30...

reazn, British? Spawncamp? They barely make it to the middle of the map before match ends.